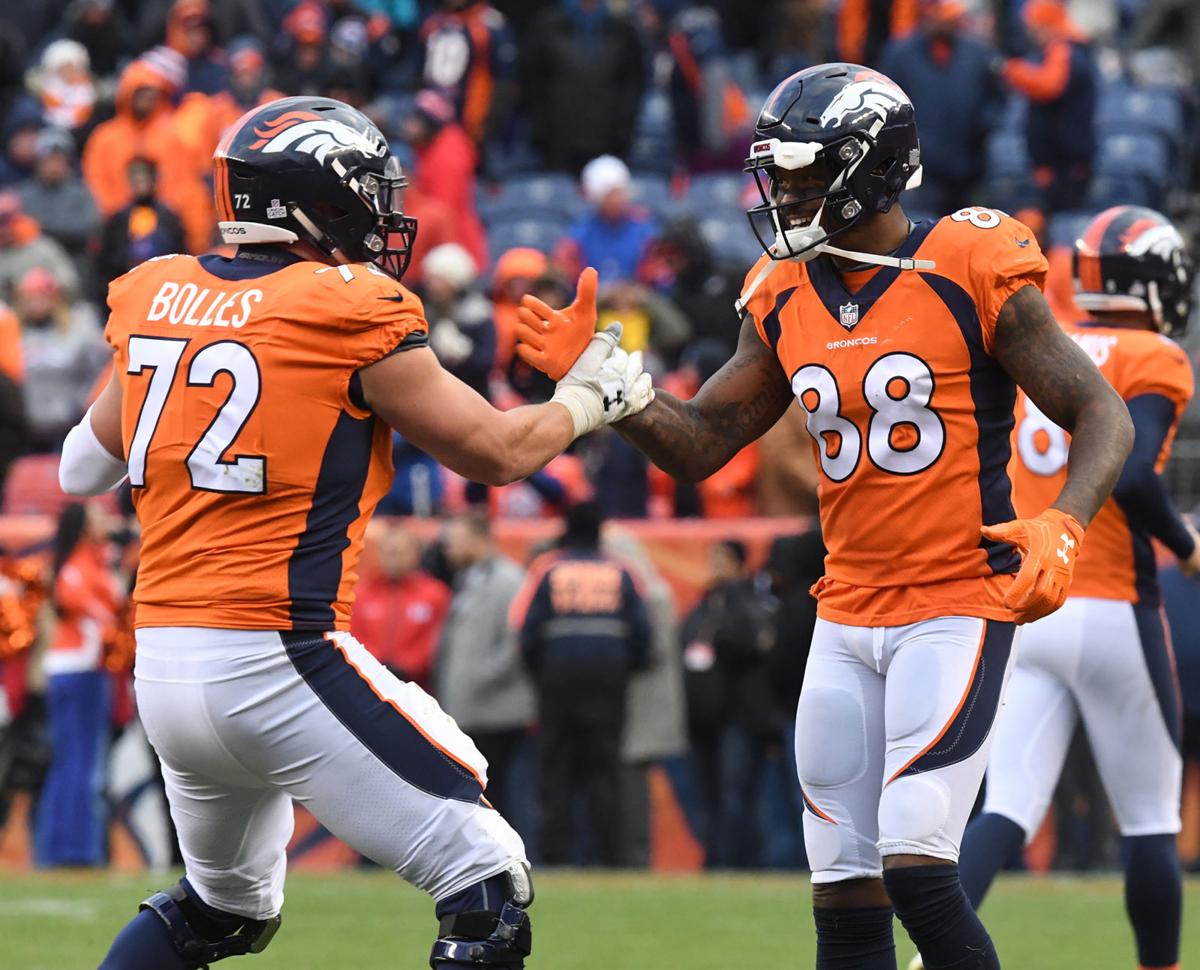 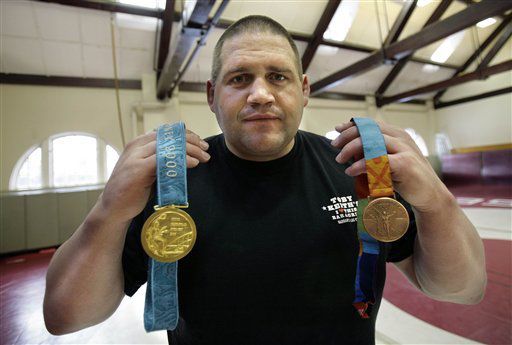 Rulon Gardner holds his gold and his bronze Olympic medals Feb. 27, 2007, after giving a motivational talk to students and faculty at the Middlesex School in Concord, Mass.

Rulon Gardner holds his gold and his bronze Olympic medals Feb. 27, 2007, after giving a motivational talk to students and faculty at the Middlesex School in Concord, Mass.

“I want to be the best Greco-Roman wrestler in the world,’’ Rulon Gardner told me in 2000.

“I want to be the best tackle to play this game,’’ Garett Bolles said Tuesday at Dove Valley.

Gardner, once mocked as a fat farm boy and later sacked as a college football player, became the Olympic gold medalist, beating Russian bear Aleksandr Karelin in the most remarkable individual upset ever.

Bolles, who was ridiculed as a kid troublemaker and condemned for three years as a Broncos offensive lineman, has been named the midseason All-Pro left tackle by Pro Football Focus and is a cinch to be selected to the Pro Bowl.

Gardner and Garett, a combined 584 pounds and 12-foot-7 of mass, are my two favorite underdog overachievers.

They may look like Yetis and have been treated like abominable plowmen, but the G-Whiz Guys are tough, ready teddy bears who overcame the system and their own failings. To those who booed and were cruel to them, shame on you.

Rulon is 49; Garett will be 29 next year. Unfortunately, they have never met. Both members of The Church of Jesus Christ of Latter-day Saints, they are alike and would like each other.

Twenty-one years and 200 miles of separation, Gardner grew up in Afton, Wyoming, as one of nine children on a milk farm, and Bolles lived as a youth in Lehi, Utah.

Neither was a good student and didn’t seem like a future collegian or someone who would be successful in sports. Eventually, though, each found his way in life.

Rulon lived and trained at the U.S. Olympic Training Center, and his mission was to compete at the Games in Australia. Bolles was sent on a mission by the church and spent a year in the Springs while he dreamed of playing college football.

Both made it to junior college, then to a major university. Gardner received a football scholarship to Nebraska, but played only briefly before concentrating on wrestling and earning his degree. Ultimately, he earned a spot on the Olympic Greco-Roman team. After receiving a scholarship to from Utah, Bolles continued to grow and learn and was drafted 20th overall in the first round by the Broncos.

Rulon and I first talked when he was preparing to travel Down Under. He was one of the most pleasant, humble young athletes I’d ever interviewed as he discussed fantasizing about a match against the great and powerful Karelin, who didn’t lose an international or Olympics match over a 13-year span.

I was among few media types who watched him in the finals in downtown Sydney. Nobody gave him any chance.

Gardner decisioned Karelin 1-0, and America bowed in adoration. I met the champ for the first time after the miraculous match.

Rulon also won the world championship, then a bronze medal in the 2004 Olympics as he retired. For years Rulon spiraled out of control, but the last time I talked to him in Denver, Rulon seemed to be making a comeback. Now he is an insurance salesman, a motivational speaker and a high school wrestling coach in Utah.

Garret got involved with gangs, drugs and petty crimes while in junior and high school in Utah and was kicked to the curb by his father. On the sidewalk a friend’s father took him home, made a list of stringent rules and ordered Bolles to join the family at church every Sunday and work at the man’s repair shop.

Bolles swung his life 180 degrees. When we first talked on the phone in ’17 before the draft, Garett reminded me of Gardner in attitude, humility and determination. I recommended the Broncos pick him, but was shocked when John Elway did. The next day Garett and I met for the first time.

For three seasons Bolles was considered a joke at left tackle, and ‘72’ became synonymous with “holding.’’ The Broncos refused to pick up his fifth-year option. Yet, every time I spoke to him in the locker room, Garett remained upbeat and declared he would get better.

He could win the league’s Most Improved Player award and will sign a new contract from the Broncos or another team for multiples of years and 10s of millions of guaranteed dollars.

To improve during the insane offseason, Garett “practiced my setup in the kitchen in bare feet with my wife rushing me.’’ As a child Rulon carried 20-pound milk jugs over each shoulder.

Gentle giants Rulon Gardner and Garett Bolles did ascend to be the best.

Rookie center Lloyd Cushenberry has played every snap for the Denver Broncos this season. And while he's been far from perfect, the LSU product is starting slowly to get better every Sunday.