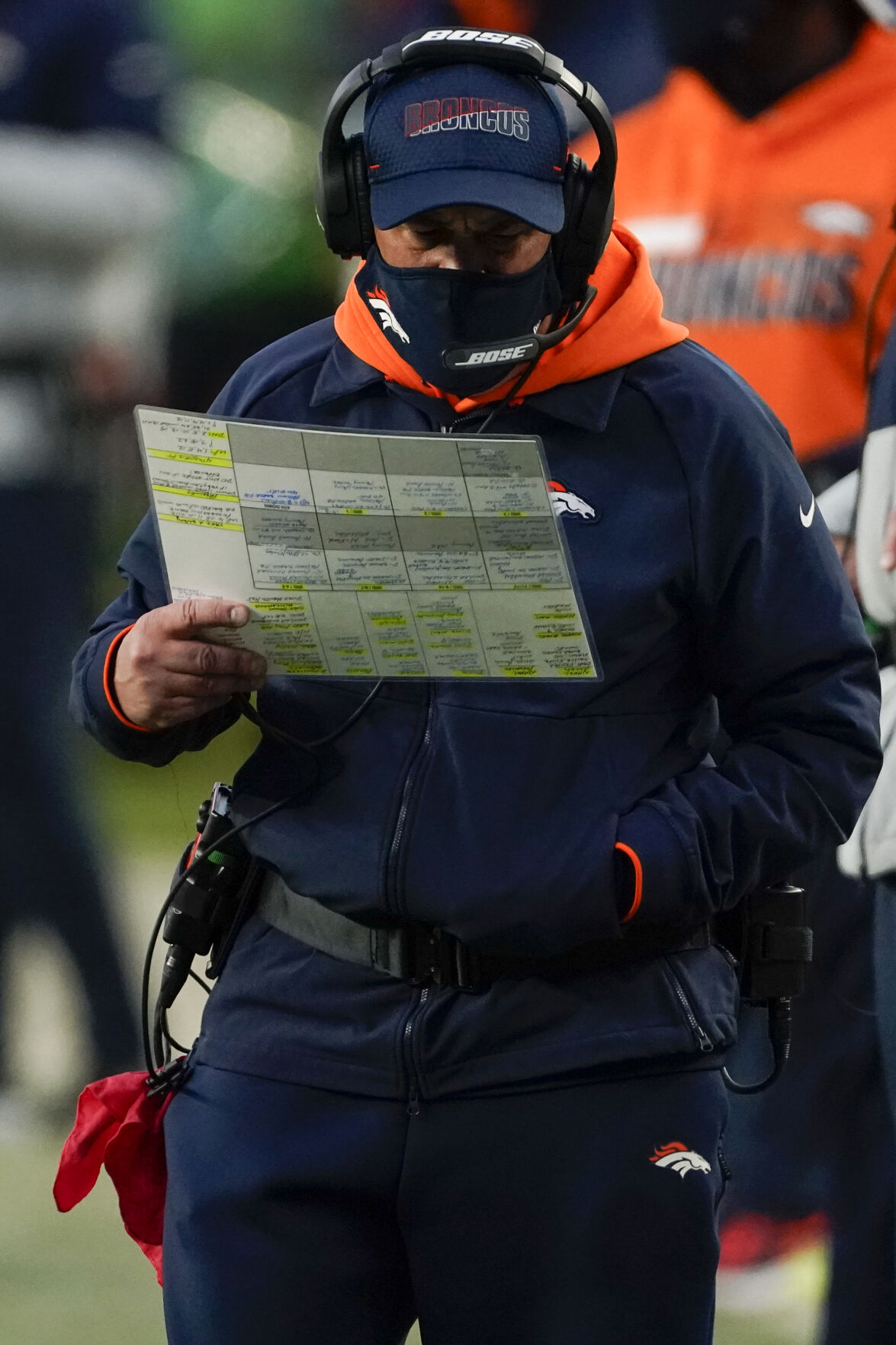 Broncos coach Vic Fangio looks at a play sheet Sunday against the Saints in Denver. 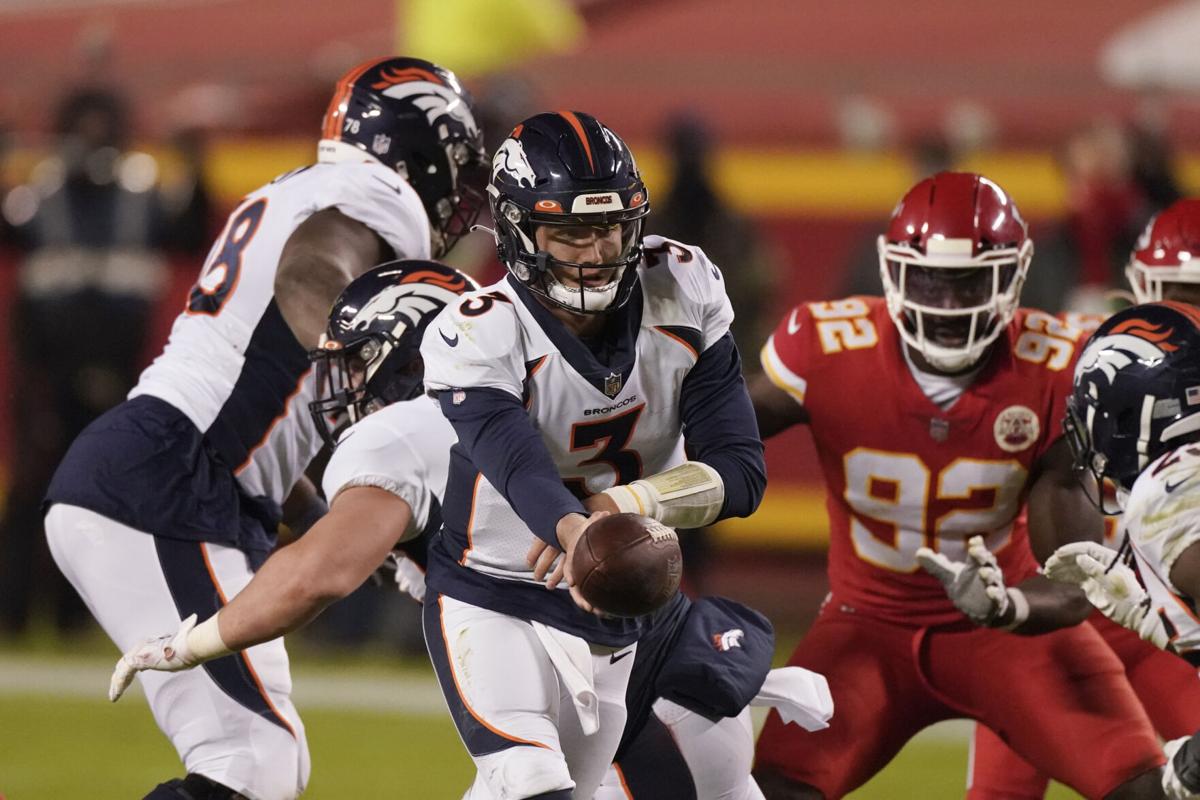 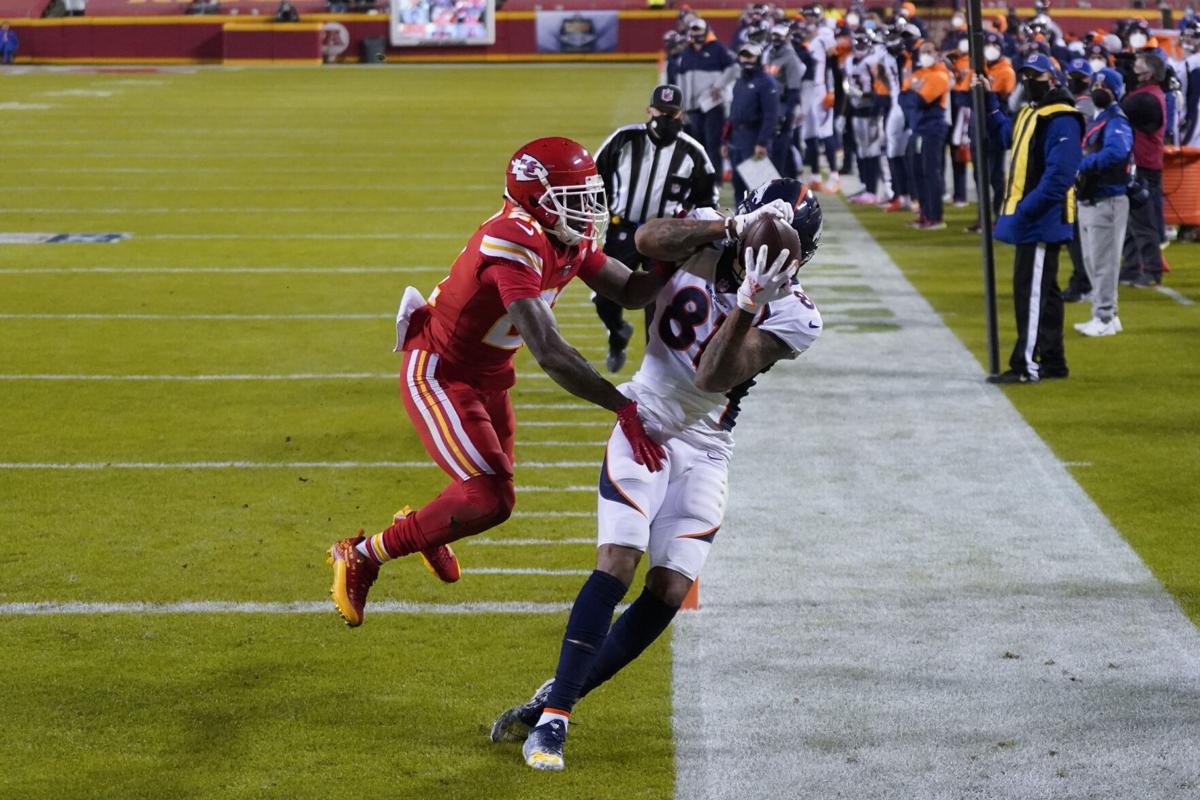 Broncos coach Vic Fangio looks at a play sheet Sunday against the Saints in Denver.

The Broncos played most of Sunday night’s game like Dutch kid Hans Brinker.

But, after plugging along for almost three hours, the dam dike broke.

With 6:13 remaining in the final quarter, the Broncos came to their Waterloo — fourth and 3 at their 49-yard line. They trailed the Chiefs 19-16.

Vic Fangio opted to punt to the NFL’s most potent offense.

“At some point you’ve got to get a stop,’’ the coach said. The thunderous response could be heard from Denver across the Rocky Mountains as Broncos loyalists screamed: “Go for it.’’

Here's who could emerge owning the Broncos amid the bickering Bowlens

“In retrospect, we probably should have gone for it.’’

Vic was being his own detractor trailer.

You don’t give the ball up to Patrick Mahomes and K.C. and the Sunshine Band, a team the Broncos had lost to 10 consecutive times, a team that is the defending Super Bowl champion, a team that has fallen only once in 2020, a team that will do a “blue by you’’ faster than a midwestern zephyr or Roy Orbison.

With Mahomes doing another Cirque du Soleil-type pass — running to his left and throwing back to his right for a critical completion — and then handing off to consume the clock for five minutes before the Chiefs kicked a field goal, the Broncos didn’t have timeouts or time to score a touchdown in the final minute.

Broncos quarterback Drew Lock finished the game just as he started it — with a doomed interception picked off by Tyrann Mathieu, the “Honey Badger.’’

The game was slip-sliding away when the Broncos had their opportunity to pick up a first down just past midfield and, at the worst, kick a field goal for a tie. Instead, they got a participation ribbon for their effort and a midnight trip back to Colorado with a 4-8 record and nowhere to go except Carolina on Sunday.

The Chiefs will win the division once more, and the Broncos will end up in third place with a predominantly blue Christmas.

As so many coaches and losing generals before him, Fangio said there are “no moral victories.’’

It didn’t matter that the Broncos scored first (field goal), led 10-3 in the second quarter, with a touchdown pass from Drew Lock to Tim Patrick, still were ahead 10-9 at intermission and were only three points behind as the fourth quarter began.

It only matters if someone had a bet on the Broncos to stay within two touchdowns of the Chiefs, or, as defensive lineman Shelby Harris says: “We know we can play with the best of them.’’

It might matter that the Broncos held Tyreek Hill without a touchdown catch, if you don’t count the two touchdowns that didn’t count. On the first Hill bobbled a throw into the end zone, and nobody — including the officials, coach Andy Reid, the few fans in Arrowhead stadium and Hill his own self — realized that he actually wound up with possession that should have been ruled a score. On the second Hill definitely caught a touchdown pass, but the play was voided because of a Chiefs’ holding penalty.

Lock made his return to his hometown and his return to starting after a big blunder. Other than his two picks, Lock played calmly, but not brilliantly (15 of 28 for 158 yards and two touchdowns to Patrick), but he still remains last in the league in passing percentage — under 60.

The Broncos can’t depend, though, on a quarterback who has thrown interceptions in seven straight games and has yet to adequately prove himself as the future leader of the Broncos.

Harris, finally and thankfully back after being sideline because of being exposed to the coronavirus, should be called “The Batman’’ or the “Sultan of Swat’’ after knocking down two of Mahomes’ throws to continue being the strong arm of the Broncos’ defense.

The Broncos did hold the Chiefs to only 22 points and three field goals, but the Broncos scored only 16 points — which has become the norm around these parts for five season of ineptness and no postseason.

The Broncos were almost up Sunday night.

But they continue to be almost always down.

Where’s Hans Brinker when the Broncos need him?

Broncos give valiant effort, but come up short in 22-16 loss to Chiefs

With 6:13 remaining and the Broncos trailing by three and facing a fourth and 3 from their own 49-yard line in a game no one expected them to …