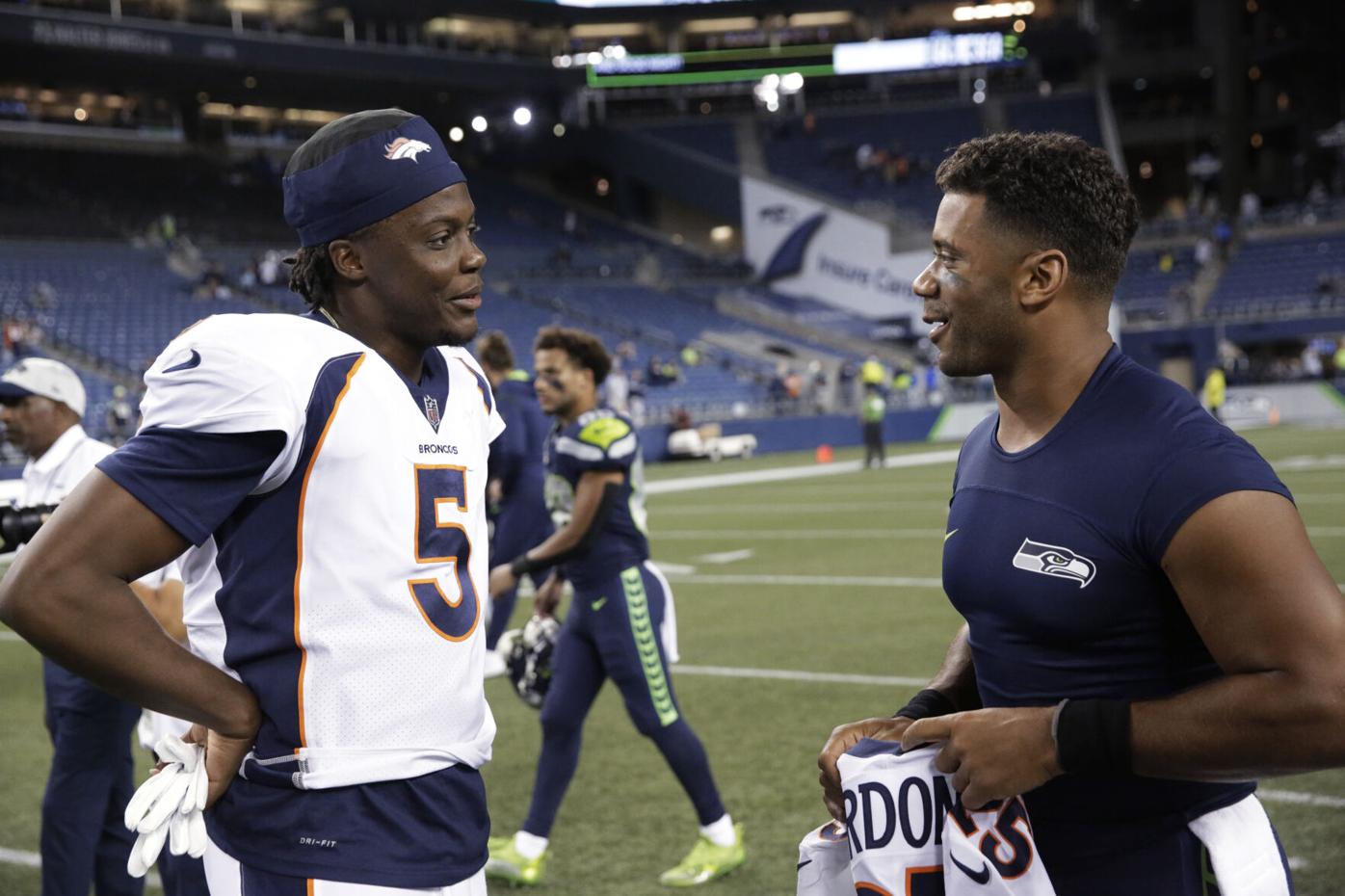 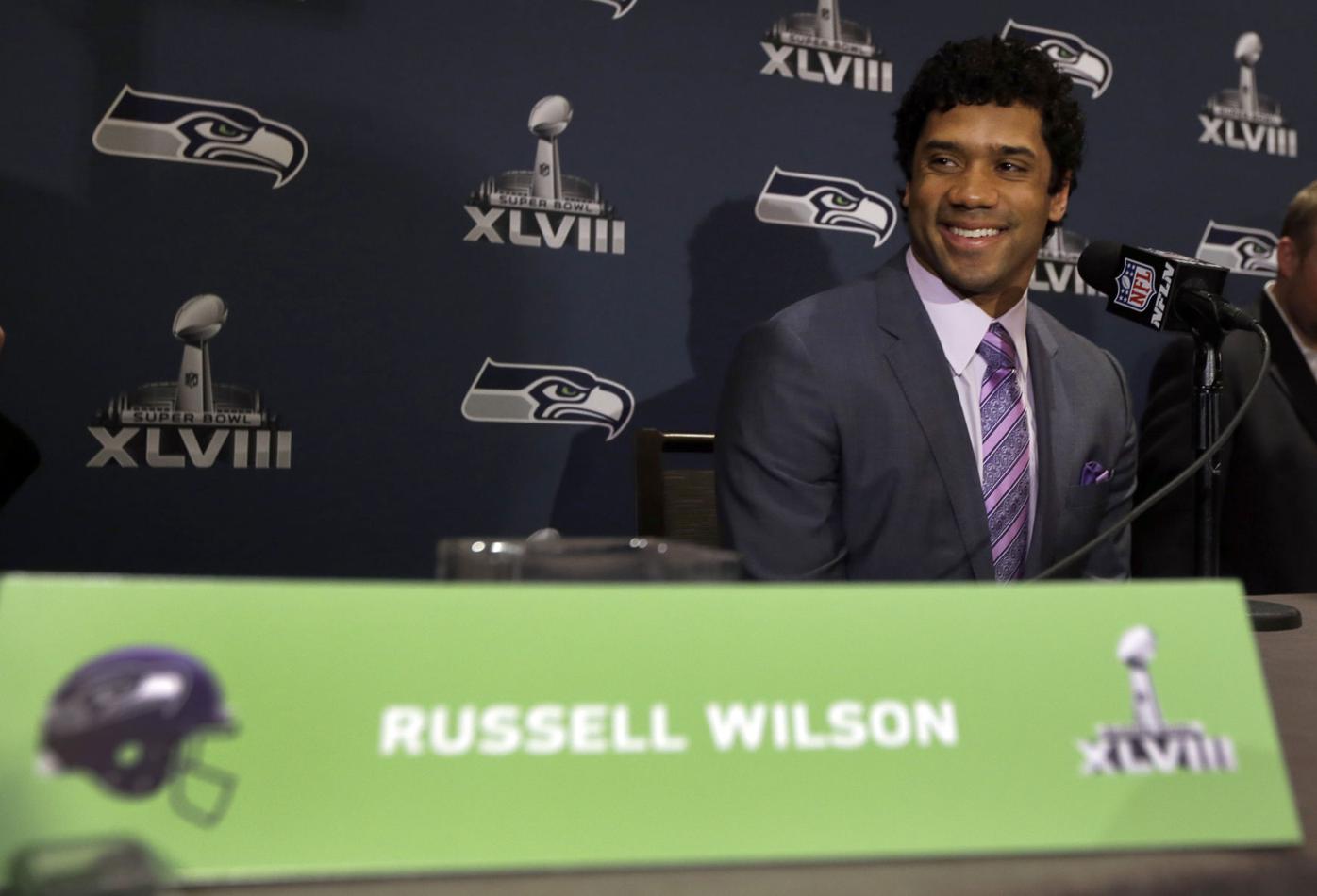 DENVER — With the 140th overall pick in the 2010 MLB draft, the Colorado Rockies selected...

Is 2022 finally the year “Mr. Unlimited” fulfills his destiny as a pro athlete in Denver? It won’t be with the Rox, who saw their draft pick play Low-A ball for the Tri-City (Wash.) Dust Devils, Single-A ball for the Asheville (N.C.) Tourists.

We also have dust devils and tourists here.

But it could be with the Broncos. That’s according to an “insider” report from Jordan Schultz. Who’s Jordan Schultz? No idea, but he got me out of writing about the Broncos-Lions game at Empower Field at Mile High on Sunday.

According to the report, Wilson would “strongly consider” waiving his no-trade clause for three teams: Giants, Saints and... your Denver Broncos. See, isn’t that more fun than Broncos-Lions?

The Broncos infamously faced Wilson and the Seahawks in Super Bowl XLVIII. It didn’t go well. It went so not well I had a friend leave his $1,000 seat at halftime. He went to Taco Bell.

But in the week leading into the game, Wilson said baseball was his "first love" and best sport. He hit .228 with three home runs and 15 RBI over 61 games with the Tourists. Russ was lying.

Wilson and the 'Hawks then inflicted pain on Peyton Manning’s Broncos in a 43-8 triumph.

Come here, all is forgiven.

Things change, but the Broncos currently possess the projected salary cap space (an enormous $48.4 million, according to Ben Allbright of the excellent “Broncos Country Tonight” on 850 KOA) and draft capital (11 picks, including five picks in Rounds 1, 2 and 3) to shake and bake their way into a Russell Wilson sweepstakes. I’m in. Shake and bake. You?

It’s easy to see why the Broncos would be interested in Russell Wilson. It’s hard to see why Wilson would be interested in the Broncos. They don’t know who the owner after this season will be. They don’t know who the coach after this season will be. They haven’t been a playoff team since revelatory running back Javonte Williams was a high school junior. Hmmm. Maybe that’s it. Maybe “Pookie” Williams reminds him of Marshawn “Beast Mode” Lynch?

Wilson has said in media interviews he hopes to own an NFL team someday. Cool. The Broncos could work that into the contract. He’s also said he wants to play “20-plus years” in the NFL. Even cooler, since he’s only halfway there. If it's not the Seahawks, his next team has its quarterback of the next decade.

His Hawks are 4-8, riding the struggle bus, and there’s a rumor going around Wilson’s lost his mojo. Has he actually lost his mojo? I asked Tim Jenkins, a Denver-area dude who played quarterback in the NFL, runs the “Tim Jenkins Elite” quarterback camp and studies quarterbacks on the side just for kicks. He’s really good at studying quarterbacks.

“He (Wilson) is 100 percent still the same guy,” Jenkins said. “His fall-off this year reminds me a ton of what Aaron Rodgers went through in his first year with Matt LaFleur (in Green Bay)."

“I think when you look at the All-22 (game film), Wilson's going through some of the same growing pains with his eyes and progressions, but I also think he still shows you that elite ability to extend plays as well. And he still has that ability to get the offense in and out of the right play — something the Broncos haven’t had since Peyton Manning.”

Sounds great. Shake and bake. Full disclosure: I have found tremendous enjoyment watching Russell Wilson play quarterback since his days at N.C. State and Wisconsin. My favorite part is when everything around him falls apart.

Should the Broncos pursue Aaron Rodgers or Russell Wilson? The answer is yes. But Wilson’s age (he turned 33 last week) makes him a more desirable risk than Rodgers, 38. Still, yes.

After the Paxton Lynch and Drew Lock episodes, the Broncos have not shown they can identify or develop a young quarterback. Likewise, general manager George Paton helped the Vikings to the playoffs with six different quarterbacks, so they couldn’t find one either. What we know is Denver’s stopgap act at quarterback has only stopped the winning and increased the gap.

The Yankees now own the rights to Wilson’s MLB career. The Rockies now are the Yankees’ Class-A affiliate. See, lots of connections here. The Broncos should be all about this opportunity.

Maybe Wilson and the Seahawks kiss and make up and he never becomes an opportunity. But you can imagine it now, since it’s more fun than this Broncos-Lions game: Wilson’s trademark sign-off of “Go Hawks” sure sounds a lot like “Go Rox.” Denver had him first, you know.

ENGLEWOOD — Broncos running back Melvin Gordon was his honest self Thursday.