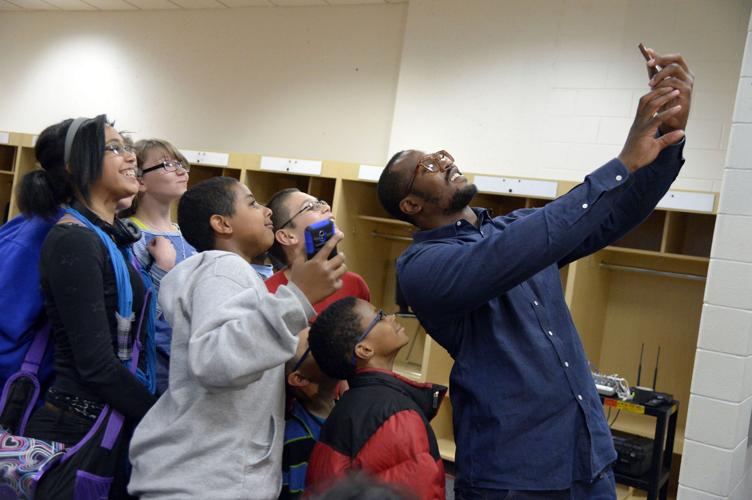 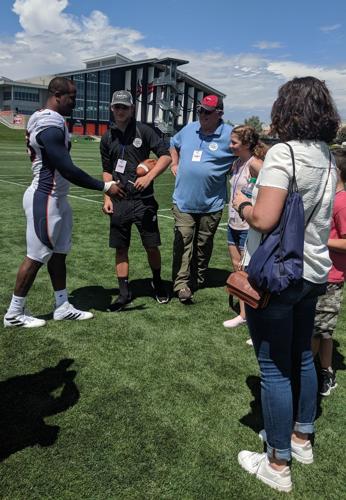 DENVER — You might laugh about this, but one thing I’ll remember about Von Miller is his mom.

True story. Gloria Miller never misses a thing. “Football, basketball, PTA (meetings),” as Von once said, and that was true right up until the bright-and-early ceremony where Roger Goodell handed him the MVP trophy the day after Super Bowl 50. Von likes to party, but he was on time.

“Go shake that man’s hand,” she said about a random fan, and Von went and shook his hand.

Boy, this is a tough one. The Broncos traded No. 58 to the Los Angeles Rams for a pair of draft picks on Monday, 24 hours before the deadline. It's what I wrote the Broncos should do — now let’s see if general manager George Paton can turn second- and third-round picks into the next face of the franchise. That’s what Von Miller was — for most of his 10.5 seasons here — and now the Broncos need a new face. Von gone, who’s on the billboard or Monday Night Football intros?

They don’t have one. The next one needs to be a quarterback, and this haul helps that cause — either in a trade up in the draft, or in a trade for Aaron Rodgers, Russell Wilson, one of those.

It was back in July at the MLB All-Star Game I went down a mental rabbit hole and tried to figure out how Von captured Colorado’s heart. Yeah, yeah, 110.5 sacks, "Dancing with the Stars," Super Bowl 50. But this was rock-star stuff: Coors Field full of baseball Hall of Famers, rappers, country dudes, YouTube whatevers and Shohei Ohtani, and the loudest cheer roared down on a football player during a celebrity softball game.

The numbers are a fun walk down recent memory lane: 110.5 sacks (tops in Broncos history and the NFL's most since 2011, when John Elway made Von his first draft pick), three first-team All-Pros, eight Pro Bowls (in eight healthy and full seasons). Wild stuff.

But the Colorado love, which is now California love, was never about the numbers. Aside from the football stuff, I think it was this: Von appeals to everyone because he’s a little bit of everyone.

He’s an aspiring fly fisherman who hangs with Quavo. He’s pro-police to the tune of a $200,000 donation to local law enforcement while also leading a protest march through Civic Center Park. He’s a golfer in a cowboy hat. He got here as a young man who skipped court dates who’s now leaving as a Dad. He’s flawed. He’s “blind as a bat” and asthmatic, somehow playing that long in our thin air. Von shares more chicken knowledge than any man should, and his long-form dissertation on the difference between "layers and fryers" belongs next to his Pro Football Hall of Fame bust.

Only Steve Atwater ranks above Von Miller among the Broncos’ greatest defensive players.

He’s also going to need a new golf coach. The last Bronco standing from Super Bowl 50 is Brandon McManus, and he’s still here. Peyton Manning once presented Von Miller with a Walter Payton Man of the Year nomination. Sunday, Manning was inducted into the Broncos Ring of Fame. Monday, Miller was traded to the Rams. And all of that is a good example why you always skip school to attend the parade and stay up late to watch Nathan MacKinnon and Nikola Jokic make magic. Playing in one place is so John Elway. In the words of Ferris Bueller, “Life moves pretty fast. If you don’t stop and look around once in a while, you might miss it.”

Trading Von was a first step by the Broncos, but that doesn’t mean it’s easy on the heart.

Dabbing on Cam Newton. Trying to get Philip Rivers to swear. Dancing over Tom Brady, again.

Von's a Texan who embraced Colorado. He could buy a Stetson in Weld County, fish South Park, DJ in Lodo. Competitive like Patrick Roy, Von once claimed he never lost of a game of Connect 4 in the Broncos locker room. (One day he did lose, and good Lord it sounded like someone stole his Stetson.) Fun like Jokic, he once gifted red wine to AFC West rivals. But this professional marriage was entering Todd Helton territory, a franchise pillar who had been the face of the franchise for longer than necessary.

The other stuff, off camera, was priceless too: One training camp afternoon in August, the Broncos invited the family of the late Ryan Sartor, a Fort Carson Green Beret. Von gathered through the grapevine that Sgt. Maj. Sartor’s widow was from Odessa and a Texas A&M fan.

Von handed a football to the little girl — a hero’s daughter who had lost her dad.

The family cried a little.

Von Miller is dancing with the stars again in Los Angeles.

Everything old is new again at the 81st Annual Pike’s Peak or Bust Rodeo!
Tweets by csgazette