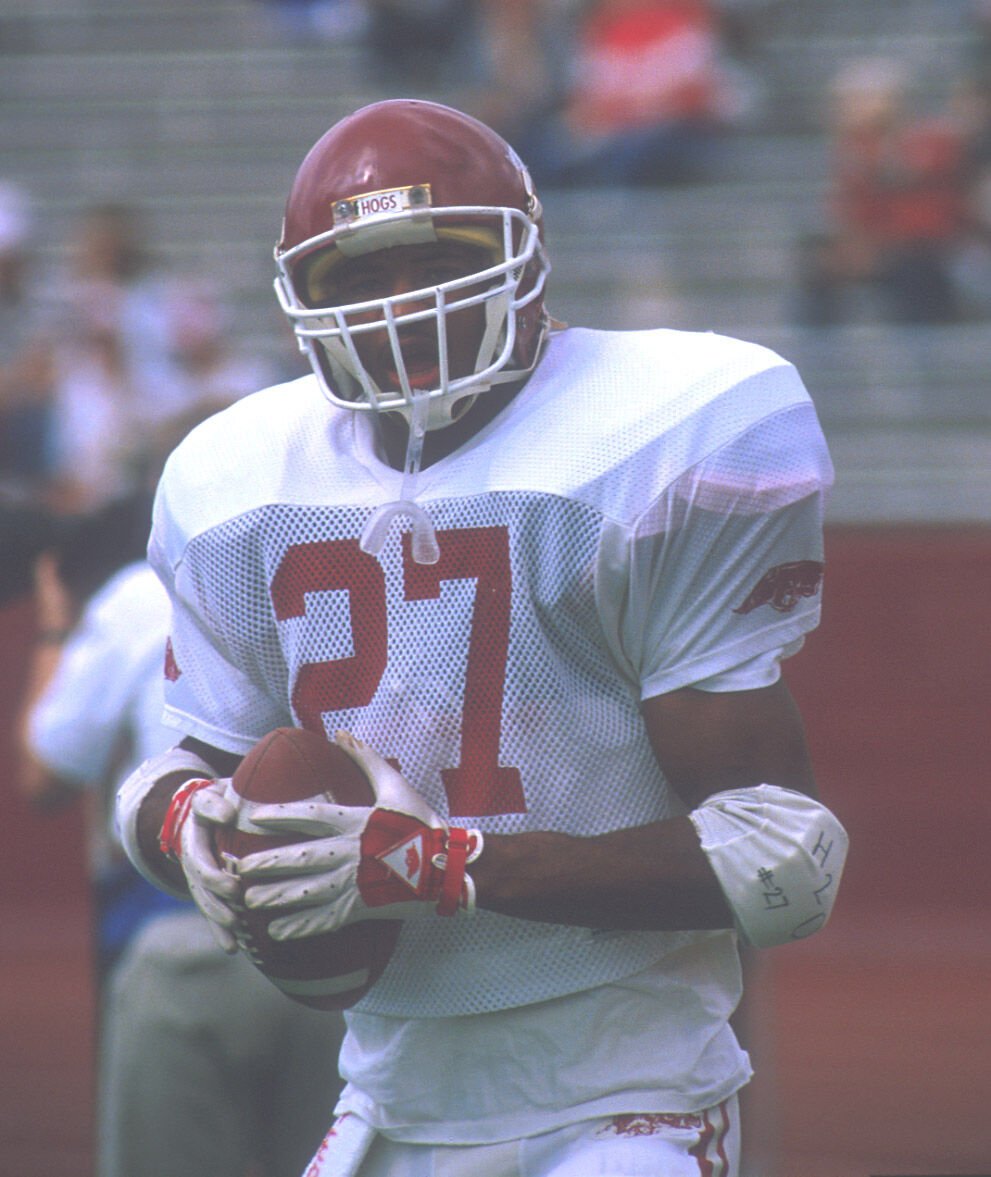 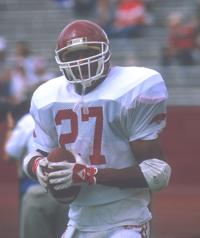 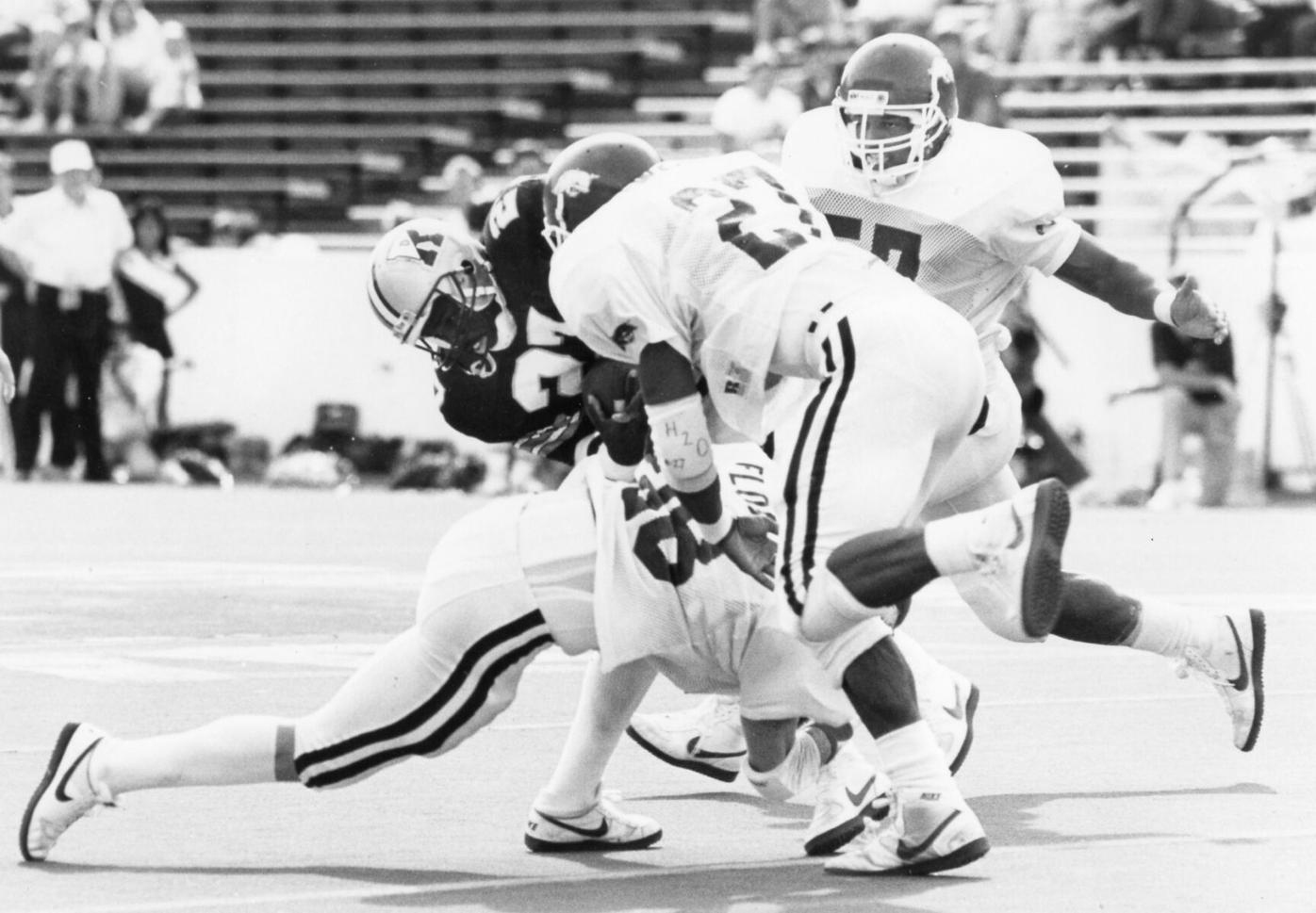 DENVER — How the Broncos came to draft the best defender in franchise history is a lesson in gut instinct. And belief, and trusting a man's character, but mostly gut instinct.

Truth is, they fibbed a bit, fudged the numbers. They shelved conventional thought, believing Steve Atwater had something inside him more valuable than a 40 time on a spreadsheet. Much more. Pro Football Hall of Fame more.

Ron Hill was the Broncos chief scout, answering to Dan Reeves. On the day Hill traveled to Arkansas for an Atwater workout — maybe seven or eight days prior to the 1989 NFL draft — the Razorbacks safety ran the fastest 40-meter dash of his life. True story. Kind of.

“He wasn't a speed guy. But he ran pretty good that day in Arkansas,” Hill says now from his home in Jacksonville. “I made sure of that.”

Now that’s Hall of Fame scouting: trusting your own eyes when the stopwatch says the other guy holds an edge ... then your guy is the only player drafted beyond the fifth pick to later reach the Hall of Fame. Atwater’s induction is Sunday, and a huge number of teammates and coaches from the ‘80s-'90s Broncos booked their Canton hotel rooms a year ago. Like Ron Hill.

“Steve Atwater is absolutely one of the greatest players this game has ever seen,” says Hill, who spent 10 seasons helping lead the Broncos scouting department.

While drafting the quarterback-turned-safety out of Arkansas seems like a no-brainer now, it wasn’t without debate back then. Never is. The Broncos “had a need at safety,” Hill says, and Denver’s big board zeroed in on two prospects at No. 20: Atwater and Louis Oliver. Both were SEC products. Both were viewed as worthy first-rounders. Oliver, an All-American at Florida, had the speed and measurables of a sure-fire stud at safety. He became one with the Dolphins, an All-Pro. Miami took him five picks after the Broncos took Atwater. But plans had been cemented before the draft when Hill and Broncos GM John Beake met with Reeves to solidify their board.

“We were getting late into draft meetings and going back and forth as you do, evaluating guys and lining everything up. Finally, it came down to one thing. I asked Dan: ‘What’s the most important thing for you in this player? What does he have to have?’” Hill says.

“We were weighing the pluses of Steve and the pluses of Oliver. Both were really outstanding players,” Beake says from his home in Winter Park. "The key was leadership. That’s what convinced Dan to listen what Ron was saying about Steve. The Broncos were looking not only for a player — they wanted a leader to lead their defense for a long time. Steve fit that bill."

“Ron Hill really had a lot to do with getting Steve to the Broncos,” Beake says.

Atwater joins John Elway, Shannon Sharpe and Terrell Davis as Hall of Famers from the Broncos’ Super Bowl XXXII and XXXIII teams. Gary Zimmerman is a Hall of Famer from Super Bowl XXXII. Atwater is the second Broncos defensive player elected to the Hall of Fame after Champ Bailey. What took so long is another story.

Pro Football Hall of Fame | The 14 Broncos enshrined in Canton

The ’89 draft was thick with spectacular players and Hall of Famers — at the top. Troy Aikman, Barry Sanders, Derrick Thomas and Deion Sanders went in the top five. But after "Prime Time" at No. 5, only one of 330 players later reached the Hall of Fame — Steve Atwater.

He was the first safety off the board, turning into an eight-time Pro Bowler, two-time All-Pro.

“I can’t imagine what my career would have been like if I would have gone to a different city, playing for a different team,” Atwater says. “It’s my personal belief that the team that you go to, the coaches you have, the players that you’re surrounded with makes a huge difference in your career. ... For me, all of those things were just perfect (in 10 seasons with the Broncos).”

Before he joined the Broncos personnel department and eventually lobbied for Atwater, Hill was “schooled in pro football” with the Tom Landry-era Cowboys. His football educators were the likes of Landry, Tex Schramm, Gil Brandt, Gene Stallings, Mike Ditka and the rest.

“Steve was that kind of player. Steve and Dennis (Smith), they were like linebackers. You couldn’t move them. That was a staple,” Hill says. “Think of those players — Cliff (Harris), Drew Pearson, Charlie Waters, (Ed) ‘Too Tall’ Jones. That’s what they were supposed to look and act like. I always said: ‘Does he look right?’ You’ve got to see him in your mind as a pro player. That was Steve. The intangibles that Steve brought to the Broncos, you couldn’t measure that.”

For the record, Oliver reportedly ran a 4.44 at the draft combine, Atwater a 4.68. That's an enormous difference, and I can't imagine in this analytics age it would happen again today. One report suggested Atwater “may be a bit slow for (the) secondary.” Another said Atwater was "considered the second-best safety, behind Louis Oliver.” Yet Denver liked Oliver, loved Atwater.

Three Broncos cultivated a winning culture in Denver. Now, they take their rightful place of honor in history.

DENVER — When John Lynch entered free agency in 2004 and Peyton Manning in 2012, both came to the same conclusion: Denver was where they wante…