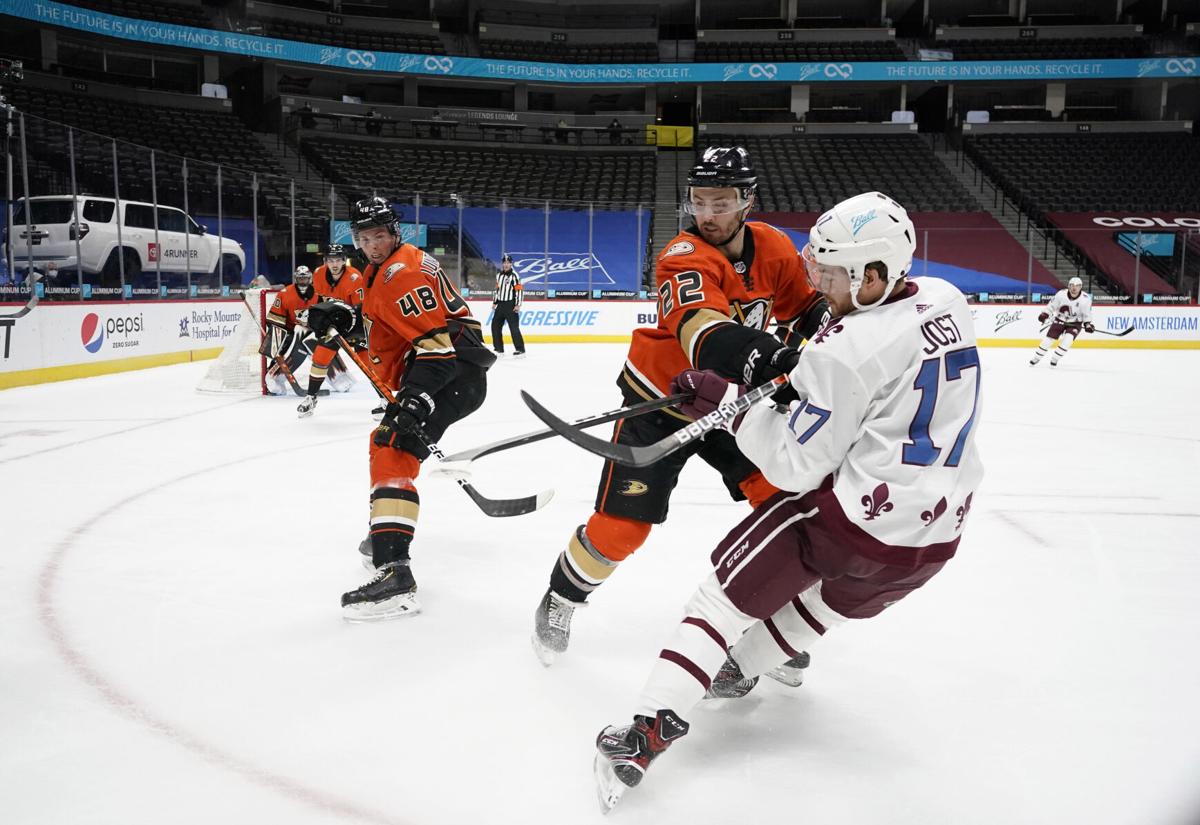 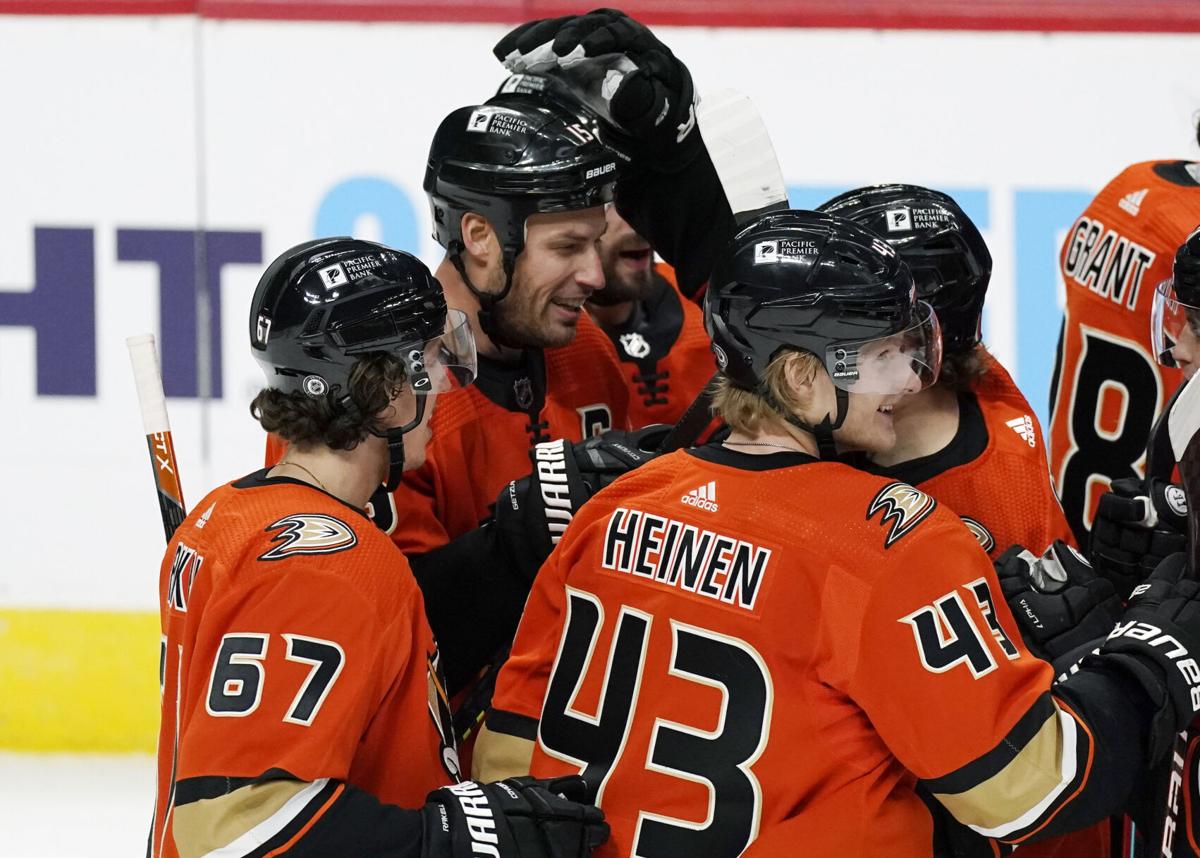 DENVER — Credit Avalanche coach Jared Bednar a bit here. He's a public figure who finally said out loud what a huge chunk of Colorado is thinking.

Why the heck aren’t there fans at Ball Arena yet?

OK, so he was nicer than that. Point stands.

“I wish we were playing in front of fans,” Bednar said to start a nine-game homestand, the longest in club history, and right now it would be played without a single diehard in attendance.

Same here, obviously. Saturday should've been the last game at Ball Arena without fans. Period. At this point, it’s beyond ridiculous the Avs and Nuggets are performing in front of nobody except media and Ice Girls, as the Avs did in a 5-4 overtime loss to the last-place Anaheim Ducks. The only states preventing teams from announcing an end to the fan ban are California, Illinois and Colorado. Colorado has gone full California and Illinois, and you never want to go full California and Illinois.

This absurd situation is not on Kroenke Sports & Entertainment, either. Be assured of that. Ball Arena hasn’t hosted fans since the joint was called Pepsi Center — March 9 of last year for the Nuggets, March 11 of last year for the Avs. This week marks a full calendar year of no gate receipts, no Fat Tire sales, no pricey MacKinnon sweaters leaving the pro shop. KSE is ready for fans yesterday, and Ball Arena will do a terrific job executing protocols. They already spray disinfect on (empty) seats after Nuggets games, and Saturday at the media gate I was given a KN95 mask to upgrade my usual mask. (Appreciate that, by the way.) These teams are waiting ... and waiting ... on the green light.

Same for the locals who work the games, rely on the games, and they are what matters here.

Right now 18 NHL teams in the U.S. already host fans or will host fans by the end of March, according to a report from Canada. The Avs are one of six American teams that have yet to announce a plan to host fans. KSE can’t apply for a variance until Denver falls into Level Blue on the state’s dial of dumb. It's still Yellow.

To prepare for the hockey game Saturday, I watched college basketball. And what do you know? Notre Dame hosted fans. Louisville hosted fans. North Carolina hosted fans. And over at Ball Arena there’s a Toyota 4Runner parked where fans should be seated and fake crowd noise that sounds like a Zombie kegger.

“I'm hoping at some point here (they will allow fans),” Bednar said. “Even this month, I’m seeing other teams put fans in the building. I’m hoping whoever’s making those decisions is going to let us get some fans in. I see Columbus get fans the other night. It gives their team a big spark. Looked like they played their best game in the month. Other teams around the league are doing it. I’m hopeful we can get some people in there and take advantage of that.”

The Avs have some issues of their own, but they're fixable and nothing to freak out about.

They need an established goalie to back up Philipp Grubauer. Hunter Miska, who allowed five goals to the Ducks, isn't ready for this. They need a burly forward to lay the smack down when teams inevitably start taking shots at the likes of MacKinnon, who missed Friday's and Saturday’s games after taking a shot. Did you see that Bruins-Caps game the other night? Boston’s Brandon Carlo was sent to the hospital on a play that wasn’t ruled a penalty.

It’s not like the Stanley Cup playoffs get friendly all the sudden, either.

They needed forward Mikko Rantanen to awaken from his slumber, and he did so with two goals Saturday. He also took a tripping penalty in OT that led to the game-winning goal from Anaheim's Ryan Getzlaf. The Avs strike me as a group that believes it’s going to be a Cup contender if it’s healthy, so get the fellas healthy in time for the playoffs and go from there.

Back to the fans, or lack of.

There’s now 12 months of evidence to show what works and what doesn’t, and Colorado’s still making decisions based on “models” of what might happen. They lead to orders the Denver mayor doesn’t even believe in, since he snuck out of town on vacation. They are models that were wrong over and over, from important and expensive stuff like field hospitals and ventilators, to other stuff like kids playing high school sports. They are models touted by a governor worth $300 million who has leveled Colorado with the fourth-worst unemployment rate in the country.

Gov. Jared Polis once referred to folks who aren’t keen on wearing masks as “selfish bastards.” Well, when you’re that rich, and you prevent everyday Coloradans from drawing a paycheck, who's the "selfish bastard" now?

Crack the padlock off Ball Arena. It's past time.

A pair of two-goal leads came and went and the teams went to overtime for the second straight night. Mikko Rantanen had previously finished a Colorado comeback and gave the team its first lead of the game, but took the penalty in overtime that led to a 4-3 Ducks win.