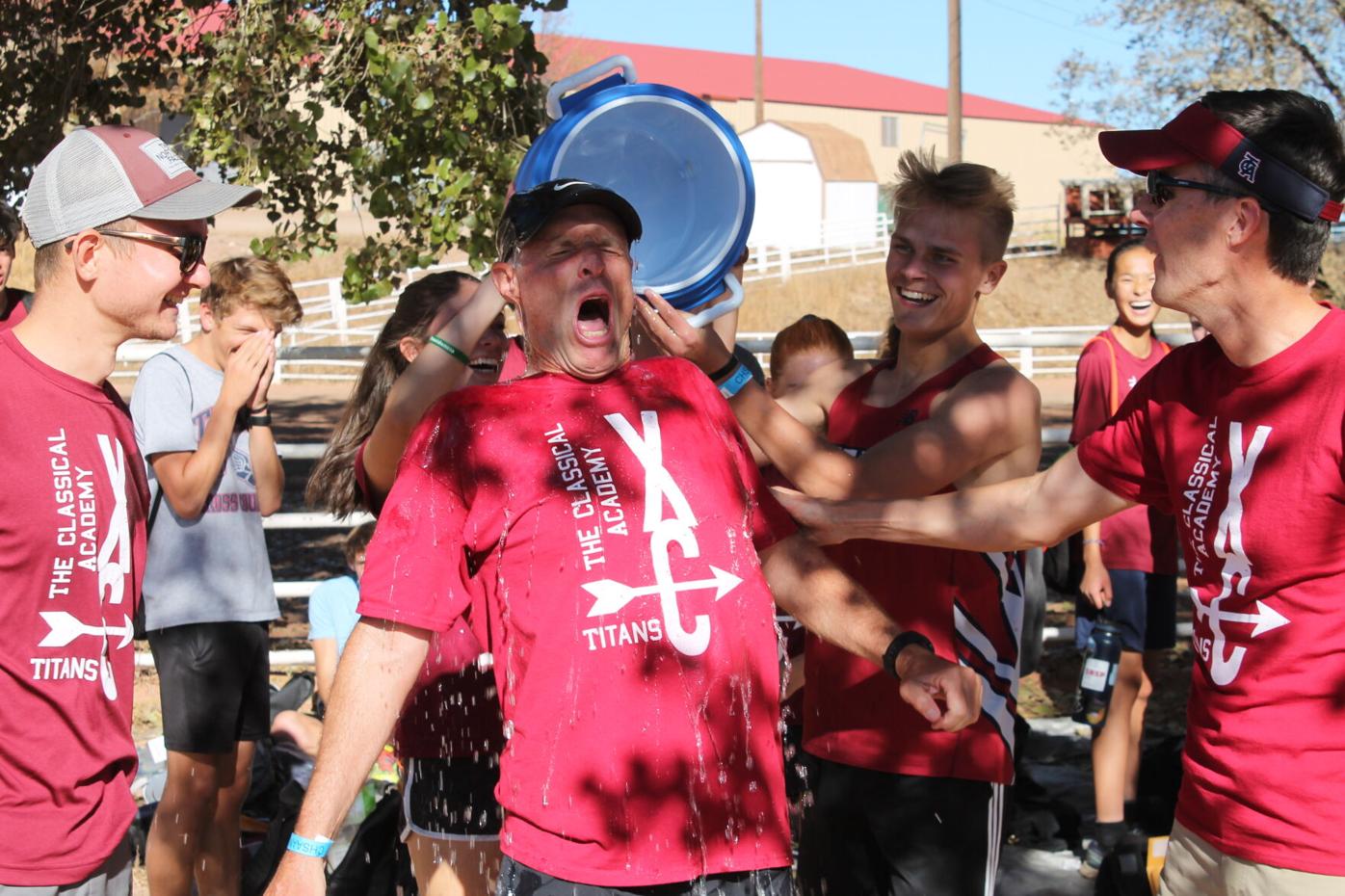 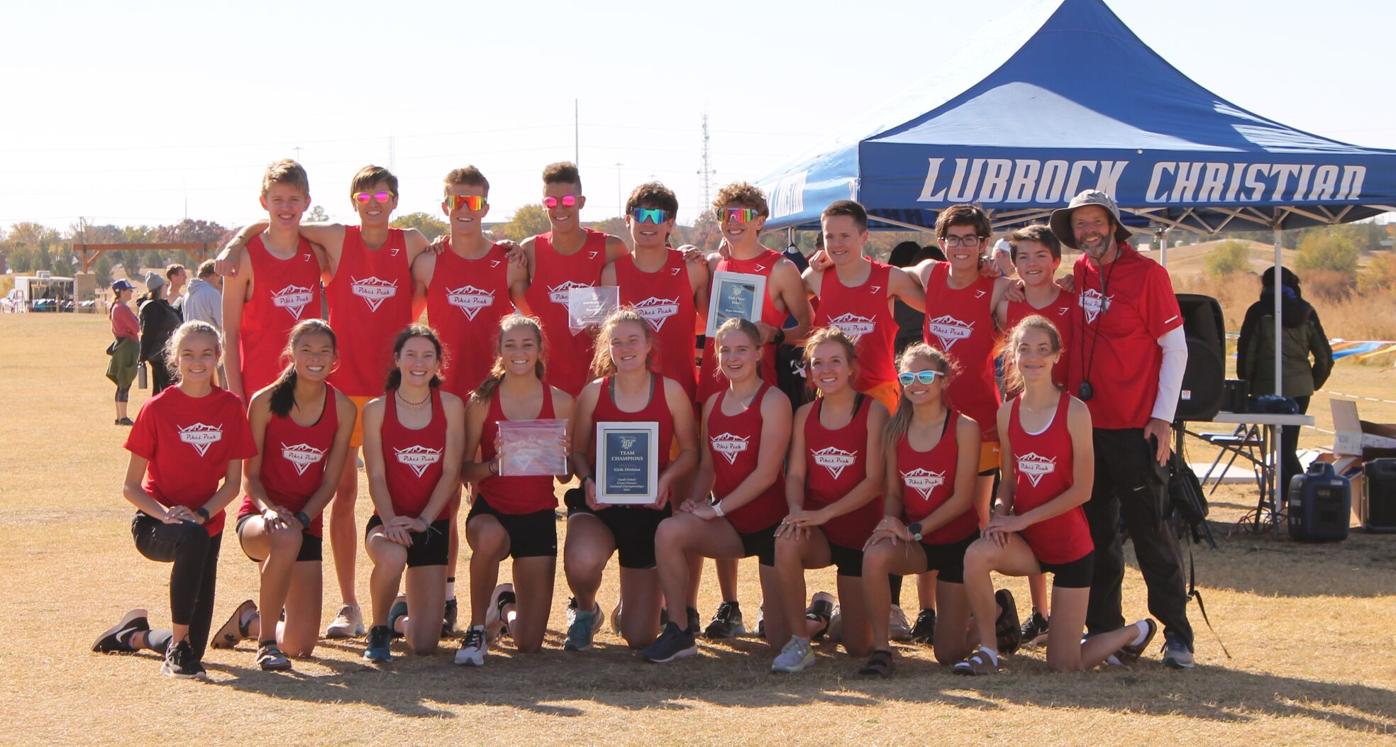 TCA was a regular participant at the Small Schools XC Nationals at Lubbock (Texas) Christian.

TCA was a regular participant at the Small Schools XC Nationals at Lubbock (Texas) Christian.

It was the Fall of 2000, the first cross country practice ever at The Classical Academy, a group run through the winding, wooded Air Force Academy.

“That's going through my head: How do I explain to Mom where her kid went?” Versaw says.

The kid’s name was Josh Sharp, and he became the first boy to run four years at TCA. On that day Josh was feeling his oats, and it wasn’t until he hit the Woodman Bridge that Versaw caught him.

For over two decades Versaw has been one of Colorado’s most impactful high school coaches in any sport. Now he’s retiring as the TCA cross country coach, Versaw told The Gazette — 21 state titles after he began the program with four boys and one girl on a group run through the Air Force Academy. There’s no way to properly thank a coach like Alan Versaw. Here’s a try.

“He’s been a gift to so many people,” says Emily Hanenburg, the great TCA cross country runner who later ran for the CU Buffs cross country program and now is a TCA assistant coach.

“What he’s been able to accomplish since starting a program that didn’t exist is just incredible,” TCA AD Gary Geiger says.

Really is. We could go over the all the successes — 14 state titles for the girls, seven for the boys — but the medals and trophies only kinda, sorta explain what Versaw has meant to nearly 300 runners at TCA. And it’s not only TCA students he’s impacted. It’s kids everywhere.

Versaw has been a huge part of the Small School XC Nationals hosted at Lubbock (Texas) Christian. He’s been a photographer for cross country runners across the state, with an affinity for the lower-level schools that don’t get the pub they deserve. He’s guided high school students on TCA’s annual backpacking trip into the Colorado wilderness and up 14ers. He’s a Colorado history buff. TCA road meets were equal parts competition and history lessons, stopping off at landmarks. He's a man of strong Christian faith.

He’s a 62-year-old who, after twin boys and girls state championships this fall, gathered his group of teenagers and told them: “You guys are my heroes. What you’re able to accomplish when you come together inspires me.”

There are coaches and there are life guides, and Versaw has been faithful in both capacities.

“Oh, you have to ask him about birding,” Hanenburg says.

“A bird will be chirping in a faraway tree and Coach Versaw will cock his head to one side and say, ‘Oh, that’s a red-breasted nut hatch,’” Hanenburg says with a laugh. “And kids would ask about it: How do you know that?”

His favorite is the black-throated gray warbler, a Colorado native like Versaw. I look forward to searching for one on the Arkansas River, wherever Juniper grows, starting next May.

See, while Versaw is retiring, he’s not finished teaching.

“Competitive distance running lasts only a short time in their lives. But hopefully there's a lesson here or there that lasts a lot longer than that,” he says. “Hopefully I’m building a trust with them that when they get to be 30, 40 years old — maybe something that was said when they were 15 pops to the surface. I don’t have control over that, but it gives you a reason.”

Retiring from coaching was a heart-wrenching decision, Versaw says.

“Enormous mixed feelings,” says Versaw, a CHSAA Hall of Fame inductee in 2017. “Intellectually I know it’s time. But I’m going to miss the kids like crazy next fall. They’re the reason I did this. You want to be locking arms ...”

His voice trails off, emotional.

“I thought this would be something fun, maybe do it for a few years,” Versaw says. “Then I got attached to the kids. That’s really the story.”

Versaw’s own competitive career was that of an 8-man football player from Sangre de Christo High in Mosca, down by Alamosa. Versaw then coached junior high football from 1987-89. He even told his wife, “I’ll probably never coach again.” It all changed with the TCA gig — and on Valentine’s Day 2002, when a TCA administrator asked the staff to scribble down their goals.

Four state championships in the next 10 years, he wrote.

“Mainly just to get them off my back,” he says.

Fast forward to retirement: 21 state titles, one for every year he coached the Titans.