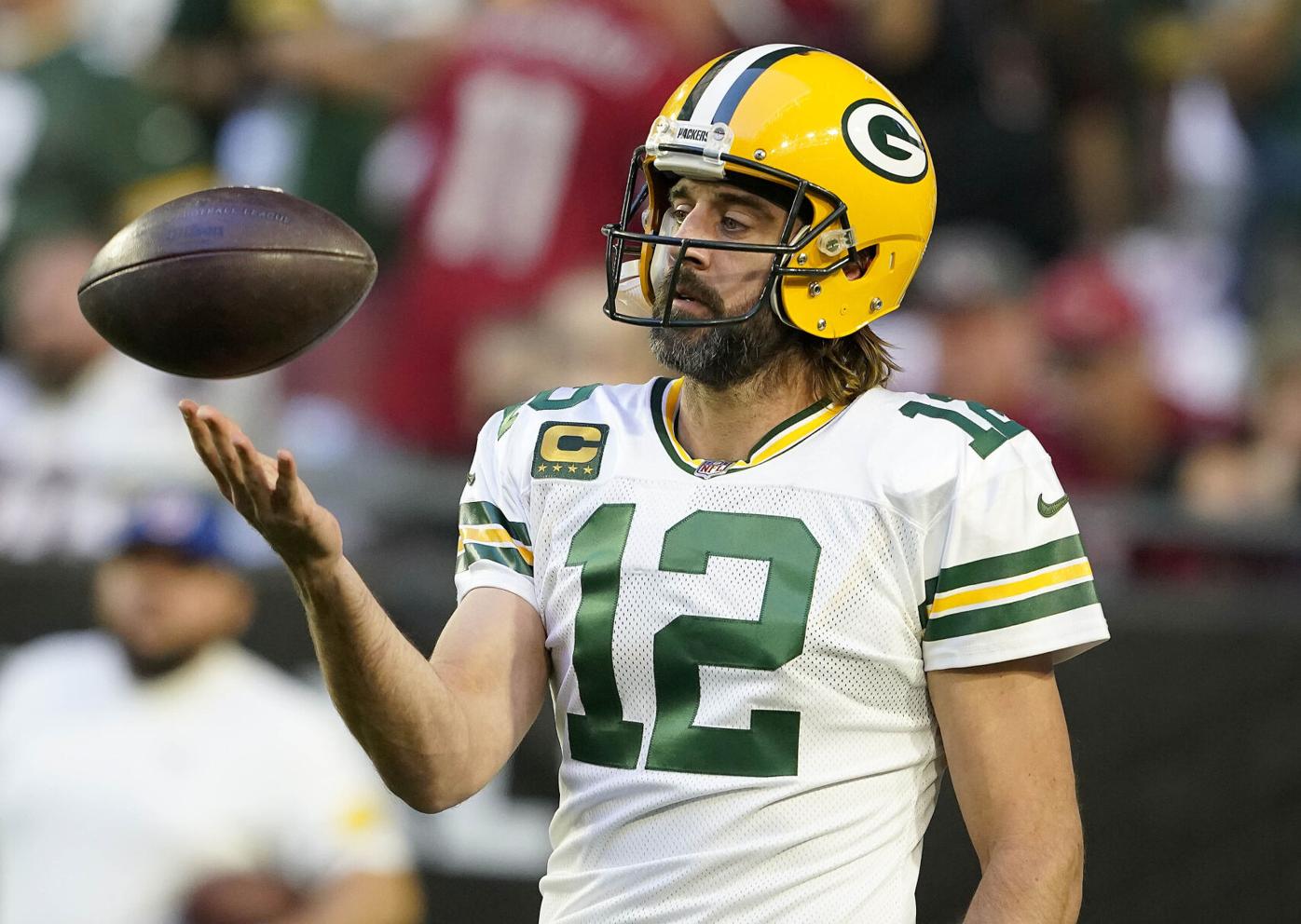 Packers quarterback Aaron Rodgers warms up prior to an Oct. 28 game against the Cardinals in Glendale, Ariz. 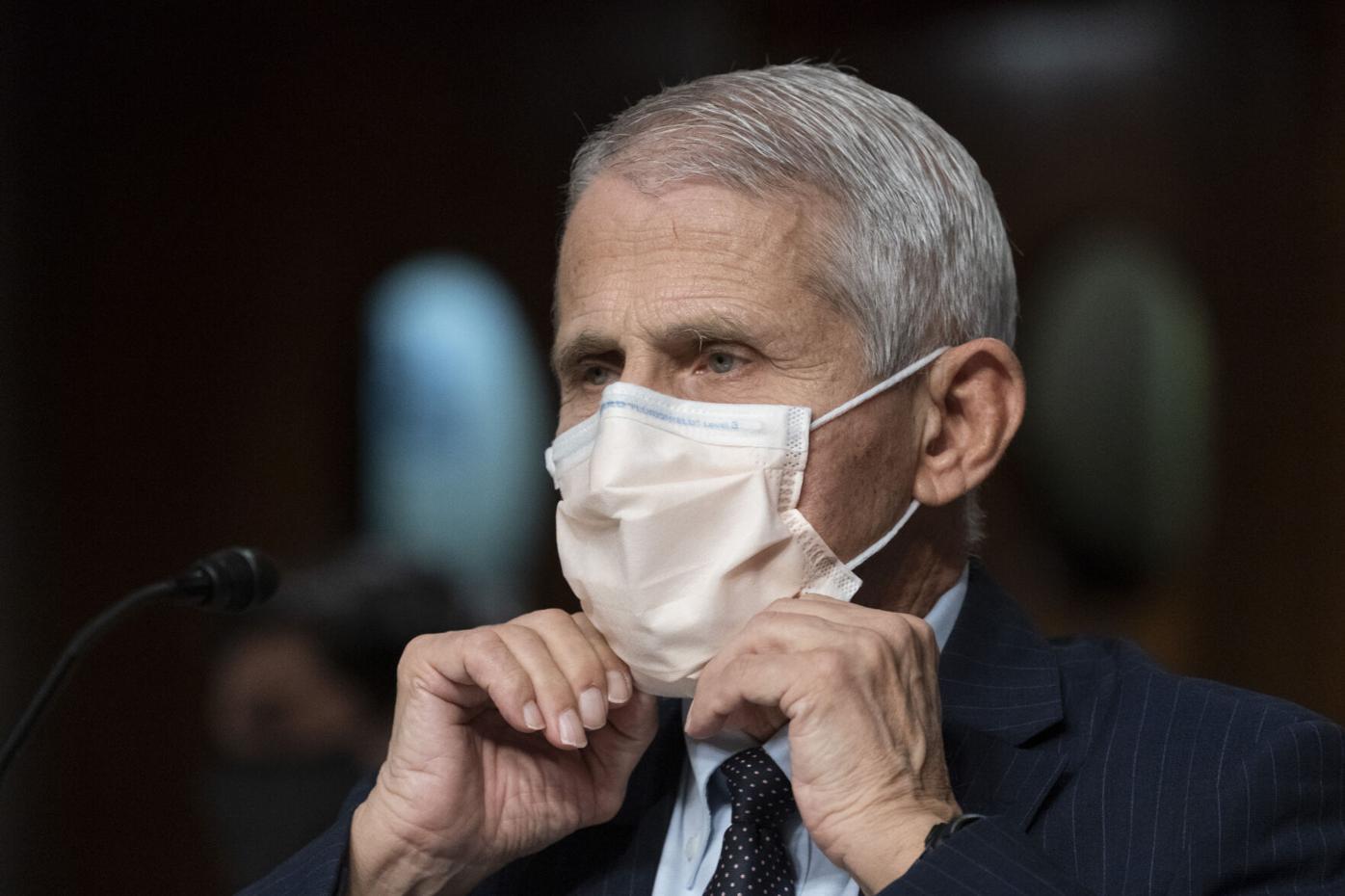 Dr. Anthony Fauci, director of the National Institute of Allergy and Infectious Diseases, adjusts his mask after speaking Thursday during a Senate Health, Education, Labor, and Pensions Committee hearing on Capitol Hill in Washington.

Packers quarterback Aaron Rodgers warms up prior to an Oct. 28 game against the Cardinals in Glendale, Ariz.

Dr. Anthony Fauci, director of the National Institute of Allergy and Infectious Diseases, adjusts his mask after speaking Thursday during a Senate Health, Education, Labor, and Pensions Committee hearing on Capitol Hill in Washington.

DENVER — Get a load of this Aaron Rodgers guy, huh?

“You have the right to make a decision about your body,” the unvaccinated Packers star quarterback said Friday on The Pat McAfee Show. “That should be an unalienable right.”

The gall of this guy!

“The most important thing would be educating people on how to live a healthier life. That’s how we can beat any type of disease,” he added.

No, Aaron. The most important thing would be following the experts and media who have been wrong about every last thing when it comes to COVID-19. Do you even listen to NPR?

Who gave this cheesehead the right to debate with the narrative? Banish him to the Lions!

Instead, Rodgers can't play Sunday against the Chiefs. The reigning NFL MVP contracted COVID and as an unvaccinated player must sit out at least 10 days before returning to the field.

“I feel really good,” he said. "If this were the flu there’s no reason I wouldn’t play on Sunday."

Off with his laser-rocket arm!

Sheesh. Another American whiffing on a glorious chance to tell someone else what to do. Typical.

Denver and the Broncos could be the next stop for Rodgers, and if that's the case his level-headed nonsense cannot stand. I personally won’t allow it. Anyone with a Twitter knows there can be no questioning an establishment that’s been wrong about everything, breaks its own rules because it knows those rules are dumb and lies more often than it tells the truth.

“I’m (only) the second non-vaxxed player to test positive,” he said. “It’s pretty evident I tested positive being around a vaccinated individual. That’s the majority of people I spend time with. There’s been dozens of individuals that work at the facility that are vaxxed that have tested positive. This idea that it’s the pandemic of the unvaccinated is a total lie.”

That wasn’t all he said. Gosh, that wasn't all. Rodgers even had a bit about the vaccines being politicized! No clue where he got that idea.

“If Donald Trump tells us we should take it, I’m not taking it,” Kamala Harris said a year ago.

But the vice president was just joking!

And the president misread the teleprompter!

How dare he? How dare Rodgers say “it’s crazy to have some of these mandates” when a federal appeals court on Saturday ruled it’s crazy to have a federal mandate? How dare he contradict Dr. Fauci, who said “I don’t think it’s smart” when college football fans piled into stadiums... and Florida’s COVID rate became the lowest in the country? How dare he question an NFL “stooge” who came to Packers camp to raise team vax rates? Doesn’t Rodgers know that asking questions about things that don’t make sense literally makes him a terrorist?

“Afterwards I heard from so many people on the team — players, coaches — who thanked me for standing up and saying the things I said,” Rodgers said.

“The (political) right is going to champion me, and the left is going to cancel me. I don’t give a (expletive) about either of them. Politics is a total sham,” Rodgers said. “The only desire I have is to empower people out there to take autonomy over their body in all forms and facets.”

Dude has lost his mind. Seriously, who are you going to trust on matters of health:

A) The wacko who overcame COVID in a few days, has been healthy enough to play 15 or 16 games in 11 of 13 NFL seasons and turned his body and brain into $260 million in career earnings

C) The media who parrot the public health wizards, then crush the hot dog buffet at halftime of Rodgers' games?

It’s obviously B and C — unless you hate science. Too bad Aaron Rodgers hates science and consulted with medical doctors and homeopathic experts to prove it.

“Quit lying,” he said. “Quit with the witch hunt and the canceling and realize this is a conversation to be had, not a controversy.”

3 keys to a Broncos' victory over the Cowboys: The tall task as double-digit underdogs

ENGLEWOOD — The Broncos face a tall task this week on the road, going up against the 6-1 Cowboys, who are arguably the hottest team in footbal…