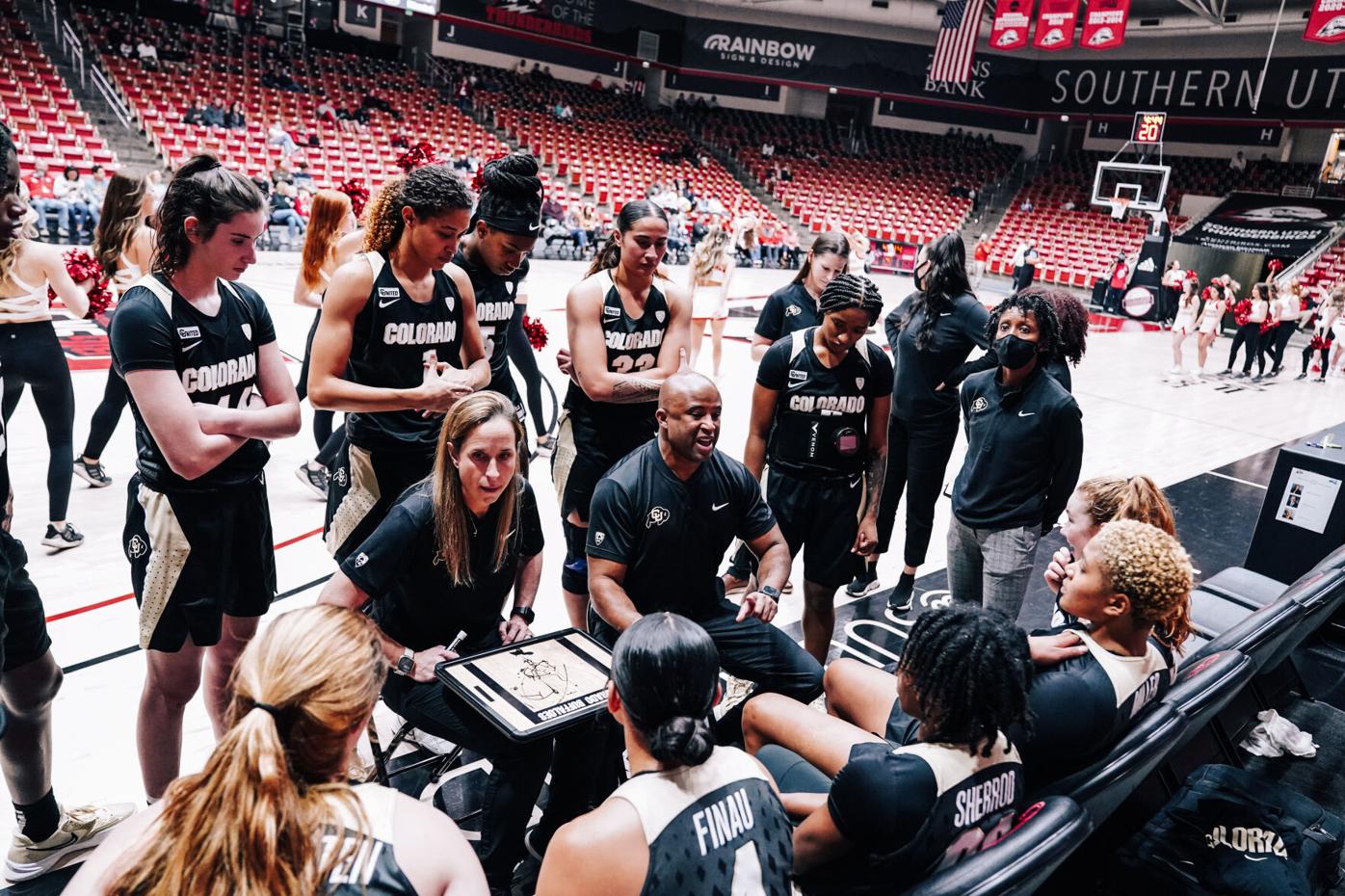 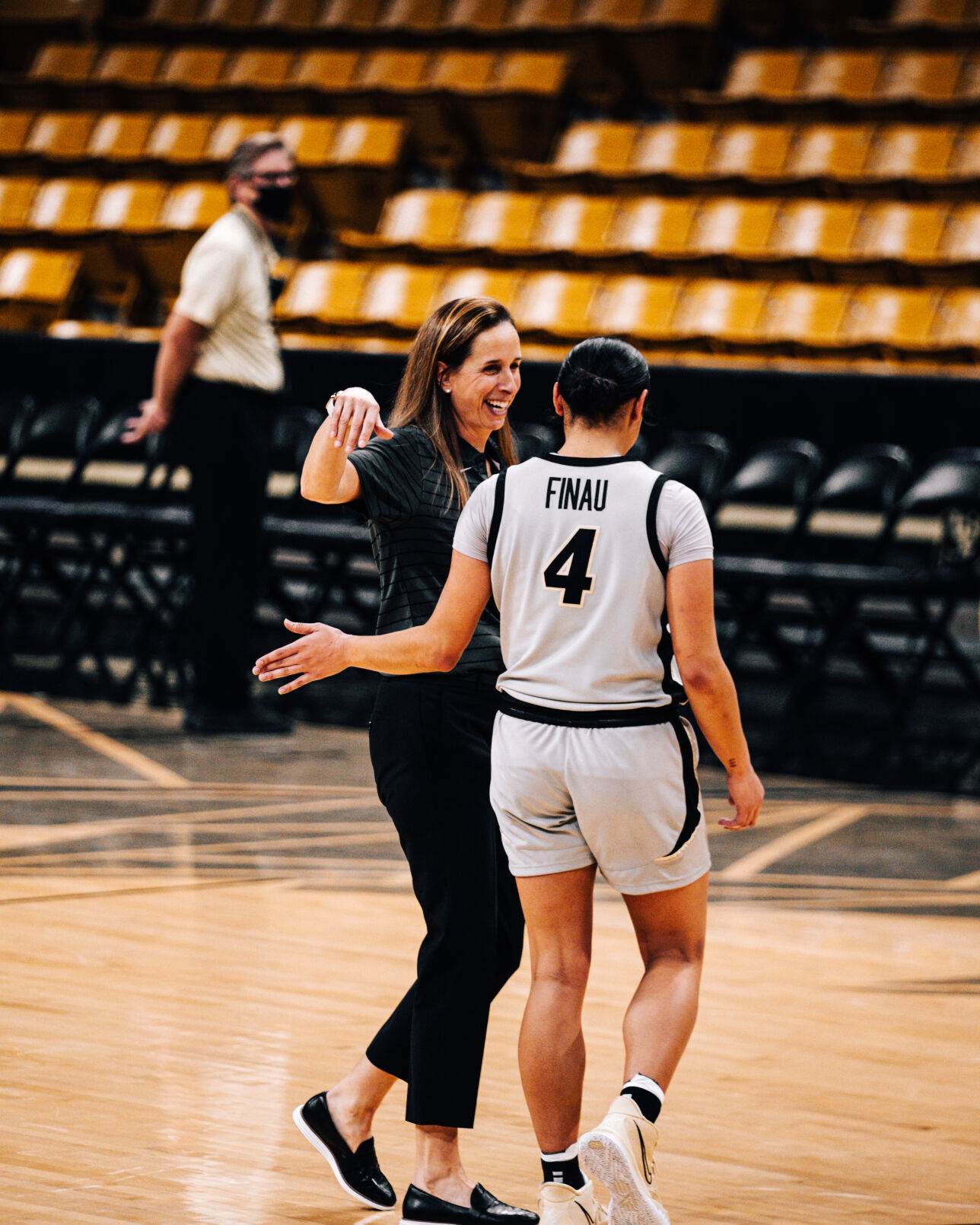 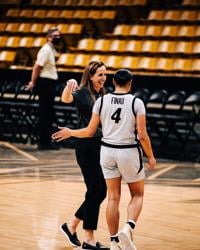 BOULDER — This is a marriage hack.

We’ve discovered the alibi for any man or woman who’s made the painful mistake of forgetting a birthday, wedding anniversary or other important date with your better half.

Hey, nobody’s perfect. We’ve all done it. I hope.

So here’s the out: go into college basketball coaching. Marry another coach. Coach together.

Works for CU Buffs women’s head coach JR Payne and associate head coach Toriano Towns. They’ve helped CU into the AP Top 25 and been married for... how long has it been, anyway?

“Wow, good question. How long have we been married?” Towns was telling me the other day.

This is how a basketball marriage operates. And you know what? It works.

“It’s kind of like, how long have you been coaching? You add it up through all your stops.”

Gosh, if only the rest of us who misremembered something important could employ that excuse.

But it works. It’s working for Payne and Towns, who have three awesome kids at home and another who recently graduated from college. It’s working for the Buffs basketball program, which crashed the AP Top 25 three weeks ago and is capable of making a dent in Pac-12 play. The Buffs are 9-0. Almost two months in, and they haven’t lost. CU has a home game Friday against Southern Methodist at CU Events Center. Go check out these Buffs. They’re third in the PAC in scoring differential (plus-20 per game), third in field goal percentage (46.9 percent, so they manufacture good shots), and no team forces more turnovers (6.89 per game).

Payne is in her sixth season as Buffs coach. She credits team culture for the unblemished start.

“It’s a group of great people that celebrate each other before celebrating themselves,” she says.

OK, that’s enough celebrating the fast start. The Buffs still have work to do, evidenced by the fact they’ve since been nudged out of the Top 25 despite not losing. But we're here to celebrate a married couple managing to raise their own kids while recruiting and guiding a roster of adults.

That’s no joke — even if they extend a ton of credit to JR's mom, Molly, who moves with the family to help raise their kids.

"My mom's the MVP every season," Payne says.

This is the fifth program where JR and Toriano have worked together — Gonzaga University (the source of many good basketball things), Boise State, Santa Clara, Southern Utah and CU. They’ve worked apart at different programs as well, with those occasions usually short-lived.

“I don’t know how everybody else does it,” Payne says of married coworkers. “For us, if you hang out with us you would never know (they’re married).”

In fact, back in their days at Gonzaga, a soccer coach told them it’s cool that JR hangs out with Toriano’s daughter without knowing they were all together. The couple met while they were student-athletes at Saint Mary’s (Calif.), where JR played hoops and Toriano played football.

“We probably met getting our ankles taped or something,” JR says.

Do opposites attract? The Buffs could make a case.

Towns, the associate head coach, says he's “the bad cop” who brings the tough love. His background’s in college football. Then there’s Payne, the head coach, who is “the nurturing figure for our players,” he says. Her office has been a hang-out spot for Buffs players.

“She really loves our kids, and I think our kids feel that. That’s her style as a coach,” Towns says. “She is very, very creative offensively. She’s a great teacher of the game. She’s very detail-oriented. She works just as hard today as a head coach as she did as a young assistant at Gonzaga. The title that’s been in front of her name has not altered her work ethic one bit.”

“Although sometimes I think they’d rather we work at Macy’s or something so we wouldn’t travel so much,” Payne says.

But she adds, “Our kids, they just think they (the players) are awesome. The best thing about it is they just think it’s normal. It normalizes smart, strong, loud, confident young women who are 4.0 students and beautiful people. I can’t imagine better role models.”

Now that the Pac-12 has finalized next season's schedule, Colorado has a clear picture of what next fall will look like for Karl Dorrell and company.