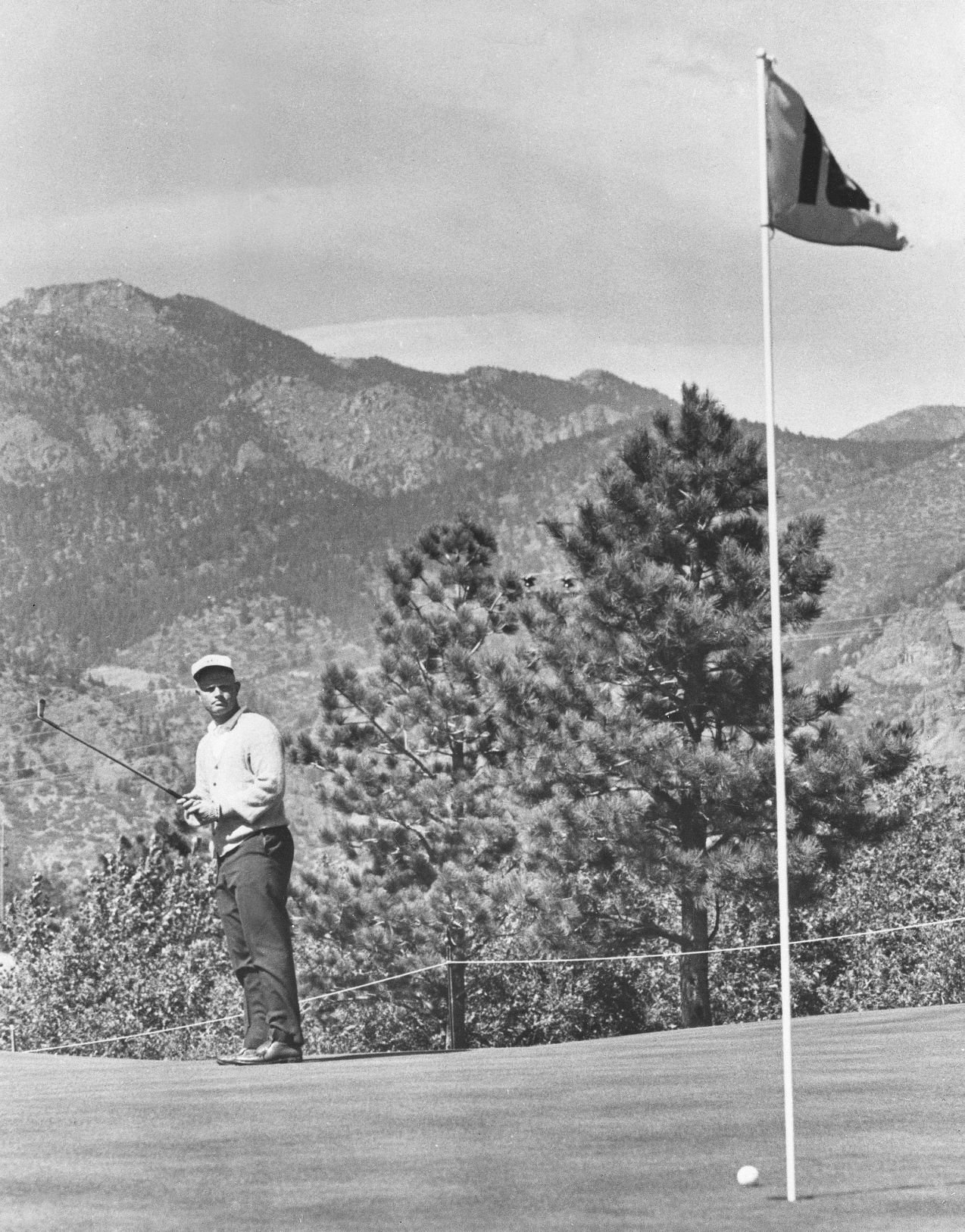 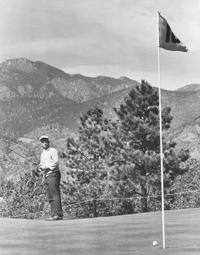 Jack Nicklaus watches his ball stop inches from the cup on the 10th green during the National Amateur Golf Championship Sept. 18, 1959 at The Broadmoor in Colorado Springs. Nicklaus birdied the final hole on the east course to defeat Charlie Coe. 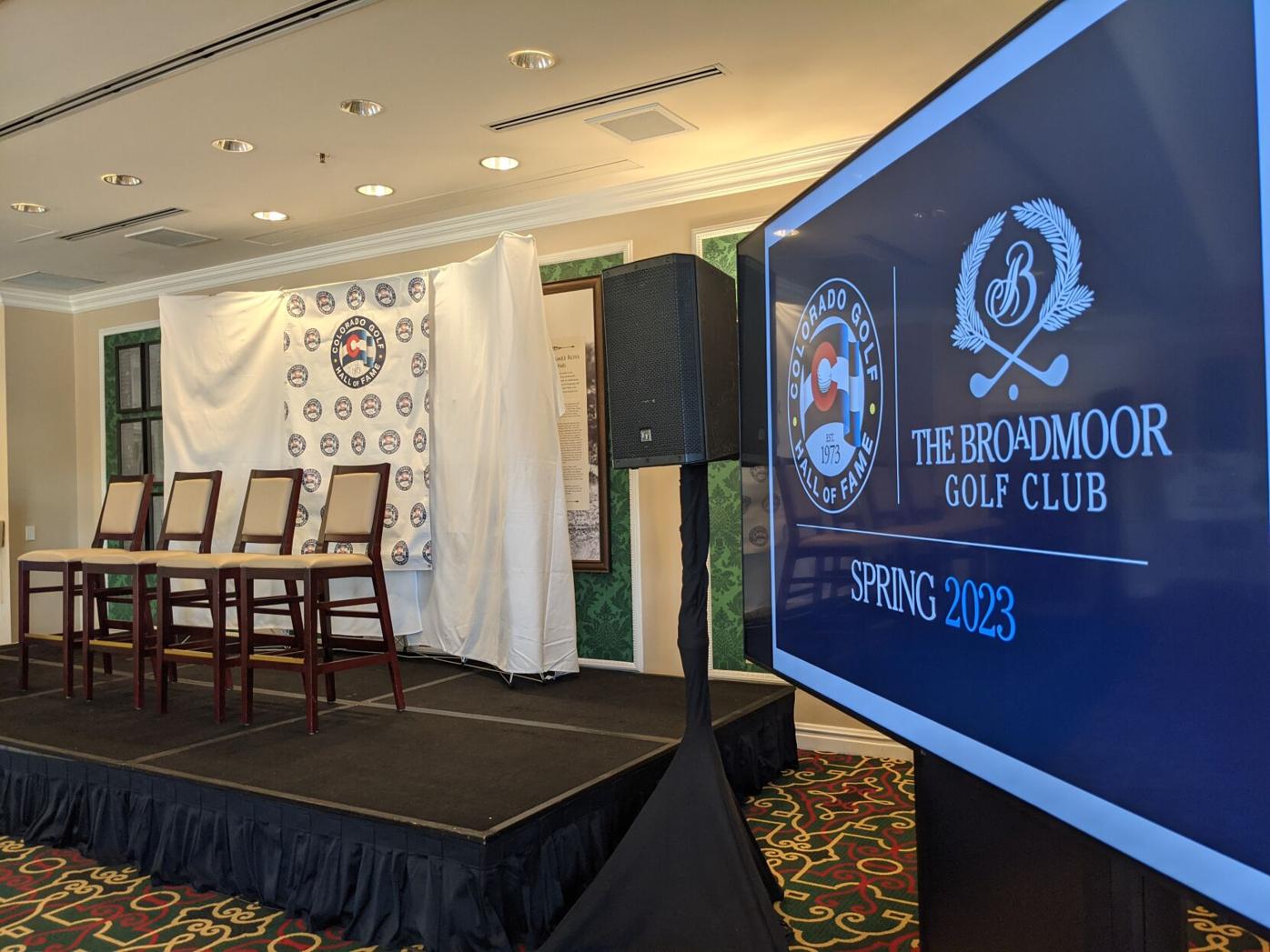 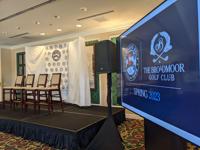 The Broadmoor will house the Colorado Golf Hall of Fame starting in 2023.

Jack Nicklaus watches his ball stop inches from the cup on the 10th green during the National Amateur Golf Championship Sept. 18, 1959 at The Broadmoor in Colorado Springs. Nicklaus birdied the final hole on the east course to defeat Charlie Coe.

The Broadmoor will house the Colorado Golf Hall of Fame starting in 2023.

COLORADO SPRINGS — In the Donald Ross Room above The Broadmoor’s clubhouse, 92-year-old wonder Dow Finsterwald shot a wink at his buddy, another Colorado icon, Hale Irwin.

“I can’t think of a better place in the wonderful state of Colorado to have the Colorado Golf Hall of Fame,” said Irwin, the three-time U.S. Open champion and golf/football All-American at CU.

A Colorado golf nut, I had my attention on the Irwin-Finsterwald interaction. Turns out there is a backstory, and without their shared history and decorated playing careers, who knows if the Colorado Golf Hall of Fame makes its way to the famed East Course? Shoot, one man has his own banquet room right across the chandelier’ed hallway — the Dow Finsterwald Room. If you did the Colorado golf Mt. Rushmore thing, Irwin and Finsterwald would be shoo-in inclusions (then they’d bang in 4-footers to decide who gets the higher peak).

Anyway, it was 1965 and Irwin was a two-sport star for the Buffs. His right shoulder was all banged up from playing defensive back — he was a football All-American there too — and CU football coach Eddie Crowder arranged for him a meeting with Finsterwald, who had won the 1958 PGA Championship after fending off Billy Casper and Sam Snead. Decent group there.

And at the time Finsterwald was the head pro at The Broadmoor. Fifty-five years of major championships and spectacular playing careers later, Finsterwald and Irwin chatted on Monday.

Hale Irwin had a future in golf. He had three majors and 20 PGA Tour wins in his golf future.

“What Dow did was he took me to the range and gave me a little counseling. I hit some shots for him. But for him it wasn’t about how you hit the shot. It was what you did with it after you hit it.”

There is an almost existential way Irwin describes the game of golf. You either feel where he’s coming from, or he’s speaking in tongues. Folks still reading this get it. Irwin played a chance 9 on Augusta’s par-3 course with Gene Sarazen and Byron Nelson, and what Irwin remembers is how they gripped the club — no white knuckles, friendly and easy. Likewise, Irwin never worried how his own swing looked, or if it was textbook. If the ball moved how he intended it to move, good swing. It’s how my dad plays. I’ve never beaten my dad.

Irwin's 76 now, and the state’s greatest player has trouble connecting his era to the current PGA Tour: “Ours was an individual game,” he said.

“Now it seems to have taken on a team concept” of player, nutritionist, trainer, the rest, he said.

The hope here is Colorado’s rich golf history is considered more often. A higher-profile Colorado Golf Hall of Fame should help in that regard.

“The perfect place for it,” said Russ Miller, The Broadmoor director of golf and one of about 150 Colorado Golf Hall of Fame inductees.

Irwin gave a brief speech on the Hall of Fame’s move from Riverdale in Brighton to Colorado Springs. What stood out was the passion with which he spoke of the game’s future, golf kids.

“They can get here (to the Colorado Golf Hall of Fame),” he said.

OK, this we need to know. How?

Play multiple sports, Hale Irwin said. Don’t get burned out young. Irwin said of his own granddaughter, Tatum: “Good little golfer. But she loves lacrosse. She’s good at soccer. She’s really good pitching softball. So she’s learning about herself, what she can and can’t do.”

Be a kid, play it all, enjoy everything, he said.

“I think kids that understand their game without being told what their game is will understand a lot more than if someone tells them how they should play,” Irwin said. “Kids are smart. They will learn their game and what works for them.”

And never leave on a miss.

“I would putt a ball from 1 foot. Once it went in the hole and you heard that sound, go home,” he said. “I wanted to leave every practice session thinking I had accomplished something.”

End on a high note, and maybe a few years down the road, Hale Irwin attends your daughter or granddaughter’s Colorado Golf Hall of Fame induction: Good to see you, young lady.

Paul Klee: Fire Vic Fangio or not, Broncos show again the best years are behind them

Remove the names from the jerseys, Paul Klee writes. Go Notre Dame style. After the Raiders smashed the Broncos they haven't earned it.