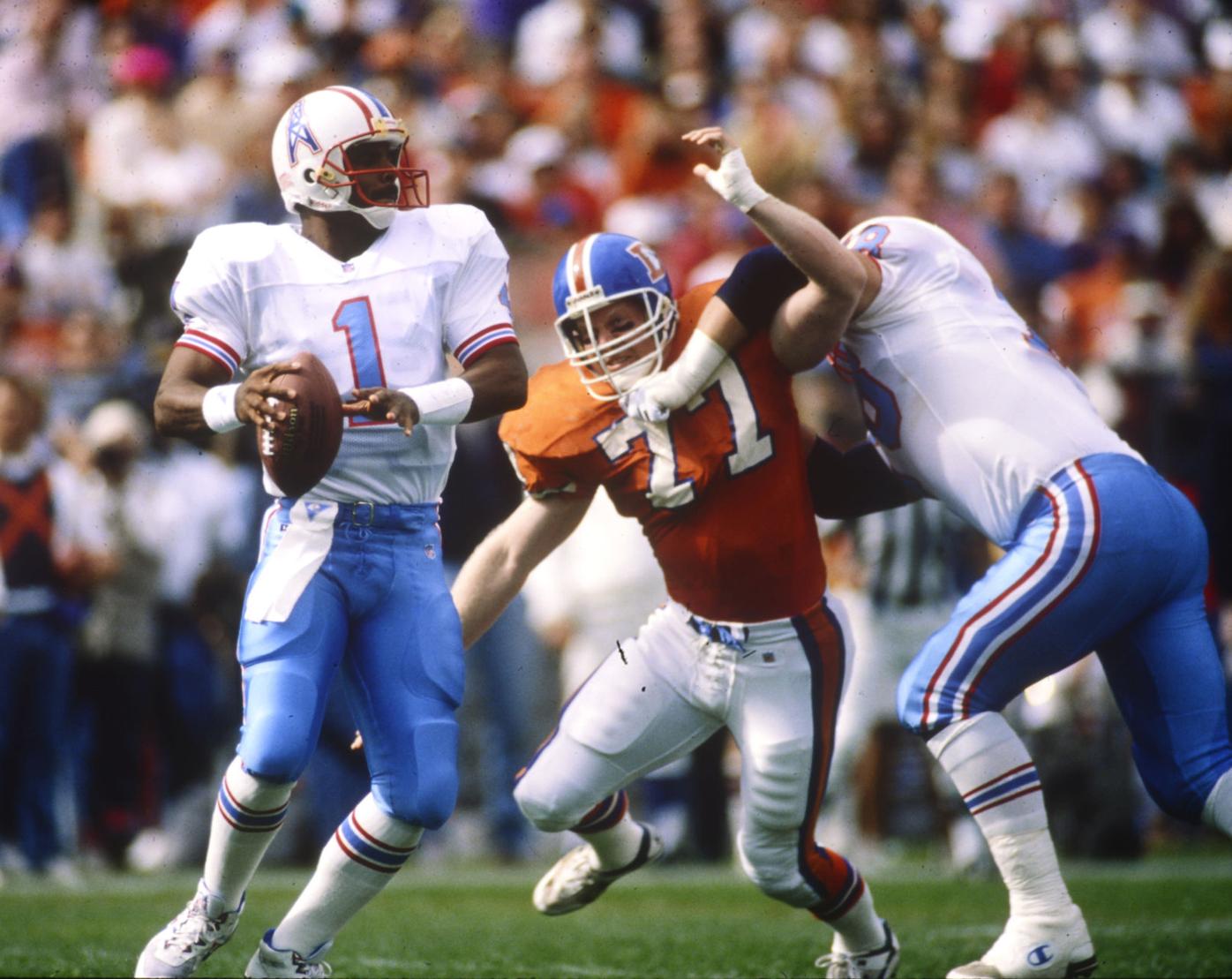 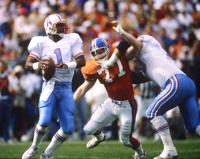 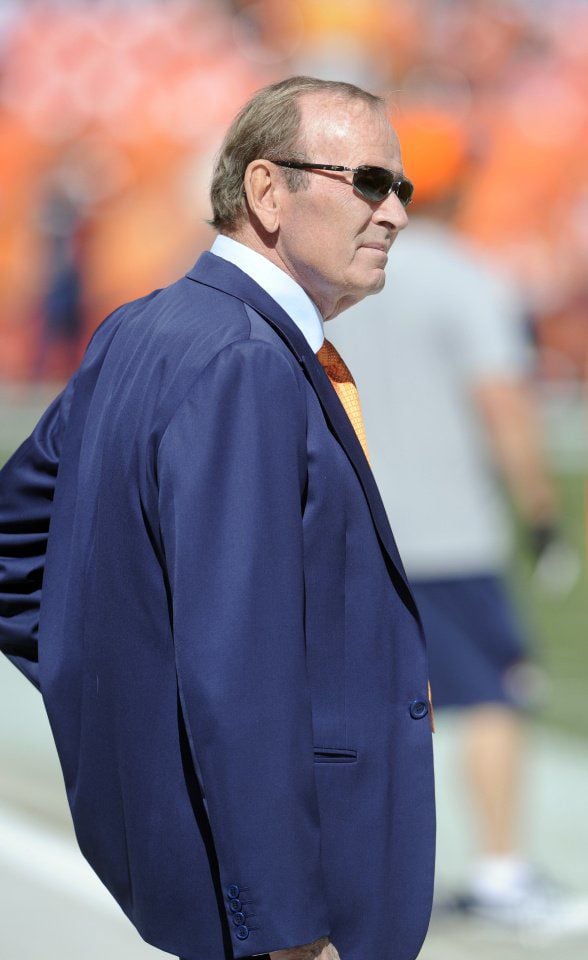 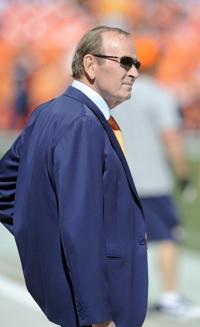 Broncos owner Pat Bowlen on the sidelines before Denver's 52-20 win over the Eagles Sunday, September 29, 2013 at Sports Authority Field at Mile High. Photo by Mark Reis, The Gazette

Broncos owner Pat Bowlen on the sidelines before Denver's 52-20 win over the Eagles Sunday, September 29, 2013 at Sports Authority Field at Mile High. Photo by Mark Reis, The Gazette

DENVER — Golf is hard, and one of the hard parts is when you were good, back in the day, and now you're not. That's different than never being good. Never being good, you don’t know better.

The dismal state of the Broncos hurts because they once were good, so folks around here know better. The Broncos were almost always good, in fact. On the rare occasion when the Broncos weren’t good, there was comfort knowing they probably would return to being good next year, and probably the year after that. The good Broncos were as dependable as finding proper Mexican food on Federal after the game.

“We were good because that's what was demanded of us,” as Broncos legend Karl Mecklenburg was telling me the other day.

These Broncos are not that. These Broncos will close another lost season on Saturday against the Kansas City Chiefs, and covering another double-digit spread constitutes a Broncos win.

These days I’m leaning on smart people like Karl Mecklenburg, the kind who lived those almost-always good glory days, to figure out how to clean up this Broncos mess. What’s the first, biggest turn in this turnaround — the coach, the quarterback, the owner? Door 3, ‘Meck’ says.

Saturday could be Vic Fangio’s final game as coach, and also the final game of the failed “Lockwater” experiment at quarterback. But you must look higher up the Totem pole to find the path to sustained success: the right owner.

“There is nobody at the top right now. If there’s not an accountability and there’s not a strong leader demanding excellence, it just doesn’t happen,” said Mecklenburg, the Ring of Fame defender whose teams averaged 10 wins, made seven postseasons in 12 years and reached three Super Bowls. “That’s true in any walk of life. That’s in a family, a community, a business.

"Ownership is the most important thing, truthfully. It would be great to have a great coach, and great players, but it won’t last if the ownership thing doesn’t straighten itself out.”

Changes are coming to the Broncos, again, and while it’s not as fun as speculating on Aaron Rodgers or Russell Wilson, the next owner will be far more impactful. Shoot, look at the last time it changed. They built statues for the guy, and on the morning he passed I watched dozens of Broncos faithful drop flowers at the feet of Pat Bowlen’s bust. As The Gazette’s Woody Paige wrote, the last sale of the Broncos occurred in March 1984 — the start of a long run of winning here. Bowlen paid $78 million, a steal because he turned it into a steal. Mecklenburg witnessed both sides of ownership — one in Edgar Kaiser, who went the cheap route with 13 rookies on a single roster, and an owner in Bowlen, who invested all of himself.

“Under Pat we had purpose,” Mecklenburg says. “We were there to win championships and serve Broncos Country. That was our purpose.”

Bowlen died in 2019 and had been separated from football operations several years before that. It is no coincidence, said Mecklenburg, who remains close with the Bowlen family, the Broncos have stumbled on hard times since.

Hard times is putting it nicely. Saturday, the Broncos will lose a 13th straight game to the Chiefs. Yet they are still handing out Team MVP awards (to Justin Simmons) and whining over the lack of Pro Bowl players (zero for the first time in 40 years). Their checks cash just the same.

By Monday, the Broncos could be in the midst of their next coaching search. By the spring, they could be identifying their next quarterback. But it’s what happens with ownership that will determine if they’re a long-term player in the AFC West, or the last-placers they are now.

It’s been a tough year for Broncos greats who were tight with the old guard. One night during the Steve Atwater-Peyton Manning Hall of Fame festivities in Canton, Ohio, Mecklenburg had dinner with Alfred Williams, Neil Smith and Bill Romanowski. (Gosh, to be a fly on the wall.) The conversation often centered around Greg Robinson, the former Broncos defensive coordinator. Robinson died last week at the age of 70. His death came shortly after longtime coach Dan Reeves passed away at 77.

Robinson died of a form of Alzheimer’s, Reeves of complications with dementia. Both were players before becoming championship coaches.

“That’s a scary thing for guys like me,” Mecklenburg said.

Losing now is the norm for the Broncos, but it wasn’t always that way. From 1984-2019 the Broncos had the fourth-best win percentage by any team in American professional sports. If they had stunk, this losing stuff would be easier. But they didn’t. The right owner is the first step back.

“I’m hoping for Pat Bowlen 2,” Mecklenburg says. “That would be a miracle. That would be more important than the newest, greatest quarterback or the hottest offensive coordinator. That's what helps you get all the way back.”

ENGLEWOOD • Vic Fangio is focused on the Chiefs.