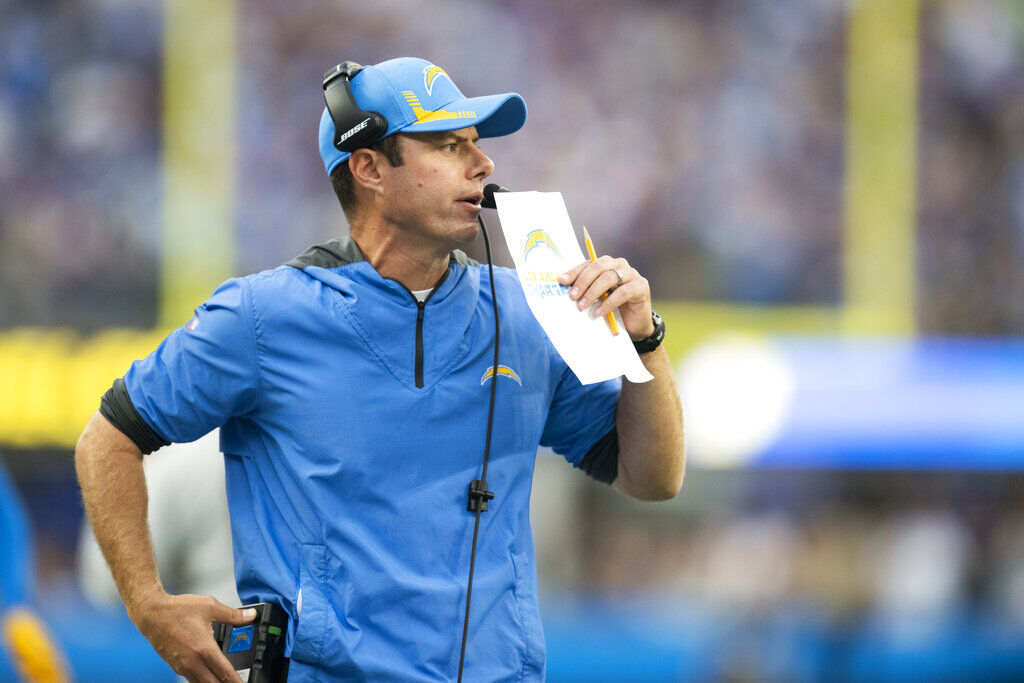 Los Angeles Chargers coach Brandon Staley gives instructions during a game against the Minnesota Vikings on Nov. 14 in Inglewood, Calif. 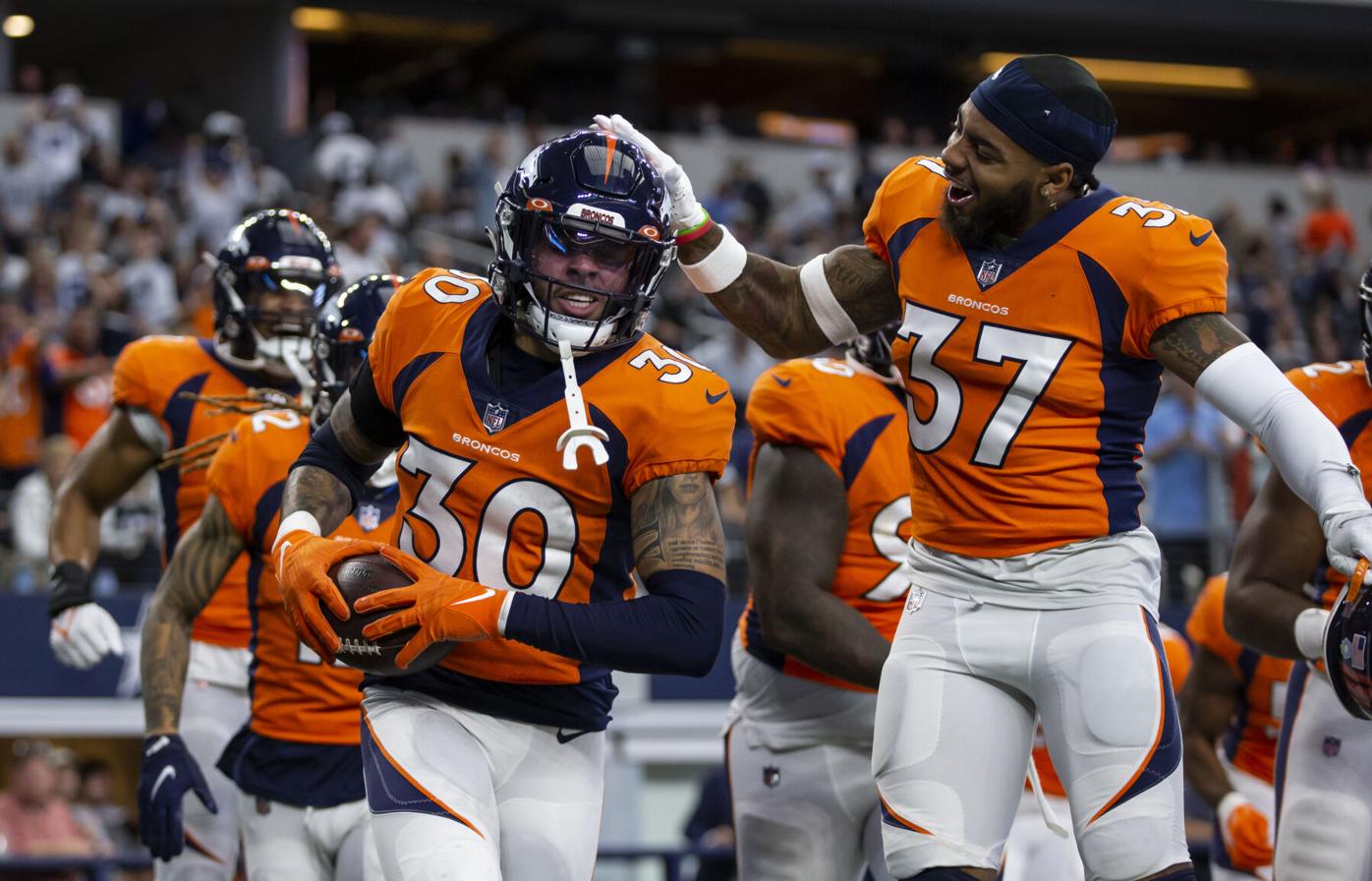 Broncos safety Caden Sterns is congratulated by defensive back P.J. Locke after intercepting a pass Sunday against the Cowboys in Arlington, Texas.

Los Angeles Chargers coach Brandon Staley gives instructions during a game against the Minnesota Vikings on Nov. 14 in Inglewood, Calif.

Broncos safety Caden Sterns is congratulated by defensive back P.J. Locke after intercepting a pass Sunday against the Cowboys in Arlington, Texas.

This needs to be said: Teddy Bridgewater has been fine. Not great, not terrible, just fine. The Broncos' 5-5 record with Bridgewater at QB is a proper record. The issue is that just fine won't win the AFC West — not now, or for as long as Patrick Mahomes and Justin Herbert are around.

Broncos safety Kareem Jackson has a neck injury and didn’t practice all week. So the Broncos’ secondary could be in trouble, right? Not so fast! Keep an eye on rookie Caden Sterns, a future star at safety. It says here the Broncos won’t miss Jackson one bit — and Sterns will intercept Justin Herbert.

Vic Fangio says protégé Brandon Staley is “special.” Maybe that comes to fruition in time, but for now the Chargers coach is responsible for the worst special teams unit in the NFL — and special coaches rarely have awful special teams. Look at Bill Belichick, whose Pats once again have top-five special teams.

If Vic Fangio’s in his final November-December as Broncos coach, he’s going out his way while standing with his people. Despite calls for Pat Shurmur’s job, and Tom McMahon’s job, and just about everyone’s job, Fangio’s has not sacrificed a fall guy. It’s a quality that will help Fangio land his next job.

“Take the points” is sound advice with Broncos-Bolts games. The past three were decided by 3, 1 and 3 points. Expect the same on Sunday with the Broncos in desperation mode coming off a bye. Silver lining on a Broncos loss? Tickets for the Lions and Bengals games should hit Black Friday prices.

If an NFL coach had the resume of Colorado's public health officials, he would be fired, Paul Klee writes. So why are they running back the same protocols that resulted only in failure?