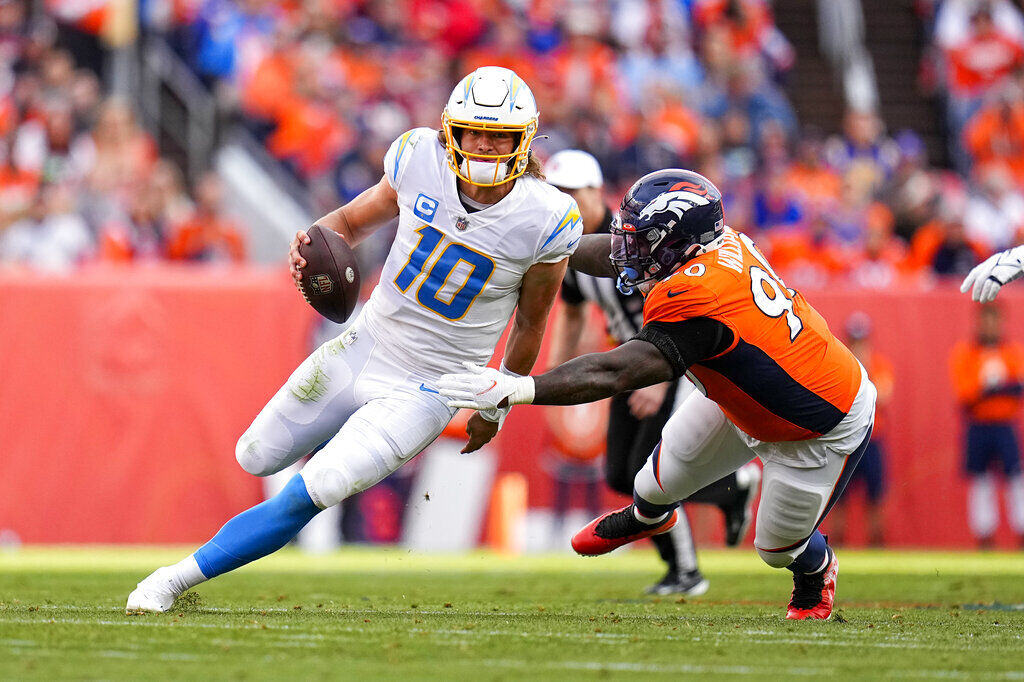 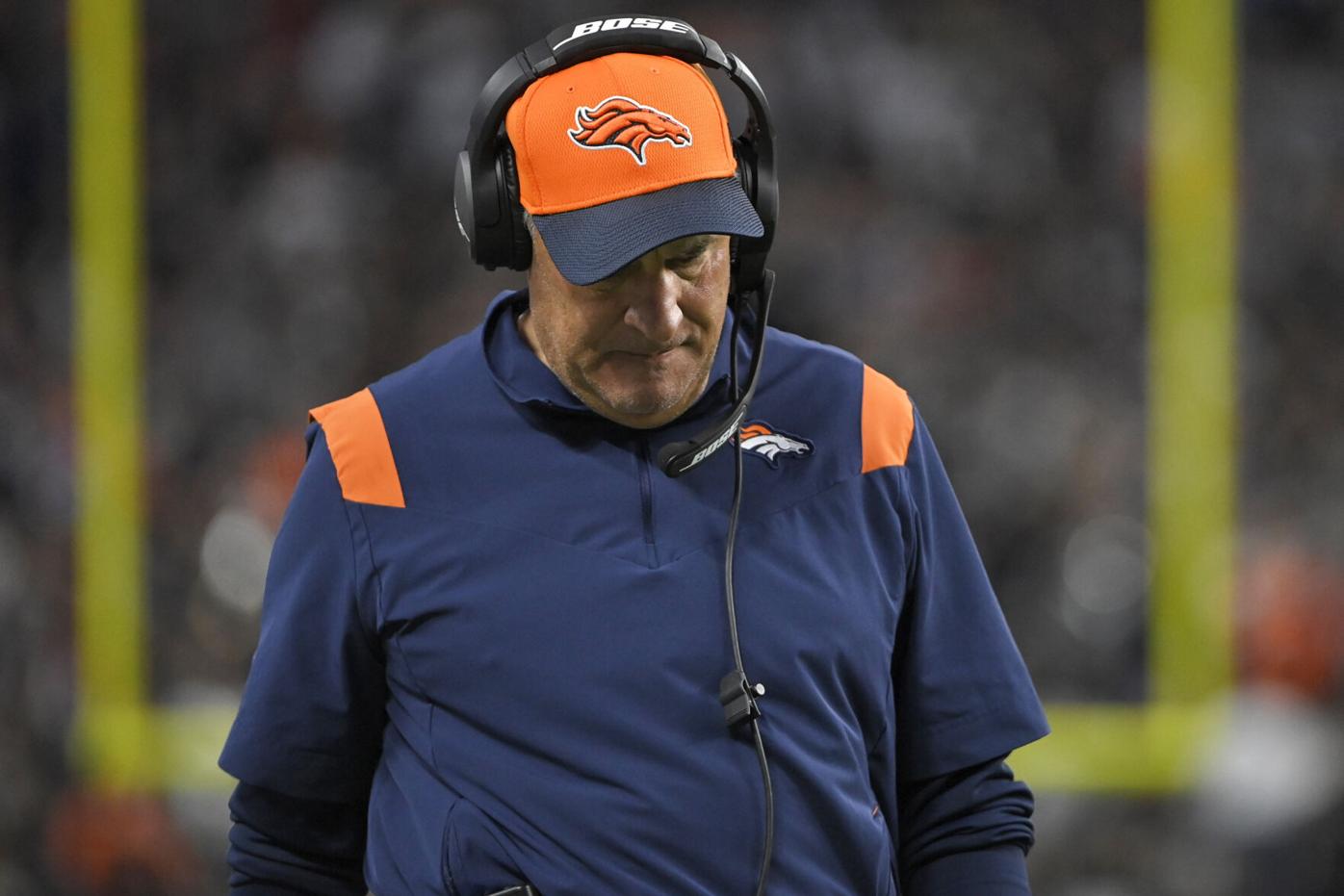 Broncos coach Vic Fangio walks along the sidelines during the second half Sunday against the Raiders in Las Vegas.

Broncos coach Vic Fangio walks along the sidelines during the second half Sunday against the Raiders in Las Vegas.

Sad to say, my long-shot wager on Justin Herbert to win NFL MVP won’t cash. No worries. I’ll place the same bet next year... and the next year. Herbert has multiple MVP awards written all over that laser-rocket arm. He’s tied with Patrick Mahomes and Aaron Rodgers with 33 touchdown passes.

You know why Chargers coach Brandon Staley has drawn rave reviews from media as an 8-7 head coach? One, he makes good sound bites. Two, he has a franchise QB. It’s not because of Staley’s defense, which allows 27.4 points per game — 31st in the NFL.

Thank goodness for the Chargers. If not for the Chargers, the Broncos might never win an AFC West game. The Broncos have won four of five from Los Angeles, a far cry from their results vs. Las Vegas and Kansas City. One reason: L.A's special teams are once again below average.

I get it. Vic Fangio’s 19-28 as Broncos coach. That’s a fireable record. But hear me out: Denver should keep the man who’s designed the top-ranked scoring ‘D’ in the NFL. Hire a new head coach, retain Fangio as coordinator. And for the love of John Elway find the new guy a franchise QB.

After a week of family vacation in Texas, I return to learn the NFL is still playing COVID. What did two entire seasons of worthless, anti-science protocols result in? Almost a dozen Broncos missing a Week 17 game due to positive tests. Meanwhile, the pro athlete survival rate sits at a cool 100.00 percent.