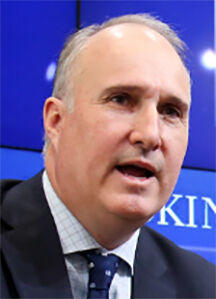 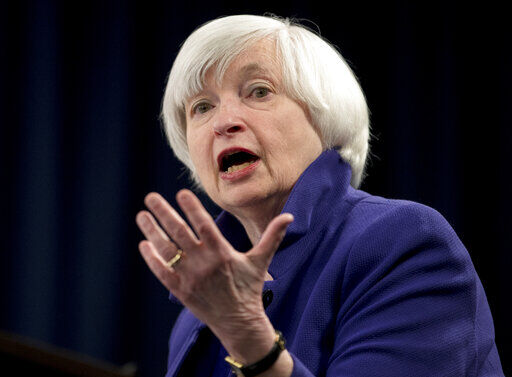 Treasury secretary Janet Yellen has urged the adoption of a minimum global corporate income tax, an effort to offset any disadvantages that might arise from the Biden administration’s proposed increase in the U.S. rate.

Treasury secretary Janet Yellen has urged the adoption of a minimum global corporate income tax, an effort to offset any disadvantages that might arise from the Biden administration’s proposed increase in the U.S. rate.

The Senate needs to decide how to pay for the massive, $3.5 trillion spending plan announced last week, but according to a Punchbowl News poll, only 37% of Congressional staffers believe it is likely Congress will pass a tax bill by the end of 2022. Among Democratic staffers, just half think it is likely.

Contrary to what the White House might tell you, a new poll conducted on behalf of the S Corporation Association confirms that American voters do not support aggressive tax policies or those that target individually- and family-owned businesses and farms.

Changing the way we tax capital may be popular in some circles, but it is clear that voters don’t like the particulars.

For example, the Winston Group asked voters whether they support the idea of applying two layers of tax on an estate when the owner dies — a new, higher capital gains tax on any appreciated assets, and then the traditional estate tax on the remainder of the estate.

This “double death tax” is a core component of the Biden tax hike plan, but just 25% of voters favored the idea, while nearly 60% opposed it.

Another new idea is the mark-to-market taxation of unrealized capital gains.

The plan would force investors and business owners to calculate their total net worth every year and then pay a tax on any increase, even if the gain exists on paper only.

This policy would be a cornerstone to a significant hike in the capital gains rate, but it is unpopular with voters. Just 24% agree that unrealized gains should be taxed annually.

Expanding the death tax itself is not very popular either.

More than six in ten voters said no to the simple question, “Do you favor or oppose increasing the estate tax, which taxes a person’s assets after death?” This should not be a surprise really.

Americans have never liked the estate tax – they think taxing a lifetime of savings after a person dies is unfair and un-American.

After hearing they would apply to farms and family-owned businesses, respondents strengthened their opposition to increasing the top individual rates, doubling the capital gains tax, and capping the Section 199A pass-through deduction.

These proposals are key parts of President Biden’s proposals, but they have never caught favor with voters. Perhaps that’s because more than 60% of voters believe existing taxes and regulations make it difficult for average Americans to start their own business. Increasing them would make it worse.

Another theme that resonated with voters is that now is not the time to be raising taxes on businesses. More than 60% of all respondents believed “we need to do everything we can to help businesses get back on their feet so they can get Americans back to work,” including a healthy majority of Democrats.

Voters also believed that higher taxes on businesses will be passed on to consumers in the form of higher prices (65 to 20 percent) and lower wages (47 to 33 percent), echoing widespread concerns about inflation.

Interestingly, the Punchbowl News poll found just 15% of Democratic aides were worried about the impact of spending on inflation, versus 94% of Republican aides. Last week’s CPI report suggest that everybody should be worried.

Finally, the Winston Group survey revealed that voters continue to have very modest views about tax rates in general, even those on the wealthy. When asked what the maximum tax rate should be for taxpayers, voters responded on average that the wealthy should be taxed at a maximum rate of 29.4%, and individually- or family-owned businesses at just 17.3%.

The reality is that wealthy Americans and business owners already pay taxes at rates far higher than those preferred by voters.

Enacting historically large tax hikes might be a priority for the Biden administration, but they are seen as harmful, poorly timed, and simply unpopular with voters.

That’s why Congress has had such a hard time getting a budget started this year, and that’s why such a large percentage of congressional staffers don’t think tax hikes will pass this year.

Brian Reardon is president of the S Corporation Association and a former White House official at the National Economic Council.

Brian Reardon is president of the S Corporation Association and a former White House official at the National Economic Council.