The Douglas County Board of Education 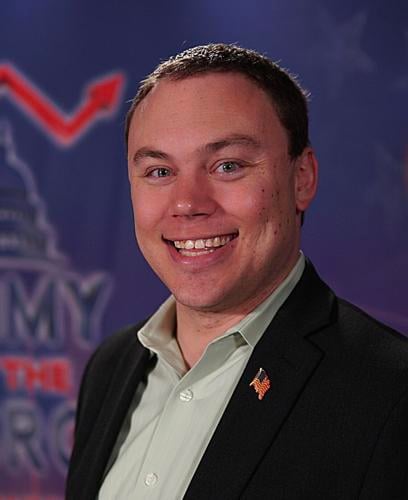 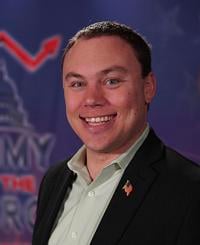 If your employer paid you nearly $20,000 less than their nearest competitor for the same kind of work, would you feel satisfied enough to stay? For Douglas County teachers, this is an all-too-real scenario. Amid the skyrocketing cost of living, Colorado’s teachers on average earn 35.9% less than their non-teacher college counterparts, according to a recent study by the Economic Policy Institute. That’s the worst gap in the nation.

In DougCo, the compensation situation is especially acute: Teacher pay lags woefully behind nearby competitors. For example, the average salary for DougCo teachers is $18,000 less ($58,000) than the average salary in next-door Cherry Creek Schools ($76,000).

Amid a burgeoning national teacher shortage, this simply isn’t competitive.

“Teachers are just like us, right?” Superintendent Erin Kane said on my Sept. 24 KNUS radio show. “They’re trying to do the best they can for their families and for their futures. An $18,000 raise is something they can’t turn away. How do you say no to that?” Schoolteachers have broken their backs to get students on track following pandemic learning losses and difficult disciplinary challenges. Remarkably, even with these difficulties, DougCo students have met or surpassed 2019 levels on most metrics.

“The best way to take care of our students and ensure their success is to attract and retain the best teachers and staff. Despite our superior performance, DCSD has the lowest average pay in the Denver metro area,” said Mike Peterson, president of the DougCo school board.

In March, the school board unanimously approved a “step-and-lane” compensation plan, which will boost pay for the district’s licensed employees (especially teachers) while ensuring a clear, predictable pay scale and compensation increases based on select criteria.

The school board has proposed a mill-levy override (also called an MLO) on this year’s ballot that would raise $60 million in additional property taxes, equating to roughly $943 per student and halfway closing the per-pupil revenue gap with Cherry Creek.

“Passing a mill levy override allows us to offer competitive salary and benefits when compared with surrounding districts and support our entire community as the largest employer in Douglas County,” Peterson added.

The tax increase is proposed alongside a bond measure to finance new school construction. Under state law, capital costs are funded exclusively through bonds.

Shockingly, a new neighborhood school hasn’t been built in DougCo since 2010. Now, there simply aren’t enough schools to keep up with the population growth.

Parts of the county like Highlands Ranch are aging out, as older parents with grown children remain in their homes. Further south, in new communities like The Canyons, Sterling Ranch and Crystal Valley, the populations are booming — without a nearby elementary school.

This means some families must drive 30 minutes and across the highway to get to the nearest school. Contrast this with Cherry Creek, which just opened a new elementary school literally down the street from an existing one!

This time, though, there’s a specific compensation program voters can study. The mill levy override is exclusively and explicitly intended for teacher and staff pay. Voters and teachers alike can be confident their tax dollars will be spent on more compensation, as intended.

Additionally, unlike many school districts, DougCo isn’t spending excessively on bloated administration and bureaucracy rather than instruction and teacher pay.

When Kane was the district’s interim superintendent from 2016-2018, they sliced $24 million from central administration in ongoing costs, moving it to classroom. Additional cuts had to be made during the pandemic, she added.

“We have an incredibly skinny central administration and administration in general in Douglas County,” Kane explained. Eighty-five percent of total revenue goes to salaries and benefits. Of that bucket, 95% goes to teachers and support staff, not administration.

In July, U.S. News & World Report ranked Douglas County the ninth richest county in the entire country. Yet somehow, the county’s teachers are paid significantly less than nearby competitors – and there hasn’t been a neighborhood school built in 12 years.

Jimmy Sengenberger is host of “The Jimmy Sengenberger Show” Saturdays from 6-9am on News/Talk 710 KNUS. He also hosts “Jimmy at the Crossroads,” a webshow and podcast in partnership with The Washington Examiner.

Jimmy Sengenberger is host of “The Jimmy Sengenberger Show” Saturdays from 6-9am on News/Talk 710 KNUS. He also hosts “Jimmy at the Crossroads,” a webshow and podcast in partnership with The Washington Examiner.