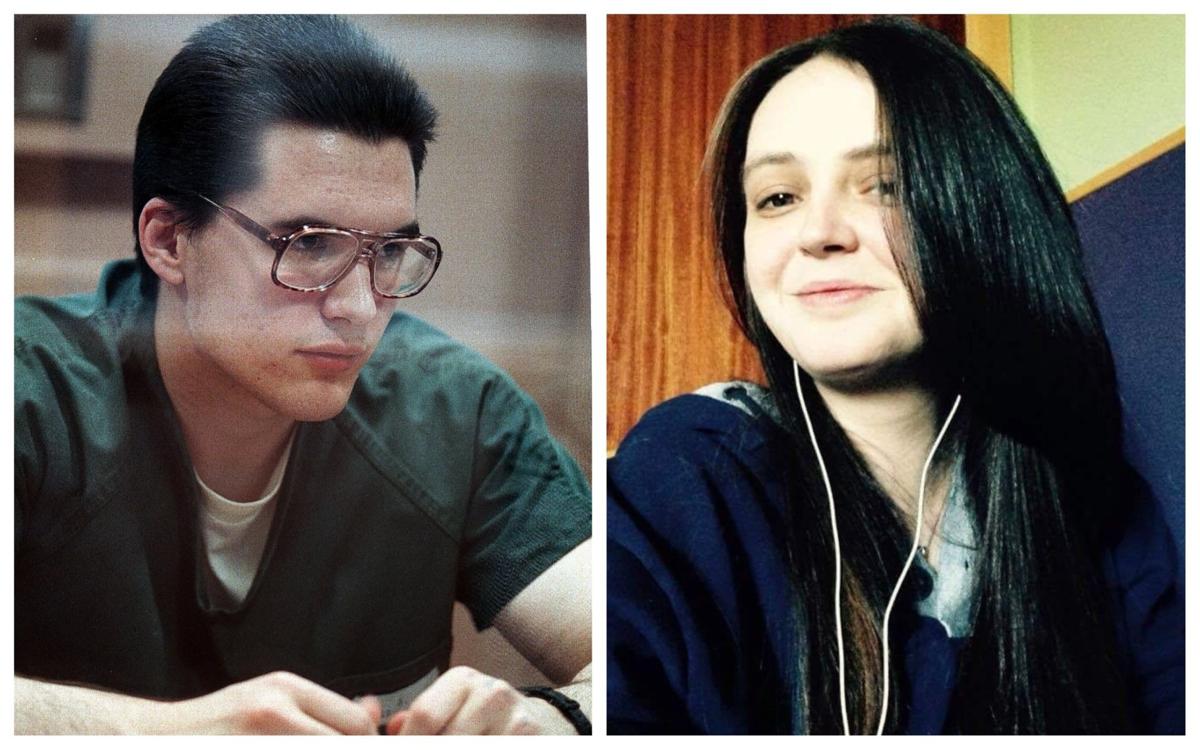 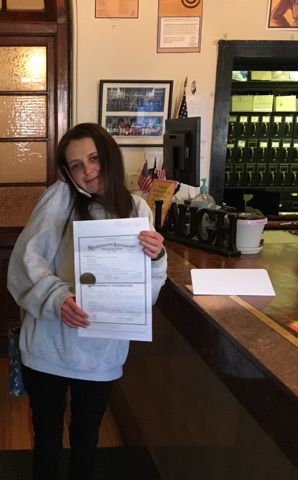 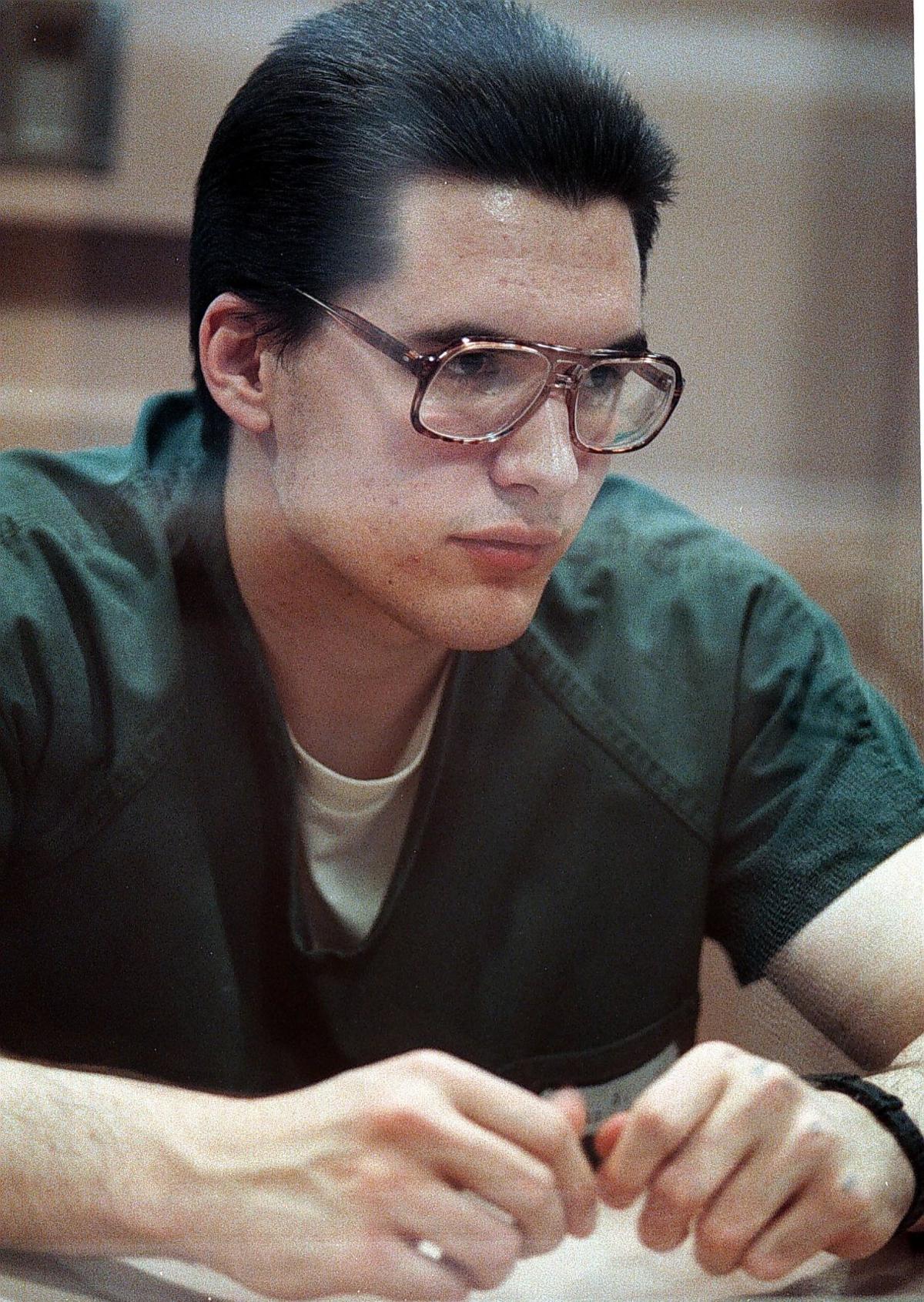 A 16-year-old Jacob Ind is picutred during his murder trial in 1994. He is currently serving two life sentences for the murders, but recently won a retrial. Ind is from Woodland Park. Photo/Kelley 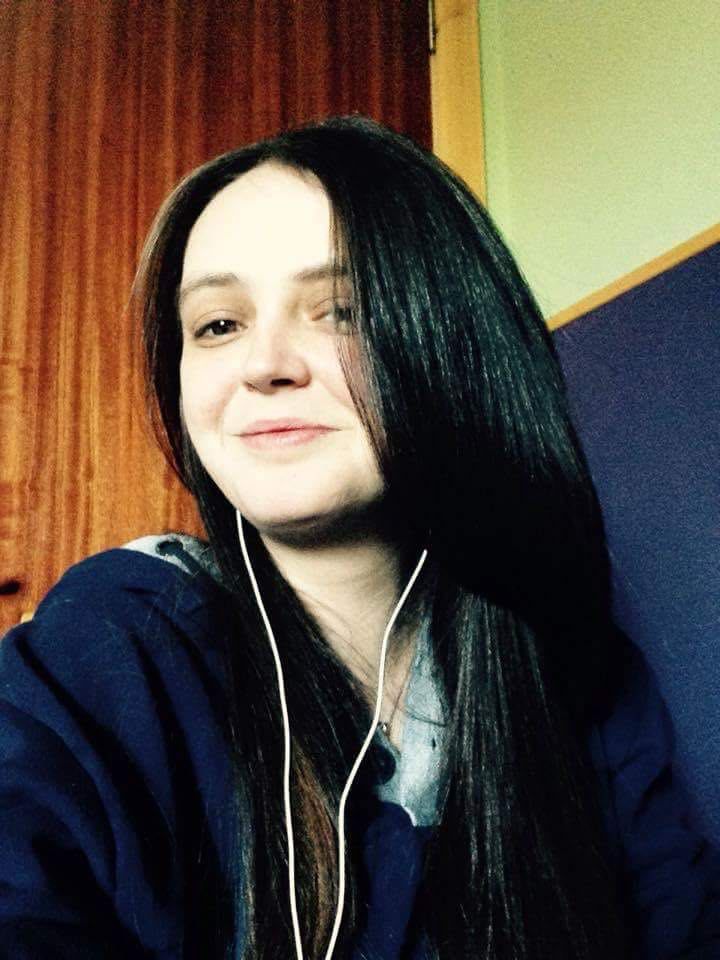 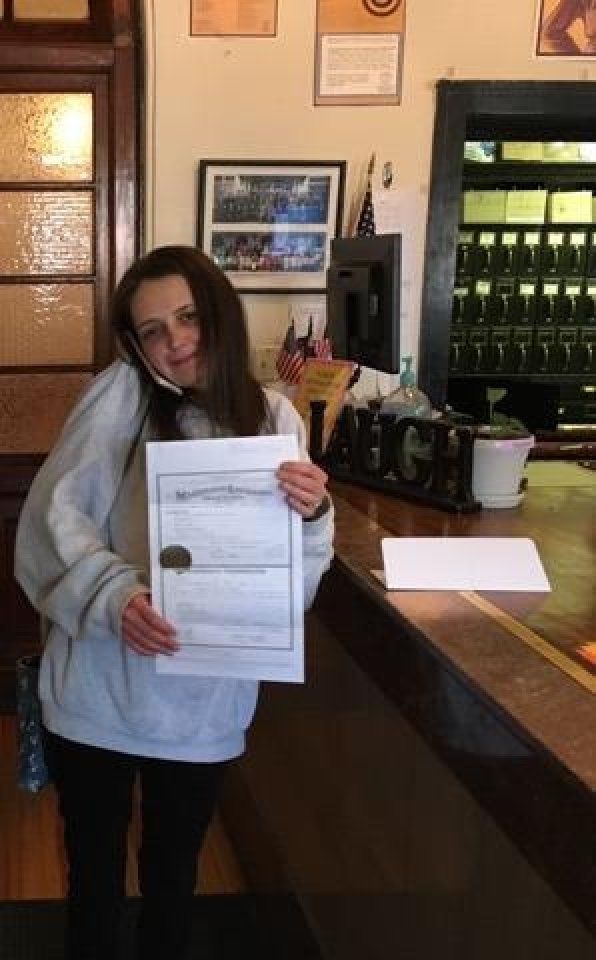 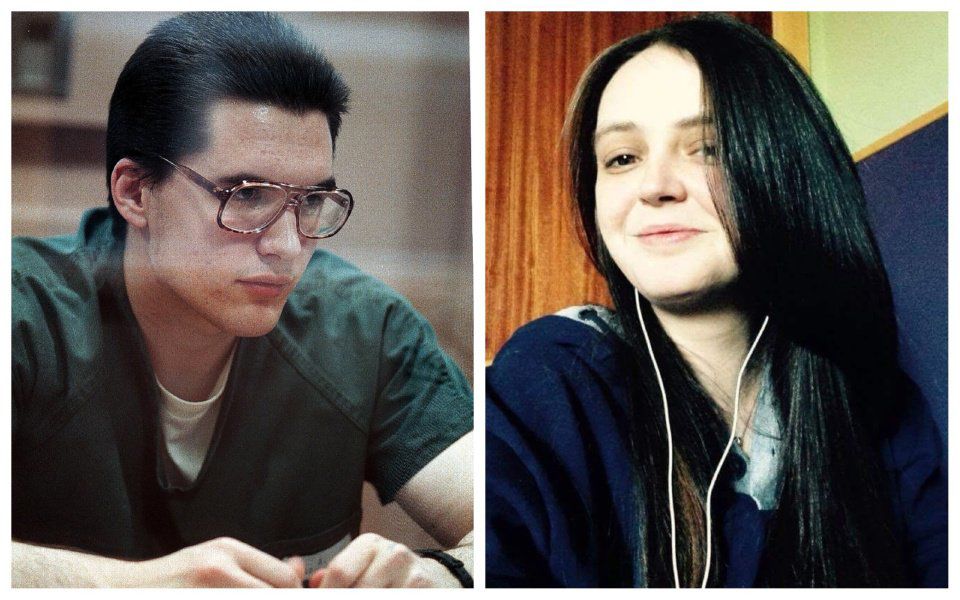 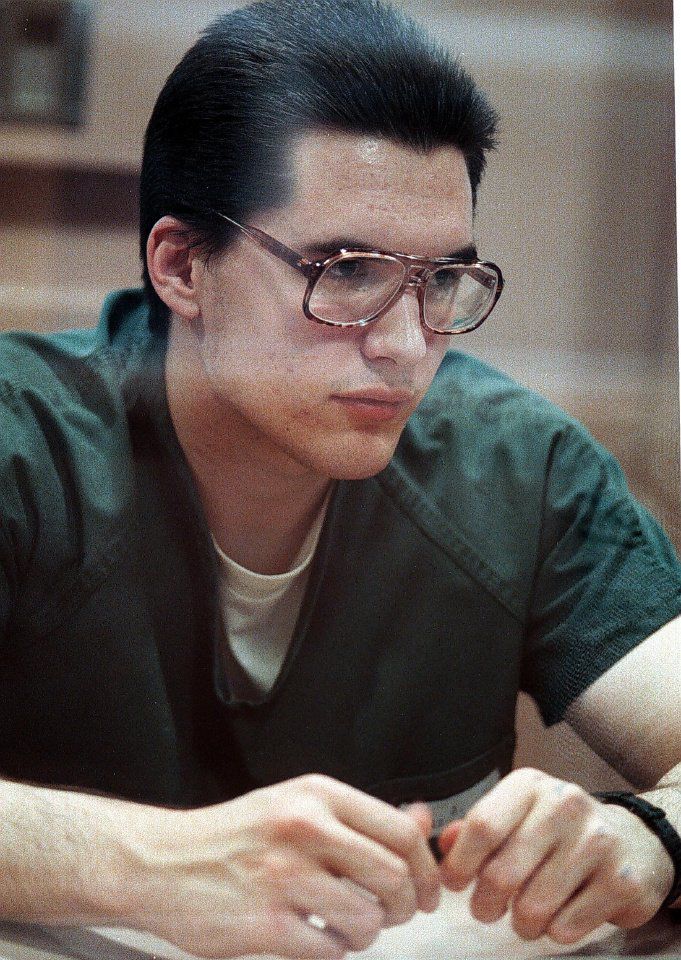 Jacob Ind is serving two life sentences in the Colorado State Penitentiary for the murder of his mother and stepfather. Ind is from Woodland Park. Photo/Kelley 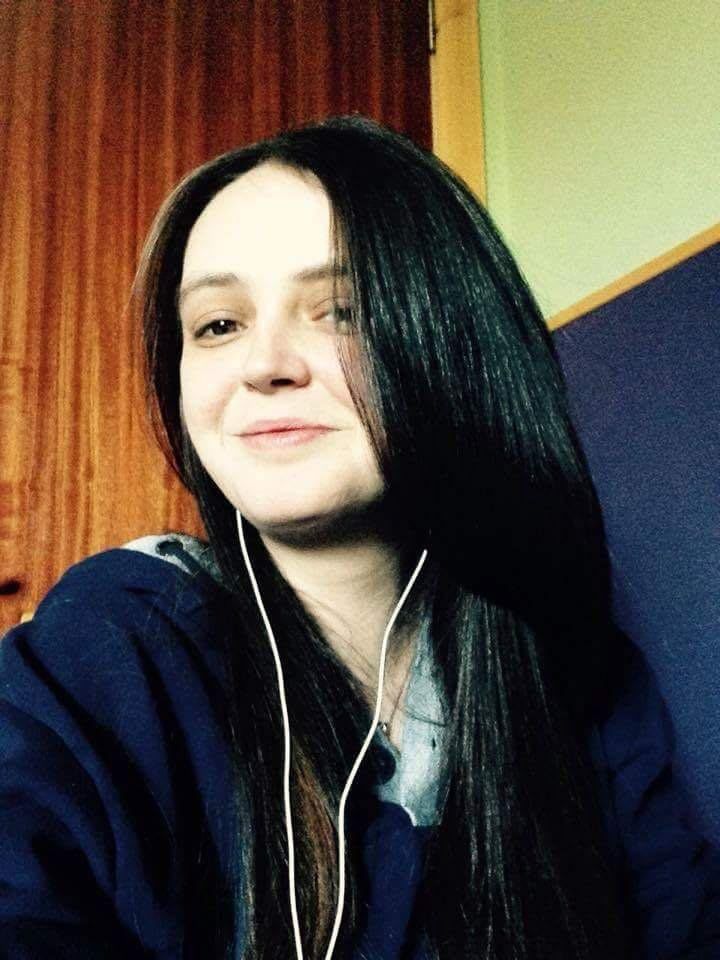 A 16-year-old Jacob Ind is picutred during his murder trial in 1994. He is currently serving two life sentences for the murders, but recently won a retrial. Ind is from Woodland Park. Photo/Kelley

Jacob Ind is serving two life sentences in the Colorado State Penitentiary for the murder of his mother and stepfather. Ind is from Woodland Park. Photo/Kelley

Denise Stalford never expected to fall in love with a convicted killer.

The 31-year-old Northern Ireland-native recalled the disgust she felt when she saw "Lost for Life," a 2013 documentary about juveniles who committed crimes and are serving life in prison without parole.

"I had no sympathy whatsoever for the first people who came on," she told The Gazette earlier this month in a video interview from her home in Ireland.

"I heard it in his voice," Denise said. "He's not a monster. He's never been a monster."

In what Denise calls "the craziest thing I've done," after watching the film she wrote to Ind to sympathize with his desperation - she said she also had been abused as a teen by "two people very close to my family" - and wish him luck in his fight to be freed from prison. The U.S. Supreme Court recently had ruled mandatory life sentences for juveniles to be cruel and unusual punishment, sparking resentencing hearings across the country.

Their correspondence quickly grew into 20-page typed letters, front and back, where they discussed music, sci-fi movies and history.

"We would have to split them into separate envelopes so the postman would take them," Denise said. "We just became best friends."

A couple of years ago they exchanged vows during one of their daily, hours-long phone conversations, and on Jan. 19, during her first trip to the U.S., she officially became Denise Ind. During their first in-person visit the day after signing the marriage license they remained separated by glass. They have yet to kiss as husband and wife.

"They keep making me wait for that one," Denise joked.

She may not have to wait much longer.

After serving 25 years in prison, Ind, now 40, won a retrial in the 1992 killings of his mother Pamela Jordan and his stepfather Kermode Jordan, when a judge ruled he was wrongly denied the right to testify on his own behalf. The attorney who represented him at the time, Shaun Kaufman, admitted to threatening to walk out on the trial if Ind tried to speak; Kaufman's law license has been suspended.

A date for the retrial has not been set.

Ind's defense remains as it was in 1992: He killed his parents in self-defense after suffering years of abuse.

As his older brother, Charles Ind, would testify, Kermode Jordan molested the brothers repeatedly in what they came to call the "bathroom sessions." Jacob Ind later said that in addition to physical and verbal abuse, his mother also sexually abused him until the age of 12.

"I had two ways out," Ind later told The Gazette. "Kill myself or kill them."

Now he plans to tell his side of the abuse.

"They should not have died, and it's sad that they did," Denise said of the Jordans, "but they were not the only victims of what happened."

Purdom recalls 15-year-old Jacob Ind as a teen heavily bullied for his "hippie" attire, but also as one who was painfully shy who rarely reacted to the cruelty. So when Ind became violent in the months before the killing, Purdom took notice.

In one altercation, Purdom said Ind grabbed a pair of scissors and went after a friend. That was the first time Purdom said he heard Ind mumbling to himself about killing his parents.

"We went to the principal and told him everything that Jacob said, and that this was different than how his attitude had been before ... and they just blew it off," Purdom said. "This was pre-Columbine and you didn't hear about this kind of thing a lot."

One thing Purdom is certain about: it was obvious Ind was "troubled" and being abused. He just didn't know how or to what extent.

"For people to say he wasn't abused or they didn't see it coming, that's not correct," Purdom said. "You could see the warning signs for Jacob all over the place."

Mabie had been a key witness in Ind's conviction. He shared the conversations he'd had with Ind about wanting to kill his parents. He eventually alerted authorities to the murder when Ind told him at school he'd gone through with it. Mabie later would record phone conversations with Ind from jail during which Ind reportedly ordered the killing of his accomplice, Gabrial Adams.

At trial, Mabie denied knowing of any abuse, testifying that "things seemed pretty normal" in the Jordans' home and he never thought of Ind as being abused. But Walters believes he "was swayed by the prosecution."

"I know to this very day that this has affected my nephew's life," Walters said. "I can't say much more, but Jacob, in my eyes, didn't stand a chance at all. He was already guilty before the trial even started. So many wrongs and some intimidation; they were all so very young."

Mabie could not be reached for comment. Family members either didn't know how to reach him or didn't respond to The Gazette's calls.

Much hangs on Ind's retrial.

He could be absolved of murder charges, or his 1994 conviction could be upheld. Either way, it's unlikely his life sentence would be renewed due to current juvenile protections.

That's why he and his wife Denise already are looking forward to a life together outside of prison.

Ind said it in the "Lost for Life" documentary - "I fully believe, 100 percent, that I'm gonna get out" - and Denise reinforced that message to The Gazette: "I don't know when it will be or how it will happen, but I believe he's coming home."

They understand some may view their relationship as unusual, Denise said.

She worries about being portrayed like the "crazy" women on reality shows like, "Love After Lockup," a docu-series following six couples whose relationships developed while one partner is behind bars. It's obvious through video that she's uncomfortable discussing her private life - as she folds into herself, hugging her leg tighter into her petite frame - but she fiercely loves and believes in Jacob Ind.

"There are not many women who can say they have full access to mental health records and every detail of (their partner's) past," Denise said. "All things considered it might be a little bit safer than meeting a guy at the bar and bringing him home. I trust Jacob. He is me."

If the day comes where Jacob is released, Denise said they hope to build a life together with her 10-year-old son in Ireland. It would be "a fresh start in a country where no one knows him as Jacob Ind, the guy who killed his parents," and also a safe place to heal and rebuild, she said.

In the United Kingdom, which includes Northern Ireland, "people, even if they knew what happened, wouldn't be aghast in the street," Denise said. "Where I'm from, if something bad happens to someone who rapes children, people don't have a lot of sympathy for them. A lot of people over here believe he shouldn't have been locked up in the first place."

Jacob doesn't excuse what he's done, Denise said, but he wants to allow his family to move on uninhibited by the dark cloud he created.

"Jacob more than anything wants to be normal and have a normal life, and give his family some sense of normality, which he knows they can't have until he's out or he's in a box."

Jacob Patrick Ind, 41, who was sentenced to life in prison after the 1992 murders of his mother and stepfather in Woodland Park, could again walk free under a deal with prosecutors. Ind pleaded guilty Thursday to second-degree murder in the deaths of Frank and Pamela Kermode — averting a retrial in which he was expected to argue that he attacked the pair in self-defense after extensive abuse.