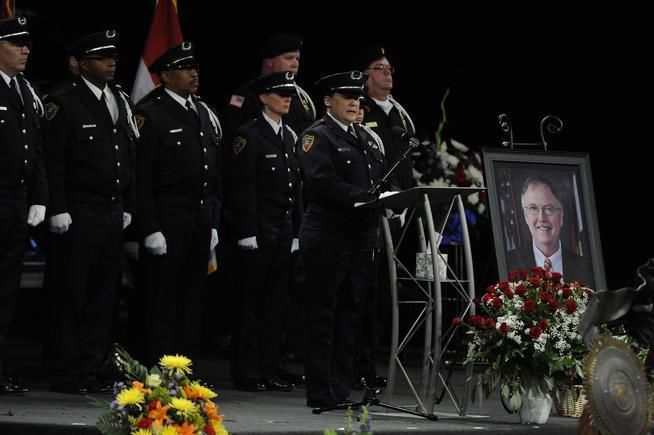 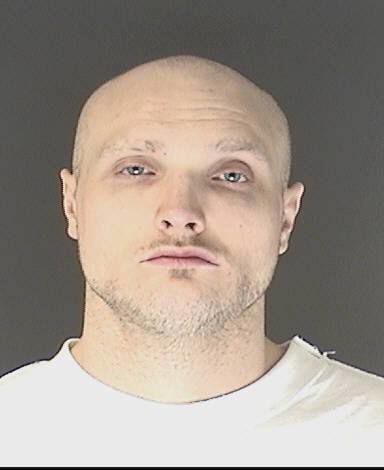 The man shot after a firefight and car chase with Colorado Springs police was named a "person of interest" in the 2013 slaying of Colorado's prison chief.

The shooting began when Colorado Springs police responded to a burglary call at 8:48 p.m. in the 2400 block of Sierra Springs Drive. Investigators say Guolee fired multiple rounds at the officers and the officers fired back until Guolee got in a vehicle and drove away, according to the Sheriff's Office, which is investigating the shooting.

The ensuing chase ended when Guolee crashed at Ruskin Drive and Whittier Drive. Officers shot him as he got out of the vehicle, the Sheriff's Office said.

The names of the two officers involved were not released Thursday. A warrant for Guolee's arrest was sealed.

The episode was reminiscent of a shootout nearly three years ago with a man investigators claim Guolee knew - a parolee who authorities say gunned down Colorado's top prison official, Tom Clements.

In 2013, investigators suspect Evan Ebel killed a pizza deliveryman while on parole in Denver. Ebel allegedly used the pizza worker's clothes to pose as a deliveryman and fatally shoot Clements in the front doorway of his Monument home. Ebel later died in a shootout with Texas authorities.

Investigators focused their attention on the 211 Crew white supremacist prison gang following Clements' death, naming Guolee and another man as persons of interest in connection with the slaying.

The Sheriff's Office said Guolee, who has spent much of the last 14 years either in prison or on parole, had ties to the 211 Crew, and had spoken to Ebel in the days leading up to Clements' killing. Guolee was jailed on an unrelated parole violation and never faced charges in the slaying.

In a 2013 jail interview with the Denver Post, Guolee denied any involvement with the 211 Crew and learned of Clements' killing through the news.

"I was surprised," Guolee told the newspaper. "I thought there was no 211. I was so far away from all that stuff."

Guolee had a mixed record on parole.

He was sentenced to prison in 2001 on menacing, forgery, drug, weapons and fraud charges, and was released to parole on July 10, 2006, said Adrienne Jacobson, a Colorado Department of Corrections spokeswoman.

But he violated parole three times over the next seven years and was sent back to prison three times, the agency's records show. Guolee's parole was never revoked, because the violations were technical, such as missing a curfew or failing a drug test, Jacobson said. Guolee was released from parole on Nov. 18, 2014, she said.

He is being held on $1 million bond.

Benjamin Davis, the founder of a white supremacist gang, was so sure other gang members conspired to assassinate Colorado prison chief Tom Cle…