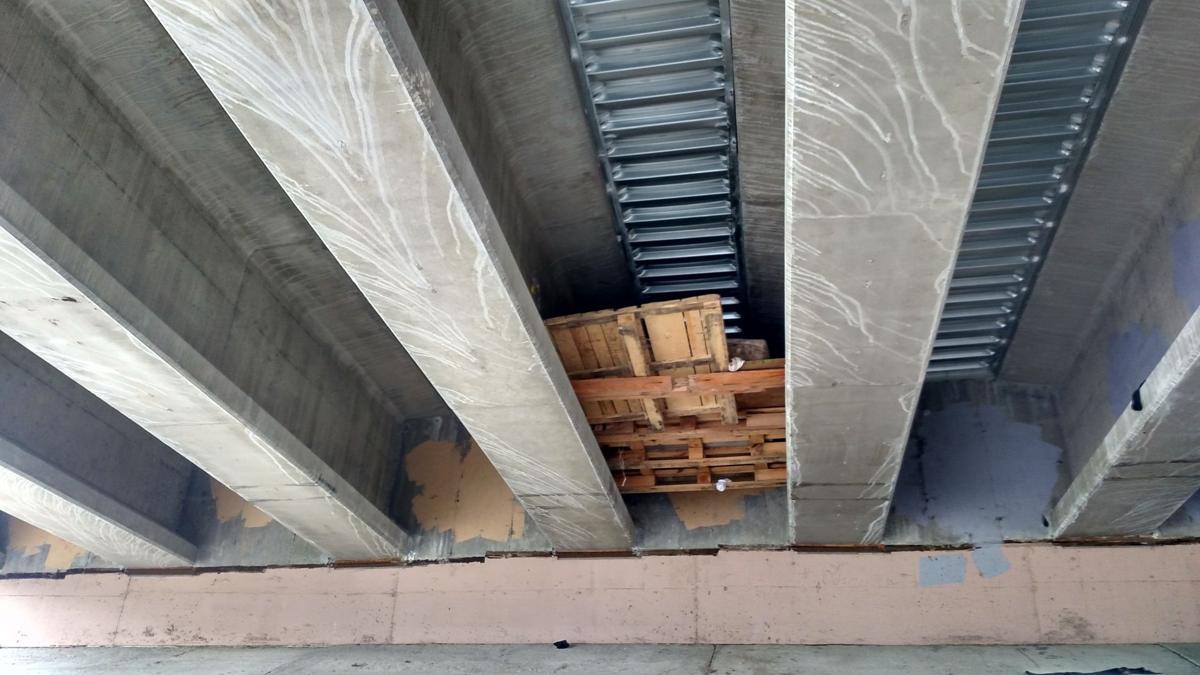 Plywood and a mattress remained Wednesday, May 18, 2016 fastened under the Cimarron bridge over Conejos Street south of downtown. A homeless woman was thrown from the "loft" and repeatedly raped for days at the spot where she landed, unable to escape because her legs were paralyzed, Colorado Springs police say. Photo by Jakob Rodgers, The Gazette 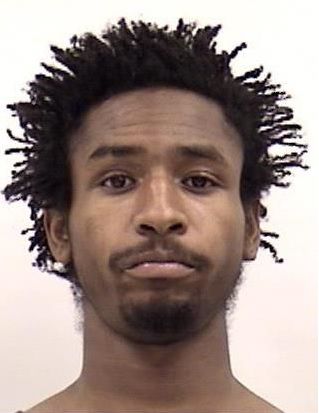 Plywood and a mattress remained Wednesday, May 18, 2016 fastened under the Cimarron bridge over Conejos Street south of downtown. A homeless woman was thrown from the "loft" and repeatedly raped for days at the spot where she landed, unable to escape because her legs were paralyzed, Colorado Springs police say. Photo by Jakob Rodgers, The Gazette

A homeless woman was thrown from a ledge and repeatedly raped for days at the spot where she landed beneath the Cimarron Street bridge - unable to escape because her legs were paralyzed, Colorado Springs police say.

The torture ended when a passerby found her May 2 lying beneath the bridge south of America the Beautiful Park, court documents unsealed this week show.

The assault comes at a time when homeless people are left with little choice but to risk their safety and live outside, because too few shelter beds exist in El Paso County, homeless advocates say.

That reality has exposed one of the region's most vulnerable populations to theft and violence, especially women.

"It's the worst part of not having enough shelter space," said Shawna Kemppainen, executive director of the Urban Peak youth shelter, which is often at or near capacity.

For the woman found beneath Cimarron Street, living on the streets nearly turned deadly.

In mid-April, she met a man - later identified by police as Isaiah Jarvis Perrin, 21 - and stayed with him in a loft composed of wooden boards wedged between two girders beneath the Cimarron Street bridge, court documents show. The loft could be reached by walking up a steep cement embankment to the bridge's underbelly.

She told detectives she occasionally stayed there with him. But around dusk on April 30, she said she arrived to find him smoking some kind of drug, possibly heroin.

When she tried gathering her clothes, Perrin retaliated - first threatening to toss her from the loft, court documents show. Only when he appeared to relent - and she loosened her grip on the wood beams - did he throw her off.

She slammed against the concrete, instantly paralyzed.

The man immediately climbed down and beat her, an affidavit said. Then she endured days of repeated rapes.

At least once, the man moved her head and forced her to perform oral sex, she told detectives.

A passerby found her May 2 and called police. Her spine fractured and her spinal cord injured, she was taken to a Colorado Springs hospital for surgery, according to court records.

Officers arrested Perrin later that morning near the bridge and booked him into the El Paso County jail, where he remains in lieu of $25,000 bond on charges of attempted murder and sexual assault.

Perrin first told investigators the woman fell off the bridge - something he laughed at, his arrest affidavit said.

Perrin also claimed multiple men raped her, but he denied involvement, according to the affidavit. Then he changed course - telling detectives she gave him a "blow job," the affidavit said.

Throughout the police interview, he maintained that she lay on the ground for three days until someone stopped and gave her water, the affidavit said.

The circumstances surrounding the woman's homelessness, however, were not detailed in the affidavit. The Gazette does not typically print the names of sexual assault victims.

The case is emblematic of the dangers people face while living on Colorado Springs streets, homeless advocates say. And with shelter beds normally full, that threat is often unavoidable.

Two seasonal shelters closed in mid-April, eliminating about 230 beds. Even with the vast majority of those beds full, a one-night survey in January found more than 300 additional people sleeping outside.

All that remains are a few small programs and the Salvation Army's 200-bed R.J. Montgomery Center, which is geared more toward families and requires clients be sober. Normally, it's at or near capacity.

The dangers homeless people face are difficult to quantify, and Colorado Springs police did not have statistics Friday on the crimes affecting homeless people.

Still, homeless people interviewed by The Gazette say they live in constant fear of being assaulted in camps tucked away in bushes dotting vacant plots of land across Colorado Springs.

Further, belongings left unattended are routinely at risk of being stolen. Any trip away from camp - be it to get food at a soup kitchen or to apply for jobs - leaves a homeless person's belongings open to theft.

Kemppainen said her outreach workers have encountered people who have gone home with men seeking sex - regardless of the safety risks - as a means to sleep inside.

"It's not uncommon," she said.

Kemppainen also said she tells her clients to find businesses open 24 hours as a way to increase the hours they spend indoors.

Finding a place to sleep in Colorado Springs involves calculated risk, said Michelle, 23, who declined to give her last name. She has misgivings about the safety of shelters, and lives under several tarps and blankets held up by shopping carts under the Nevada Avenue bridge along Fountain Creek.

Camping under the bridge offers relative safety, she said, because the area is well-traveled. She also could quickly climb the embankment and flag down help from passing motorists if needed.

The same can't be said of camping elsewhere, such as on U.S. Forest Service land, she said.

"You're further away from civilization, so people know they can harass you and you're not going to be able to get very far," she said.

Other homeless people described camping in small groups for safety in numbers.

On Friday, three tents were across Fountain Creek under the same bridge - a quarter of the amount that were there just a few days ago. The decline came amid fears that police were planning to visit and ticket people for camping.

Poking her head out of her tent across Fountain Creek, Lisa Watkins, 49, said she would never camp alone.

"I wouldn't feel safe being by myself," Watkins said.

A man accused of repeatedly raping a paralyzed woman for days beneath a Colorado Springs bridge in 2016 has been offered a plea deal.