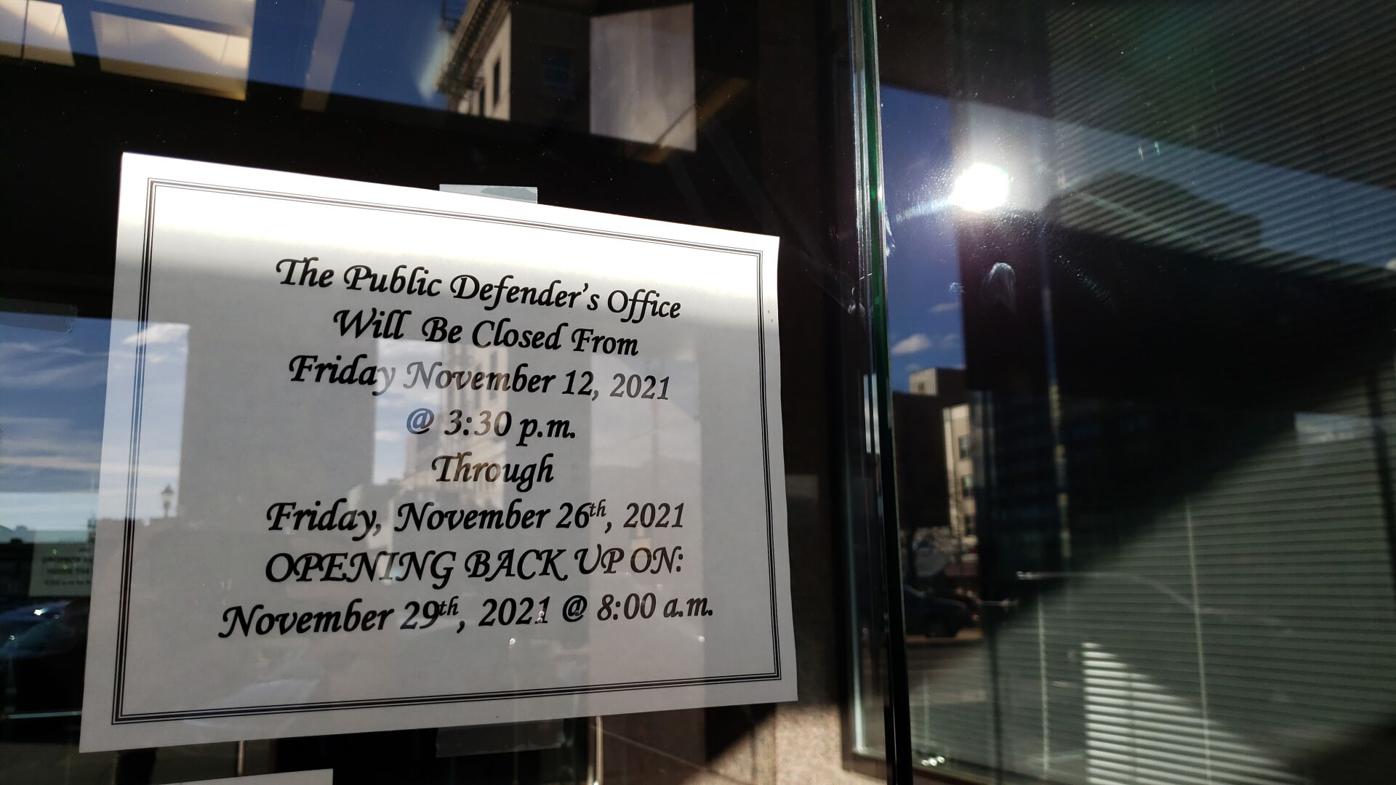 A notice posted outside the Colorado Springs Public Defender’s Office, announcing the office will be closed between Nov. 12 and 26. 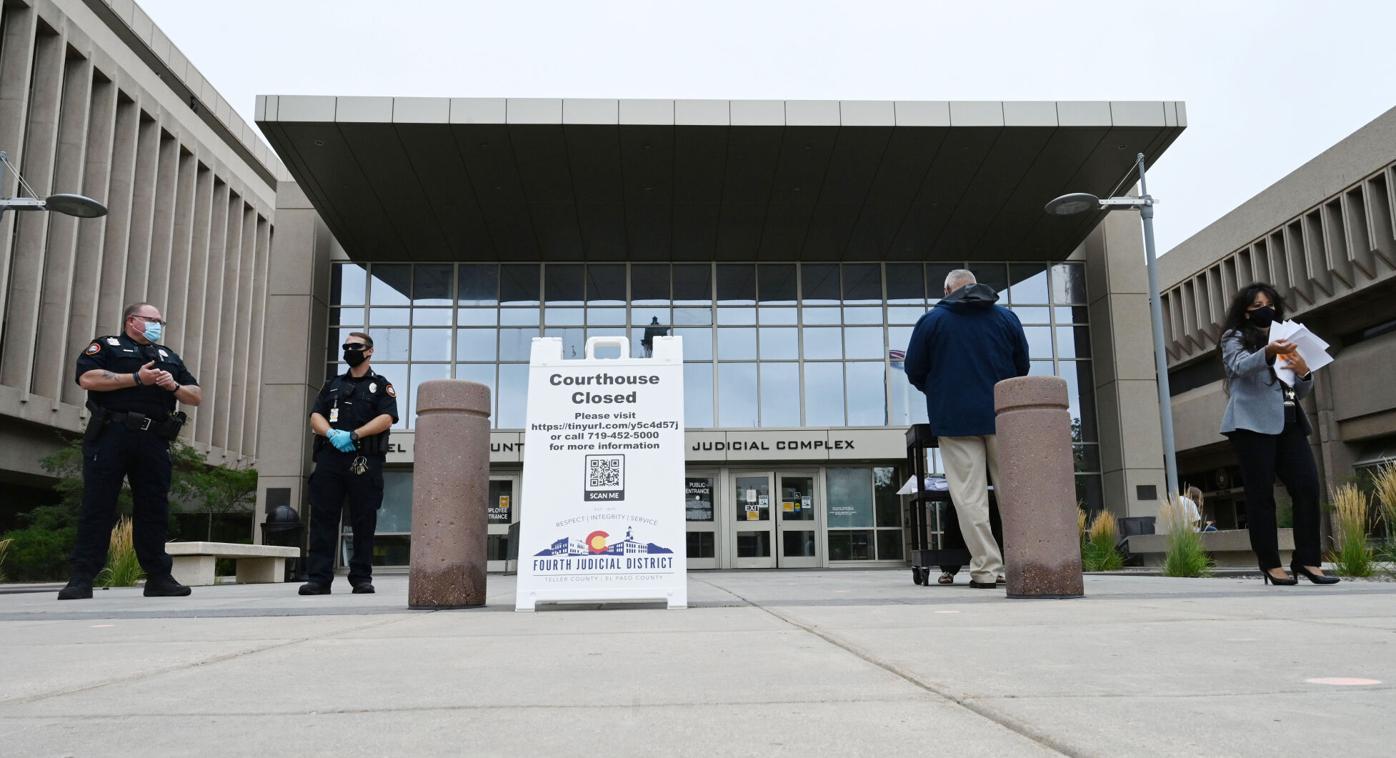 View from outside the El Paso County Courthouse on Tejon Street at Vermijo Avenue.

A notice posted outside the Colorado Springs Public Defender’s Office, announcing the office will be closed between Nov. 12 and 26.

View from outside the El Paso County Courthouse on Tejon Street at Vermijo Avenue.

"Out of an abundance of caution, the Public Defender’s Office chose to be proactive and requested that their employees go to virtual or remote work in order to control potential spread of disease in their office," Beyrle wrote in an emailed statement to The Gazette.

The Colorado Springs and state offices of the public defender did not respond to multiple email and phone call requests for comment, or declined to comment.

During the office closure, which according to notices posted on the office’s front doors will end on Nov. 26, Beyrle said Public Health is working with the Public Defender’s Office to figure out how many people tested positive, adding they’re still waiting to receive data.

"Once we have received and reviewed the necessary information, we will determine if it is a confirmed outbreak," Beyrle said in the statement.

The Colorado Department of Public Health and Environment requires known or suspected COVID-19 outbreaks to be reported to local public health agencies within four hours, according to the department's website. Sometimes, spokesman Brian Spencer said, there's a delay in facilities reporting to local health agencies outbreak information that can be released to the public.

El Paso County Public Health spokesman Jared Verner said the defender's office has been "very cooperative" in the health department's investigation, and reiterated Spencer's claim, saying it "takes time to sort through that process" of investigating a potential outbreak.

The office closure comes less than three weeks after a seven-person outbreak within the Fourth Judicial District Attorney’s office, which according to COVID-19 outbreak data from El Paso County was declared on Oct. 25.

That outbreak, which is still listed as active, did not result in all employees shifting to virtual or remote work, with prosecutors continuing to appear in court in the days before and after it was declared. According to spokesman Howard Black, the outbreak "hasn’t had any impact on case flow at this point."

"We’ve had exposures that have been ongoing throughout the pandemic," Black said. "We always follow the health department’s guidelines."

Verner said health department recommendations, like enhanced cleaning or additional testing, can vary for outbreaks, and that it's up to the organizations and agencies with potential outbreaks to "decide what they can and can't do and still be able to try to maintain business operations."

The office closure and outbreak began amid high community transmission rates in El Paso County, according to Centers for Disease Control and Prevention guidelines, which had been on a gradual rise since July.

Gov. Jared Polis continued to show no interest in instituting a statewide mask order Friday, days after much of the metro area and public health officials across the state asked him to do so.