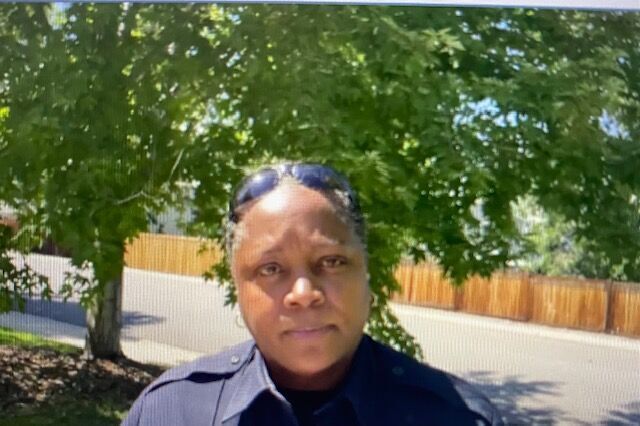 Denver Police Sergeant Carla Havard has filed an EEOC complaint against her employer for what she said is systemic harassment and a culture of bias. 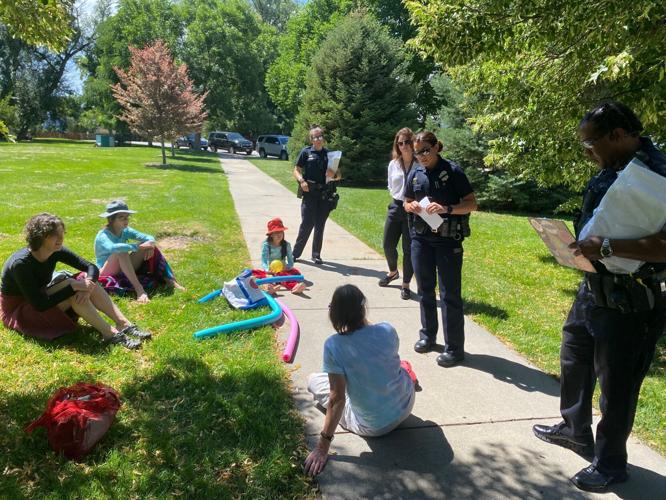 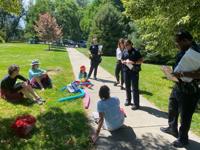 Hazard' Citywide Impact Team counseled families this summer at Southwest Rec Center about the murder of. 15 year old which upset the community.

Denver Police Sergeant Carla Havard has filed an EEOC complaint against her employer for what she said is systemic harassment and a culture of bias.

Hazard' Citywide Impact Team counseled families this summer at Southwest Rec Center about the murder of. 15 year old which upset the community.

The Rodney King beating was a catalyst for a young security guard who was watching reruns of the Los Angeles incident during a work break in the late 90’s.

"Someone should do something," thought Carla Havard.

Then she glanced at the breakroom refrigerator door and saw her own reflection in the stainless steel.

Today, the 24-year Denver Police veteran is a sergeant and supervisor of its Citywide Impact Team and is also president of the Denver Black Police Officers’ Association. She is not only one of the few Black women on the force, but also one of the few who holds a supervisory position.

The woman who “heard the call to be an officer” is now fighting what she sees as a double-whammy of systemic sexual harassment and racial discrimination in the department.

“I want to make it better for the ones who will come after me,” she told The Gazette between orders at a pick-up window for burritos for her team. "Misogyny and racism have been allowed to exist in these types of systems for a long time."

Last month, Havard took a bold step and filed a complaint against her employer with the Equal Employment Opportunity Commission. The claim states that she has suffered retaliation for suggesting publicly that there should be an investigation into what she sees as a hidden misogynistic atmosphere that most women are afraid to talk about.

Havard said she’s been retaliated against for a remark she made at a gathering of the Women’s Collective, a group which the DPD created in March 2021 specifically to improve the experience of women in its ranks.

At the meeting, women came forward with stories of sexism and misogyny, which, according to a memorandum revealed in Havard's complaint, was rampant among the force. They told stories of male officers who constantly touched them inappropriately. Another said a male officer fake-choked her even though he knew that she had been a victim of sexual assault. Women said they complained daily and that nothing was being done about it.

Upon hearing this, Havard stood and called for an investigation which, according to the complaint, received a round of applause.

But there was no standing ovation in the halls of the DPD.

Soon after Havard spoke up, the complaint contends, the sergeant’s duties shifted from mostly community-related work to routine patrol. "At that point I saw that my role in the many diversity initiatives and community groups was being minimized, " she said.

This past March, DPD started a form of corrective action for Havard called a "Performance Improvement Plan" or a "PIP" to get her back on track.

During one meeting she was called “an angry Black woman,” according to the complaint, which Havard said is untrue. "They expected me to accept mistreatment and insubordination. I didn't and I complained about it."

Her supervisor, who happened to have been at the women's meeting, began to pick at her for small infractions like being “two minutes late to a meeting,” and for wearing her shirt sleeves rolled up, the complaint said. She was told that others didn’t like her. “If you are going to complain on others, they will complain on you,” she was warned, according to the EEOC document.

From March until May 2022, Havard was required to meet with her supervisor twice a week and account for all of her actions. By the next month the hostile atmosphere led to a diagnosis of anxiety and stress disorder, the complaint states.

In her first internal affairs investigation, she was told that the department "was trying to find out why she was an angry Black woman."

Attorney Jenipher Jones, who is representing Havard in the EEOC case, told The Gazette that this stereotypical environment, in which Black women are highlighted as threatening and aggressive when they challenge their mistreatment, is as old as the plantation. “Performative measures need to end. Systemic change needs to occur. She cares about the community and she is doing this in part for the women and minority officers who will come after her," said Jones.

When contacted by The Gazette, the Denver Police Department said that it has “taken a number of strides in recent years to improve internal and external equity practices” including the Racial and Social Justice Academy, a Shared Leadership for Institutional Diversity and Equity Bureau, and the creation of the Women’s Collective which, ironically, is where Havard got in trouble in the first place for calling for an investigation into the department.

A DPD spokesperson said in an email that this “gives an idea of where the department is heading.”

The EEOC process has several steps. Evidence from both parties will be taken into consideration by the EEOC once they’ve interviewed Havard. Next, a pattern and practice investigation will be conducted, and eventually come under review. There could be mediation, or a right-to-sue letter, which would then bring the case into federal court.

The Five Points community where Havard regularly makes rounds is hoping she stays on the force.  Mae Stiter of Frankling Afro Styling Barber Shop said the community needs the officer who stops into the business to check up on her. "I don’t see Officer Havard as being angry or anything like that.” She said that Havard counseled one woman who was living on the streets to stop running away. “Now she’s going to church and she has a job,” said Stiter. "Sometimes people have a problem when others speak up."

Havard said her aim is to save a lot of women, "whether they know it or not," she said. "Somebody's daughter, somebody's sister, somebody's mother is going a to have a safer workplace environment because of what I'm doing."

This is not the first time the department has been accused of discrimination.

In March 2020, the City of Denver and the DPD agreed to a settlement stemming from a sexism complaint which Magen Dodge, one of the highest ranking females on the force, filed against the department in 2019. Dodge received $280,000 and a position with the internal affairs division.

In the complaint, she said former Chief Robert White told her to prostitute herself in order to earn $50,000 for the department. When she complained, he said she was being "silly." At the time, she was a District Commander.

White was eventually cleared by an internal investigation and retired in 2018.

The Denver Police department also has been the subject of several civil rights complaints in recent years.

In a first-of-its-kind federal civil rights trial over how police handled the 2020 George Floyd protests, a federal court jury recently awarded $14 million to a dozen racial justice activists who sued Denver police, claiming excessive force was used against the protesters.

The verdict brought to nearly $42 million the amount Denver has agreed to pay for claims of excessive force and other civil rights violations involving the police and sheriff’s departments since 2011.