The Common Sense Institute released an analysis Thursday that examines the strain even a minor recession put on the Colorado Unemployment Insurance Trust Fund.

The Denver-based think tank said historic demand and "prevailing financial instability" of the state unemployment insurance fund meant the money ran out quickly and slipped into the red. 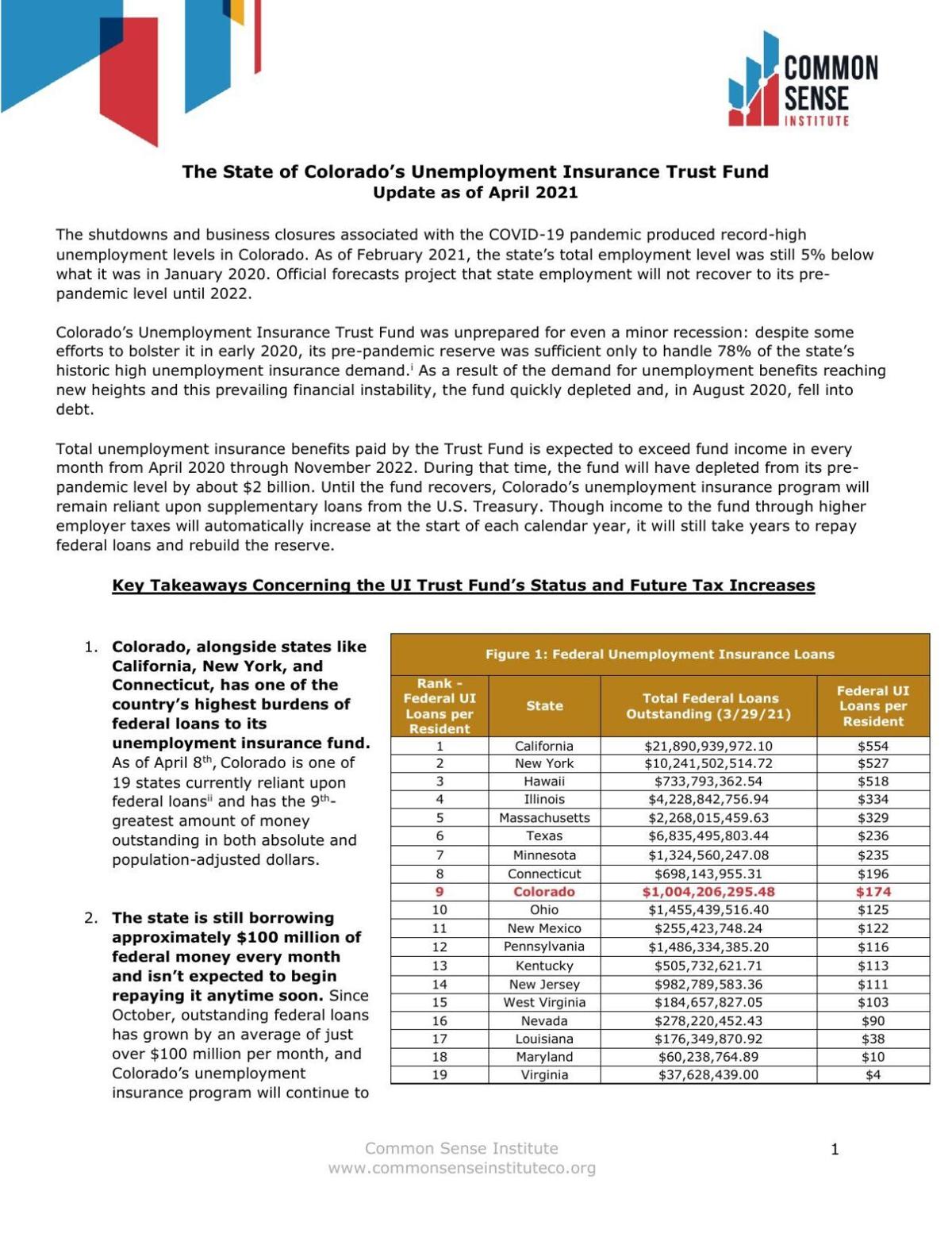 As of April the reserve had been able to cover 78% of its claims, despite effort to build up the fund before the pandemic.

“With more than $1 billion in federal loans, and growing, the state’s UI Trust Fund should remain a top concern for policy makers and business leaders,” Chris Brown, CSI's vice president of policy and research, said in a statement.

Colorado averaged borrowing $100 million a month since October. Of the 19 states that have needed federal loans, Colorado ranked ninth highest.

Averaged out, the fund has required loans equal to $174 for each Coloradan, the analysis found.