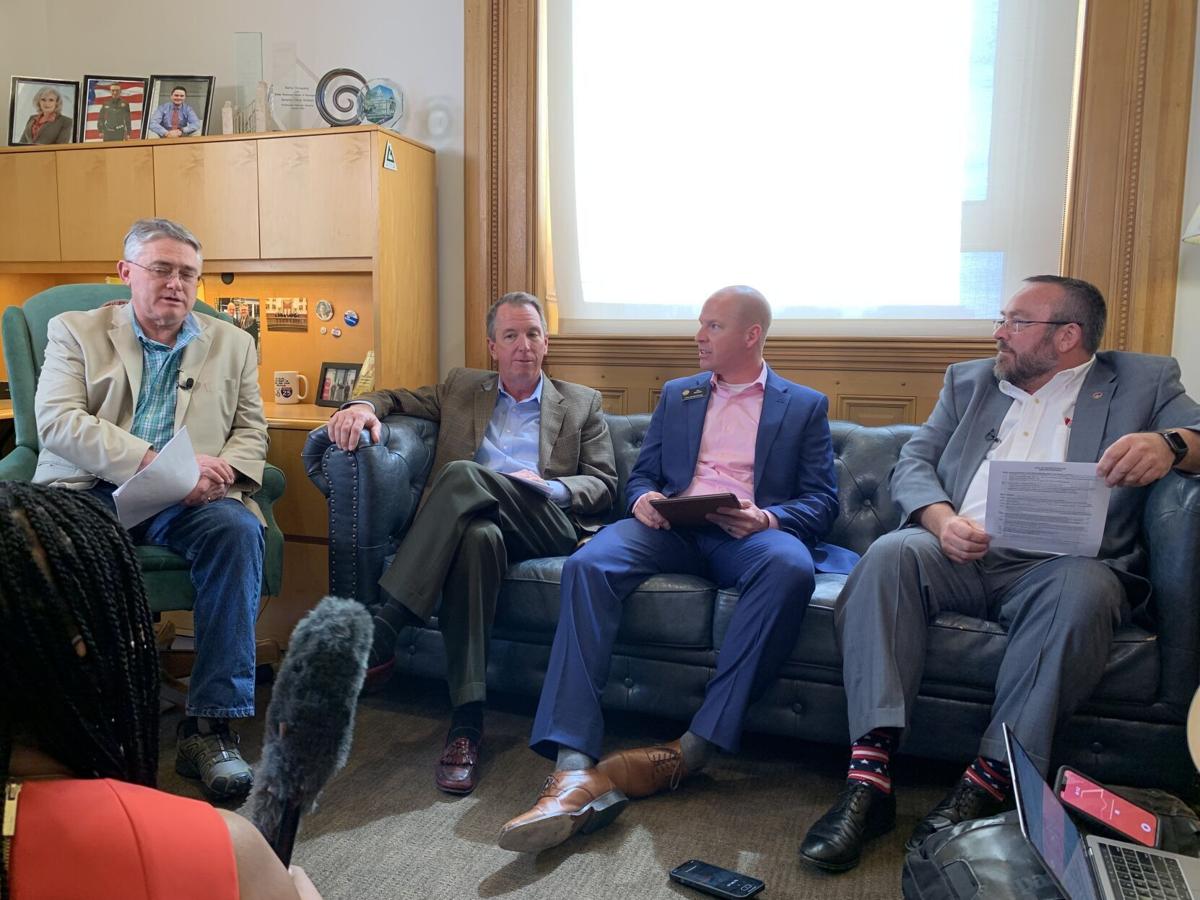 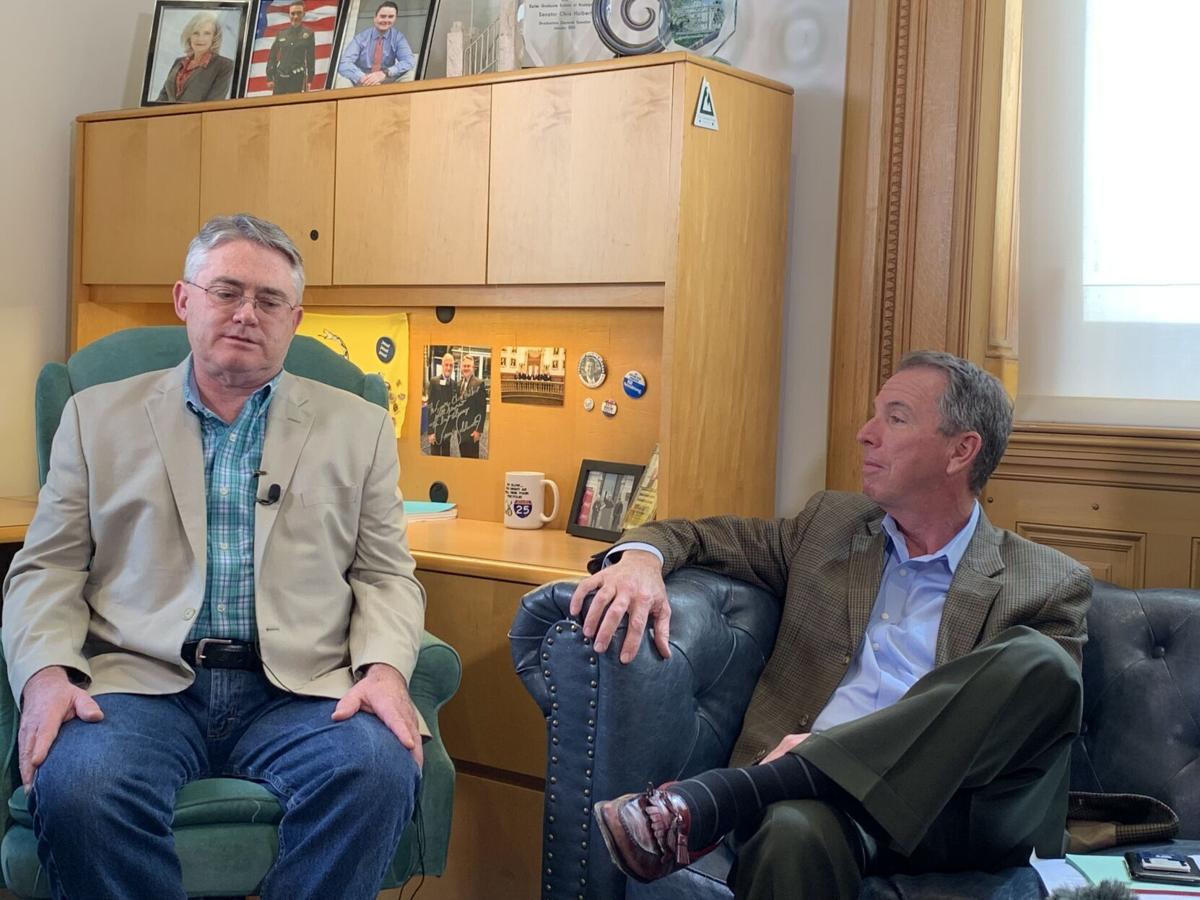 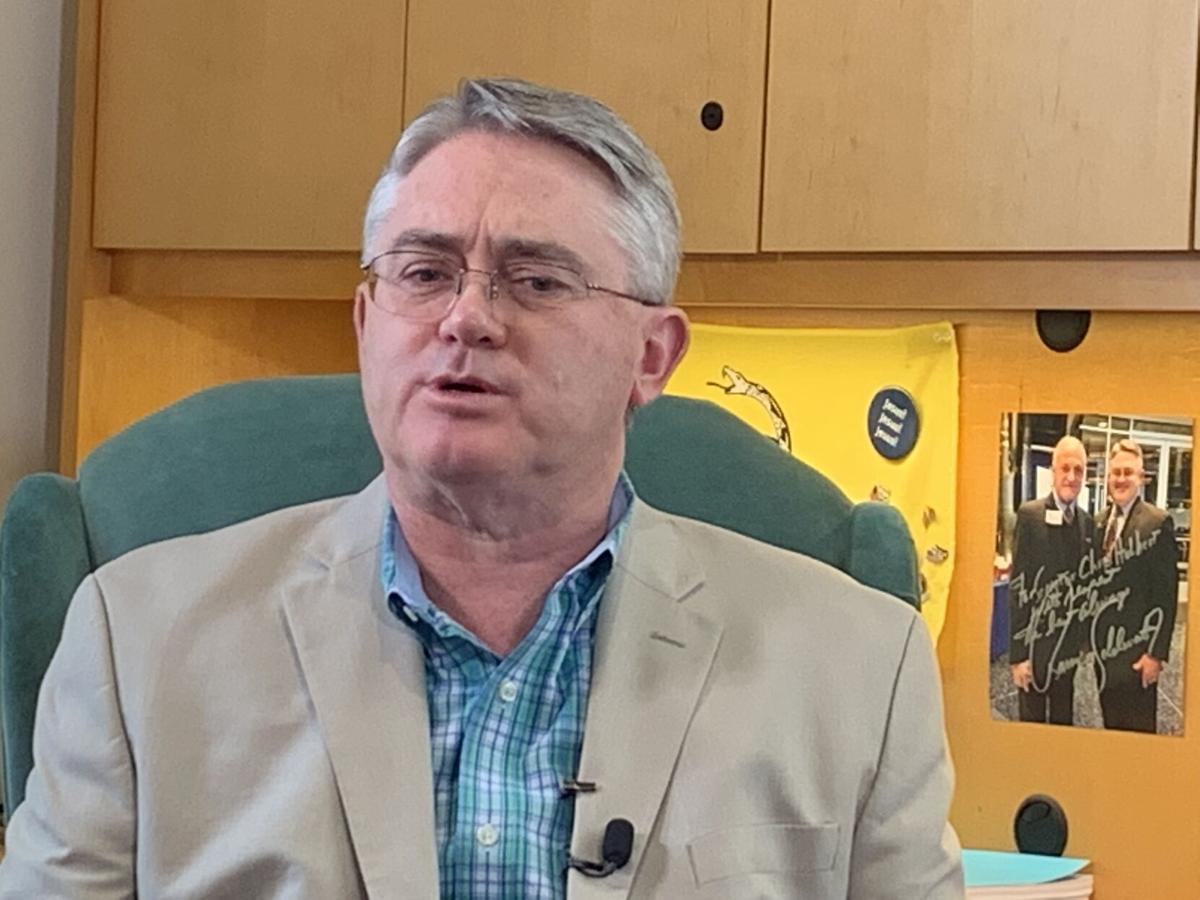 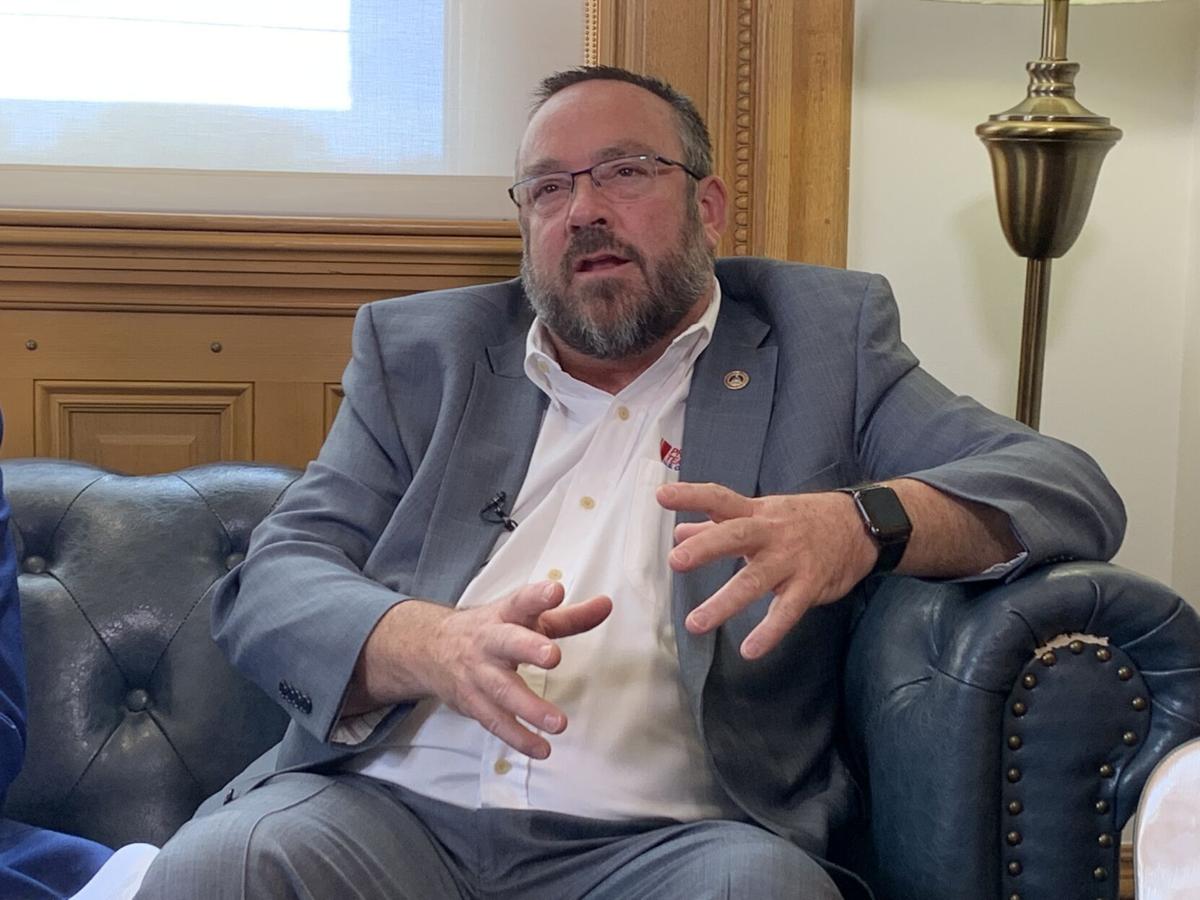 Republican legislative leaders Thursday spent 90 minutes in a freewheeling discussion of what went right and wrong for them in the recently-concluded legislative session and where things are headed for 2022.

With Democrats firmly in control of both General Assembly chambers, the Republicans opposed more bills than they supported. Republican leaders are pinning much of their hopes on voter decisions in 2022 as the independent redistricting commission redraw the 65 House and 35 Senate districts later this year.

Senate Minority Leader Chris Holbert of Douglas County said he believes the first step to changes in the lopsided disadvantage in the House, at 24 Republicans and 41 Democrats, and the narrow three-seat margin in the state Senate, are the maps that will be drawn by the commission that set political boundaries in 2022.

He said the maps will likely show tighter districts in some parts of the state, with more focus on communities of interest. Holbert gave examples of what he considered gerrymandering in some state House and Senate districts, such as the district that connects old Littleton with Aurora, or Senate District 5, which includes Vail and over mountain passes to the eastern end of the district and goes as far south as Salida.

The maps could result in more concise districts that give people confidence that their lawmakers will represent their interests, Holbert explained. Pueblo is another area where a new map is possible for the Senate, given that the city is divided between two Senate districts. New maps mean everything for the Senate in 2022, he added.

But that's not the only consideration for 2022: it's also making the case for voters about what Republicans would do. House Minority Leader Hugh McKean of Loveland, who won a strong vote of support from his caucus on Tuesday, said they must make the case for why Republicans can govern.

"We come into these discussions as a matter of practicality: how do we get people to work? How do we make sure that kids have every opportunity to get the education that they need to have?" he said. "And I think that when we really look at the amendments that we got on bills and the bills that we offer, we make the case to the people of Colorado that governing this state should not be reinventing it; governing this state should be listening to what the people of Colorado have to say and finding the best way to do those things in the best way."

The GOP leaders expressed frustration with how majority Democrats ruled in 2021, especially in the House. That led to a strategy between the Republican caucuses in the House and Senate that put the Senate GOP in a better negotiating position on bills, including adding amendments that made what they believed were bad bills just a little better, leaders said. That strategy included the frequent slowdowns, reading bills at length and filibusters in the House.

What that produced were changes, such as to the farmworkers bill, Senate Bill 87, which was heavily amended in the Senate. They were able to strip out  the involvement of "relators," for example, people who would go to farms and ranches hunting for violations and possibly profit off of those complaints, they said.

Holbert thanked McKean and his caucus for slowing down the Democrats' agenda, which forced Democrats to the table to negotiate.

"We cannot do our job without the interplay between the chambers," added McKean.

Senate Minority Whip Paul Lundeen of Monument said he saw an impulse by Democrats to reduce justice, what he later called "a war on victims" through some of their legislation, which he said could make people in Colorado less safe.

GOP lawmakers noted that effort hit a roadblock with the failure of Senate Bill 273, which would have barred law enforcement from arresting people on certain misdemeanor charges. But that bill is likely to come back, he added.

There were other bill defeats that Republicans saw as positive developments, such as House Bill 1295, which would have allowed school districts more say in whether they accept charter schools. Lundeen, a former member of the state board of education that opposed the bill, called it a bad bill for charter schools and an example of where Republicans agreed with Democrats that it did not make sense.

Assistant House Minority Leader Tim Geitner of Falcon pointed out that the committee hearing, first called off with an email to witnesses that the bill would be killed and then rescheduled, left a bad taste in people's mouths over the process.

The last-day fight over climate change, as contained in Senate Bill 200 and later amended into House Bill 1266, was one of the lowest moments of the session for Republicans. The House bill had already gone through the entire process in the House and Senate, but when it came back to the House for concurrence on amendments, the Senate had added a 25-page amendment that included much of Senate Bill 200 .

Because it was the last day, efforts to slow down the bill were no longer possible, other than through lengthy debate on the concurrence.

The Republicans are the watchdogs, McKean said.

McKean noted the later effective dates of many of the major bills, pushed back beyond the 2022 election, which he called a "gerrymandering of policy."

When the majority moves effective dates to get past the next election, "that's a trick and it should not be allowed," McKean said. Voters will be making decisions at the next election before they feel the pain caused by some of the bills passed in 2021. "That's not right."

Chief among the issues Republicans found fault with: the transportation bill, Senate Bill 260, which enjoyed broad support outside the Capitol but not within the Republican caucuses. The bill will levy fees on delivery services such as Amazon, DoorDash, Uber and Lyft, as well as increasing gas taxes.

Voters won't see those changes until long after they made decisions about who to send to the state Capitol for 2023, which was pointed out by leaders from both GOP caucuses. Not enough money for asphalt and roads and bridges and too much attention to climate change, they said. SB 260 did not solve the issue, and it made future discussions on how to fund transportation that much more difficult.

Lundeen called it an "affordability of life" problem. "The people of Colorado want to be able to get to and from work, they want to be able to live their life," he said. "When we start putting fees on everything that moves, when we start putting fees on anything that's delivered, it will get harder and harder for the working families of Colorado to afford life here. It's a beautiful state, but in fact, it has to be also affordable."

The GOP did have good words for work on the annual budget, for their GOP representatives on the Joint Budget Committee that crafted it, and for JBC Chair Sen. Dominick Moreno, a Commerce City Democrat. They also found a way to work with other Democrats in the Senate, including Sens. Rhonda Fields of Aurora, Joann Ginal of Fort Collins, Chris Hansen of Denver and Rachel Zenzinger of Arvada.

WATCH: COLORADO POLITICKING | The end of the session and what's to come

The 2021 session is finally over, and in this episode of Colorado Politicking legislative reporter Pat Poblete, chief legislative reporter Marianne Goodland and senior reporter Joey Bunch sum up the highs and lows from the session, and how they could affect the upcoming election year.

U.S. Rep. Diana DeGette scored a win for Colorado and by Colorado on Thursday when the House Energy and Commerce Committee approved her bill to reinstate the federal methane rule that was first rolled out in Colorado.