"We know that parents face difficulties at work due to the lack of child care," Polis said during an afternoon ceremony at Aurora Public Schools' Meadowood Child Development Center. "That's an issue that's only going to be made worse by this COVID-19 pandemic, and the data is clear that good child care and high-quality preschool can make a major difference in outcomes.

"The success for future job opportunities and higher earning are significant."

A plan to address the needs of the youngest Coloradans will be presented to the state Early Childhood Leadership Commission for approval on Nov. 15.

The new office is the product of House Bill 1304, signed into law by Polis in June to create the state government's 20th department.

The Department of Early Childhood will be tasked with:

The legislation this year that created the department is the product of last year's voter-approved Proposition EE, which taxed tobacco and vaping products to pay for early childhood support services.

The ballot question, however, did not call for the establishment of a new state agency to do the job.

Legislative budget analysts projected the department would cost just more than $1 million in the current fiscal year budget, including the equivalent of 6.7 new employees, then cost $672,274 in next year's budget with the equivalent of another 5.7 full-time jobs. 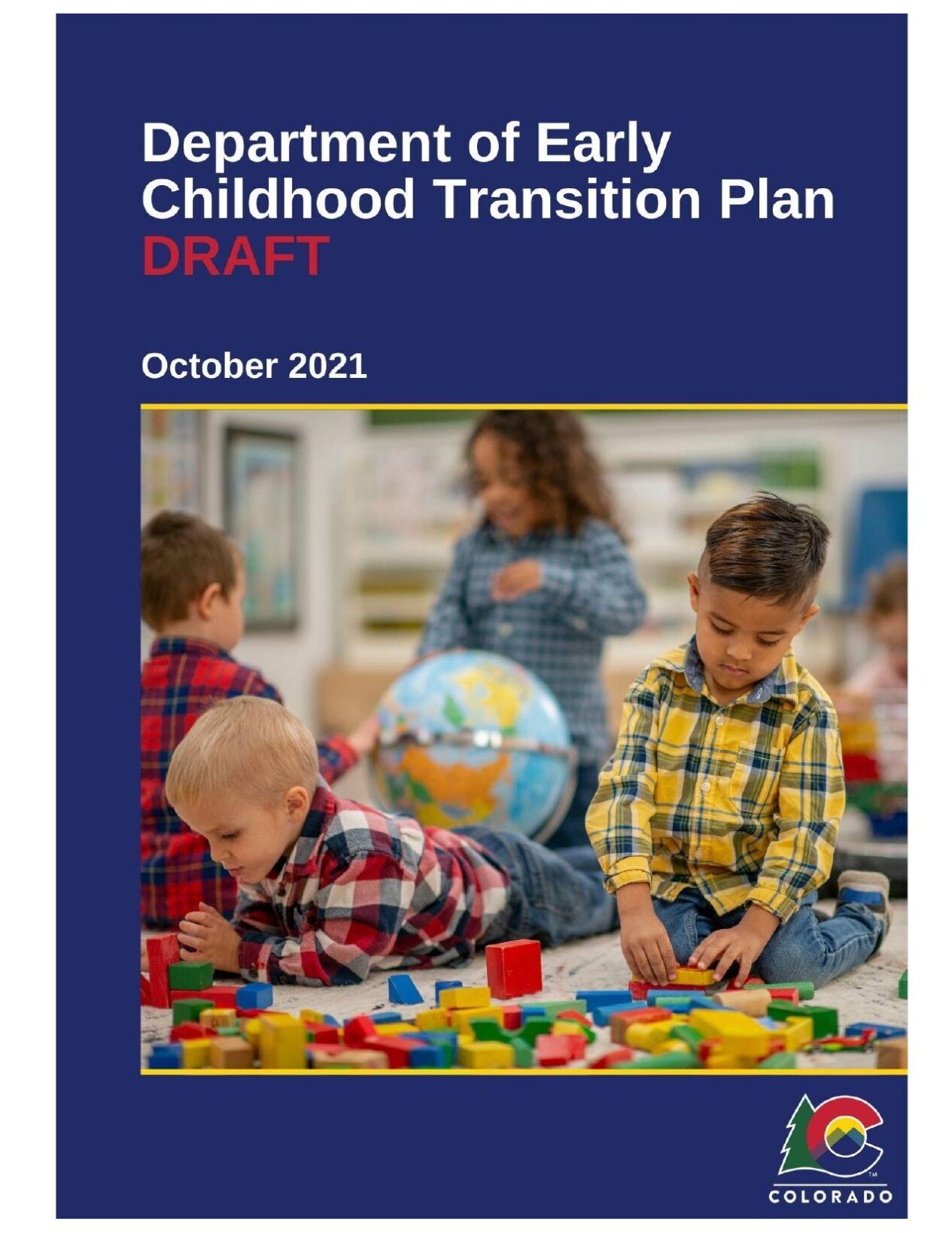 The new law also could impact workload for some local governments, analysts reported.

House Bill 1304 passed the Senate unanimously and picked up only two Republican no votes in the House.

"We know that early childhood is a critical period that shapes a child's experiences," Buckner said Wednesday afternoon, explaining that research shows children who receive benefits do better academically and socially.

With a stroke of his pen, Polis aces full-day kindergarten

Full-day kindergarten went from pipe dream to the law of Colorado on Tuesday as Gov. Jared Polis delivered on one of his main campaign promises at Stedman Elementary School in Denver.

The new department will make sure the issues for families and children are a state priority, Buckner said.

"The new Department of Early Childhood is going to have a champion at the Cabinet level, and that person is going to wake up every day thinking about how to make this system work better for kids and families."

Headed into Polis' reelection year, the announcement underscored a key promise he made when he ran for his first term in 2018, as he pledged to expand early childhood education.

In 2019, he rode herd over bipartisan legislation to fund free universal kindergarten, an unkept pledge made for years by Colorado politicians who couldn't coalesce the money and disparate interests to make it happen.

For many years, full-day kindergarten was a pipe dream for Republicans, led by former GOP Rep. Jim Wilson of Salida, a former coach, teacher, principal and school system superintendent.

Polis mentioned Wednesday that this year he signed legislation to invest $30 million in one-time money into 15 new or renovated child care facilities at state offices, community colleges and colleges across the state, "so the state leads by example."

"A single mom should be able to go on, finish her degree," he said. "We ought to remove the barriers from that, and childcare being one of those barriers that we can do more to overcome, providing onsite child care services across the state, supports a thriving workforce."

With a stroke of his pen, Polis aces full-day kindergarten

Gov. Jared Polis sent his wish list for the next state spending plan to the General Assembly's Joint Budget Committee Monday, with a request to put $1.3 billion toward the lingering effects of the pandemic.

A draft plan to set up the Department of Early Childhood, established through legislation in the 2021 session, is ready for public review.

School District 49 is bringing back snow days after the district replaced them during the pandemic with e-learning, according to the district'…