As expected, Gov. Jared Polis on Friday extended a previous executive order mandating that all Coloradans wear face coverings for another 30 days, until September 13.

Polis amended the executive order Friday to exempt from the order those conducting "life rites," in addition to religious services.

Despite the order, however, at least 16 of the state's 64 county sheriffs has said they will not enforce the order. Most have said the order is a civil matter, not a criminal one.

During an August 4 news conference, Polis said that given the improvements in the rate of infection, due to the new state policies, that Coloradans should be prepared to continue under those orders for the next several months, signaling that the mask and last-call orders are unlikely to end anytime soon. The state's "R naught," an indicator of the number of infections spread from one person to another, dropped from 1.8 to 1 after the mandate was issued. An R naught of 1.8 means one person infects 1.8 others, an indication the virus is still spreading. A rate of under one means one person would infect less than one other, which would cause a decline in the number of cases.

As of Thursday, 1,763 people have died in Colorado of COVID-19, with 52,219 total cases. Every county except for Kiowa, on Colorado's Eastern Plains, has had at least one case of the virus. There have been 536 outbreaks at a variety of food processing plants, corrections facilities and healthcare facilities. An outbreak is defined as at least two positive cases.

According to the website masks4all, every state in the nation has some form of mask order except for South Dakota, which this week hosted the annual Sturgis motorcycle rally, attended by an estimated 250,000 people. Colorado is among 34 states, the District of Columbia and Puerto Rico with a statewide mask order. 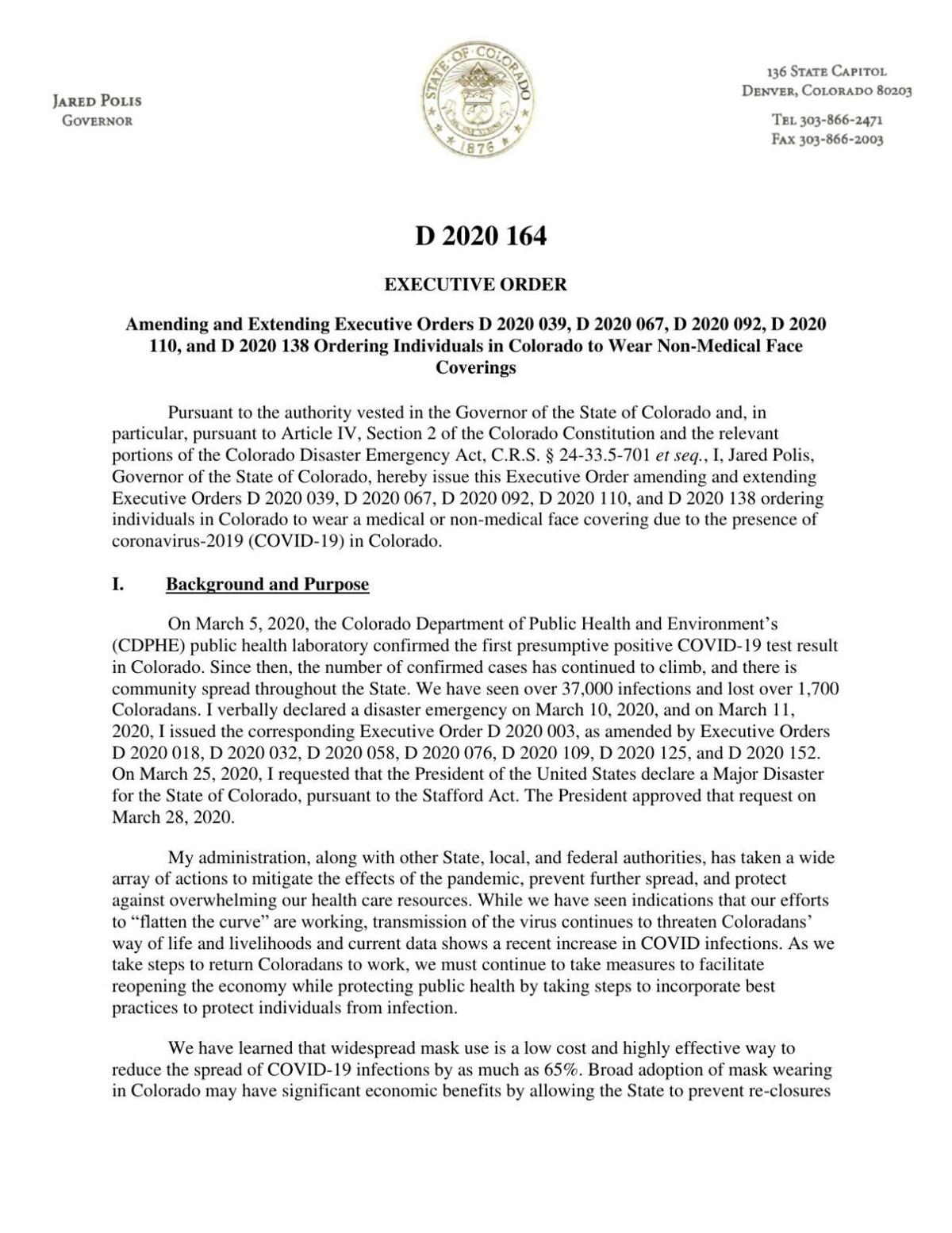