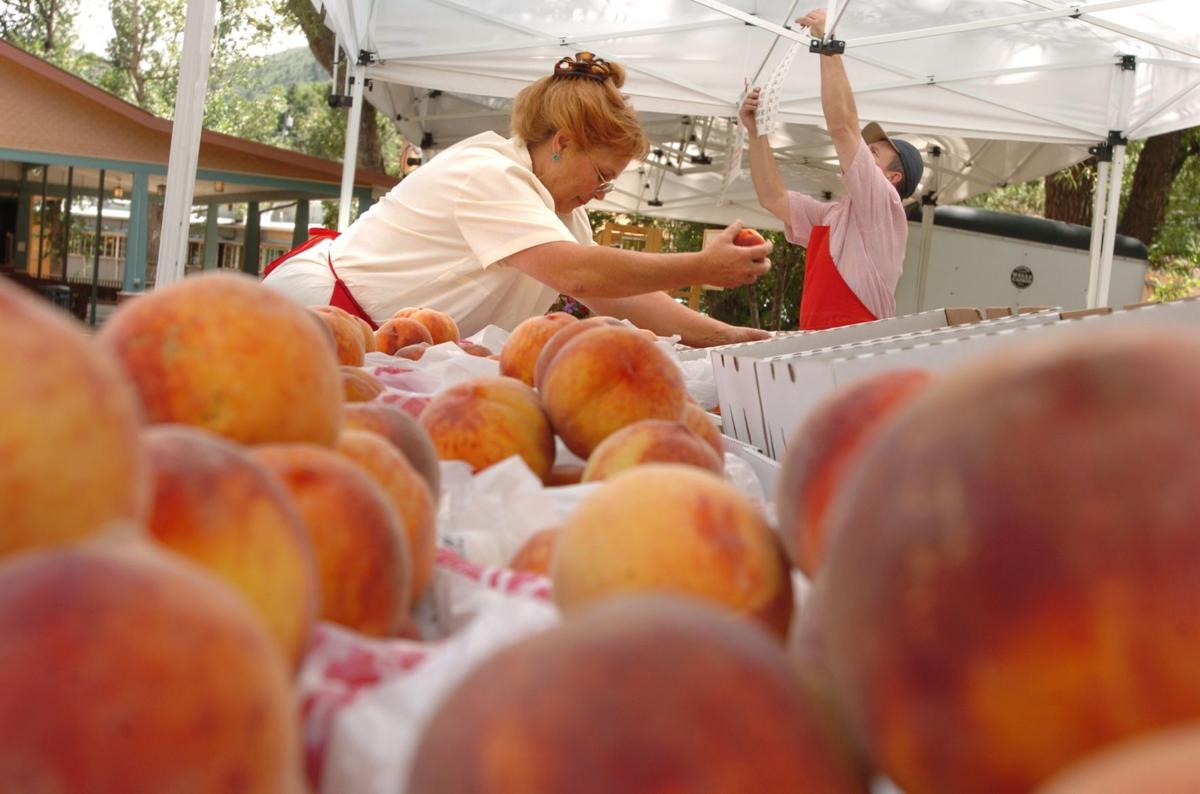 A farmers market on the Western Slope in 2018. 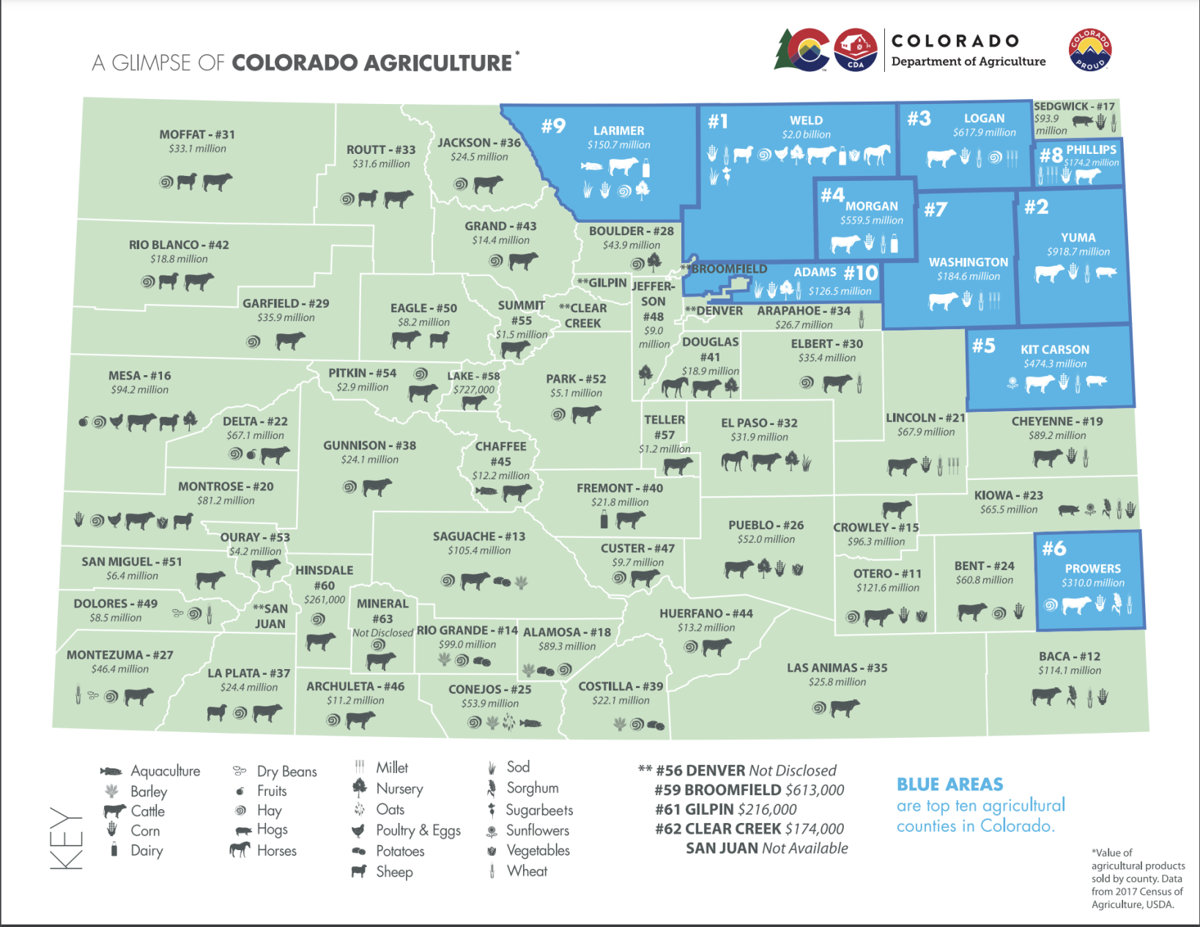 Where I grew up they wrote that in changeable plastic letters on portable signs along the road in front of curb markets and grocery stores, though restaurants were our main customers.

My grandfather and I would roll up in our green Ford 100 truck when I was a kid, proud to provide round, red, sweet tomatoes back when local people bought from local people.

I called him Pop, and he was a significant farmer and my grandfather, in that order. We never got rich, but we delivered a product you would be proud to put on white bread and slather with mayonnaise, the caviar of my people.

I tell you that to say I know the mix of sweat and luck it takes to build a brand and the reward of being proud. When you're building your brand and paying your mortgage a basket at a time, your tomatoes better be sweet.

INSIGHTS | What penance does Colorado pay for the sins of a globe?

INSIGHTS | Colorado conservatives can win in the middle on education

INSIGHTS | If government ran like a rodeo, there’d be a lot less bull

That’s why Senate Bill 203 signed into law on Monday is something to be proud of. The $2.5 million will back the marketing program Colorado Proud, started in 1999 to promote locally grown products and educate the public about shopping locally to grow the market.

The windfall is significant for a program that normally gets $1 million a year.

It’s a much-needed public investment in one of Colorado’s greatest assets: its family farms. The investment is one-time money, but it's a step in the right direction. This state has always counted on the land to provide.

The three pillars of the state's economy are agriculture, tourism and energy, and unless we close ground on the Chinese for renewable technologies, energy isn’t looking so hot long-term.

“Colorado’s agricultural products are not only known locally but known for their high quality and wonderful taste around the country,” said Rep. Donald Valdez, a farmer from the San Luis Valley and a candidate for Congress next year.

“With the Colorado Proud brand, our products will soon be known around the world. Today is a wonderful day for Colorado’s farmers and ranchers who continue to provide food on our tables and are the stewards of our land.”

He told the House agriculture committee that communities take pride in their locally grown products, and for those products to take on the community's name means it has to be special and unique. Think Palisade peaches, Olathe sweet corn, Rocky Ford melons, Eastern Plains beef, Pueblo chiles or Rocky Mountain oysters.

"Through educational programs, promotions and interactive events, Colorado Proud reinforces the notion that buying from Colorado food and ag businesses supports our economy, while showcasing Colorado's food and agriculture industry," said Tom Lipetzky, director of the markets division of the state ag department.

He said surveys say 90% of Coloradans would prefer local products, if they were clearly marked in the store.

Helping farmers prosper, to grow and adapt, is an investment in the planet, too.

Nobody loves the land more than a person who depends on its health for theirs. I’ve never met a dope-smoking embittered grad school student who loved the land more than the men who drank coffee at M.B. Bell Granary every Saturday morning, when I worked there in high school, apprenticing the craft of shooting the bull.

Dr. Bill Siegel chairman and CEO of the firm Longwoods International spelled out the dollars and sense in a paper titled, “What Happens When You Stop Marketing? The Rise and Fall of Colorado Tourism,” the firm’s last annual analysis for the industry:

“In 1993, Colorado became the only state to eliminate its tourism marketing function, when it cut its $12 million promotion budget to zero. As a result, Colorado’s domestic market share plunged 30% within two years, representing a loss of over $1.4 billion in tourism revenue annually. Over time, the revenue loss increased to well over $2 billion yearly. In the important summer resort segment, Colorado dropped from first place among states to 17th.

“It took until 2000 for the industry to convince the legislature to reinstate funding with a modest $5 million budget. Research tracked the effectiveness of the state’s tourism campaigns over the next few years, and demonstrated (a return on investment) of over 12:1.

“In 2006, Governor Bill Owens signed a bill upping the tourism promotion budget to $19 million. By 2007, travel to Colorado rebounded to an all-time high, with 28 million visitors spending $9.8 billion enjoying their trips to the state.”

Locally grown products need and deserve a big push, too.

To begin with, the money is mostly payback for the roughly $700 million in overall budget cuts last year, when lawmakers were worked up in vain over the potential for economic disaster from the pandemic.

Yet, more than 3,300 farmers, ranchers, food companies, retailers, restaurants, vendors and farmers markets say they are Colorado Proud. The Department of Agriculture urges Coloradans to look for the Colorado Proud logo wherever they shop or eat out.

I hope that pride extends to a potato harvester in the San Luis Valley the same way it did a tomato picker from Alabama nearly 50 years ago.

INSIGHTS | River towns tell the story of a mountain state

There is a school of thought that a river lives its full life at once, no beginning and no end. The headwaters, the channel, the city and the farm, a river is governed by no borders and has no clock.

Stimulus, stimulus everywhere and just a drop for the Water Plan | Joey Bunch

If you depend on water in this state — wait for it — then you should be a little disappointed in how economic relief was divvied up during the last legislative session.

INSIGHTS | Necessary tax talks only happen on the ballot in Colorado

Joey Bunch: "But when it comes to popular, dizzying and inexplicable, Colorado tax policy is the fiscal Macarena."