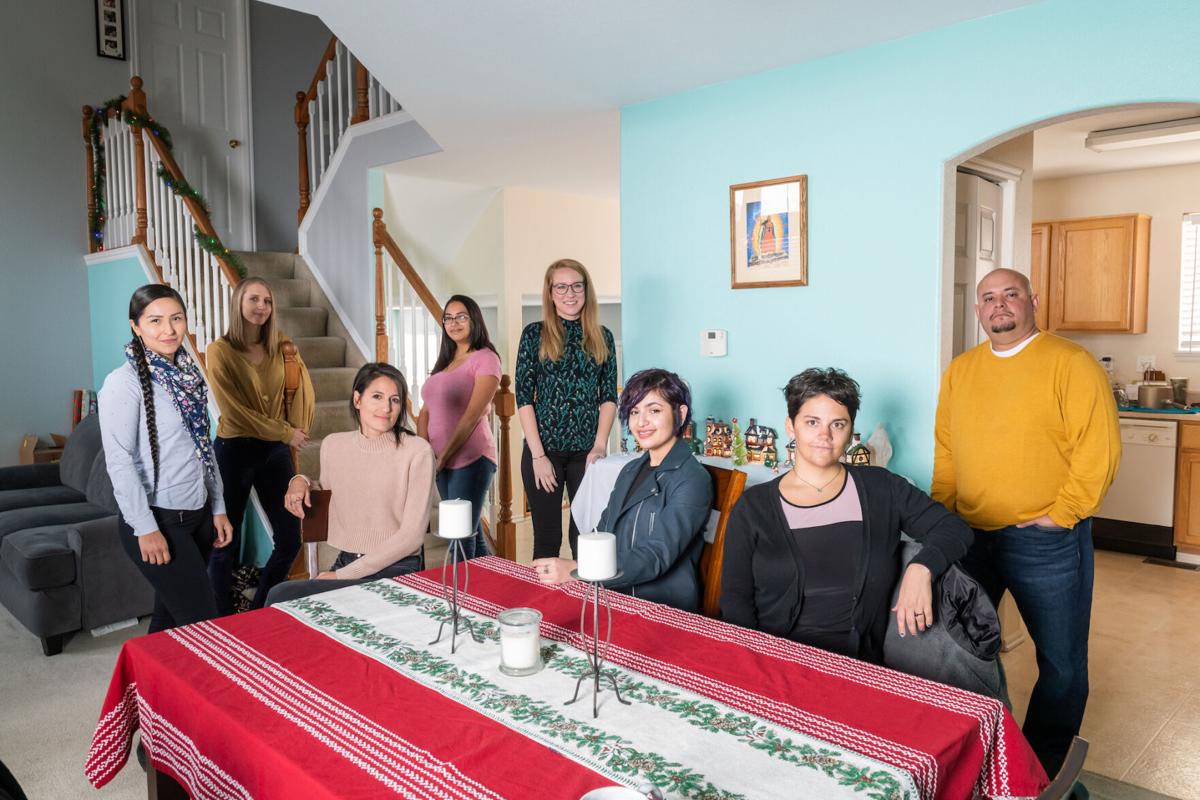 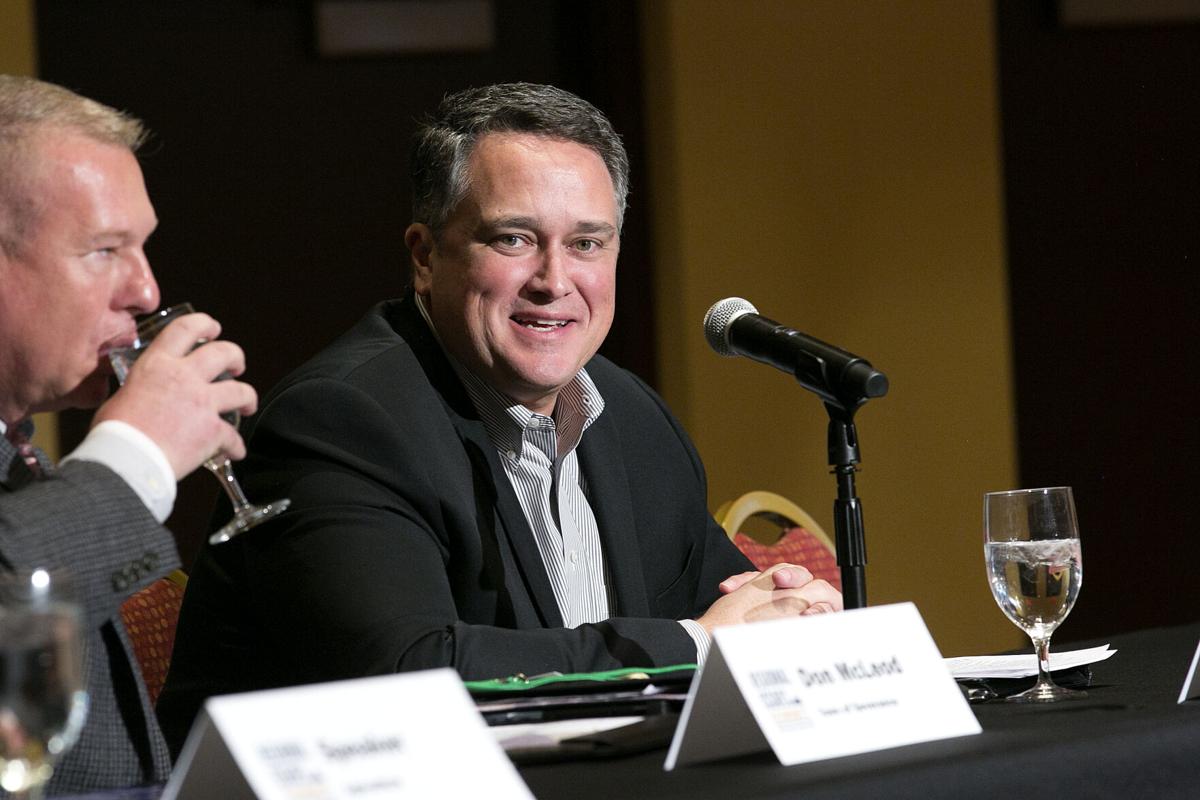 Dan Haley, president and CEO of the Colorado Oil and Gas Association, speaks at the Northern Colorado Legislative Alliance's Issues Summit in Loveland on Nov. 21, 2019. 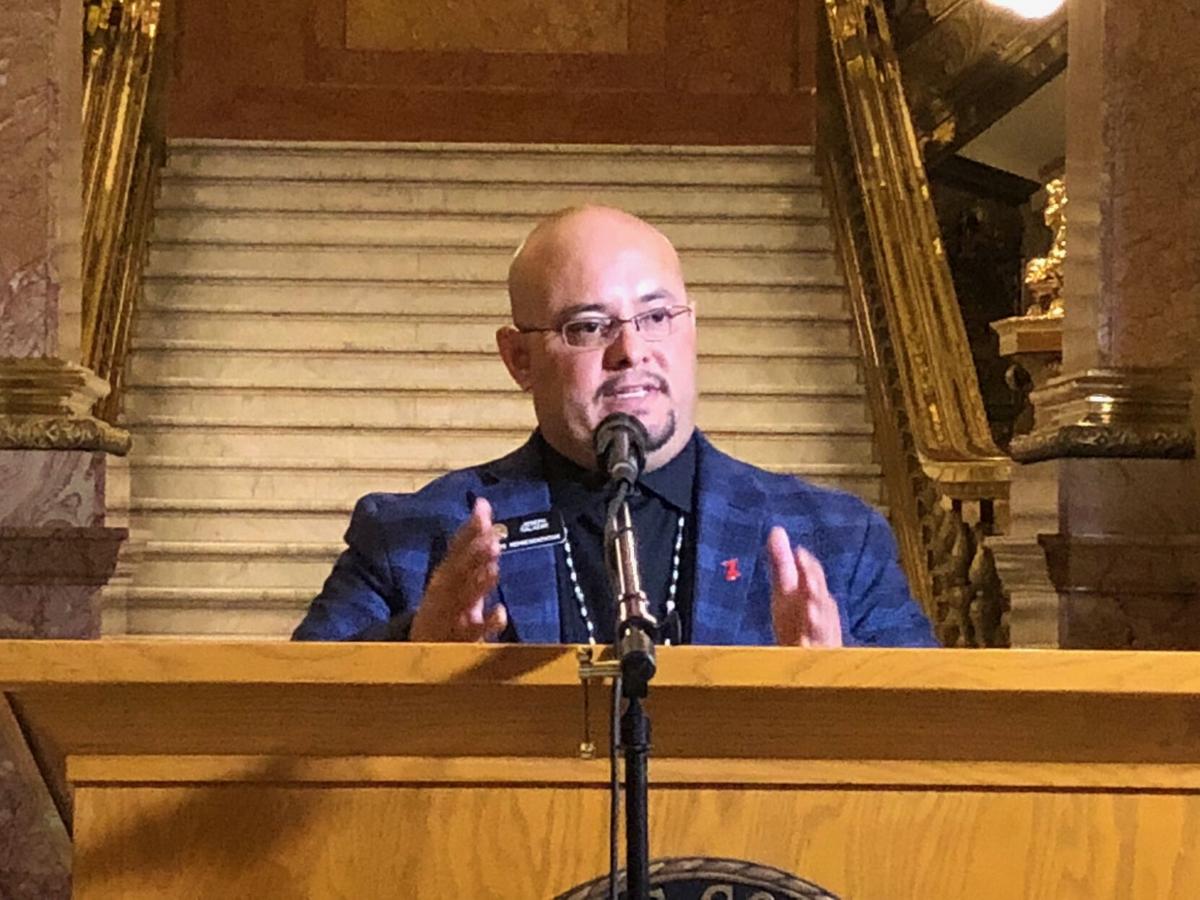 Then state-Rep. Joe Salazar speaks at a press conference on environmental regulation during the 2018 legislative session. Salazar now is the executive director of Colorado Rising, a law and advocacy organization fighting the oil and gas industry. 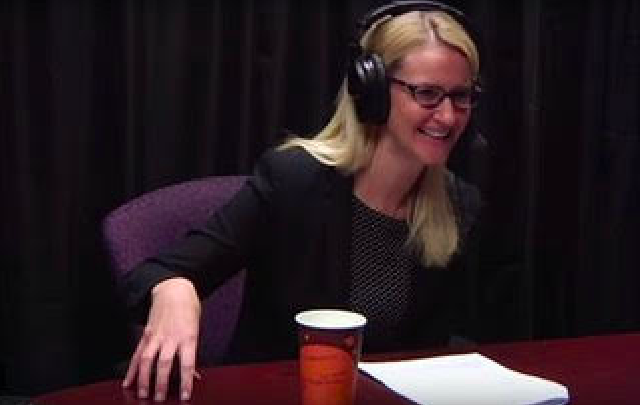 Dan Haley, president and CEO of the Colorado Oil and Gas Association, speaks at the Northern Colorado Legislative Alliance's Issues Summit in Loveland on Nov. 21, 2019.

Then state-Rep. Joe Salazar speaks at a press conference on environmental regulation during the 2018 legislative session. Salazar now is the executive director of Colorado Rising, a law and advocacy organization fighting the oil and gas industry.

The two sides rattling swords over Colorado oil and gas issues appeared ready to lay down their arms on ballot initiatives this year, but it wasn't meant to be. Now, however, it might not matter anyway.

The industry drove the discussion of a truce. One backer of the deal told Colorado Politics they hoped it would lead to longer-term negotiations to avoid settling differences with expensive political campaigns.

Factors outside the negotiations, however, contributed to the collapse of any reconciliation this year, said Joe Salazar. Salazar leads Colorado Rising, the powerhouse environmental group that has pushed public health and safety regulations against the oil and gas industry for years.

"We receive overtures from the industry all the time," he told Colorado Politics Friday morning. "This time is no different. Our foremost concern is not them. It's COVID, the governor's executive order and these lawsuits."

To get on the ballot this year, either side would need at least 124,632 signatures for each ballot initiative by Aug. 3, and that's a difficult ask in the current coronavirus culture, where people might be reluctant to accept a clipboard and a pen from a stranger.

Gov. Jared Polis is trying to make it easier, with a May 15 executive order to relax the petition-gathering rules so anyone who wanted to get on the ballot could collect signatures via emails, if they follow a series of new rules from the Secretary of State's Office.

Business groups from across the state have sued the governor, alleging he overstepped his constitutional authority by using emergency powers to bend the election rules that require in-person verification of who's signing up to get a question on the ballot.

Though Polis won in Denver district court, the decision is on appeal, as the days click off toward Aug. 3.

"I'm not certain Polis' executive order helped us out that much," said Salazar, a lawyer and former state representative who narrowly lost the Democratic primary for attorney general in 2018. "It's still going to cost a Hell of a lot of money to do, and right now it's being challenged in court. That challenge — let's be optimistic — is going to late June, and then it'll be appealed again to the Supreme Court, which means we're look at well into July."

A Denver District Court judge on Wednesday let stand an executive order issued by Gov. Jared Polis that allows petition gatherers to collect signatures for ballot initiatives by mail or email during the coronavirus pandemic.

"And even if it wins on appeal," he continued, "and the Secretary of State's new rules are applied, they're going to be challenged, too. I've already received word those will be challenged, so, in terms of time, we're weighing our options, but the time factor on COVID is really killing us."

Dan Haley, president and CEO, saw the breakdown of negotiations as a lost opportunity.

“It’s unfortunate that Colorado Rising walked away from negotiations," he said. "This could have been a victory for all of Colorado at a difficult and divisive time. It’s even more important in tough times like this, when families are hurting, to focus on moving Colorado forward instead of tearing each other down. Colorado’s oil and natural gas industry is vital to our state, and we will always defend it and working families across our state. Our members remain committed to Colorado and to responsibly producing our resources cleaner, better and safer than anywhere on the globe.”

Lynn Granger, executive director of the American Petroleum Institution Colorado, said her organization was disappointed something couldn't be worked out.

“The fact remains that everyone involved in the debate on Colorado’s energy future wants the very best for the people of our state, and we were hopeful that a costly election season battle could be avoided, as these disagreements pale in contrast to the grave concerns currently facing Coloradans," she said. "We remain hopeful that an agreement can still be reached.”

Environmental advocates are considering either 2,000- or 2,500-foot setbacks for oil-and-gas operations from homes, businesses and public buildings, as well as stricter financial assurance requirements on operators.

On the other side, proponents are seeking to reconstitute the state oil and gas commission, replacing political appointees with independent experts.

The proponents of four ballot initiatives to replace Colorado’s oil and gas regulatory body have withdrawn their request for the state Supreme Court to overturn the Title Board’s decision that denied a ballot title to the measures.

The lead petitioners for the side supporting the independent commission were led by Grand Junction Chamber of Commerce president and CEO Diane Schwenke and Dave Davia, executive vice president and CEO of the Colorado Association of Mechanical and Plumbing Contractors.

The caveats of initiatives 311-313 include giving veto power to the new board of experts over other regulatory boards over air quality, water quality, solid waste and the state health department when it came to flow lines, worker training, air quality monitoring, abandoned wells and setbacks.

At one point they were considering as many as seven ballot questions, Davia said.

"Oil and gas has been on the menu the last five or six years, more so with this administration," he said of those hired and appointed by Gov. Jared Polis, who took office last year on a promise to move the state toward 100% renewable energy.

Last year, Democratic lawmakers passed a package of bills to help the process along, while curbing climate change and regulating the industry with public health and safety as a primary goal, rather than support for the industry.

Oil and gas, however, is a vital source of jobs and local tax revenue for at least a dozen Colorado counties, as well as schools, water projects and other needs.

The industry has been hard hit by a plunge in oil prices and the national shutdown for the pandemic, all the while environmental groups locally and nationally are pushing for more regulations.

Davia said the board would be made up of four Democrats, four Republicans and four independent members who are not employed by activists or the industry. The board would be picked by retired judges for their expertise, not their political connections.

"Right now whoever holds the governor's chair picks who sits on that commission," he said. "Sure, it has to go through the Senate for them to be confirmed, but that's how that process works. If you have an overly activist community on either side then you're going to have unfriendly folks to the operators. If you have overly active drillers and operators, then you might have people who aren't good stewards for the environment."

"Environmentalists and the oil and natural gas industry had discussions that would have stopped anti-oil and natural gas measures this election cycle," the coalition told Colorado Politics. "An agreement would have allowed Colorado to focus on the state’s economic recovery during record unemployment levels, while thousands of Coloradans are struggling to make ends meet. Unfortunately, at the 11th hour, Colorado Rising changed its mind and backed out.

"Protect Colorado will work to defeat any attempts to ban oil and gas in Colorado now or in the future. We will stand up for our employees, families, and all Coloradans who rely on clean and affordable natural gas. We have broad support as most Coloradans use natural gas as the primary energy source for their homes. Coloradans want consumer choice, not government mandates."

Denver District Court Judge Robert L. McGahey Jr. sided with the governor in a ruling late Wednesday afternoon, but an appeal is on its way, said advocates for the suit.

Polis signs orders to allow petition-gathering by mail and email, after all

Title Board rejects 4 oil and gas measures, upholds 10 others

During its final meeting of the 2019-2020 election cycle, the Title Board reversed its prior decision and revoked the ballot titles of four proposed initiatives to alter the regulation of oil and gas development.

Producers are concerned about the regulatory burdens that are growing in Colorado, the seventh-best producing state in the country.

The Colorado Supreme Court will step in to hear a lawsuit challenging Gov. Jared Polis' authority to decide how petitions are gathered to qualify for the November ballot.

Oil and gas interests plan to go to the ballot, even if the other side doesn't

Opponents might be sitting out this November's election, but supporters of the oil and gas industry won't, its advocacy organization told Colorado Politics Thursday.

Opponents might be sitting out this November's election, but supporters of the oil and gas industry won't, its advocacy organization told Colorado Politics Thursday.

Two more potential ballot questions on oil and gas dropped off the list of possibilities for the November ballot Tuesday afternoon, when the proponents of initiatives 311 and 312 said they would sit it out this year.

CORRECTION: An earlier version of this editorial contained a typographical error that was interpreted as racially insensitive. The Gazette int…