The institute rolled out a 50-state analysis and policy plan to encourage more Americans to vote the way Coloradans do.

The report is the first deep-dive into the policy practicalities of vote-at-home, vote-by-mail and absentee options, looking at 30 issues related to the process with recommendations for each state, said Amber McReynolds, the chief executive of the nonpartisan national nonprofit.

In her former role as former Denver elections director, McReynolds was one of the state and local Colorado officials who groomed the state's mail-ballot system, after then-Gov. John Hickenlooper signed it into law in 2013.

Colorado, however, had more more expansive rules on voting before that and enjoys a reputation for the most secure elections in the country. 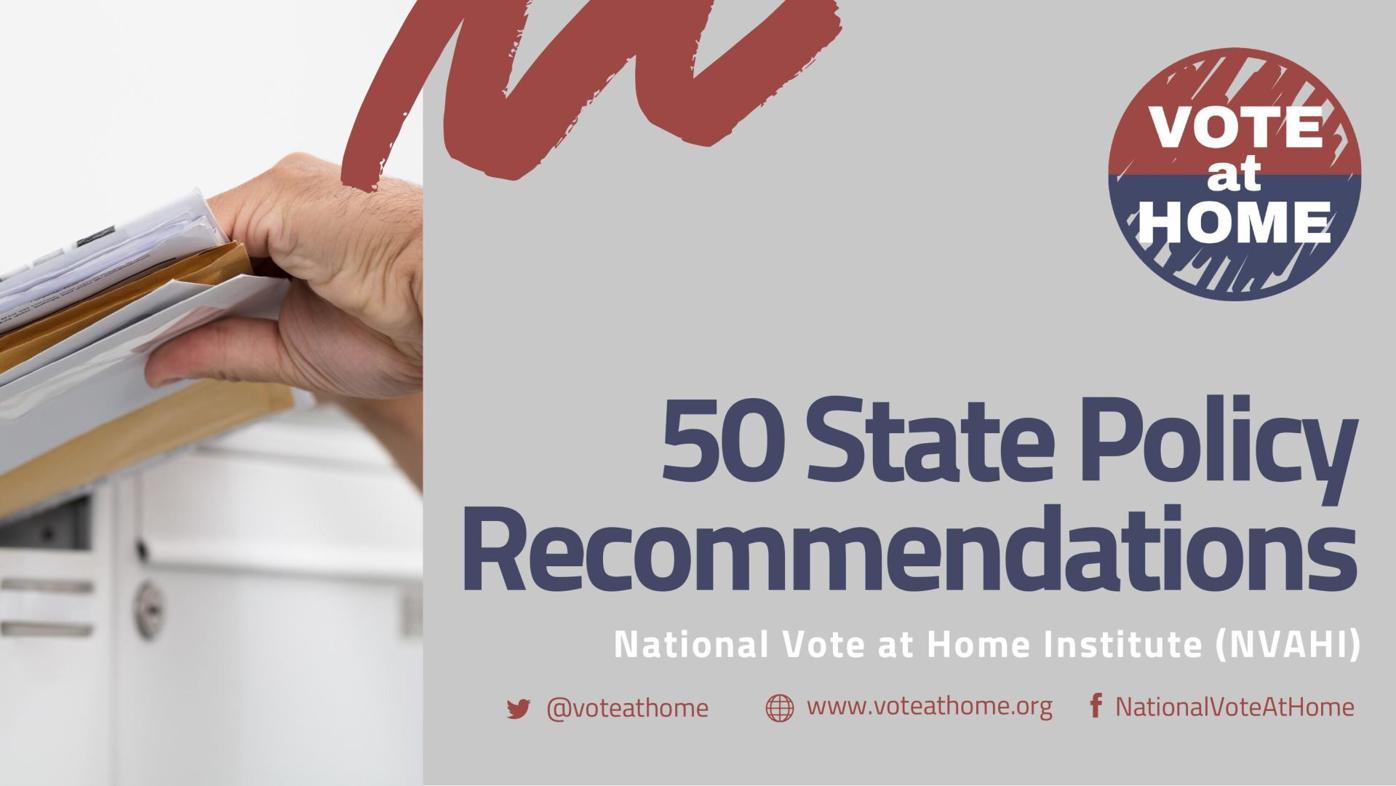 "Our ultimate goal is to make sure every single American can vote in a safe, secure, accessible manner, not only this year, but every election thereafter," she said Thursday. "Our immediate goal is make sure voters have options in this unprecedented crisis we're all facing across the country, and election officials are having to adjust some of the systems that, frankly, don't have the resiliency that other states have."

Colorado mails ballots out to every voter and allows in-person and drop-off options, while still ensuring and secure, accessible system that makes it easier for voters with a better experience than standing in line (sometimes for hours) to vote on machines.

"Some of these things don't require legal changes," McReynolds said of the report's recommendations on improving elections.

She said that's important, given the needs in this year's elections.

Audrey Kline, the institute's national policy director, who also is based in Denver, talked about the "shifting landscape" in elections with lawsuits, legislation and executive decisions across the country.

The recommendations acknowledge that the use of mail ballots is increasing rapidly, and "we assume that will continue the rest of the year," she said. "We're trying to help states manage that situation, because doing nothing is always going to be better than doing nothing."

At roughly same time, McReynolds and Kline were holding court with reporters on a national press call, U.S. Rep. Jason Crow of Aurora was on a call related to the same subject with the Center for American Progress, a left-leaning organization.

He was joined on the panel about safe voting by fellow Rep. Tammy Duckworth of Illinois and Sen. Jon Tester of Montana, fellow Democrats.

"Half of our nation's veterans are over 65 years old and certainly within a very vulnerable population," Crow said. "They should not be having to be in the position of risking their health and their life to exercise the franchise they fought for. More broadly, they fought for all Americans to exercise that right, not just veterans, and it’s a sacred right. We have to make sure that we’re increasing access to it, doing it in a safe, legal, and reliable way. We can definitely do that.

"One of things I love about this issue is the fact that Colorado is the model for this. I don’t have to make it up, I don’t have to guess what the impact would be, we’ve been doing it for a long time in Colorado and it works magnificently well... After we passed universal vote-by-mail in 2013, we saw an automatic increase of 20% participation in [unlikely voters] voting in the state in the very next election."

Democrats and Republicans are at odds over mail-ballot voting, as President Trump and conservative advocacy organizations remain opposed.

“Putting the election in the hands of the United States Postal Service would be a catastrophe,” J. Christian Adams, president of teh conservative Public Interest Legal Foundation, wrote late last month.

Meanwhile, deeply red states such as Alabama and Kentucky are exploring looser restrictions on absentee voting as a way to get through the coronavirus pandemic this year.

“Republicans should fight very hard when it comes to state wide mail-in voting. Democrats are clamoring for it,” Trump tweeted in early April. "Tremendous potential for voter fraud, and for whatever reason, doesn’t work out well for Republicans."

A Politico/Morning Consult poll conducted last weekend indicated almost three-in-five voters nationwide either strongly or somewhat support a federal law that would mandate that states provide mail-in ballots to all voters during the coronavirus pandemic. Only a quarter were somewhat or strongly opposed.