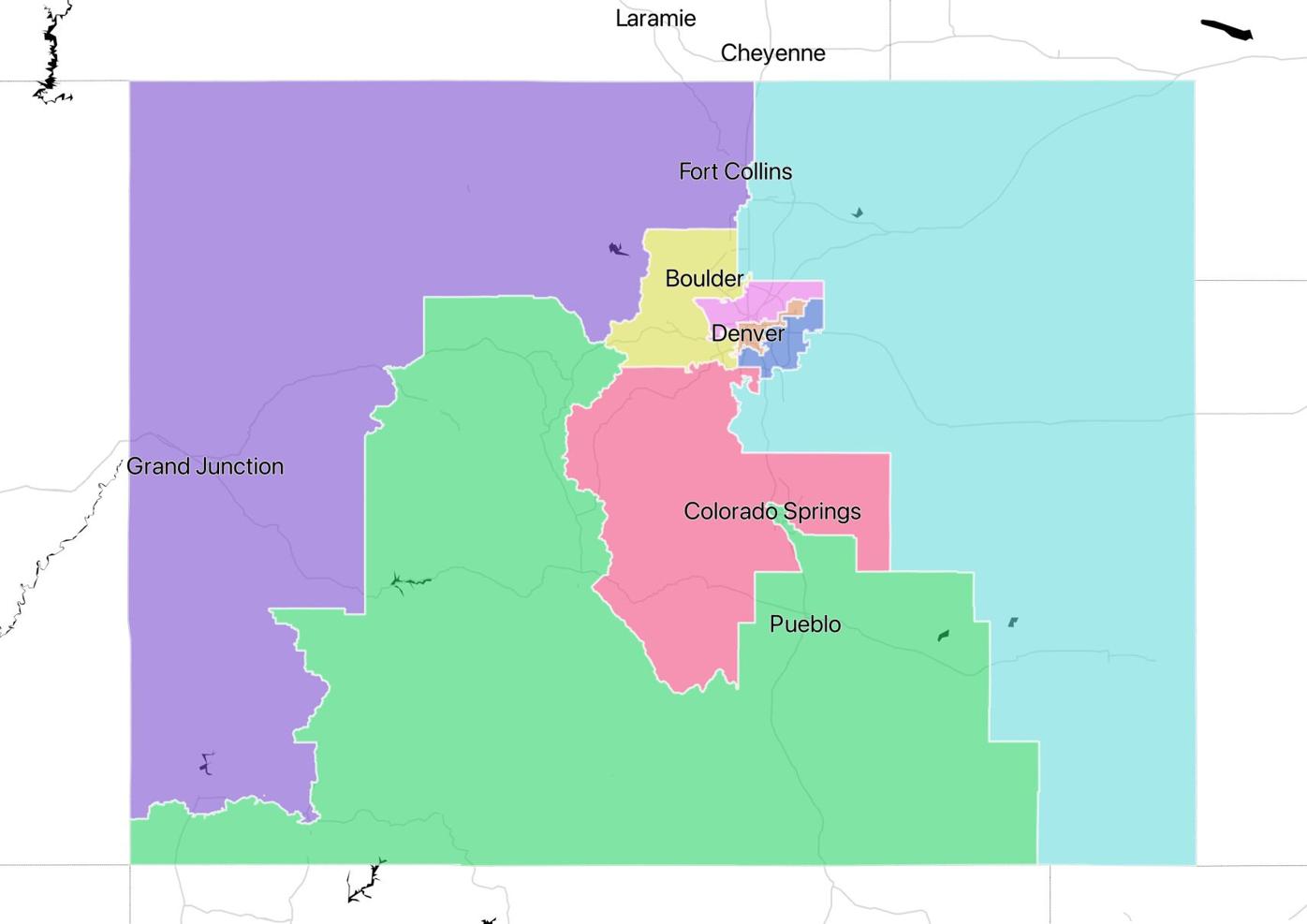 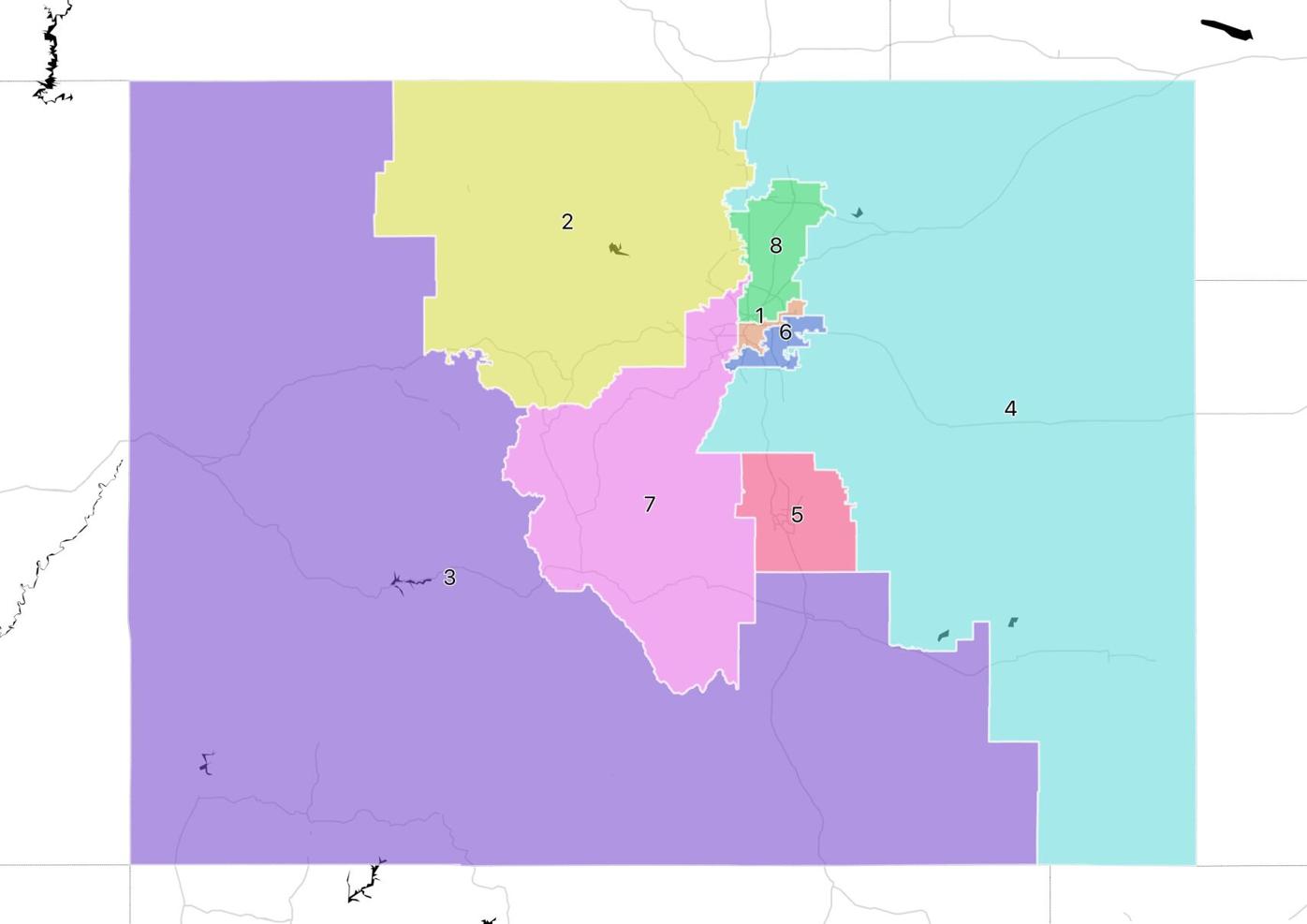 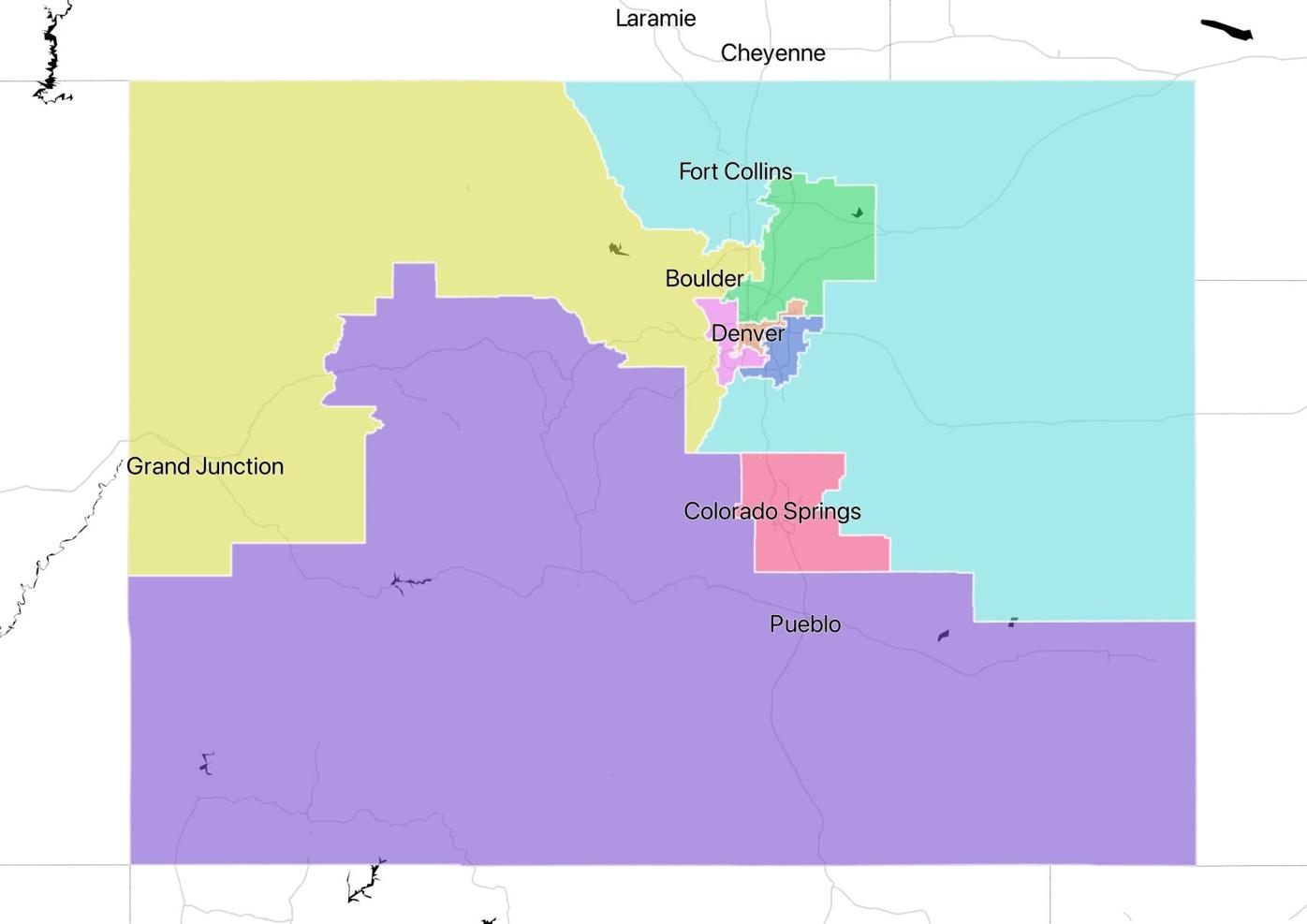 The new redistricting process, which follows from ballot measures that amended the state constitution to create the independent commission system now being used, passed with overwhelming voter support in 2018, and requires the Colorado Supreme Court to review the adopted map and decide whether the new constitutional requirements have been met. If they decide the requirements have been met, then the map will be adopted for use over the next decade.

The new system also allows anyone to argue to the court that the maps don’t meet the constitutional requirements, and needs to be changed. If the court finds the map deficient, it can send the map back to the commission for changes.

Less than a full day passed between the commission’s adoption of their final map when two Hispanic advocacy organizations announced plans to challenge the map. Both the Colorado Latino Leadership Advocacy and Research Organization (CLLARO) and the League of United Latin American Citizens (LULAC) said they believe the maps run afoul of requirements not to dilute minority voting power.

At the heart of the matter, they’ve said, is whether the maps were drawn with enough analysis of precinct-level demographics and voting behaviors to identify where minority voters could either be empowered or diluted, and then whether groups identified by the analysis were not diluted.

The Supreme Court is prohibited from approving a map if, “it has been drawn for the purpose of or results in the denial or abridgment of the right of any citizen to vote on account of that person’s race or membership in a language minority group, including diluting the impact of that racial or language minority group’s electoral influence.”

CLLARO and LULAC have both said the commission’s adopted plan will result in the dilution of Hispanic electoral influence, because of specific district drawing choices made by the commission.

Both groups offered maps they believe avoid Hispanic voter dilution, including one proposal that would split Colorado Springs into two congressional districts.

Representatives from both organizations said it would be important to see what the commission submits to the court in their formal filing due Friday, Oct. 1.

The commission’s filing addresses the voter dilution question with a single sentence.

The submission includes no evidence to supporting the assertion.

In contrast, the submission includes a supporting memorandum to explain how the commission’s map achieves the competitiveness requirement of the constitution, a requirement that falls below minority voting protection in the hierarchy of redistricting criteria.

Jerome DeHerrera, the outside attorney hired by the commission to handle much of the commission’s legal work, said the map’s minority voter protections will be explained later.

“As explained in our recent filing with the Supreme Court, we will be submitting a brief next week and we refer you to that document as a full explanation of our legal position,” he wrote in an email.

“We had some sessions early on, that gave some outline and priority, basically, in our orientation,” Hare said. “Part of that is the responsibility of the staff to make sure they are doing their analysis in the maps they bring forward to make sure they are in compliance with VRA (federal Voting Rights Act of 1965) in general.”

In the days leading up to the adoption of a final map, Hare said she expects legal challenges to the map.

“We know for a fact there will be people who contest whatever map goes forward,” she said, “because there hasn’t been a process where that hasn’t happened.”

According to attorneys working with the Hispanic and Latino advocacy organizations, Colorado’s constitutional language, combined with decades of caselaw on redistricting issues means that the new independent commissions were required to go beyond what is required only by the federal Voting Rights Act.

A “racially polarized voting analysis” sometimes also called a “racial bloc voting analysis,” is prescribed by a 1986 ruling issued by the U.S. Supreme Court in one of the primary court cases that guides minority protection practices during redistricting, Thornburg v Gingles. The analysis identifies when a racial or language minority group is “politically cohesive,” and when a majority also “votes sufficiently as a bloc” in a way that would usually defeat the minority group’s preferred candidate.

A 1994 case, Johnson v. De Grandy, established that the “Gingles standard” can be used to determine voter dilution, even when the minority group couldn’t add up to more than half of a potential district.

The congressional commission did not hire an expert to produce a racially polarized voting analysis, like the legislative redistricting commission did.

The recommendations submitted by LULAC to the commission over the past few months did include some racially polarized voting analysis, using a method called a homogenous precinct, which suggest racially polarized voting exists in rural Colorado’s southern half, where the new 3rd Congressional District is proposed. But the comments submitted to the commission from LULAC and CLLARO both stress that the design of the district leads to a group of rural Hispanic Coloradans, who have been identified as a community of interest, but who, the commission’s own data shows, would have been defeated by a white majority in all of the previous elections the commission is using as benchmarks, by an average of 10 percentage points. They estimate that the same dynamic would remain in the commission’s proposed district, meaning the dilution of the Hispanic community’s voice.

The two groups suggested different ways to adjust the map to prevent Hispanic voter dilution. LULAC’s suggested map would divide Colorado Springs, drawing the heavily Hispanic southeastern corner of the city into the southern district, instead of including western and northwestern parts of the state.

The commissioners decided in the days leading up to the adoption of their final map that they didn’t want to adopt a map that splits Colorado Springs.

CLLARO’s suggested map would not divide Colorado Springs, and instead would include Colorado’s central mountain counties, like Summit, Eagle, Teller, Park, Fremont, Custer and Chaffee Counties, and extend all the way to the Oklahoma border, instead of extending to the northwest part of the state.

The groups also take issue with how the adopted 8th Congressional District is drawn, saying it risks voter dilution, but they offered different approaches to how they say it should be redrawn.

The state Supreme Court set a deadline of Friday, Oct. 8 for any briefs to be submitted. The commission’s report filed Oct. 1 stated that they would file a brief by the Oct. 8 deadline.

Oral arguments will be heard the following Tuesday, Oct. 12. Because this is the first time for the new system, attorneys said they’re unclear on how the hearing will go.

The legislative redistricting commission, which is redrawing the state’s legislative districts, is about two weeks behind the congressional commission, and plans to have their final staff draft map ready Tuesday of this week, ahead of possible adoption of a final map as early as the end of the week, and as late as Tuesday, Oct. 12.

The Colorado Supreme Court has approved the eight-district congressional map crafted by the state’s inaugural independent congressional redistricting commission, setting up the new map to be used for the next 10 years.

INSIGHTS | America has endured pain, politics way worse than this

Our nation has been divided by politics, economics and public health repeatedly, and it seems a tall order to become one nation under God (or your higher being) again, but we always have and, I believe, always will. We're American. It's what we do.