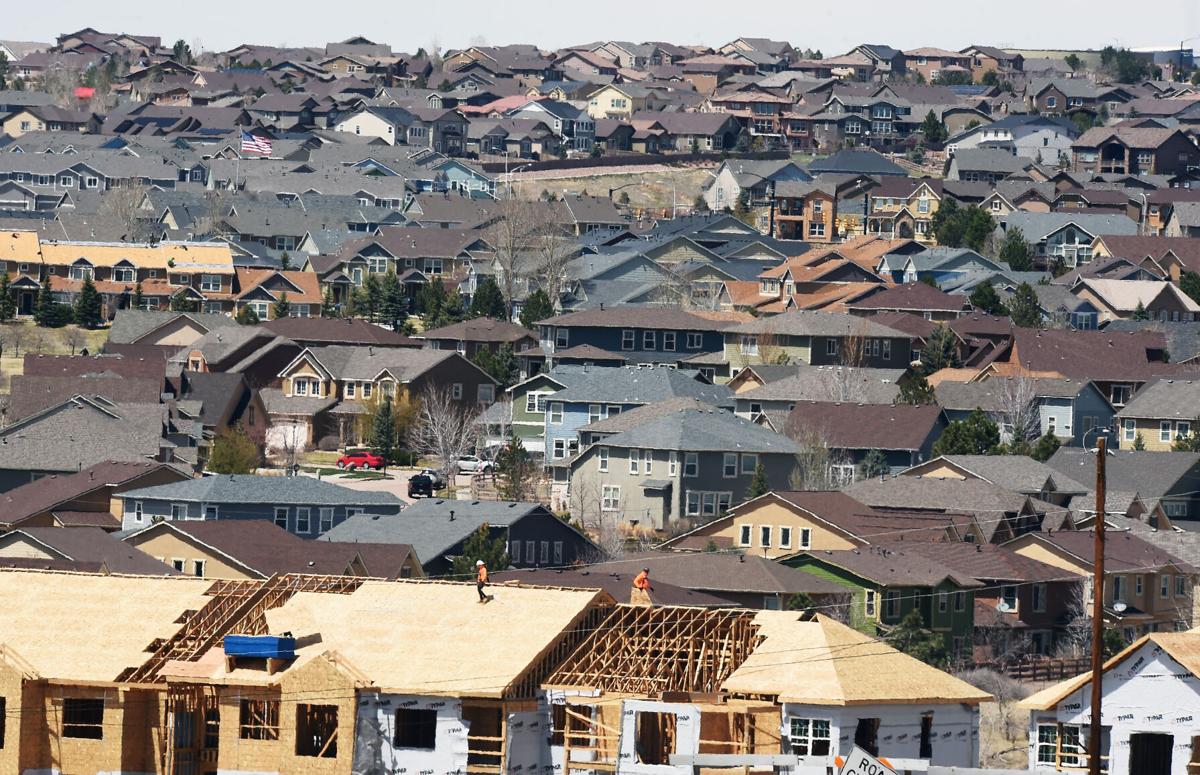 Jerilee Bennett, The Gazette New homes going up on the north side of Colorado Springs, emblematic of the rapid growth that has led to Colorado being awarded an eighth seat in the U.S. House of Representatives in 2022. 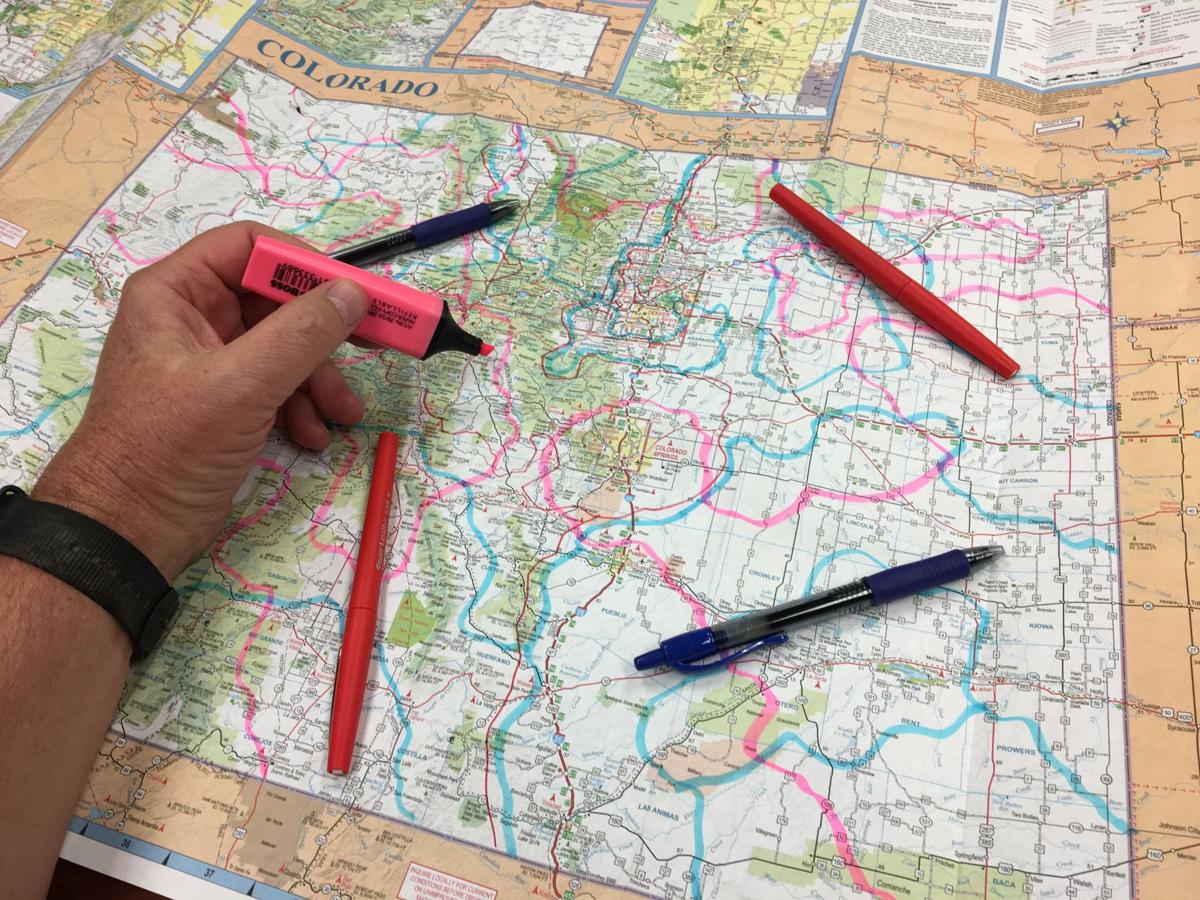 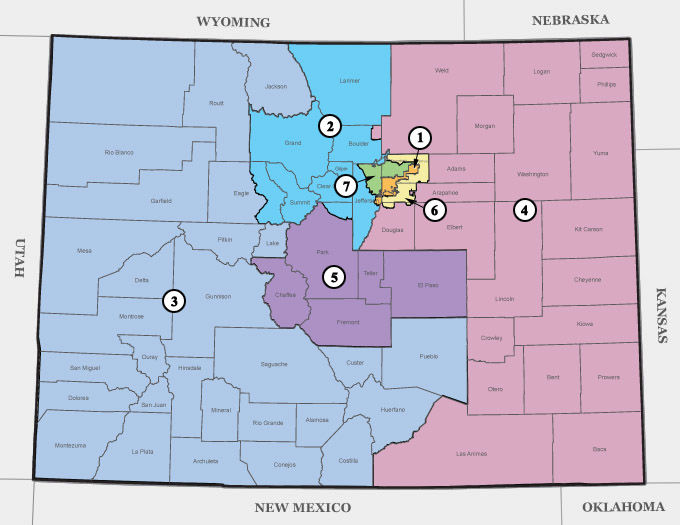 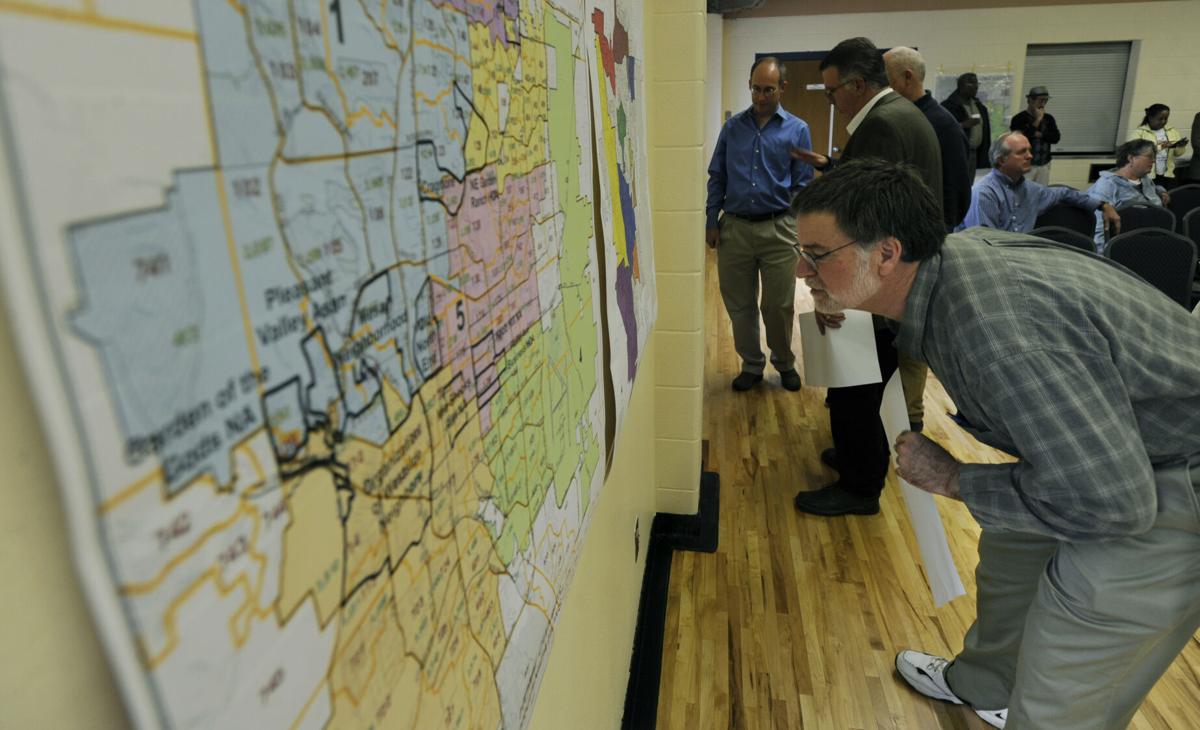 A voter in Colorado Springs looks at his district boundaries before voting in 2018.

Jerilee Bennett, The Gazette New homes going up on the north side of Colorado Springs, emblematic of the rapid growth that has led to Colorado being awarded an eighth seat in the U.S. House of Representatives in 2022.

Colorado will send an eighth congressperson to the U.S. House of Representatives for the next decade, the U.S. Census Bureau announced Monday, as a result of the state's population boom over the past ten years.

The announcement comes as the census bureau continues to finalize the agency's decennial census data, where every U.S. household is counted, so political representation among the 50 states can be apportioned equally for the next decade.

Colorado will gain a seat in congress, while other states that either did not grow faster than the U.S. as a whole, or lost population will lose seats. California, Illinois, Michigan, New York, Ohio, Pennsylvania and West Virginia will all lose one congressional seats. Florida, Oregon, Montana and North Carolina will also get one new seat. Texas is the only state getting two new seats in congress.

Monday's official tally puts Colorado's apportionment population at 5,782,171, up 15% in the past ten years, outpacing growth in all but five other states.

The reapportionment announcement came months later than normal this year, because of the global COVID-19 pandemic that paused the census bureau's work in 2020. The decennial census data is also usually available now, but will not be finished until August or September of this year, causing delays in the high-stakes process of redrawing the state's congressional map with a new district.

This year, for the first time, Colorado's redistricting process will be carried out by bi-partisan panels of non-politicians, selected from the public, after Colorado voters in 2018 overwhelmingly approved the "independent redistricting commission" model for redistricting.

The shift to independent commissions is a growing trend among a minority of states that have chosen to take the district drawing process away from politicians whose fortunes depend on the mapping process, and instead have citizens draw the maps in open hearings, based on several criteria and with input from the public. In most states legislators draw the maps without the same kind of transparency or public inclusion. Proponents of the independent commission model for redistricting argue it leads to maps that better serve constituents rather than the interests of politicians.

The delay in census data has caused problems for the new commissions, because the new voter-approved process calls for numerous hearings where the public can view drafts of maps and offer recommendations. It also requires the commissions to finish their work by November, and both aren't possible.

The delayed Census Bureau data has tangled the state's new redistricting process. The commissioners have pondered using Census estimates, but that would mean changes when official data is released. The new political maps are due soon, ahead of 2022 elections.

State lawmakers have drafted a bill that attempts to allow the use of 2019 census survey data for the first round of public maps. The bill has gotten initial committee approval, but might also require the state supreme court to weigh in, because the commission process was written into the state constitution. The commissions haven't formally chosen how to handle the delay.

Meanwhile, groups are beginning to make their interests known on how the new congressional lines should be drawn. Earlier this month, three rural counties' associations unveiled a map they would prefer, which would provide two expansive rural districts, leaving the remaining six districts to be drawn within the state's dense front-range corridor, extending from Colorado Springs north to the Wyoming border.

As the process goes on, other interest groups will submit mapping ideas and suggestions for the  new district. The commission will have to weigh the ideas against the required criteria: compactness, contiguousness, population equality, preserving existing political boundaries, respecting communities of interest and competitiveness, as well as complying with the federal Voting Rights Act.

The congressional redistricting commission abruptly and unanimously stripped the chairman of his role after his inflammatory Facebook posts were reported by The Gazette and others.

The news was roundly heralded by the political class.

“Today Colorado officially learned that we’ll be adding an 8th Congressional District for the 2022 election, which means another voice representing our Colorado values in Washington D.C.,” said Governor Jared Polis. “Over the last 10 years, we have seen incredible growth and transformation in our state, and we’re thrilled that Colorado will have more representation in our nation’s capital."

The chairs of the state's two major parties cheered the announcement, with the Democrats' Morgan Carroll calling it "good news all around for Colorado" and the Republicans' Kristi Burton Brown pronouncing it "great news for Colorado and great news for Republicans."
Said Carroll: "Our state has grown so much over the past decade, with Colorado becoming one of the most-watched states in the union, and we have continuously punched above our weight at the national level. A new congressional district means more representation for the people of Colorado, and that is welcome news.”
Burton Brown used the occasion to articulate a series of the GOP's familiar partisan talking points.
"Come 2022, Coloradans will send another strong, conservative leader to D.C. to fight for our state," she said. "Colorado Democrats are solely focused on an extreme agenda that prioritizes raising taxes, packing the Supreme Court, and destroying our healthcare system — meanwhile, Colorado Republicans are presenting an agenda that aims to lower taxes, protect our environment, and support our students and parents."

Colorado last added a congressional district after the 2000 census. Covering most of the western and northwestern suburbs around metro Denver, the new 7th Congressional District was drawn to be competitive — and wound up with the closest congressional race in the country in 2002, the first election to fill the seat.

After a recount and court battle over provisional ballots, Republican Bob Beauprez, a former chairman of the state GOP, prevailed over then-state Sen. Mike Feeley, a Lakewood Democrat, by just 121 votes. Beauprez won a second term more easily in 2004, but gave up the seat for an unsuccessful run for governor in 2006. Democrat Ed Perlmutter then won the seat and earned an eighth term last fall.

A panel of lawmakers gave unanimous approval to a bill that aims to fix the state redistricting commissions’ census data delay problems, by deeming survey data appropriate to use for the preliminary maps, instead of waiting for the U.S. Census Bureau’s official decennial census data.

Colorado grew from five to six congressional seats ahead of the 1982 election. Republican Jack Swigert, an on the troubled Apollo 13 mission, won the new Republican-leaning 6th CD, which covered Denver's western and southern suburbs. But Swigert died on Dec. 27, 2002, just days before he would be sworn in, following a brief battle with bone cancer.

A decade in politics can be a lifetime.

Dan Schaefer, a Republican state senator from Lakewood, was elected in a March special election to fill Swigert's term in a special election and was re-elected seven times until his retirement after the 1998 election.

Texas and Florida to get new House seats, boosting GOP 2022 chances for majority

Texas is getting two new House seats and Florida one, helping Republican chances of winning a majority in 2022 and scrambling the Electoral Co…