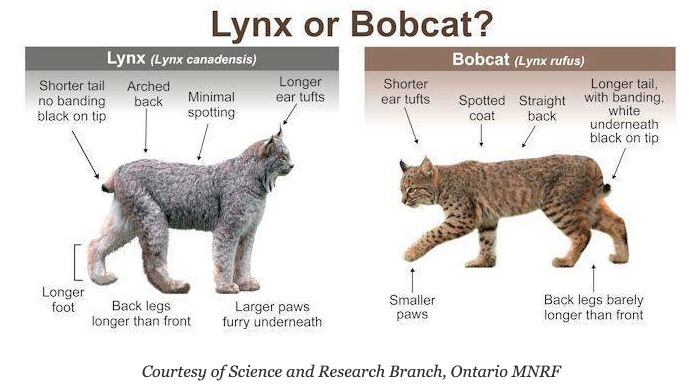 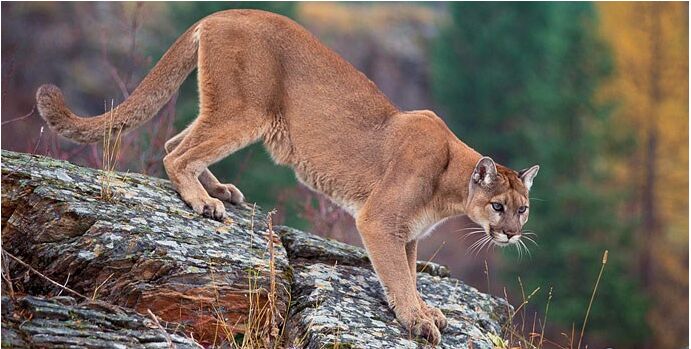 A bill to eliminate recreational trapping and hunting of mountain lions, bobcats and lynx in Colorado went down to defeat Thursday after encountering plenty of opposition from a coalition of 20 hunting, angling and wildlife conservation groups and their members. The bill would ban hunting for sport, but allow hunting to protect people or for scientific purposes.

Thursday's hearing was almost as much a strong show of support for the state Division of Parks and Wildlife and its wildlife management plan as it was about the bill itself.

Canadian lynx, which is included in the bill, is not legally hunted in Colorado and at least 13 other Western States. The species, classified as a threatened species by the federal government, was just reintroduced in 2011 in Colorado.

Senate Bill 31 lost three of its four prime sponsors in between its introduction on Jan. 12 and its hearing in the Senate Agriculture & Natural Resources Committee today. That the bill got assigned to a committee, chaired by a West Slope Democrat who showed up at a press conference held by the coalition opposed to the measure, foretold the bill's fate. The committee's chair is rancher and President Pro tem Kerry Donovan, D-Vail.

The only question became just how long the hearing would go for a bill already destined to fail. The opposition crowd filled not only the Old Supreme Court Chamber but three overflow rooms on the 2nd and 3rd floors.

SB 31 was sponsored by Sen. Sonya Jaquez Lewis, D-Longmont, and initially co-sponsored by Sen. Joann Ginal, D-Fort Collins, and, in the House, by Reps. Judy Amabile, D-Boulder and Monica Duran, D-Wheat Ridge. By the end of last week, Jaquez Lewis was left standing alone in support of the bill, the brainchild of the Humane Society of the United States. Jaquez Lewis said during Thursday's hearing she had never heard so much comment about a bill in her legislative career.

Jaquez Lewis, in presenting the legislation, noted that hunters killed 383 mountain lions in 2011, and by 2020, it had grown to 515. Bobcat kills are "out of control," she said, with 343 killed in 2000 and almost 2,000 killed in 2019. She also cited polling data that claims a majority of Coloradans oppose trophy hunting of mountain lions and bobcats.

HSUS has tried for five years to petition similar changes to SB 31 with the board of the Colorado Parks and Wildlife Commission. That board, with appointees from the Hickenlooper and later, Polis administrations, has thrice voted unanimously to reject the petitions, according to John Howard, the commission's former chair.

Howard said he believed the unanimous votes against the petitions reflected the lack of scientific data on the benefits of the HSUS proposal. Howard told Colorado Politics the board asked HSUS to present the science that supported its position, and the group never did.

State Rep. Perry Will, R-New Castle, a former wildlife officer with the state, noted that when he started in that role, the limit on mountain lions was two. Will said at that time, you couldn't find mountain lion tracks. When he retired to run for the legislature, the limit had grown to 10, and tracks were everywhere during the winter hunting season. This kind of "ballot box biology" has no business in Colorado, and the legislature has no business managing wildlife, Will said.

Luke Wiedel of the Rocky Mountain Elk Foundation pointed out to the committee that out of 960 species managed by Colorado Parks and Wildlife, about 80 are hunted. Hunting and fishing licenses provide 75% of the agency's annual revenue, and about $2 billion in revenue annually. In addition, SB 31 calls into question the agency's management plan for wildlife, Wiedel said.

Let the experts at the agency do the science-based work, said Dan Gates of Coloradans for Responsible Wildlife Management. In response to a Donovan question, Gates said 60% of the $130 million raised by hunting and fishing fees come from out-of-state visitors.

Patricia Dorsey of the Colorado Wild Turkey Federation told the committee that the bill is not about bobcats, mountain lions or lynx populations. It's also not about habitat loss or real threats that face wildlife, she said.

"It's about a group of people that don't like what hunters do," she said.

Dorsey also said the bill will exacerbate the urban-rural divide in Colorado at a time the state is trying to be more diverse, inclusive, and equitable. She added SB 31 disregards key tenants of what she called the most successful wildlife conservation system in the world.

The kudos to Colorado Parks and Wildlife continued from Liz Rose, the Colorado field representative for the Theodore Roosevelt Conservation Partnership.

"I trust Colorado Parks and Wildlife to manage our fish and wildlife populations," Rose said, adding she values the agency's expert staff and biologists and their experience with science-based wildlife management. That includes setting sustainable hunting limits year after year that protect abundant wildlife in Colorado, Rose said.

In favor of SB 31, Dr. Christina Capaldo, a veterinarian from San Miguel County, said there is no science-based reason to hunt mountain lions or bobcats in Colorado. She testified that those animal populations "self-regulate and it is biologically impossible for these species to overpopulate due to their requirements for large habitats."

Capaldo also said the hunting and trapping methods are "cruel and unethical," including the use of dogs used in hounding packs. She claimed those dogs tear apart whatever animal they come upon, including deer and mountain lions.

One of the methods used to trap and capture mountain lions and bobcats, Capaldo said, is a cage, where the animals are trapped and left for hours without food, water or veterinary care if injured.

Jose Rose, a conservation advocate for the Mountain Lion Foundation, said for too long mountain lions and other wildcats have been killed, despite "considerable scientific evidence that hunting is not necessary to regulate their populations," that hunting exacerbates conflicts with humans and that hunting hinders the species' ability to perform their essential roles in natural ecosystems.

Rose said research demonstrates that wildcats "provide food sources for countless species and prevent overgrazing and degradation of sensitive water" bodies. He also mentioned a "recent paper" that mountain lions have the "most diverse set of biotic relationships documented for any carnivore in the world ... these cats are crucial to the overall health and persistence of all Colorado wildlife."

Rose also spoke in support of Colorado Parks and Wildlife, saying its staff expertise have been invaluable for understanding wildcat populations, respond to human to wildcat conflicts, and educate the public about co-existence between humans and wildcats. All this would continue under the bill, he said.

"What hunters are really saying is that managers should focus on providing hunting opportunities," when in fact hunting is only one of many considerations that wildlife managers must balance, he said.

Non-lethal management techniques have proven to be effective at preventing conflicts between wildcats and humans, pets and livestock, and they help maintain balance within ecosystems and control small mammals, and support the health and diversity of riparian plant communities in streams, Hamburger added.

"We really do have an issue with what's happening with big cats in Colorado," Jaquez Lewis said at the hearing's conclusion.

Sen. Jerry Sonnenberg, R-Sterling, questioned why Colorado Parks and Wildlife did not testify on the bill; Donovan said she had asked but never got a response from the department.

Jaquez Lewis, however, said she told the agency not to testify on the bill because the department had not done a study on the wildcat populations. Sonnenberg pointed to a 2020 CPW Western Slope mountain lion management plan, and was frustrated that the agency did not attend the hearing. Jaquez Lewis said supporters did not use that information because it only applied to one part of the state, and apologized for not pushing harder to get data from the wildlife agency.

"It's frustrating that we're ignoring the biologists who spend their entire lives with species, restoring and managing species, and who do that in CPW," Sonnenberg replied.

"I'm going to be a 'no' on this bill, which shouldn't come as a surprise," Donovan said. "Too easily, we can cast both sides in these largely-animal welfare conversations as 'you're a bleeding heart or 'you're a killer.' I don't think the dialogue on this bill can be simplified to these two sides."

She said she'd gotten a thousand emails on the bill, leaning more against than for the bill, and pointed out that few of them were "form" emails and that people sat down to carefully write their positions.

Donovan added that agriculture is currently feeling pressure to stay afloat, "not thrive, not make a lot of money or send your kids to college, and we're not making a lot of decisions in this Capitol that are making it easier to support ag. You're seeing a response to this bill on what it means to be piled on."

After more than three hours and dozens of witnesses on both sides, including a cousin of Jaquez Lewis who testified against her bill, the committee voted, 4-1, to postpone it indefinitely.

Jaquez Lewis, the committee vice-chair, was the only "yes" vote.

El Paso County is boosting spending this year on federal lobbying focused on keeping U.S. Space Command from moving to Huntsville, Ala. in 2026.