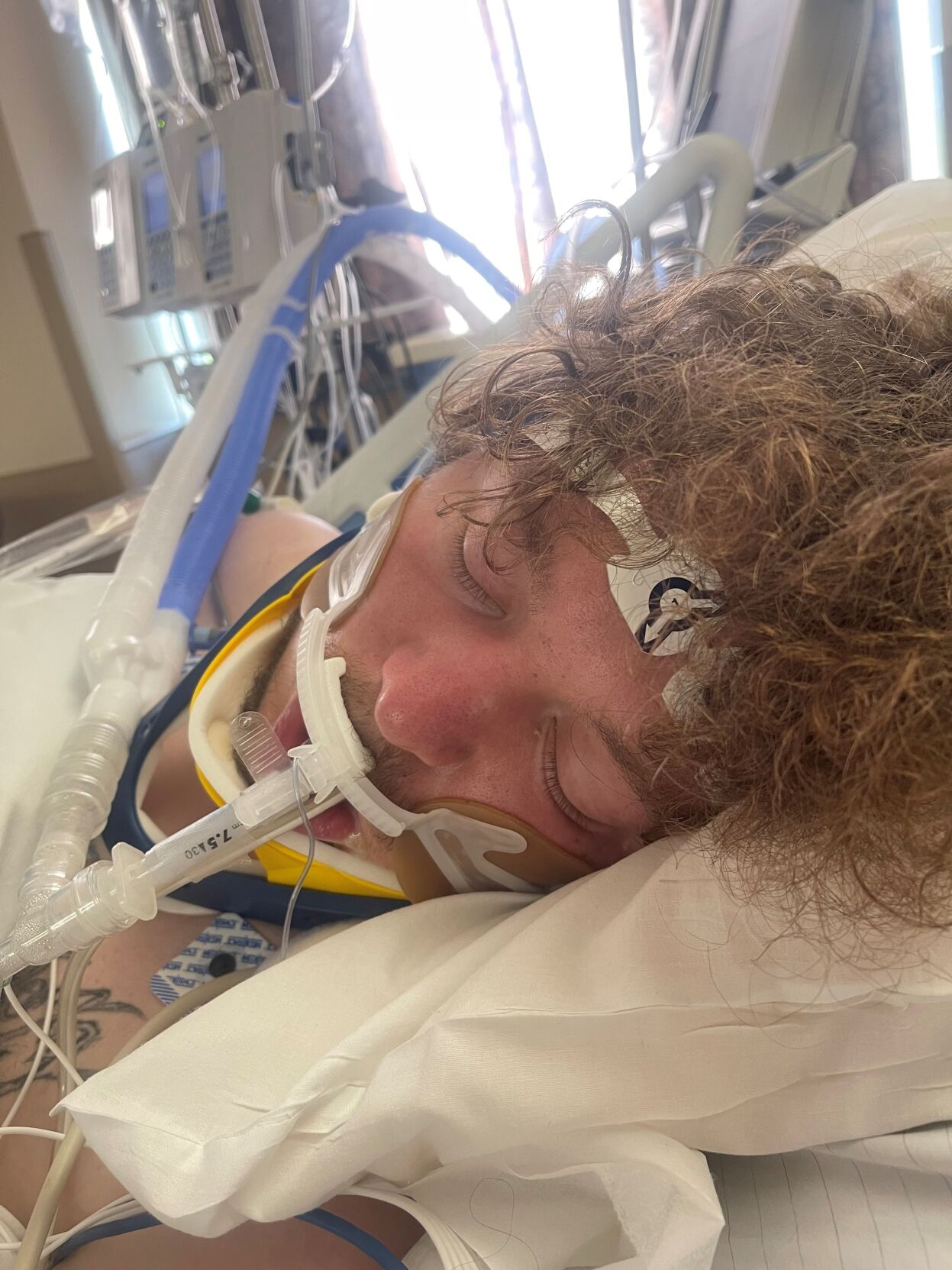 Chase Falk in the intensive care unit at a Denver hospital after he attempted suicide at the Colorado Mental Health Institute in Pueblo in July. 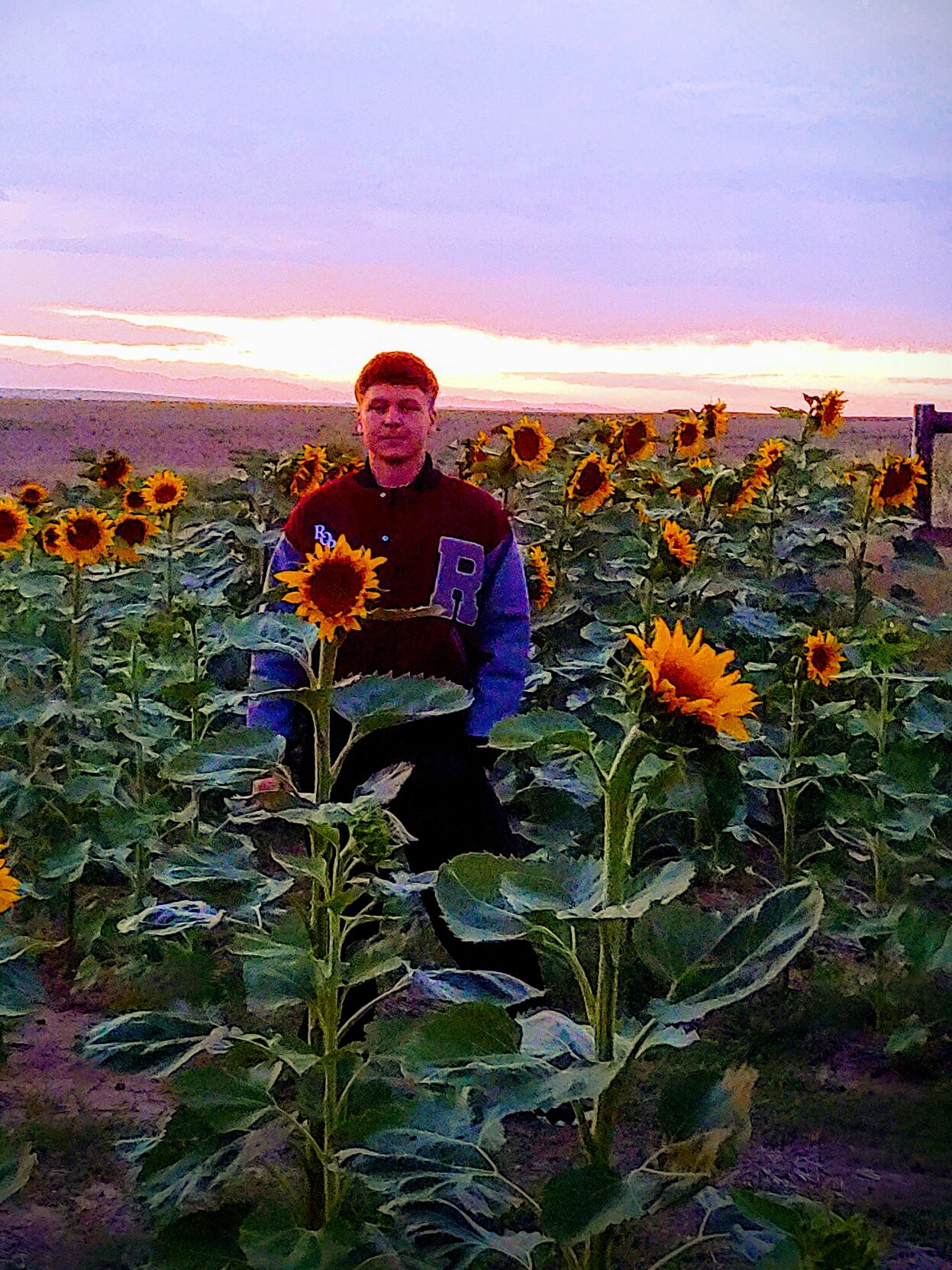 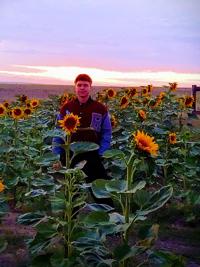 Chase Falk lettered in football in high school but became addicted to meth and attempted suicide in July while inside the Colorado Mental Health Institute in Pueblo. That prompted mandatory improvements to prevent suicide attempts at the state-run psychiatric hospital.

Officials at Colorado’s primary mental hospital failed to protect a 20-year-old patient who suffered loss of brain function when he attempted to kill himself at the facility nearly three months ago, allowing violations in protocols meant to prevent such tragedies, state regulators determined.

Among the host of problems, state regulators found that a clinical care associate at the Colorado Mental Health Institute at Pueblo violated requirements for safety checks of patients and their rooms the day of the suicide attempt.

Employees told The Gazette a contract health care worker was fired over the incident, although the state denied requests for termination information.

Another patient found Kersey resident Chase Falk hanging in his room at 2:03 p.m. on July 27 and alerted hospital staff, who rushed in to untie sheets Falk had fashioned as a noose, the regulators found. No heart rate could be discovered. Falk was transported to a Denver-area hospital, where he was in a coma, said his father, Carl Falk.

"They worked on him for 17 minutes before they got a pulse," an emotional Falk told The Gazette. "He never regained consciousness, and they froze him for three days in ICU. They had to work hard to get him back, and I'm super thankful."

The survey conducted by the Colorado Department of Public Health and Environment in the wake of the suicide attempt found peril for other patients and wide-ranging problems so severe that federal regulators in September threatened to kick the Pueblo hospital out of the Medicare program by Dec. 14.

Risks discovered included telephones used by unsupervised patients that posed a suicide risk due to 14-inch cords, and, more generally, the lack of a “hospital-wide, data-driven quality assessment and performance improvement program.”

Terminating the Pueblo hospital from Medicare reimbursements would cripple the hospital’s ability to bill for its psychiatric services. The loss of Medicare would also come at a time when Colorado is already struggling to adhere to a two-year old federal consent decree that found the state violated due process in the evaluation and treatment of mentally ill criminal defendants struggling with psychosis.

Not complying with the terms of the consent decree has cost the state at least $17 million in federal fines since March 2019. A major stumbling block to adhering to the consent decree is the backlog of nearly 350 people jammed in county jails around Colorado waiting for admission to the state’s Pueblo facility, where court-ordered mental competency evaluations or restoration services for criminal defendants take place.

Whether Colorado can avoid having the Pueblo hospital kicked out of the Medicare program remains an open question.

In response to the survey, the Joint Budget Committee, a legislative group that crafts the state budget, in late September allocated $4.1 million in suicide mitigation funds for the Pueblo hospital to bring the facility into compliance with federal standards. The money will pay for new surveillance cameras, address suicide risks in patient’s rooms and pay for other upgrades.

Officials with the federal Centers for Medicare and Medicaid Services in a September letter to Colorado officials said the Pueblo hospital still would have to pass another unannounced survey inspection by the state health department to stave off termination from the Medicare program.

Madlynn Ruble, a spokeswoman for the state’s Department of Human Services, said that an unannounced survey has not yet taken place, though she said, “all immediate jeopardies have been removed.”

“We have requested and received funding to make environmental modifications for suicide mitigation,” Ruble said. “We expect surveyors to return to verify their implementation and clear all findings.”

The previous survey that took place after Falk’s suicide attempt began in July and concluded in August. Officials with the state health department declined to release their agency’s survey findings, as did the Colorado Department of Human Services, which operates the Pueblo psychiatric hospital.

In declining to release the report, the two state agencies said the suicide attempt was still being investigated, even though state law allows public release of state agency investigative records during an ongoing investigation if doing so “is in the interest of public health, welfare or safety.”

The Gazette obtained a copy of the survey’s findings from authorities with the federal Centers for Medicare and Medicaid Services, who disagreed with the determination from the state agencies that the findings weren’t a public record.

The document makes clear that state health officials found issues that put other patients beside Falk in peril.

In addition to failing to adequately check on Falk the day of the suicide attempt, staff at the Colorado Mental Health Institute at Pueblo also allowed him to stockpile extra bed sheets and a large trash can he used in his attempt to take his life, the review by the state’s health department found. Other widespread instances of unauthorized linens were discovered in other patients' rooms, posing additional suicide risks, the regulators found.

An employee has told The Gazette that Falk’s was at least the third suicide attempt this year inside the hospital. An adolescent girl used shards from a broken mirror and a man used a razor to harm himself.

Suicide attempts are not common at the Pueblo hospital and occur at a frequency lower than other community settings, said Robert Werthwein, director of the Office of Behavioral Health in the state Department of Human Services.

The Department of Human Services would not provide statistics on numbers of suicide attempts inside its two psychiatric hospitals.

Falk said he is frustrated at the lack of answers and apparent mishaps in preventing his son's suicide attempt.

"We're like 'Why did you let this happen?'" Falk said.

Despite being told he would receive a copy of an outside investigation into what happened that day that his son tried to take his life, Falk said he's now been told the hospital has a "no contact" order in place with the family, so he has been unable to obtain any information about the case. He also claims his lawyer was threatened if they continued to pursue the matter.

While state regulators were examining conditions at the hospital, a patient escaped from the facility three days after Falk’s suicide attempt, according to the survey. The patient walked past four staff members and a kitchen employee and through an unlocked door, the regulators reported. The patient escaped from the hospital grounds for more than three hours before police escorted him back to the facility, the survey noted.

Escapes from the facility also occur infrequently — "from time to time," Werthwein said.

"When they think of escapes, people think of scaling a wall or digging a tunnel, but in some units, depending on the security level, people can walk off on their own accord," he said.

His department did not provide requested numbers of escapes from the facility. An employee said another had occurred in February.

Patients also were being locked regularly in their rooms, a violation of seclusion and restraint policies, the survey also said, stating the facility “failed to ensure a safe patient care environment in multiple areas” due to a lack of required patient wellness checks and environmental safety checks.

While the clinical care associate made rounds the day of Falk’s suicide attempt, his actual patient checks were cursory and insufficient to ensure safety, the state regulators found. Surveillance video showed he did not enter patient rooms during the rounds and stood before patient doorways for only one to two seconds.

He failed to detect the trash can and bed sheets used in his suicide attempt, according to the survey’s findings. Falk wrapped the extra sheet around his neck and put it into the door and closed the door. He stood on top of the upside-down trash can to hang himself.

Falk said the description of what occurred doesn't make sense since his son is "almost as tall as the doors."

And "that type of suicide takes planning — it seems like it would take more than 15 minutes just to tie the sheets together," Falk said.

Staff also regularly transported patients through an underground tunnel system, which had multiple pipelines, construction supplies, water leaks and additional unlocked doors to other tunnels that could allow for escape and criminal activity, according to the survey. The survey noted that nothing was done after reports of unlocked doors that would allow for escape from the facility. The lack of any follow-up contributed to a patient escaping from the hospital, according to the survey.

In June, contracted electrical workers left a 15 to 20-inch metal pipe in the hallway, but no measures were taken to prevent such hazards from occurring again, the survey noted.

Another patient in July hid a rusty, metal wire in his room, but when staff discovered the wire no interventions or investigation occurred. In another instance, a patient fashioned a weapon by filling a sock with rocks, but there was no evidence that incident was ever investigated, the regulators further reported.

State officials pledged in response that they would hire a quality-improvement specialist. They said the specialist would monitor reporting on adverse events and ensure follow-up occurs.