Bullets blasted the passenger side window of Brian Puerta’s Buick on March 30 in rural Huerfano County. 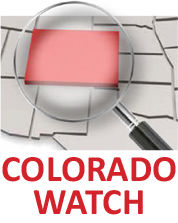 A judge ruled Huerfano County Sheriff Bruce Newman and his office persistently fail to follow Colorado law in the handling of criminal evidence to such a degree that public safety and the prosecution of criminal cases continue to be impaired. He ordered the sheriff and his office to start complying with the law.

Justice being denied in a Colorado county because of persistent evidence delays, prosecutor charges

The prosecutor says the sheriff’s failures resulted in the dismissal of criminal cases and instances in which the prosecution had to allow defendants charged with violent felonies to plead to lower-level criminal charges that could allow them to escape prison.

Kolomitz on Monday issued a preliminary injunction that ordered the sheriff and his office to follow Colorado’s rules of criminal procedure governing the handling of evidence.

“Having considered the testimony, exhibits and arguments of counsel, the court concludes, overall, that there has been, and continues to be, a persistent failure of the sheriff and the Huerfano County Sheriff’s Office to comply” with Colorado law in the handling of evidence, Kolomitz ruled.

He added that those failures were so severe “that there is a detrimental impact” upon public safety and the prosecution of cases.

Newman said he would comply with the ruling.

"We have to," he said, adding that he believed the issue had been blown out of proportion. "It's the law."

Solano said the injunction will allow him to seek contempt of court fines and even jail time if the sheriff continues to not timely provide evidence to the prosecutor. The sheriff and his office have five days to bring into compliance prior criminal cases with evidentiary issues, Solano said.

"I'm asking my staff if they can identify those cases to assist with compliance," Solano said. "Going forward we will measure compliance and track all information we receive and when we receive it and and whether it is complete."

The judge ordered Newman and his office to:

While the judge’s order is a preliminary injunction, Solano said he plans to file for a permanent injunction. 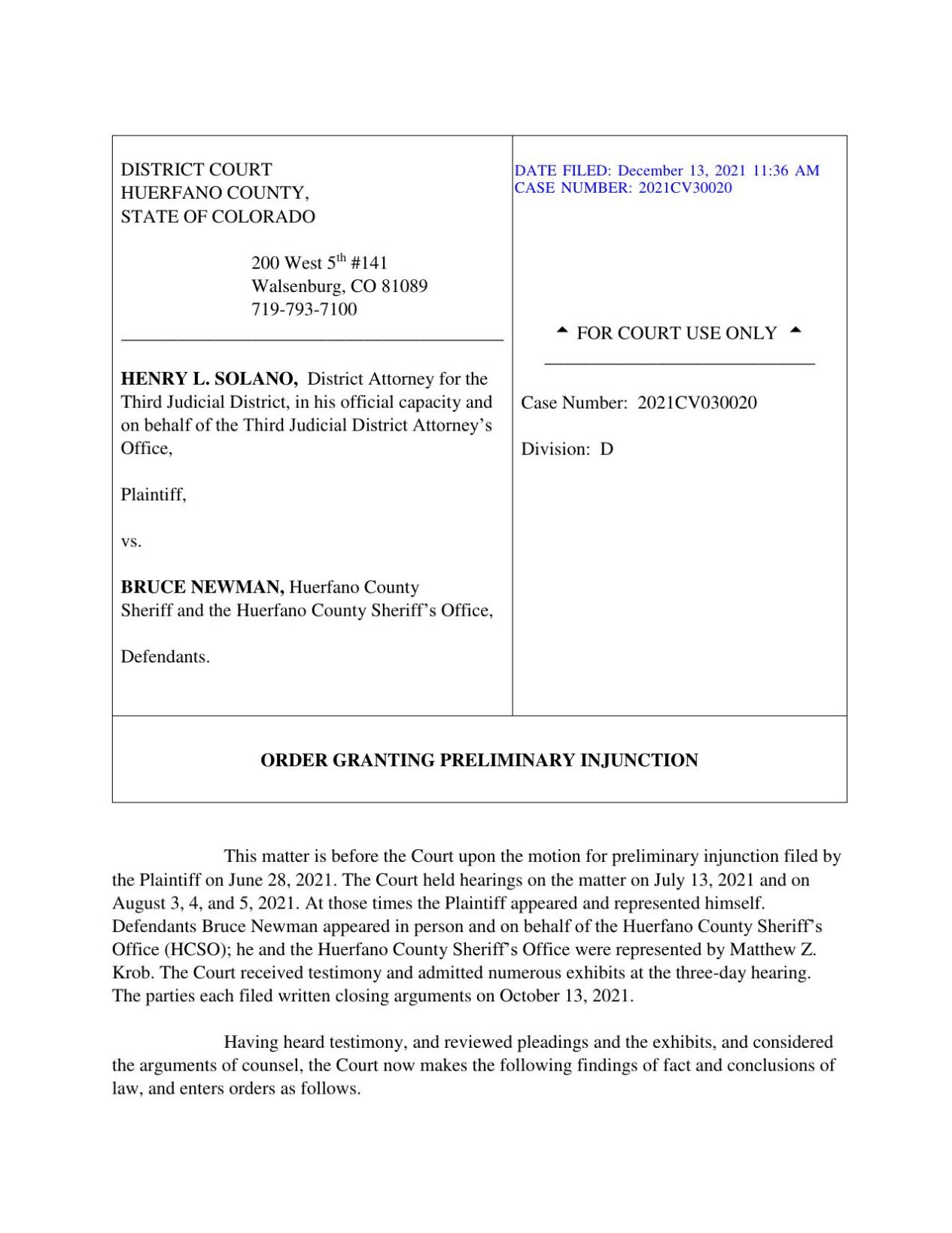 In court filings in connection with the lawsuit, Solano said Newman and his office only provided timely evidence to the prosecutor in 62.6% of the cases they initiated in the past three years. The prosecutor detailed in court filings the dismissal of at least 30 felony cases because the Sheriff's Office failed "to preserve or send evidence for testing."

Solano said that in one case, 26 grams of heroin were not sent for crime lab processing, causing the dismissal of drug distribution charges pending against a habitual offender who faced up to 32 years prison.

He said another case that was compromised by a lack of prompt processing of evidence by the sheriff’s office involved a March 30 shooting at a truck stop in Huerfano County.

In that case, law enforcement authorities arrested John William Wilson, now 40, after a man sleeping in his car at the truck stop called 911 after suffering a random act of gun violence involving a stranger.

Shortly after that shooting incident, authorities confronted Wilson shooting up a vacant building in nearby Pueblo, prompting a high-speed chase. Brian Puerta, now 47, who was shot in the abdomen, right wrist and right hip, later picked Wilson out of a photo lineup after Wilson was apprehended after he wrecked his car.

Wilson originally faced six felony charges, the most serious of which was attempted murder, which carries up 28 years in prison. He pleaded to a lesser charge of vehicular eluding that could allow him to escape prison and receive probation at his Jan. 6 sentencing date. If the judge opts for a prison sentence, it could be as little as six months.

Solano has said he entered into the plea agreement with Wilson because the sheriff’s office was not timely enough in sending the gun that was seized from Wilson’s car, or the bullet recovered from Puerta’s body to the Colorado Bureau of Investigation’s crime lab. The crime lab did not receive the evidence until six months after Puerta’s shooting, records show.

A federal judge has dismissed part of a lawsuit involving a Colorado Springs police dog who apprehended a man while he was in the shower.