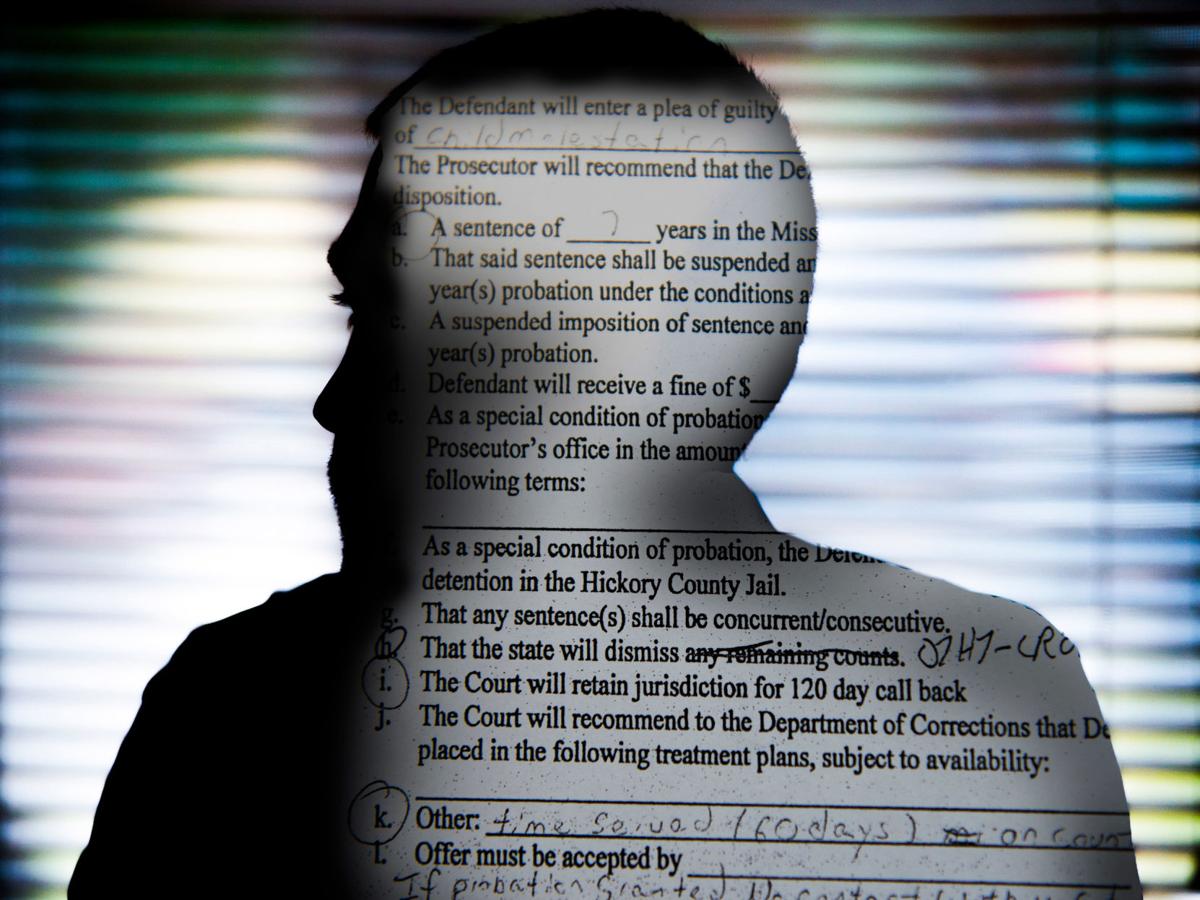 A photo illustration of David, whose last name is withheld, was given a warrant for his arrest with the charge being statutory rape. He was dating a girl for three months when he was 17 and she was one month shy of her 14th birthday. After they broke up and a few weeks later, she accused him of statutory rape, statutory sodomy, and second-degree child molestation. Ten years later, that charge is still causing him problems while he lives in Colorado Springs, Colorado. (Photo by Dougal Brownlie, The Gazette).

Members of a state board that writes the rules for how Colorado sex offenders are supervised voted on policy revisions that benefited their firms, which held state contracts worth millions of dollars annually, according to a scathing performance audit the state auditor released Tuesday.

The audit further found that most of the standards the Sex Offender Management Board has set do not reference supporting evidence, as required by state statute. The board also failed to verify the qualifications and credentials of applicants it sanctioned to treat sex offenders and did not adequately investigate complaints lodged against treatment providers, the audit reported.

The board is responsible for developing standards for treating and managing Colorado's 24,000 registered sex offenders. Those standards have prompted sharp criticism in recent years, with civil rights advocates and a bipartisan cross-section of legislators arguing they shouldn't require low-level sex offenders to keep taking polygraphs and shouldn't be used to bar even young juvenile offenders from living with their siblings.

Officials in the Colorado Department of Public Safety, where the board is lodged, promised during a legislative hearing Tuesday that they were addressing the problems identified in the audit, but Republican and Democratic legislators said they were skeptical the audit’s findings were being taken seriously enough.

State Sen. Paul Lundeen, a Republican from Monument, said he had heard complaints about the 25-member board from the time he was first elected to the legislature in 2015 and believed the board had shown itself resistant to reform and remained structurally unwieldy.

“I’d have greater hope if these issues had not been languishing for many years,” Lundeen said.

Another member of the legislative audit committee, Democrat Rep. Tracy Kraft-Tharp of Jefferson County, urged Stan Hilkey, executive director of the state’s public safety department, to heed the audit’s warnings. She implored him to tell other members of Gov. Jared Polis’ cabinet of how he had just endured the “worst hour” in his career after being confronted during the legislative hearing with repeated findings that his agency was not taking care of “common sense things.”

The audit from the office of State Auditor Dianne Ray is the latest in a series of dust ups between the Sex Offender Management Board and the legislature. Two years ago, the legislature approved a bill barring members of the board from being able to profit from multi-million-dollar state contracts related to sex-offender supervision the board sets. Then-Gov John Hickenlooper vetoed the legislation, writing to legislators that while he agreed proper handling of conflicts on the board was an issue, he feared the legislation was too broad.

Chris Lobanov-Rostovsky, the liaison within the state’s public safety department to the board, said during a legislative hearing on Tuesday that the board was still working through how to ensure members with experience in sex offender management, such as polygraphers and therapists, could serve on the board and give their expertise while not violating state laws meant to prevent financial conflicts of interests by state board members.

He said the board has asked for guidance from the Colorado Attorney General’s Office, and a consultant, Yuma County Commissioner Trent Bushner, had helped craft new conflict-of-interest policies.

Two years ago, media reports about professional polygrapher Jeff Jenks’ role on the board stoked the ire of legislators. Jenks played an influential role in writing rules for how his profession administers polygraphs that ensured polygraphs would continue to be used widely in the management of sex offenders.

A bipartisan group of legislators had joined with offenders and their families along with C. Dennis Maes, former chief judge of Pueblo District, to question the validity of the polygraphs, contending they were little more than junk science. Jenks is no longer on the board, but the audit released Tuesday found instances where board members violated state law barring them from performing official actions that could have a direct financial gain to their business.

The audit found that in 2018 through 2019, nine board members “had actual conflicts or situations that created the appearance of a conflict that were not disclosed and did not prevent them from performing official actions.”

In seven instances, board members were owners or directors of entities that collectively had millions of dollars in contracts to provide sex offense-related services, the audit found. One of those involved a board member who was director of a private counseling agency that had a $3.5 million contact with the Colorado Department of Corrections to provide mental health therapy to adult sex offenders.

Problems ranged from board members participating in committees that handled complaints against providers to other instances involving approval for applications to become treatment providers. In 15 of 17 instances in which sex-offender management standards were revised, seven board members with conflicts did not abstain from voting on revisions that applied to the types of services they provide, the audit found.

The audit further found that vast sections of the board standards for evaluating, identifying and treating sex offenders failed to cite supporting evidence. Board staff told the auditors that the standards were shaped by research and evidence even if the research wasn’t always cited in the actual written rules.

Officials in then Gov. John Hickenlooper’s administration helped an influential Colorado Springs nonprofit privately lobby a member of the sta…