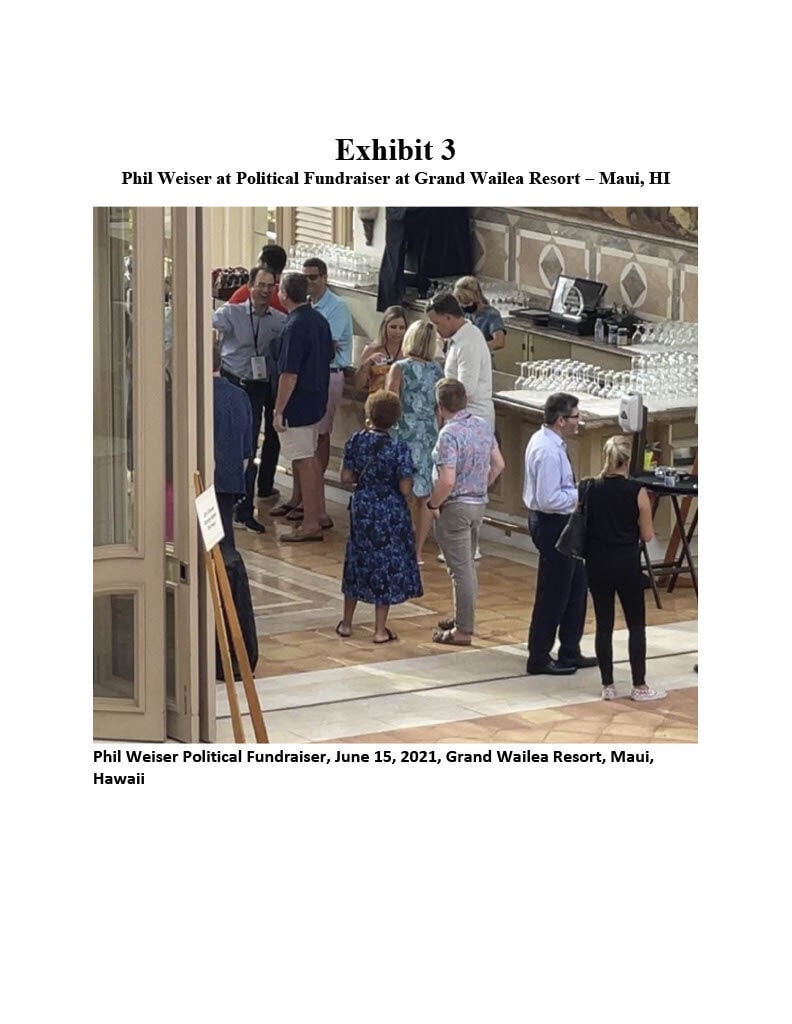 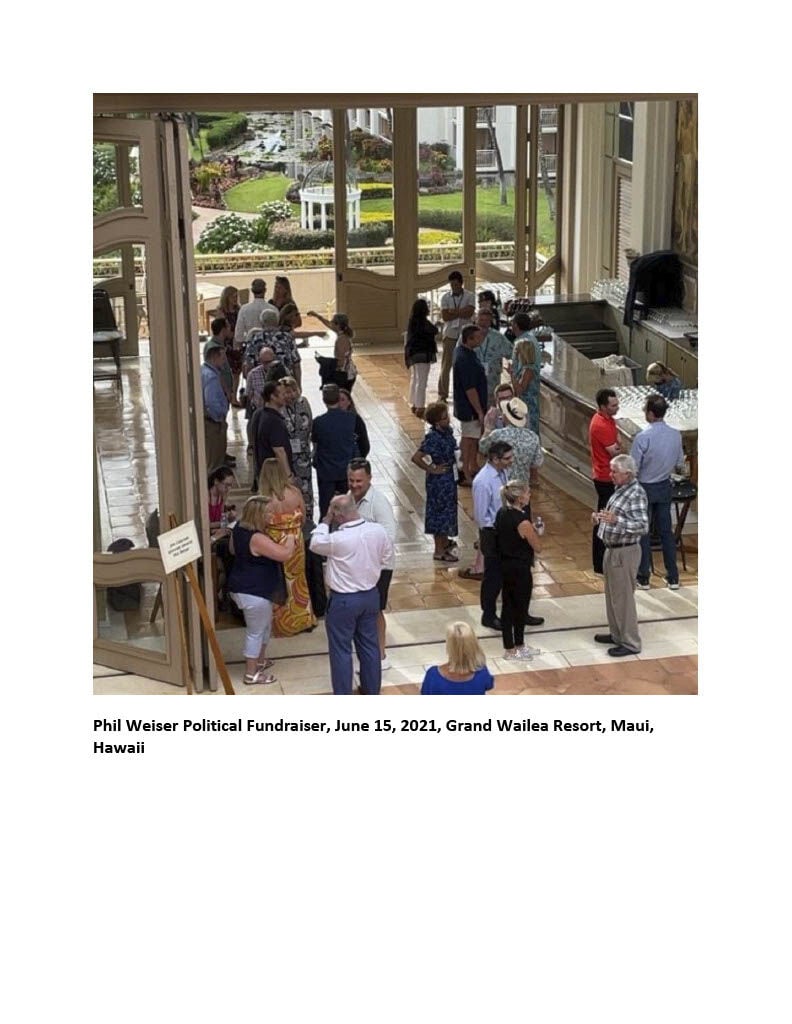 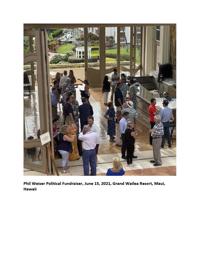 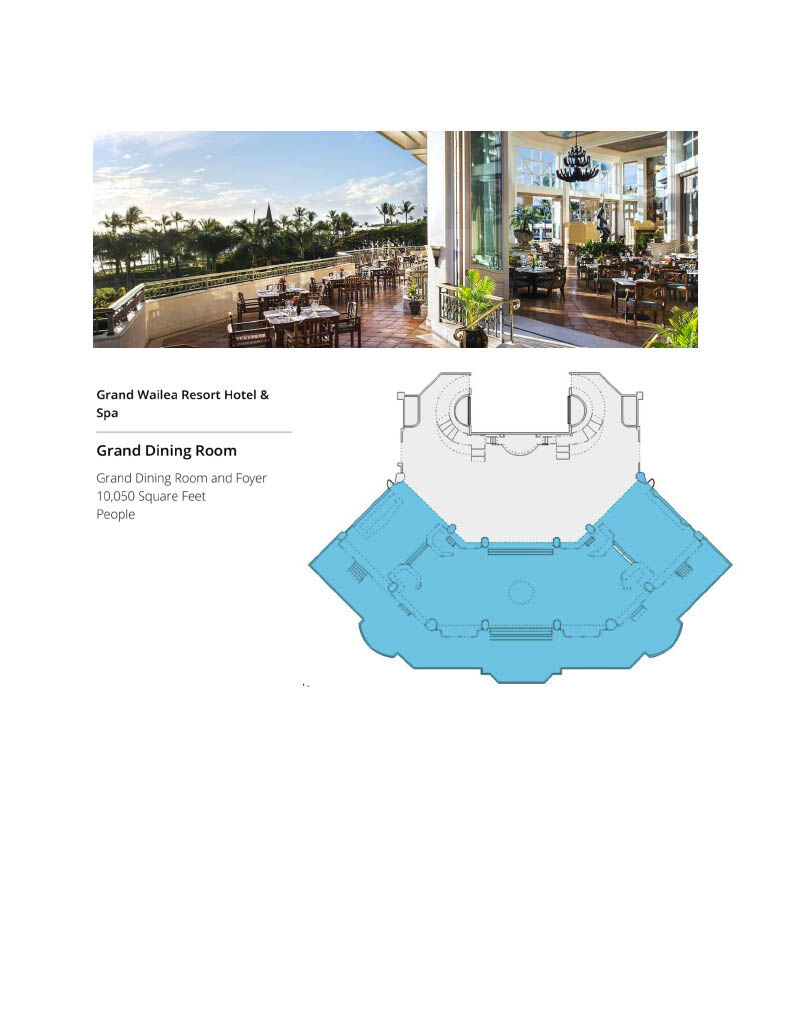 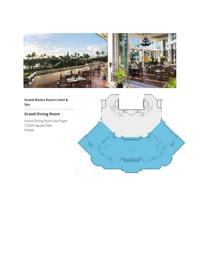 Following a fundraiser at an exclusive resort in Hawaii, Colorado Attorney General Phil Weiser is facing a complaint accusing him of violating the state’s campaign finance laws.

Defend Colorado, a Republican affiliated dark money group that has put Democrats in its crosshairs before, has filed a formal complaint alleging that the Democratic attorney general did not pay the full cost of his campaign’s use of the Grand Wailea Grand Dining Room at the Grand Wailea Maui, a Waldorf Astoria resort. And the group also accused him of using the event to cozy up to corporate lobbyists.

Weiser’s campaign officials defended the fundraiser, stating that Weiser paid his own costs to attend the annual conference and sought no reimbursement from the state or from the Alliance. They added that the Republican group had its facts wrong. The fundraiser was held in a “public foyer” at the resort and, as a result, the only cost to the campaign was the beverage and food consumed at the event, according to the campaign officials.

“We were only just forwarded a complaint from the Secretary of State filed by a dark money group,” said Jacob Becklund, Weiser’s campaign manager, in an email. “We will be able to address the complaint when we have had a chance to properly review it. The campaign complies with all campaign finance laws.”

In data access lawsuit, Colorado AG's office is contradicted by its own records

Weiser is up for re-election in 2022 and officially kicked off his campaign in September.

The campaign finance complaint filed with the Colorado Secretary of State’s Office on Wednesday states that the resort charges $6,000 for use of the resort’s Grand Dining Room with a food and beverage minimum of $39,760 and a 2% service charge.

Weiser’s campaign filed campaign finance reports disclosing that amount wasn’t what was paid for the fundraiser in Hawaii. It disclosed paying the Grand Wailea Waldorf Astoria resort just $437.50 in food and beverage for a “6/15/21” event, according to the complaint filed by Defend Colorado.

The complaint contends that discrepancy amounts to an illegal unreported campaign gift contribution.

“Colorado voters expect the Attorney General to understand and abide by the campaign finance laws of the state,” the campaign finance complaint filed on Wednesday states. “Weiser’s case is not a technical matter that can be cured. This is an egregious violation committed by the state’s chief legal officer.”

Anna Noschese, the registered agent for the Weiser campaign, denied any campaign finance violation. She said she checked with the resort about paying for the use of the dining room and was told it was booked up. The fundraiser, she said, took place in a public foyer, located at the bar of the resort. She said the resort's management told her that area is regularly available for use for free.

“Anyone could come by, which is why we were not paying to book a room,” Noschese said.

The complaint included as exhibits photos of Weiser, purportedly taken at the fundraiser by a private investigator hired by Defend Colorado. The complaint describes the photos as showing Weiser, “with no face covering in violation of Hawaii’s health code.” And it further describes those photos as showing him “surrounded by corporate lobbyists that paid for access to the Attorney General” at the dining room.

Individuals who made contributions during the fundraiser in Hawaii could not be determined through a review of Weiser’s campaign finance filings.

Noschese, after reviewing the exhibits and photos, again said the fundraiser was “in the little standing entryway.”

“The actual dining room was not reserved for this,” she said. “It was an area where anyone could come and go. It was public access, and there were no tables reserved and nothing blocked off. It was not private. We were just told that people could come and go there, and all we would need to pay for was any food and drinks consumed at the bar.”

Carol Suckow, the resort’s senior social catering manager, declined to comment and referred questions about whether the photos were of a public area to the resort’s public relations department, which did not respond to requests for comment.

Defend Colorado is a Colorado nonprofit, run by Republicans, that describes itself as an “action-based organization that opposes extreme special interest measures threatening our state,” according to its website, and “demands accountability, transparency, and honesty in government.”

Defend Colorado’s lawyers include Suzanne Taheri, a Republican who was former deputy secretary of state when Wayne Williams was secretary of state; and former 18th Judicial District Attorney George Brauchler, also a Republican. The group, which does not disclose its donors, recently filed an Independent Ethics Commission complaint over Gov. Jared Polis’ former chief of staff Rick Palacio pocketing an $85,000 contract to help the governor with COVID-related work just as he was leaving a state job he held for just four months.

The complaint asks for an investigation into the Hawaiian fundraiser, a fine and a requirement that Weiser report “the source of this unlawful contribution.” The complaint cites the Colorado secretary of state’s campaign finance manual, which bars in most cases the use of hotel space for free or at a discount.

The manual further states: “For example, law typically prohibits the contribution/donation of the use of a ballroom at a corporate-owned hotel (whether donated outright, or given for use at a reduced rate) as a corporate contribution with the possible exception if, and only if, the hotel provides free use to other entities in the usual course of its business.”

The complaint states the Attorney General Alliance is “a group that solicits, and is funded primarily by, corporate sponsorships.”

“Several of the sponsors were then, or are currently engaged, in active litigation against the state of Colorado,” the complaint states, quoting from solicitations from the Alliance for sponsorship money. “These include Juul, Purdue Pharma, Pfizer, Google and Facebook.”

Such sponsorships in the past have sparked criticism and the scrutiny of the media. Critics point out lavish corporate-sponsored conferences give lobbyists and lawyers a chance to make personal appeals to state attorneys general to drop investigations and change their policies.

Lawrence Pacheco, a state agency spokesperson for Weiser, said that Weiser paid all his own costs to attend the Alliance’s conference, which ran from June 14th through June 18th, and sought no reimbursement from the state of Colorado.

All the employees paid for their flights and did not seek reimbursement from the state for their expenses, Pacheco said. The Attorney General Alliance picked up the costs of the rooms for Hoogerhyde and DiMaria because the Alliance invited them to present at the conference, Pacheco said. Rooms at the resort cost a minimum of $979 a night, according to the resort's website.