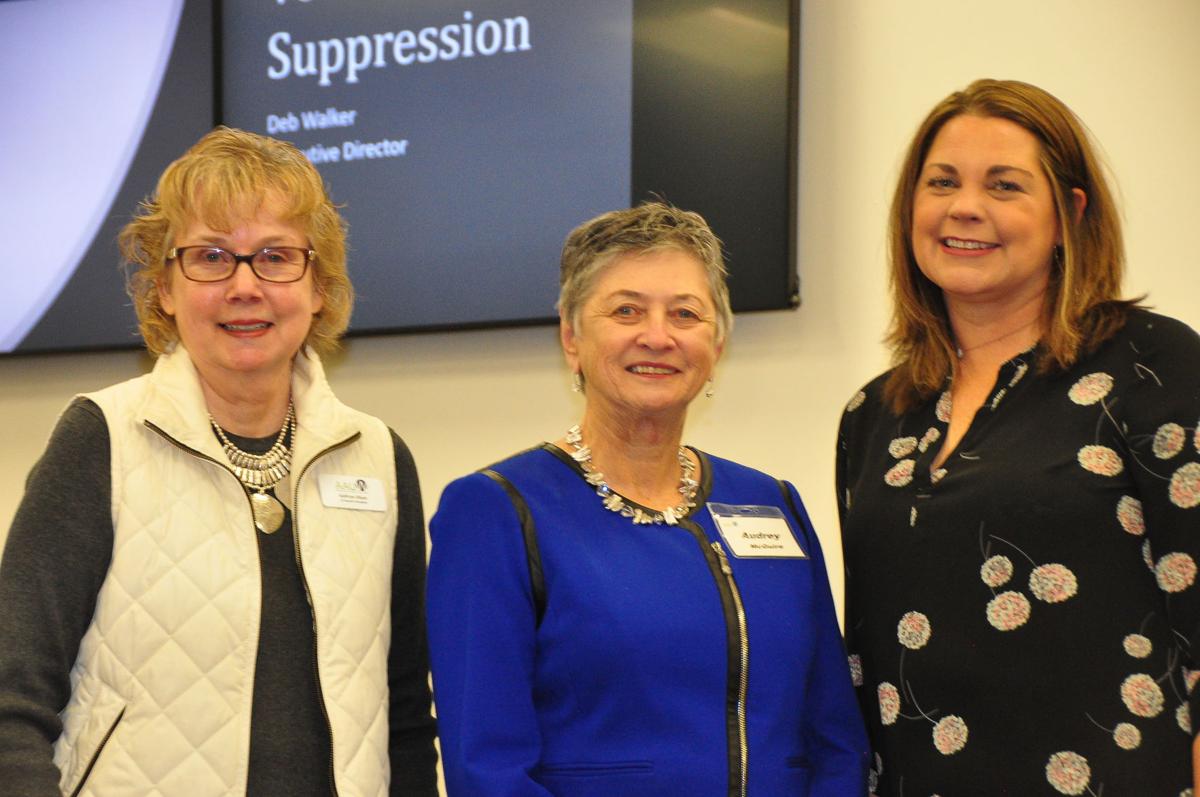 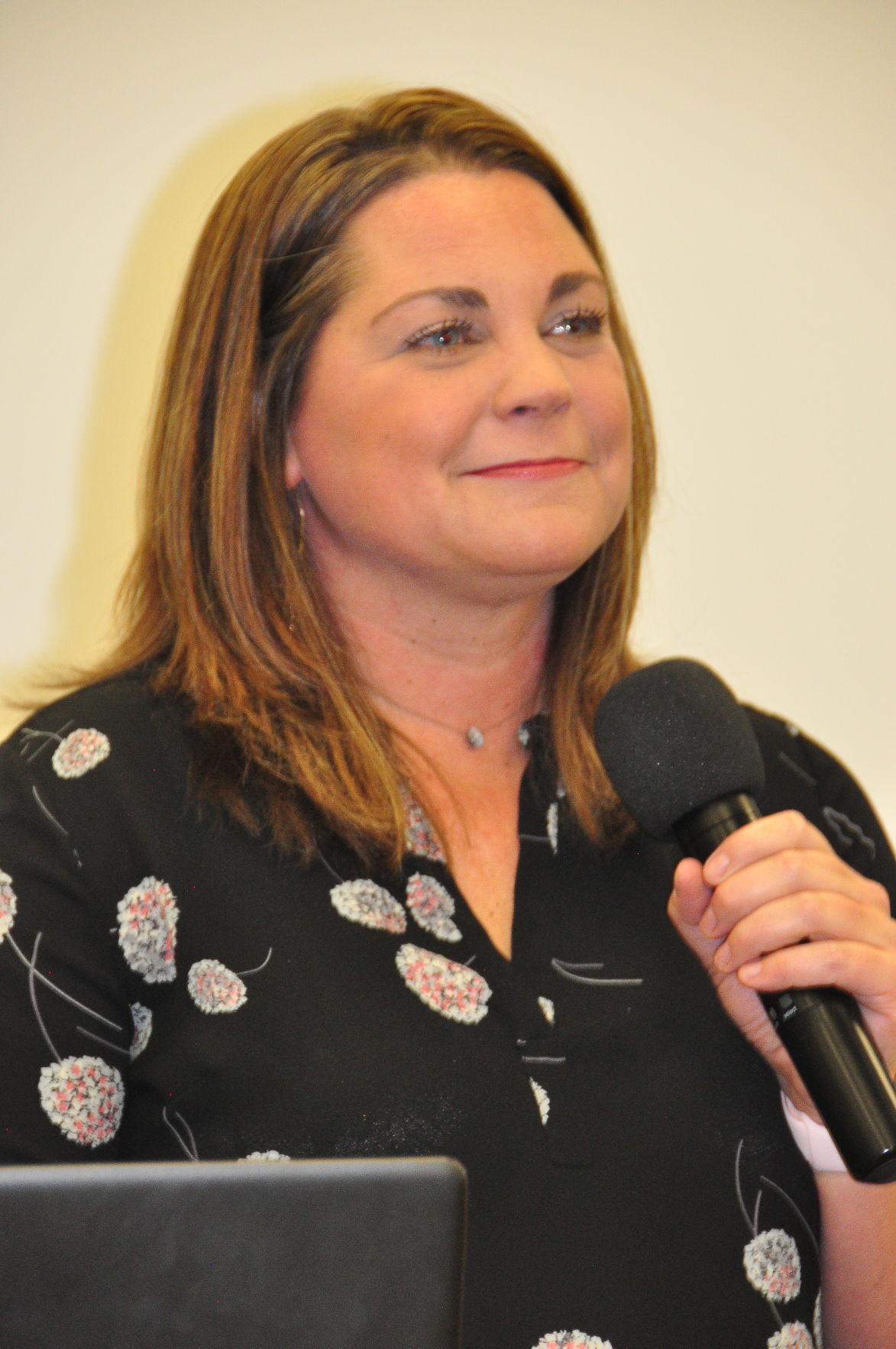 “Everyone should have input as to who is governing us,” said Deb Walker, executive director, Citizen’s Project, during a Jan. 18 meeting of the Association of American University Women.

“Everyone should have input as to who is governing us,” said Deb Walker, executive director, Citizen’s Project, during a Jan. 18 meeting of the Association of American University Women.

Women’s voting rights and of the barriers restricting them from participating in the voting process were the topic of a recent meeting of the Colorado Springs Association of American University Women.

Citizen’s Project Executive Director Deb Walker addressed the group of about 100 at the AAUW’s Jan. 18 meeting at Colorado Technical University.

Citizen’s Project, a grassroots nonprofit, empowers and challenges the Pikes Peak region community to embrace equity and diversity, and ensures that rights and freedoms are upheld and that citizens’ voices are heard.

Walker said voter suppression is a strategy used to influence the outcome of an election by discouraging or preventing specific groups of people from voting.

Voter suppression has tainted the nation’s election process, Walker said, citing as an example the era before the Voting Rights Act of 1965 was enacted when some states used literacy tests and poll taxes to keep African Americans from voting.

Another example is the 26th Amendment that lowered the legal voting age in the United States from 21 to 18 in 1971. Debate over lowering the voting age began during World War II and escalated during the Vietnam War when men denied voting rights were being conscripted to fight for their country. Many Americans saw this move as a cheap tactic to enlist soldiers.

“The argument was that if you could vote, you could fight for our country. So, there is a deep mistrust in the voting system,” Walker said.

In the U.S., felony convictions have restricted 6.1 million adults from voting, she said. Also, the Florida Supreme Court ruled that convicted felons must pay all debts before voting. “Florida is a swing state and every vote is crucial to determining the outcomes,” Walker said.

She added, “We want to get information into citizens’ hands and for them to get their voices heard.”

One AAUW member said some people aren’t aware they can vote early, which causes lengthy lines at the polls on Election Day. As a result, some people don’t vote.

“Everyone should have input as to who governs us. People who sit on school boards and city council often have more impact on how we vote than national leaders,” Walker said.

According to a 2018 PEW Research Center survey, 91% of adults said voting is important. About 73% said voting is convenient — whereas 27% disagree. Also, 70% believe voting is straightforward while 30% believe it is confusing.

“Most everyone agrees voting is important. Therefore, we need to educate family and friends to follow the legislation and pay attention to what affects voting,” Walker said.

The AAUW plans to do that during its February Ladies of Laughter Luncheon scheduled from 11 a.m. to 1 p.m., Saturday, Feb. 8, at Deerfield Hills Community Center, 4290 Deerfield Hills Road.

“It’s a celebration of 100th anniversary of the passage of the 19th Amendment guaranteeing and protecting women’s constitutional right to vote,” said AAUW President Kathryn Olson.

The AAUW’s WorkSmart, StartSmart, a program that assists young women with negotiating salaries, is set for April 18.

In December the AAUW filed for 501©3 status in addition to its 501©4 status. “Our future fundraising committee will be working to achieve our future goals in helping women achieve education, equality and financial independence,” Olson said.

The Colorado AAUW’s programs are open to the public. Learn more at coloradosprings-co.aauw.net.

Colorado election officials will be mailing out 3.3 million presidential primary ballots to registered voters, but there's still time for vote…