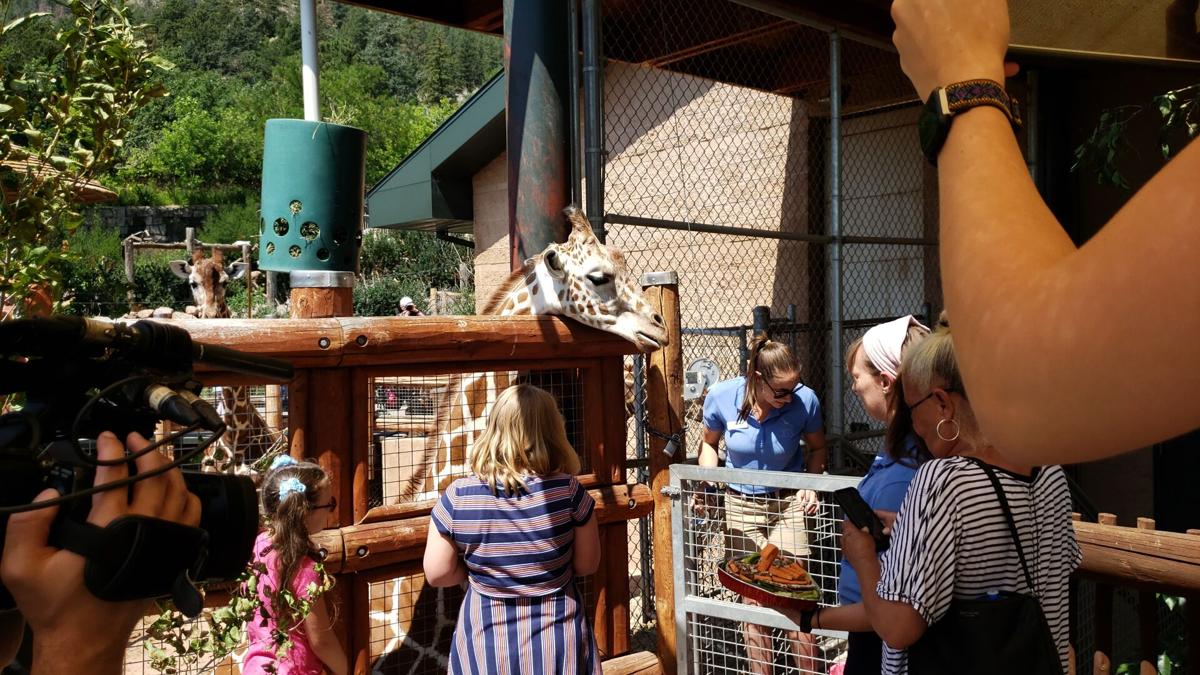 Viv, a 2-year-old giraffe, stares at her birthday cake before an ambassador from Children’s Hospital Colorado feeds it to her Saturday

at Cheyenne Mountain Zoo. The cake was topped with carrot sticks, lettuce and crackers. 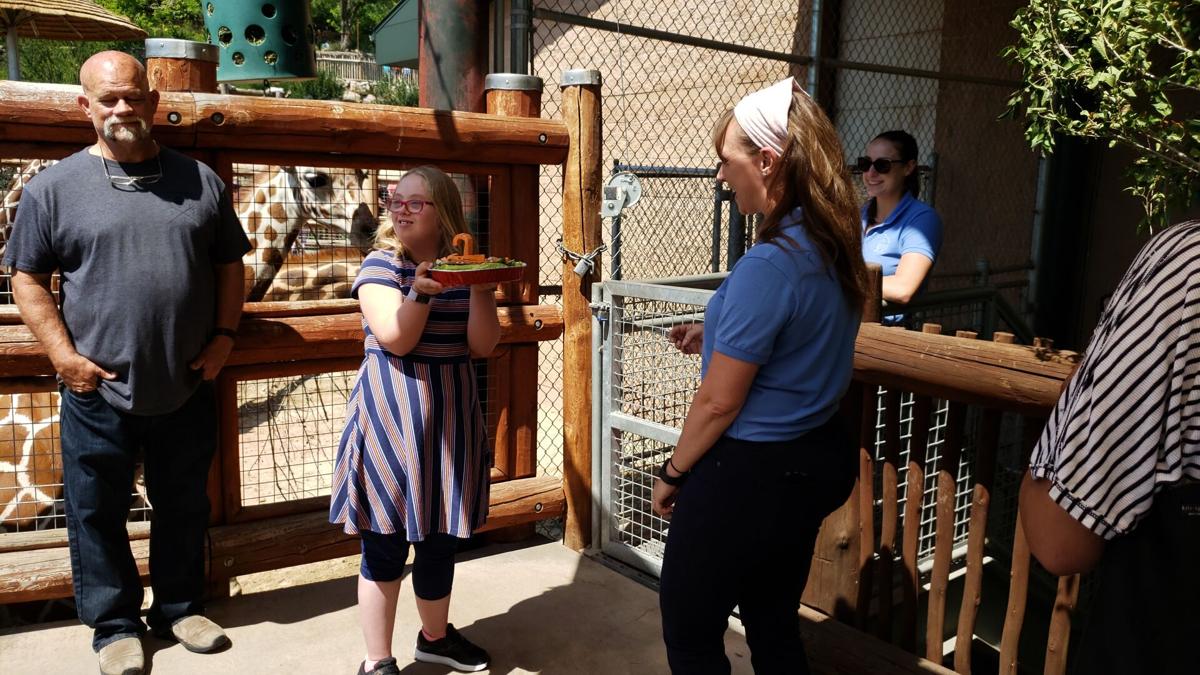 Zoe Krebs-Arthur, 12, poses with a birthday cake for Viv, a giraffe celebrating its second birthday Saturday, July 17, 2021 at the Cheyenne Mountain Zoo. 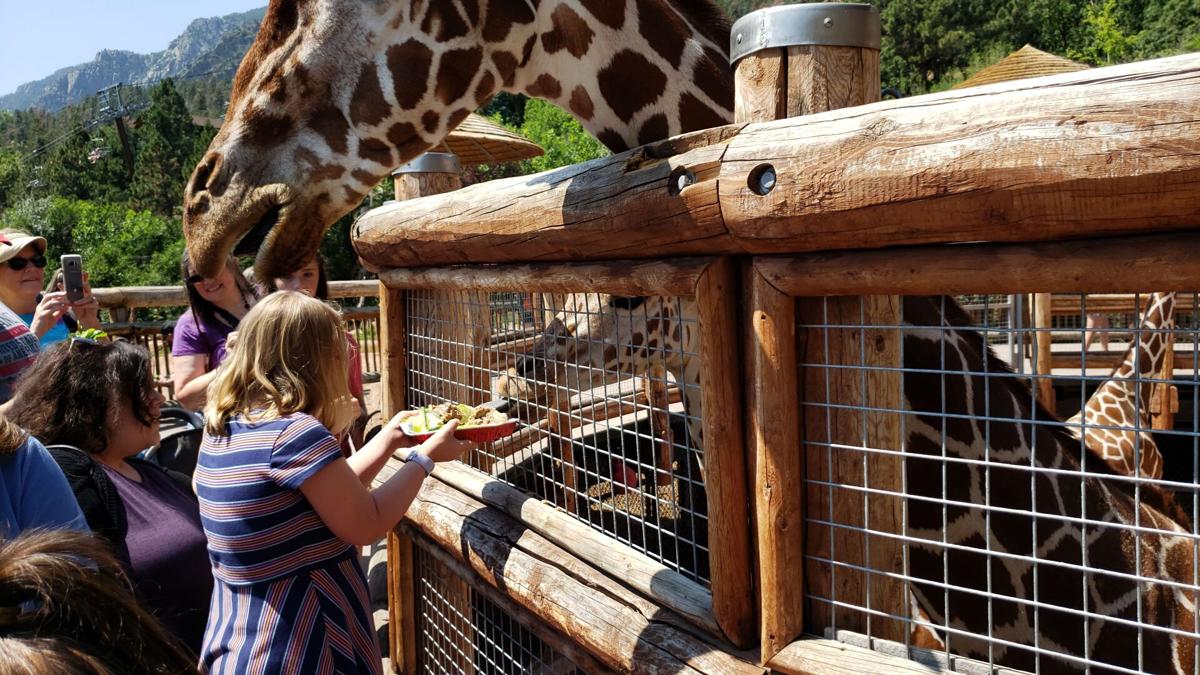 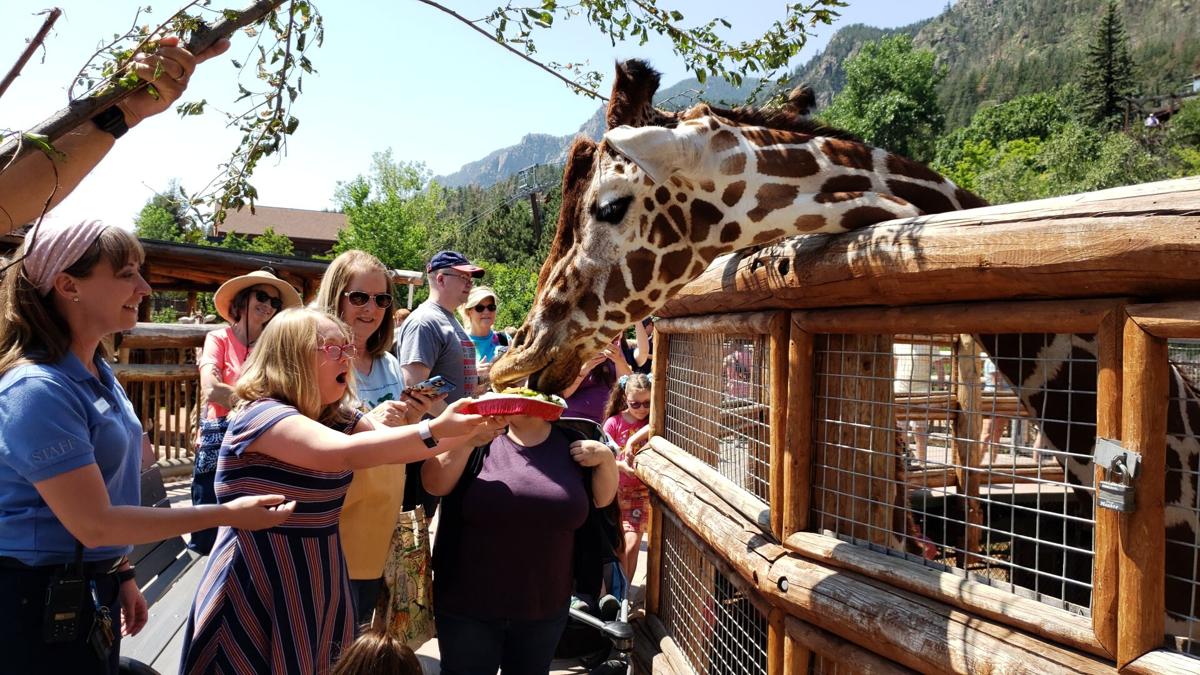 Viv, the ‘firecracker’ giraffe that leap-frogged over her mother’s back just six hours after she was born, turned two on July 6. Nobody forgot her birthday.

Dozens turned out to the birthday party Cheyenne Mountain Zoo staff along with their partner Children’s Hospital Colorado threw for Viv, complete with a birthday card writing station for her fans and a veggie-based cake topped with carrot sticks, crackers and lettuce that was given to Viv by a children’s hospital patient ambassador as zoo staff and fans sang "Happy Birthday."

“I was so excited,” said Zoe Krebs-Arthur, 12, about feeding Viv, even though she got drooled on a bit.

Though many parents fear the "terrible twos," lead keeper Amy Schilz said not a lot will change in terms of how she and other trainers will handle Viv now that she's 2.

“Knowing our Viv, we’re stepping into the ‘Terrific Twos,’ and she’ll continue to keep us on our toes as she has from day one,” Schilz said. “Pretty much any time we get a radio call that one of the giraffe is up to something, we know it’s probably Viv!”

Viv hasn’t changed much from the energetic calf people saw when she was born, zoo staff said, especially since three giraffes her age joined the herd.

“She has become really outgoing since becoming part of the four ‘littles’ group,” Schilz said, referring to two-month-old Ohe, nine-month-old BB, and three-year-old Panya, all giraffes in the zoo’s herd.

Viv’s energetic and outgoing personality has held some zoo-goers who visit her regularly captive since she was born.

“She captured my heart from the start,” Mary Williams, who travels from Denver to visit the giraffes every week, said of Viv.