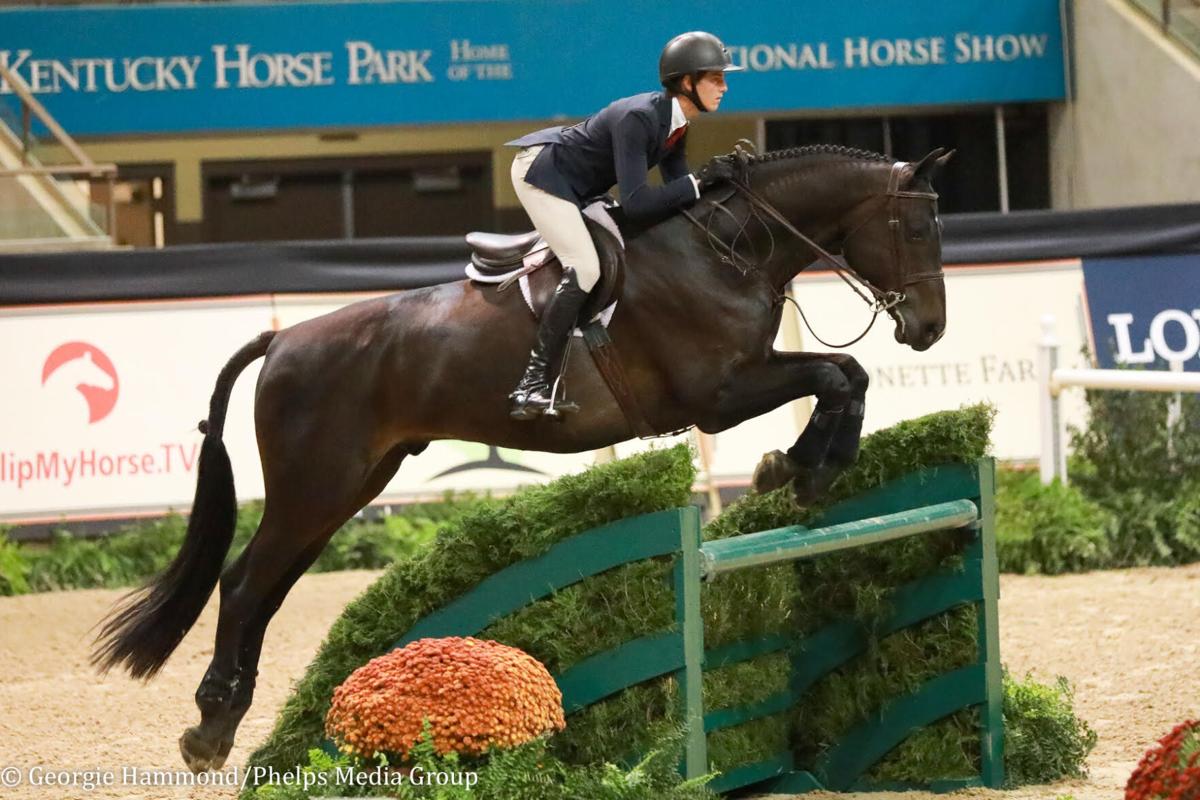 Dominic Gibbs makes a jump with his equitation horse, Cent 15, at the 2020 ASPCA Maclay National Championship. 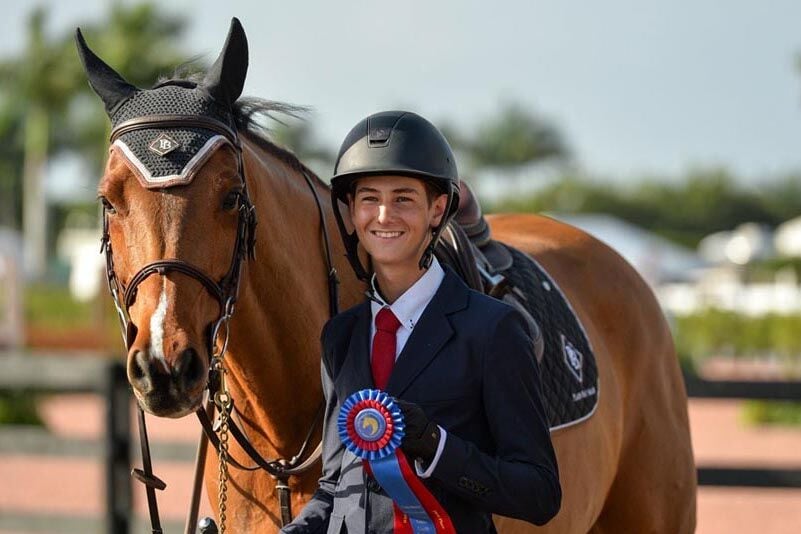 DominicDominic Gibbs with his jumper, Delia B, after winning a speed class in Florida in 2020.

Dominic Gibbs makes a jump with his equitation horse, Cent 15, at the 2020 ASPCA Maclay National Championship.

DominicDominic Gibbs with his jumper, Delia B, after winning a speed class in Florida in 2020.

Dominic Gibbs is not your typical high school athlete.

At 5’8” and 125 pounds, he’s a bit on the small side. He wears a helmet, but no pads. And his teammate outweighs him by more than half a ton.

But Gibbs is one of the best in the country at what he does.

Gibbs, an equestrian show jumper, recently won the ASPCA Maclay National Championship, presented each year to the best rider under age 18 at the National Horse Show in Lexington, Kentucky. The event is the country’s biggest equestrian competition, and the Alfred B. Maclay trophy is the Heisman of horsemanship.

According to the Colorado Hunter Jumper Association, Gibbs, 17, is the first Colorado equestrian to win the Maclay Championship, and to get there he had to beat about 260 other riders — the largest field in the 87-year history of the event.

This year, Gibbs also finished with top-five placings in all of the year-end junior finals leading up to the Maclay. In the junior jumper division, he led the country in prize money and wins, culminating with the title of U.S. Equestrian Federation Horse of the Year for his division.

Gibbs comes from a family of horse lovers, and he has been around the animals since before he could walk. When the family moved from Pueblo to Colorado Springs, they found a trainer who saw the young rider’s potential. Gibbs won a few local shows and then took his act on the road, competing year-round in Texas, Arizona and California, putting in the extra time that can often make the difference between good and great.

“If he was going to ride against these top-level kids, and beat them, he had to do it all year, and not just in the finals,” Gibbs’ mother Erin said. “We had to know we could beat them before we went to the expense of sending a horse to the east coast.”

He competed in — and won — his first national final at age 15, and that experience convinced him that he could ride with the best.

Many of the country’s biggest jumping events take place more than 1,000 miles away, in places like Florida, Michigan, Kentucky, North Carolina, Virginia, Pennsylvania and New York.

Gibbs attended Cheyenne Mountain High School for his freshman year and first half of his sophomore year, but due to his competition schedule he now spends a lot of time on the road, living and traveling with his coach, or with his mother and 13-year-old sister as he balances a full-time competition schedule with his online high school studies. Erin said they have traveled more than 202,000 miles, and counting, as they roll — with horses in tow — from event to event.

“I don’t even have a house anymore,” he joked. “I’ve been living in a camper all year.”

As Gibbs approaches young adulthood, he has begun to need Erin less as “Mom,” and more as a fellow rider who understands the nuances of the sport.

“Physically, he doesn’t need me as much; he takes care of himself,” said Erin, a former competitive rider. “But I know what it’s like to be a competitor, what it’s like to love a horse, and what’s it’s like to have a goal and fall short. So I think it’s important that I be there when I can.”

Gibbs said he couldn’t ask for a more supportive dad than his father, Gordon, but ironically, Gordon is allergic to horses, which limits his time at the barn. Dad often maintains the homefront while Mom hits the road with two of her three kids. Jordan, 13, is a competitive rider and “hot on her brother’s heels,” and Patrick, 15, “can’t stand horses,” according to Erin.

This level of success, at such a young age, is often an indication of future Olympic and international success. According to Gibbs’ coach, Stacia Klein Madden, 17 of the last 18 Maclay winners are still currently active in the sport, and many of them are among the best riders in the world.

But Gibbs takes nothing for granted. He hopes to compete in the Olympics one day, and to ride professionally. But for right now, he is focused on his more immediate goals, one of which is college. He has applied mostly to east coast schools including Georgetown, Columbia, and New York University – mainly to be closer to his sport.

As for his equestrian career, he plans to take it one jump at a time, one ride at a time, one victory at a time, constantly pursuing that perfect moment “when you come out of the ring, and you know that you’ve just crushed it, that you’ve blown the competition out of the water,” he said. “It doesn’t happen all that often, but when it does…it’s really sweet.”

Dominic Gibbs began a show-jumping competition astride his 13-year-old horse. By the end of the contest, he was behind the wheel of a brand new car.