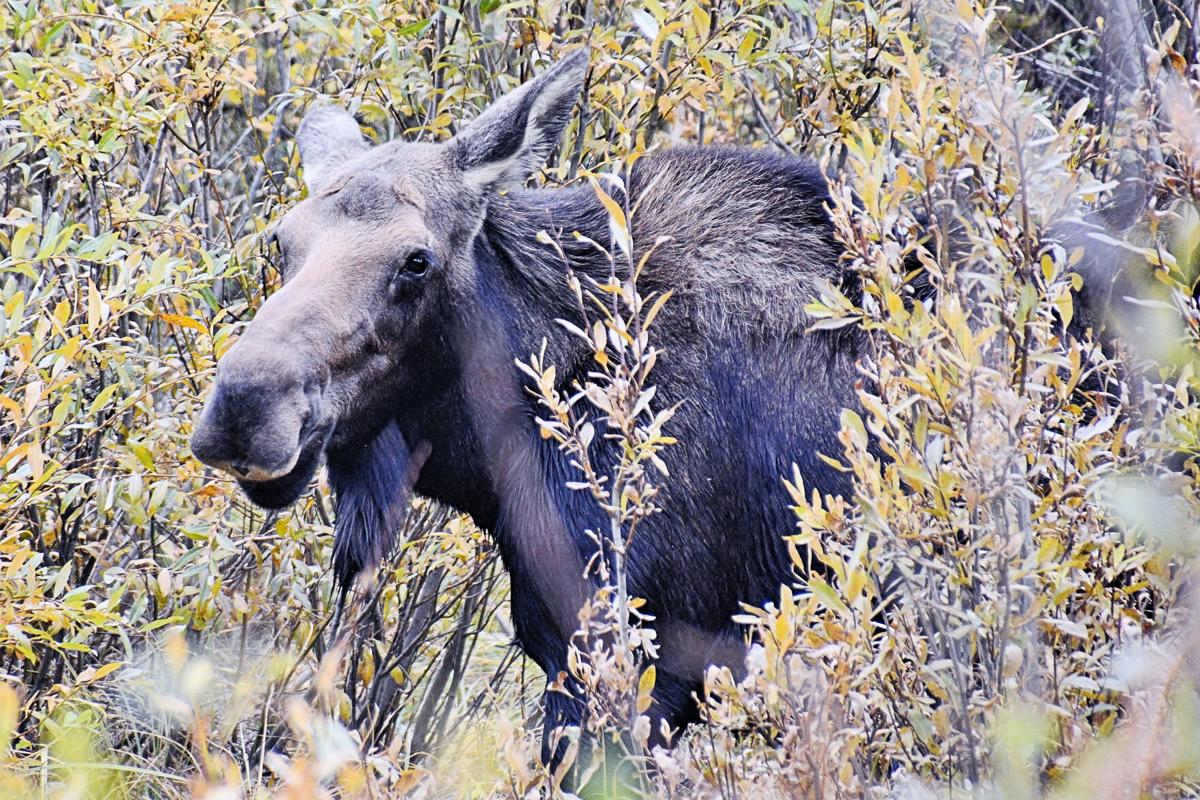 Weighing up to 1,000 pounds and towering at more than six feet at the shoulder, the Shiras moose is Colorado’s largest big game animal and its numbers are estimated at 3,000 statewide. 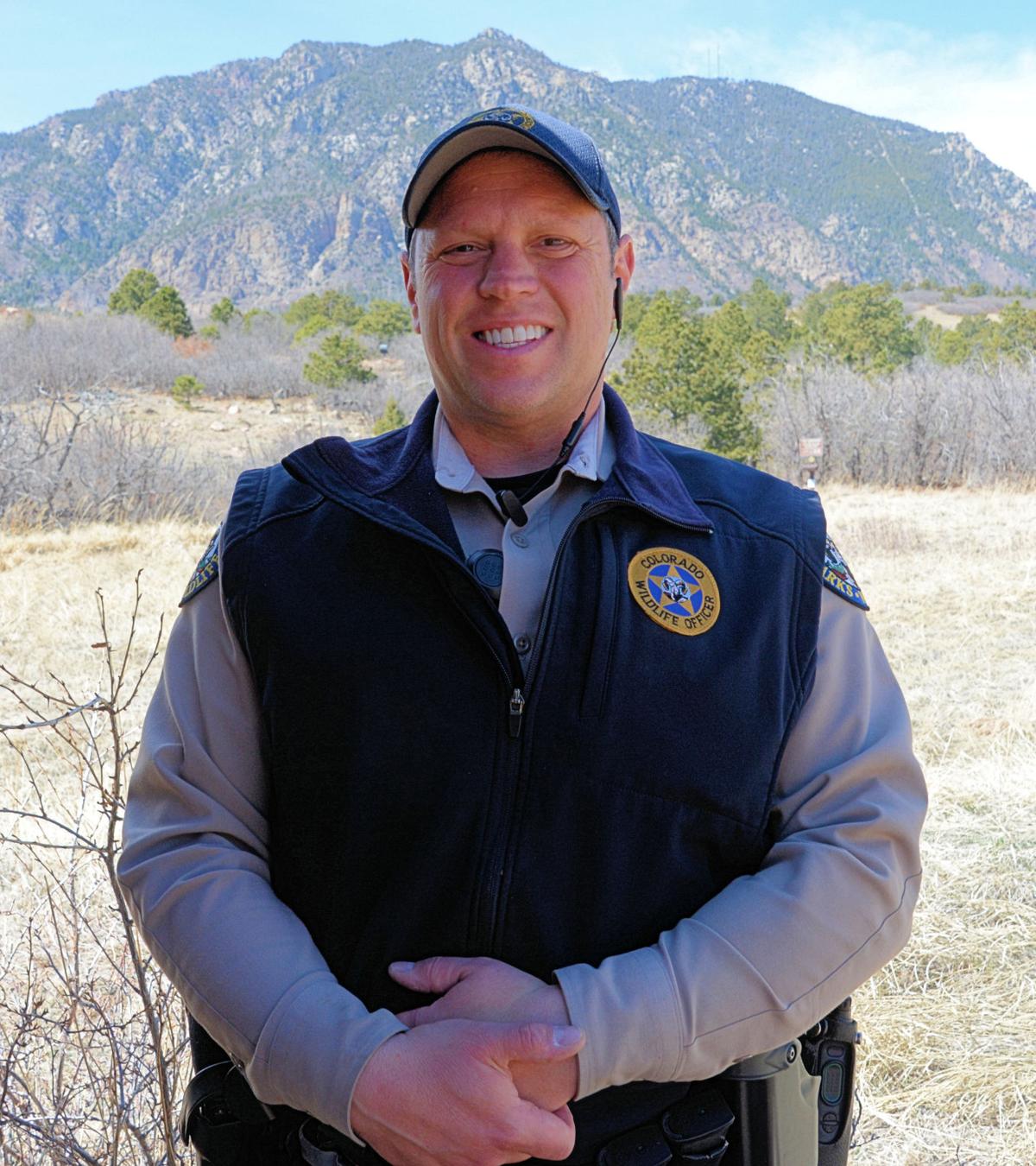 Weighing up to 1,000 pounds and towering at more than six feet at the shoulder, the Shiras moose is Colorado’s largest big game animal and its numbers are estimated at 3,000 statewide.

Ever been up in the mountains and seen something that looks like a huge Clydesdale horse in the woods? Something so big you can’t imagine how it can move through the thick timber or dense underbrush? Yet, a second later it’s gone and you can’t hear a thing?

Most likely what you saw was not Bigfoot or Sasquatch. You probably had a close encounter with one of our growing population of moose.

Weighing up to 1,000 pounds and towering at more than six feet at the shoulder, the Shiras moose is Colorado’s largest big game animal and its numbers are estimated at 3,000 statewide and growing.

After all the recent reports of moose sightings in Monument, Black Forest, Colorado Springs and Fort Carson, you may find it hard to believe, but moose were rarely seen — let alone hunted — in Colorado as recently as 20 years ago.

But thanks to wildlife conservation efforts by Colorado Parks and Wildlife — financed by the money we gain from hunting licenses — moose are becoming a common sight across the state from the Front Range to the ski slopes to mountain villages.

A number of moose are living in neighboring Teller County. We haven’t formally surveyed the population but anecdotal evidence including hunter sightings tells us we have a decent population. And a fair number have moved into western El Paso County, where they are carving out their own territories and breeding.

That’s exciting for wildlife lovers. But their presence also creates a wildlife management challenge in urban areas because moose are so large and powerful and unpredictable. Worse, they are not afraid of humans.

So how do we peacefully coexist with these huge wild animals? First let’s look at their history.

Records dating to the 1850s indicate small numbers of moose wandered northern Colorado. But they were transient and never established a stable population. Hunters sporadically spotted and harvested a single moose before they disappeared altogether by the early 20th century.

Wildlife biologists and officers with CPW’s predecessor agency, the Division of Wildlife, in 1978 introduced the first dozen Shiras’ moose from Utah into Colorado’s North Park region near Walden. In 1979, another dozen from Wyoming were released in the same region.

I’m guessing they never dreamed we’d be talking about moose management on the Front Range just 42 years later. But our moose have spread out over the landscape in impressive fashion.

Our biologists tracked one cow moose, wearing a radio collar, as it migrated from the Fairplay area, through Hartsel, up and over Wilkerson Pass and then through Lake George. This cow ended up on the south side of Pikes Peak.

Clearly she wasn’t alone in her journey. In the last few years moose have been seen all over El Paso County. About three years ago a cow moose made her way all the way to Calhan. There isn’t very good moose habitat in Calhan, so CPW officers went to Calhan, found and darted her, and then moved her up into the mountains of Teller County.

In my patrol territory, I frequently get reports of moose on the Air Force Academy property and along the New Santa Fe Trail. There was a cow moose hanging out in the Black Forest area just east of Highway 83, and another seen off Highway 105 in Monument near the railroad trestle last year. Unfortunately, both were victims of car wrecks. And that’s part of the management challenge we face with moose in urban areas.

We expect more moose to move into the region. And we need to know how to stay safe and keep them safe and wild.

First, you need to recognize a moose and distinguish it from other big game like elk and deer:

Size — Moose are the state’s largest big game animal with adults weighing 800 to 1,200 pounds. Bulls stand up to 6 feet at the shoulder.

Coloring — Their rumps are brown, not white or cream colored as found on deer, elk and pronghorn. Their body hair is grizzled dark brown, appearing black at a distance, and they have white hair on the inside of their legs. Their thick coat enables them to stay warm in the coldest winters.

Shape — Their long head, overhanging snout and a pendulant flap of skin of varying sizes hanging from their throat (“bell”) give moose an unmistakable silhouette when observed in the wild. The bell varies in size and is much larger on bulls. Moose have long legs that make them look awkward and clumsy.

Antlers — Bull moose grow flattened, palmate antlers with points around the edge, reaching up to 5 feet wide in larger and older bulls. These antlers are shed in early winter and re-grown each year. Yearling bulls sport small spikes or small plates, with antlers increasing in size as the bulls mature. Antler conformation varies considerably, and it is not uncommon to see a bull moose, especially a younger bull moose, with antlers similar to those of an elk.

So what do you do if you get lucky enough to see one of these magnificent creatures in the woods? Well, it’s pretty simple.

Please keep your distance and tightly control your dog. Moose appear awkward, but they are not. Moose are large and powerful and can move with tremendous speed. Moose can also be very temperamental — especially cows with calves and bulls during the rut. And they don’t like dogs.

One main thing to do is to keep your eyes on a moose’s ears. The ears of a moose will tell a lot about how they feel. A moose will pin its ears back when it is upset and not comfortable. They will also pin their ears back before they charge.

Bear spray can be used as well. Unlike bears and lions, that are easily scared off by humans, moose are not afraid of us and they are not easily chased off.

That said, I hope you all get a chance to see a moose in the coming months or years. Moose are amazing and majestic creatures that I hope will make themselves more of a permanent fixture around our local area.

Corey Adler holds a degree in wildlife management from Virginia Tech. He works as a district wildlife manager for Colorado Parks and Wildlife in northwest El Paso County and Colorado Springs.