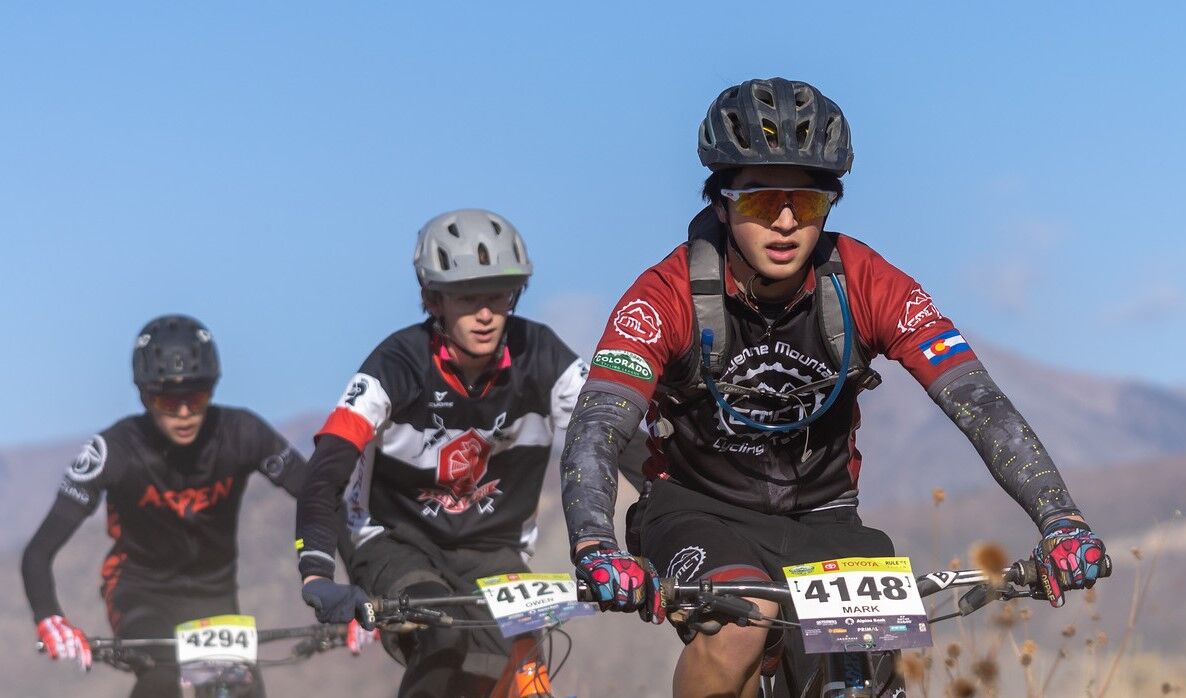 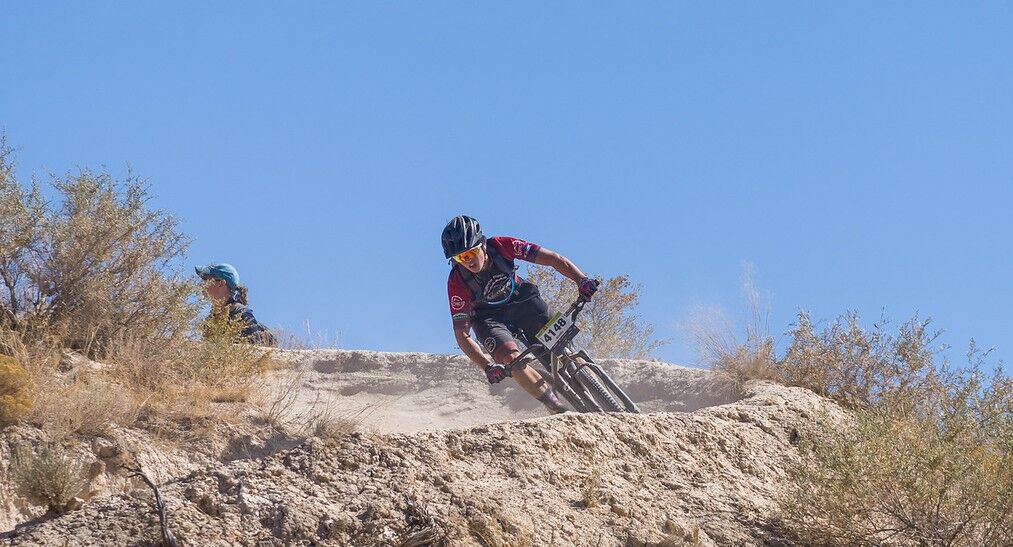 As the sun began to set on Sept. 15, about 60 members of the Cheyenne Mountain Cycling Team converged on Bear Creek Park after completing the first stage of a grueling “Monster Mileage.” Indians coach Doug Bursnall and several members of his coaching staff were among the riders who returned to the park after trekking anywhere between 21-28 miles over two hours that afternoon.

“Some of us headed up the Pikes Peak Greenway Trail, while others went on Gold Camp Road and east into Bear Creek,” Bursnall said. “We have eight groups within our team so that gave us lots of space to navigate the trails.”

Bursnall, along with his wife, Tricia, the team’s director, have helped the kids make the best of a tough situation this fall after the season was canceled due to concerns over the COVID-19 pandemic.

“Our season goes, in essence, from April 1 to Nov. 1,” Tricia said. “When it’s not COVID, we usually run three days a week in the fall with five races. But this season has been quite a bit different.”

With the postponement of so many fall sports, the Cheyenne Mountain Cycling Team actually gained members — mostly soccer and volleyball players — who were left with extra time on their hands.

“Last year we had 32 high school racers and this year we have almost 40 registered,” Tricia said. “We also have another 28 junior high kids registered. So, of course, we have a lot of coaches.”

Two weeks ago, the Indians competed in a short course challenge event that was staged in the backyard of a team supporter.

“We created the course ourselves,” Doug Bursnall said. “We highlighted cornering skills and flat-out speed.”

In a normal mountain bike racing season, upwards of 1,800 competitors throughout the state gather for each of the five races. That’s a lot of expensive aluminum, steel, titanium and carbon frames supported by 29-inch tires.

“It’s pretty incredible when you turn up for a race on league day,” Bursnall said. “The parking lot is filled with everything from a $1,000 to $1,500 bike all the way up to a $10,000 bike. It is really incredible what this league puts together.”

Among Cheyenne Mountain’s most experienced and top riders is junior Mark Turner. He will be competing in the elite Pikes Peak APEX Sept. 25-27. The race will bring many of the world’s top professional and amateur riders, of all ages, to the area.

The four-day stage race will take place at various locations throughout El Paso and Teller counties.

“It will be the longest race I’ve ever done,” Turner said. “I’ve never done a stage race before, so this should be a great challenge.”

Turner has been training harder in recent weeks in preparation of the APEX.

“I want to do well, but I’m doing this more for fun,” Turner said. “It will be fun to get out there and ride.”

Turner will be in the under 23 division.

“There will be a lot of fast riders, so I don’t think I’ll have that much of a chance against them, but we’ll see what happens,” Turner said.

One of Turner’s Cheyenne Mountain teammates, senior Carter Alanis, believes Turner can compete at a high level in the APEX.

“Since the start of the season I’ve watched Mark’s skills, especially his downhill skills, improve since last year,” Alanis said. “I think he’ll do well in the race, but I really hope he has a good time. Just to complete that race is a huge accomplishment.”

To find out more about the APEX, visit pikespeakapex.com.

To learn more about the Cheyenne Mountain team, visit cmhsmtb.teamapp.com.