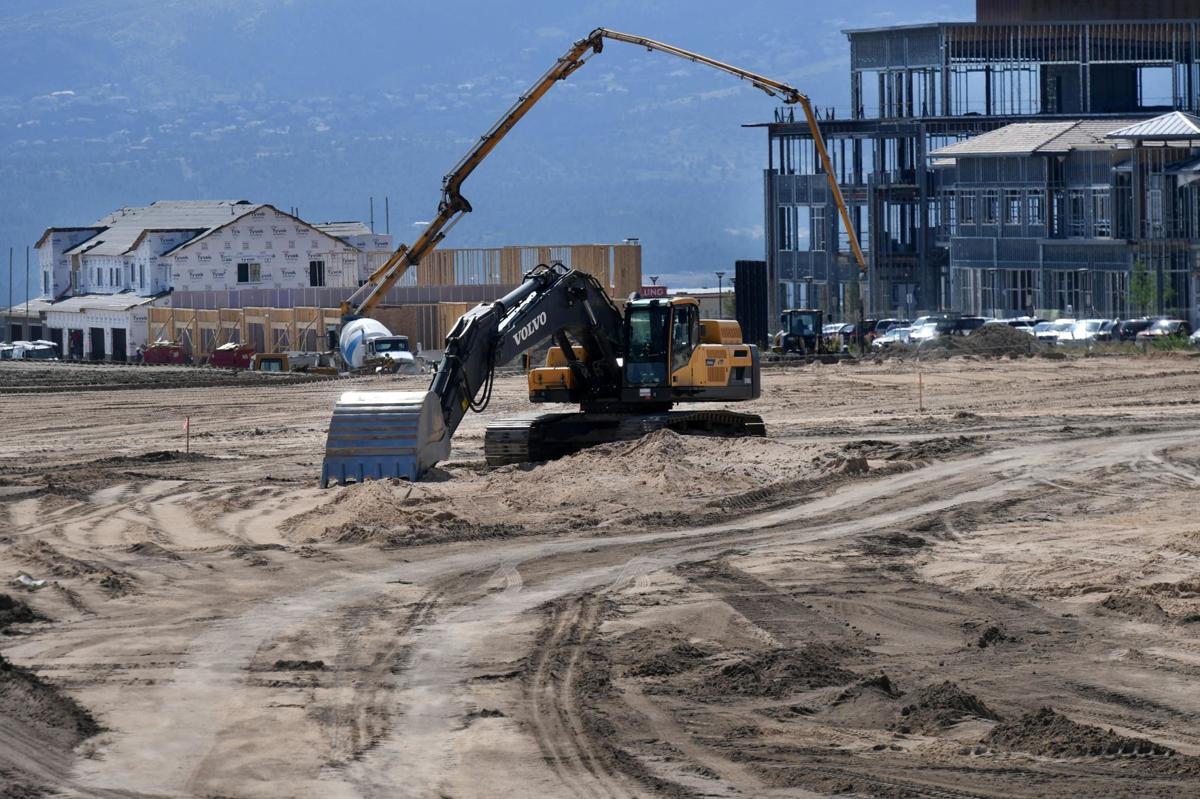 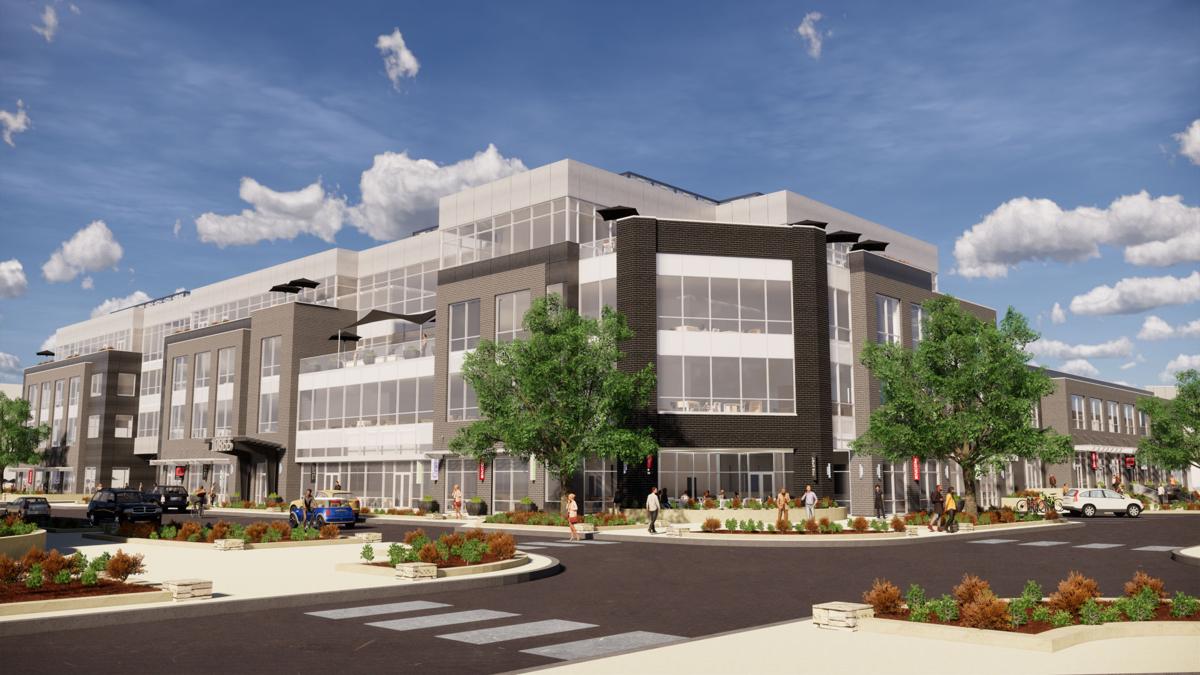 In-N-Out Burger has grabbed most of the headlines at Victory Ridge since announcing two years ago it would locate its Colorado regional headquarters and first restaurant at the mixed-use development in northern Colorado Springs.

Now, office, retail, entertainment and housing proposals are making news at Victory Ridge, whose developers are moving beyond the project’s troubled past under a previous owner.

The first signs of In-N-Out’s construction are underway at Victory Ridge; the California-based fast-food favorite recently began moving dirt and grading land for its distribution center, patty production plant and first restaurant that are slated to open next year.

The site preparation work follows In-N-Out’s November 2017 announcement that it would expand to Colorado and locate a regional headquarters in Colorado Springs at Victory Ridge. The sprawling mixed-use development covers 153 acres southeast of InterQuest and Voyager parkways, about a mile east of Interstate 25.

“Late 2020 continues to be our target for completion of the distribution center and opening of our first stores in Colorado,” Carl Arena, In-N-Out’s real estate and development vice president, said via email.

In-N-Out’s 100,000- square-foot distribution and production facilities will be built on Victory Ridge’s northeast side and will serve its Colorado restaurants — including a 4,772-square-foot location at InterQuest and Voyager that the chain says will be the first to open in the state. In-N-Out also plans a 150,000-square-foot office building at Victory Ridge in a future phase.

News media reports two years ago suggested In-N-Out could serve about 50 restaurants from its Colorado Springs facilities, whose north-side location close to I-25 would allow the chain to extend its reach north to Wyoming and south to New Mexico, commercial estate experts have said.

Still, Arena said in his email, “it would be premature to speculate” how many restaurants In-N-Out ultimately will open and operate in Colorado or adjoining states. He did acknowledge recent Denver news media reports that In-N-Out is considering a location near the Park Meadows Mall in Lone Tree.

Though In-N-Out’s construction in Colorado Springs is in its early stages, the activity is generating interest in Victory Ridge, said Otis Moore, a principal at Westside Investment Partners of suburban Denver and the project’s developer.

“Once you get people moving dirt on the site, that stirs an uptick with retailers,” Moore said. “They like to see something happening.”

It wasn’t that long ago that nothing was happening at Victory Ridge.

Launched more than a decade ago and originally called Colorado Crossing, the project was envisioned with 1.6 million square feet of stores, restaurants and offices, 1,600 residences and a 14-screen theater complex.

But Colorado Crossing’s developer fell into financial trouble and couldn’t pay more than $30 million to dozens of contractors and subcontractors. Work stopped in 2008, a handful of Colorado Crossing buildings were left unfinished and the project’s development company filed for bankruptcy in 2010.

After protracted legal proceedings and a takeover of the project by creditors, Westside Investment Partners paid $22.1 million for the property in October 2016 and renamed it Victory Ridge the next year.

Now that Colorado Springs’ economy has picked up steam and its population is surging, especially on the city’s north and northeast sides, Westside is seeing plenty of activity at Victory Ridge.

For its part, Westside plans to construct a 13,000-square-foot, multi-tenant building that’s expected to accommodate five retailers and restaurants, just south of In-N-Out’s eatery at InterQuest and Voyager, Moore said. The building will open about the same time as In-N-Out’s restaurant.

Westside also is completing public improvements at Victory Ridge to prepare the site for In-N-Out and other users, including stormwater, sidewalk and paving upgrades, Moore said.

A key addition to the site will be the installation of a traffic signal at InterQuest Parkway and Creek Bed Place on Victory Ridge’s north side.

But Victory Ridge won’t just be home to In-N-Out. Among other projects now taking shape:

The deal is expected to be completed in late October, said Brad Bird, a vice president with the Springs office of national real estate firm CBRE. Bird and CBRE’s John Marold are representing Westside in the buildings’ sale and marketing the properties.

The Carpathia-Mission Hill partnership plans to complete a four-story office building and a pair of two-story office and retail buildings that flank the Icon Cinemas movie theater complex that opened in late 2017, Bird said.

The Offices at Victory Ridge, as the three buildings will be called, will have a total of nearly 130,000 square feet. The four-story building will be primarily offices, with possible restaurant or retail uses on the first floor, Bird said. About 90 underground parking spaces also serve the building.

The two-story buildings on the east and west sides of the movie theaters will have first-floor retail and office and/or entertainment uses on the second floor, Bird said.

The buildings are expected to be completed in about a year, he said. Talks are underway with new and existing businesses that are looking to lease space at the four-story building, whose third and fourth floors will have west-facing balconies and patios with uninterrupted mountain views.

Victory Ridge and the larger InterQuest area stretching out from the Interquest-and-Voyager intersection are at the “epicenter of development” in Colorado Springs, Bird said.

“The momentum is unlike anything else we’ve seen,” he said.

When they’re developed, The Offices at Victory Ridge will stand on their own because of the pace of development taking place on the Springs’ far north side, Bird said. But In-N-Out will help put a spotlight on the project, he said.

“You can’t downplay the enormous impact that (In-N-Out) will have, both in terms of their retail store and the traffic,” Bird said. “We’re going to have people coming from Nebraska, for Pete’s sake, to go to In-N-Out. Just because it’s the newest store this far east. There’s almost a cult-following for them.

“But to have a company of that size and stature make that investment in our market, in this development and with that confidence in our labor pool, that can’t go understated,” Bird said. “That’s a huge win for the community.”

• National Healthcare Realty, a health care brokerage and development firm based in Denver, has contracted to purchase three parcels in Victory Ridge, where it plans a pair of 40,000-square-foot medical buildings and a wellness-oriented hotel, said president and CEO Jecoah Byrnes. The sites are along Voyager Parkway, south of Westside’s planned retail building.

Completion of the purchase and groundbreaking on the first building are targeted for the first quarter of next year, with construction to be finished in late 2020, Byrnes said.

The initial medical building is 60% pre-leased, he said. Health care experts who specialize in primary care, internal medicine and physical therapy are among the potential tenants. National Healthcare also is talking with users for the second building.

Victory Ridge also will have residences, where patients or even medical staffers might live, he said.

An EVEN hotel, an InterContinental Hotels Group brand that focuses on wellness-minded travelers, would be a third component of National Healthcare’s project at Victory Ridge, Byrnes said.

The hotel isn’t a done deal; National Healthcare continues to study the InterQuest market — how many hotels have opened or are planned and what room rates they can command, he said.

• Builder Lokal Homes of Englewood has started construction on a 221-unit townhome project. An initial building is targeted for completion by year’s end, according to a Lokal spokeswoman. The two- and three-bedroom townhomes will start at $289,990 and run to $317,990, although the prices are subject to change.

• New Mexico-based Icon Cinemas, which opened its movie theater complex two years ago with 14 screens, plans to add a 15th theater whose 106-foot tall screen will be the largest in Colorado.