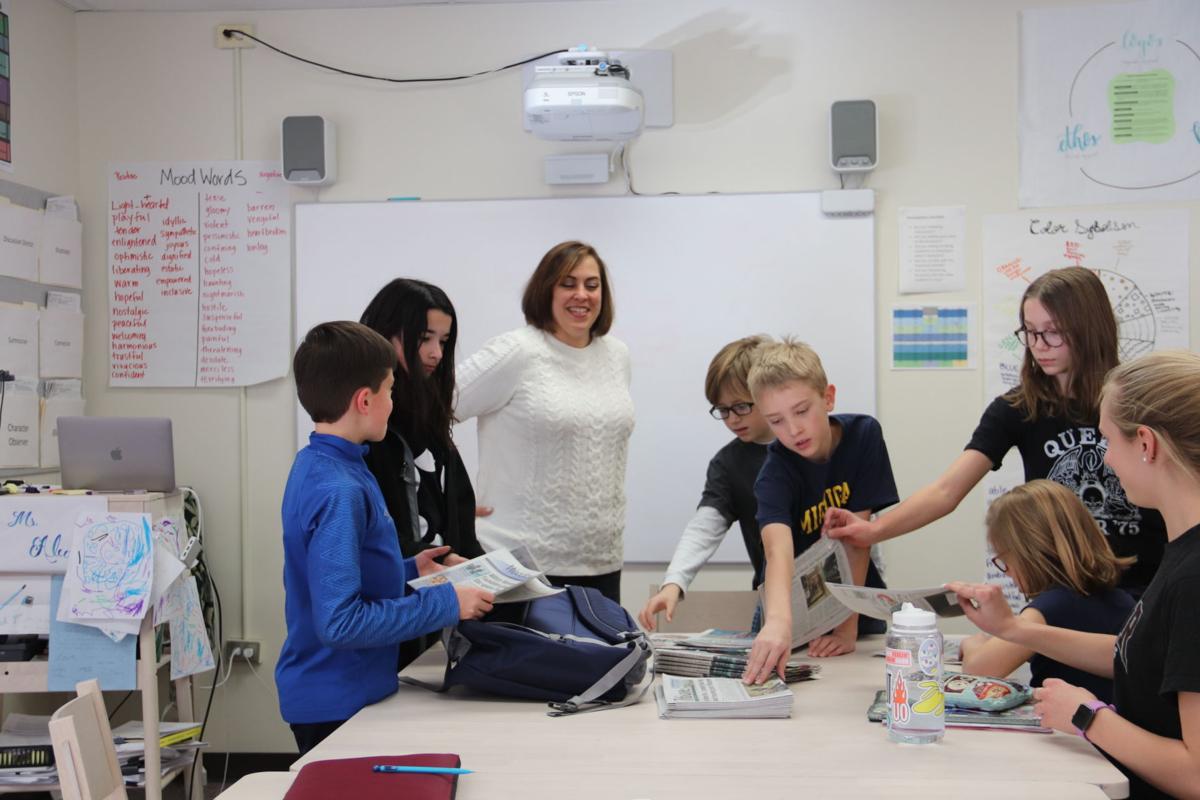 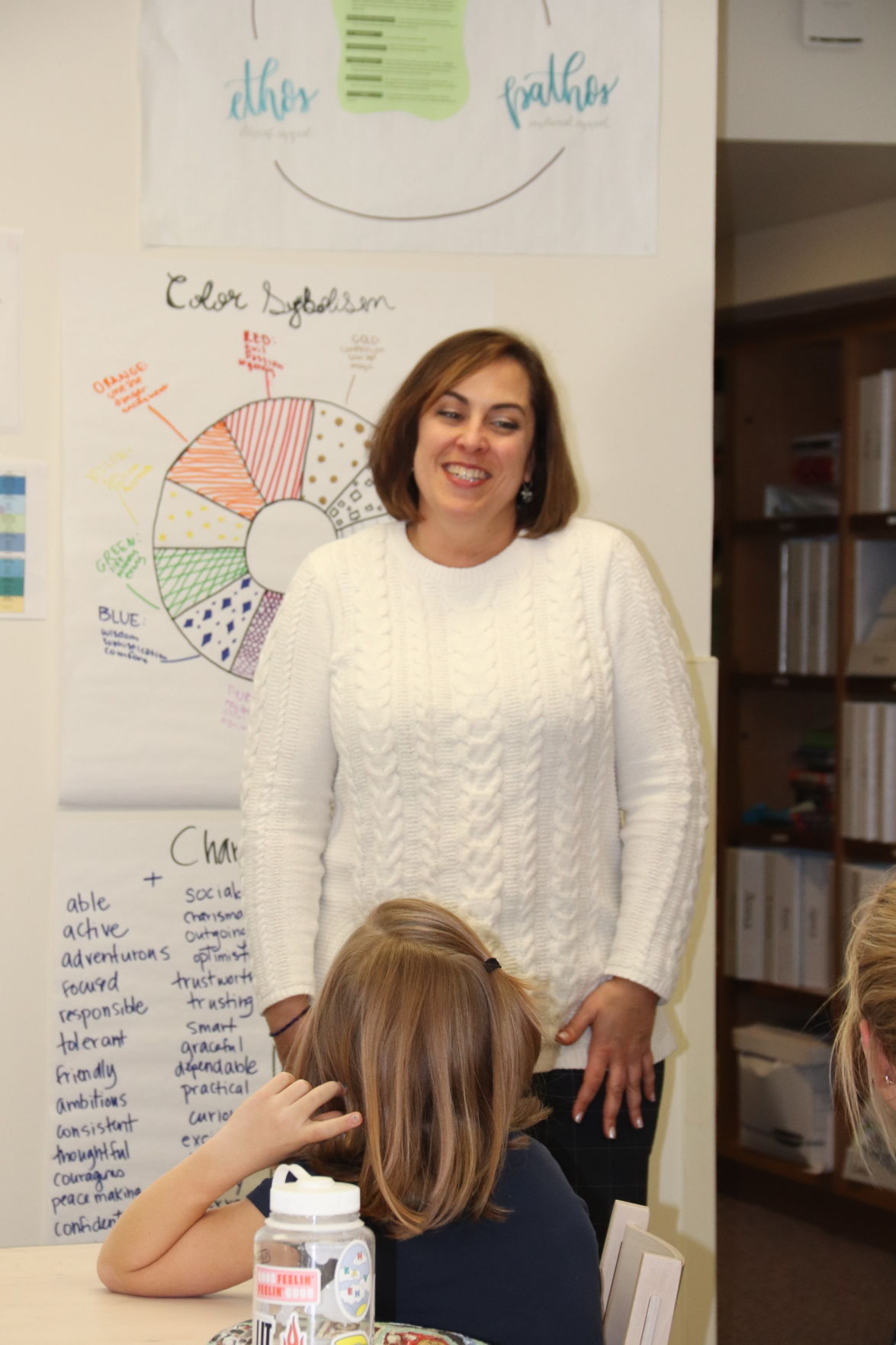 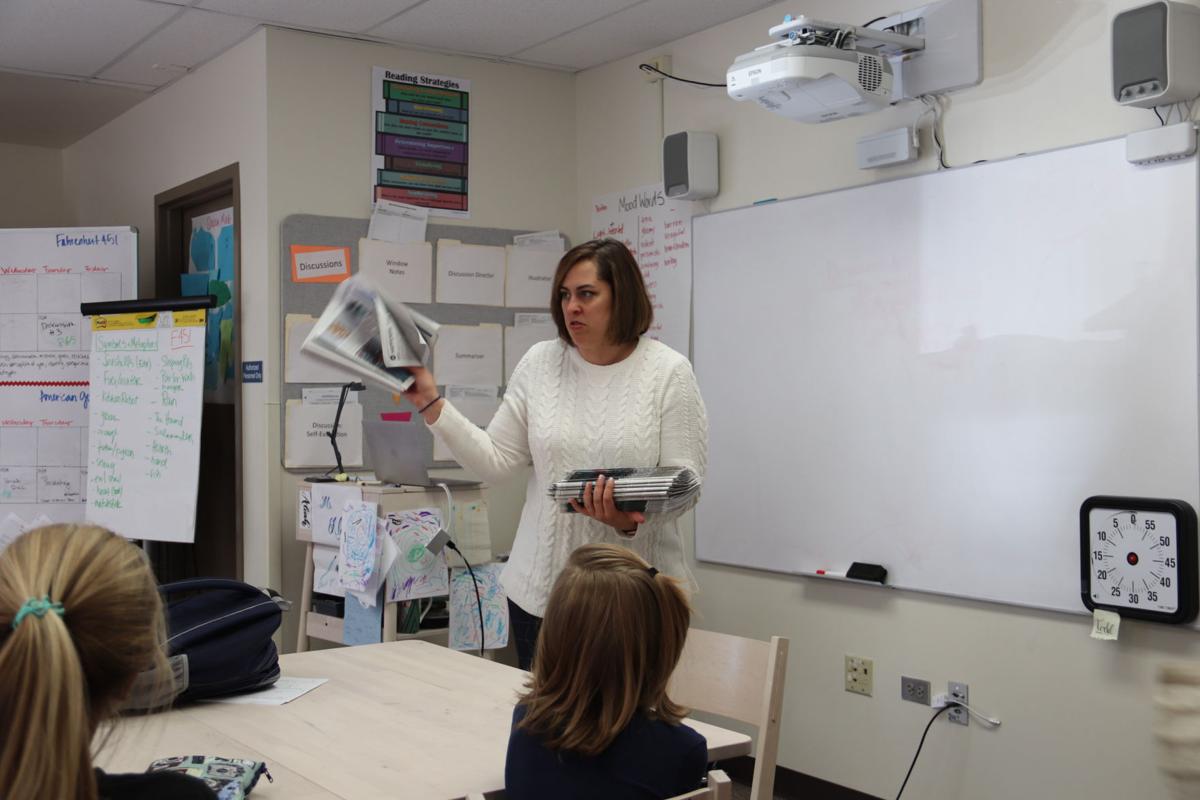 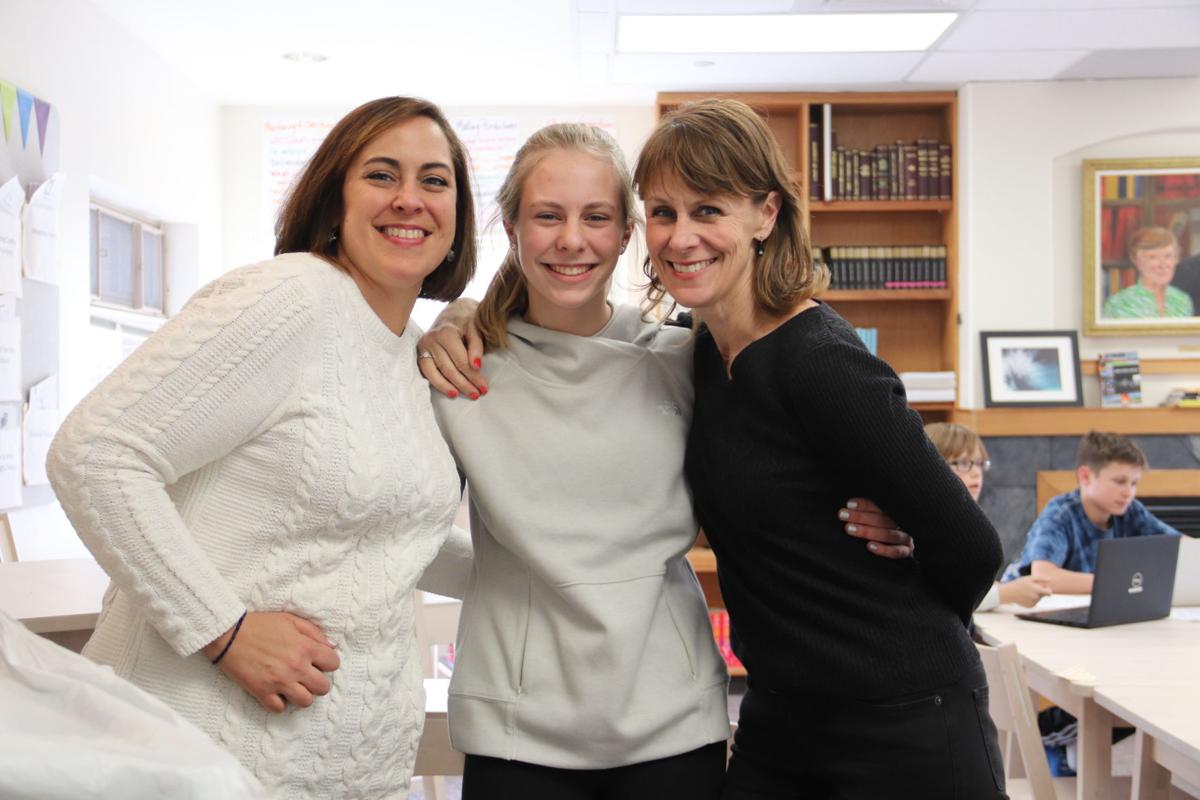 Last month my niece Sarah, an eighth-grader, asked me to speak to her school newspaper class.

Eighth grade is a much different animal than “back in my day.” The newspaper class is an elective for the upper-level students at her elementary/middle school, The Ricks Center for Gifted Children, in Denver.

I spoke to her sister Olivia’s eighth-grade class a few years back at the same school — she’s now a high school senior. This time, as with back then, the students were eager to hear the “news” about newspapers. They had just finished spending a month producing their own newspaper, the eight-page “Ricks Rundown.”

Each student in the class had taken on a different role. My niece reported on sports. Two fifth-grade students were co-editors. There were three photo/video editors, a total of 11 reporters, and three graphic designers. They also had a faculty advisor, English teacher Aleah Dacey.

This nearly quadruples my full-time staff for the four weekly Pikes Peak Newspapers!

Their teacher, Ms. Aleah, had spent some time as a freelancer during her college years, and knew the ropes.

Their paper is available digitally, but they went so far as to find a printer to create a print version. A student called around to different plants to get quotes. It turns out it’s pretty expensive to get just 100 copies of a paper printed.

I showed up in the classroom one Tuesday afternoon in mid-December with an armful of Cheyenne Editions, Woodmen Editions, Tribunes and Couriers — and a bag of Hershey’s Kisses, prepared to bribe them for asking questions.

However, I wasn’t prepared for their sheer interest, their insightful questions, the way the co-editors shared some of my own stresses and frustrations (writers who don’t complete assignments, missed deadlines, blown budgets, last-minute subtractions and additions).

“What’s the funniest mistake you’ve made in a headline?” asked the young copyeditor, known as the best speller in the class. He didn’t even need to use spellcheck when editing the Ricks Rundown stories. I told him headline mistakes aren’t funny. I’ve made them, I still make them. Not funny.

“What happens when you make a mistake? Do you run a correction?”

“How many people read your papers?”

“What’s the best way to end an opinion column?”

“How do you write a headline? A lede?”

“What do you do when a writer misses her deadline?”

“How do you come up with story ideas?”

“How do you know what questions to ask in an interview?”

All great questions! The 50-minute period flew by with me on the spot. I’d expected to talk for a few minutes about my journalism studies, my first job as a reporter, my first editorship, what brought me to Colorado … Blah, blah, blah ... then pass out some chocolates and be on my way. But their excitement caught me off guard. Not many people seem to get excited about newspapering anymore.

There simply haven’t been a lot of bright spots in the newspaper industry lately. It’s too often the “headlines” about the industry detail mergers, layoffs, papers cutting days of publication or closing, or hedge fund owners bleeding papers dry.

“America lost a quarter of its journalists from 2008 to 2018, the vast majority of them covering local issues, according to University of North Carolina professor Penny Muse Abernathy. Newsrooms lost at least 3,800 jobs in 2019 alone.” That was reported just last week in The Washington Post.

This year is my 21st as a journalist. It hasn’t been all roses. But I’m still here. I can’t say I chose to be a writer as much as it chose me. Becoming an editor was the next logical step.

Managing people (and personalities) is by far my biggest challenge. Followed by column-writing. Writing a news story is like a fun little diversion for me now.

But, I have to say, these kids, who had a fire lit under them to publish their newspaper (it pubbed the day after my talk), restored my dulled-down faith in my vocation.

What will newspapers be like in five years? 10? 50? Will print still be around? Will students still study journalism?

I don’t have those answers. The changes and advances in technology over the past two decades that I’ve been in the business have been frequent. It seems the community journalism approach of these weekly newspapers is still working well, at least in the Pikes Peak region.

Here in the “trenches” I try to roll with the punches. We are a merry/weary band of comrades, mostly working terrible hours for meager pay, sometimes breaking a big story, making deadlines, missing deadlines, making mistakes and correcting them, loving our jobs, hating our jobs, still feeling the thrill of getting our names in print.

The truth is the future of the industry is uncertain. These kids with a bug for writing, editing and designing are the future of this business, of all businesses. Their enthusiasm is refreshing and invigorating.

I am now part of “the old guard” in my newsroom and in the industry, but I still have hope for the future of news. If I didn’t, I wouldn’t be here.