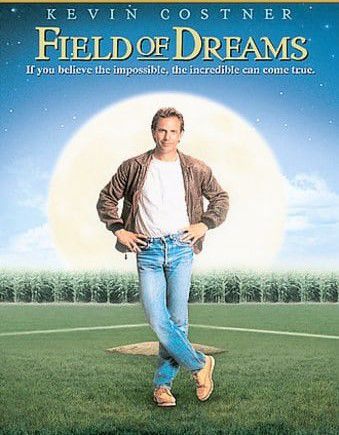 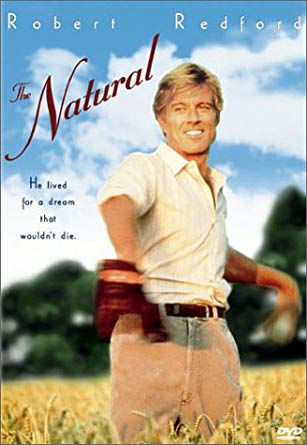 Major League Baseball’s regular season was supposed to have its opening day Thursday, March 26, but that spring rite of passage has been pushed back indefinitely due to the COVID-19 pandemic.

I had the draft for my main fantasy baseball league on March 15. Among the players I selected are New York Yankees shortstop Gleyber Torres, Kansas City Royals outfielder Jorge Soler and Tampa Bay Rays outfielder Austin Meadows. I hope they help win me another title once the season gets underway.

In the meantime, I am relegated to dreaming about the summer game, watching Ken Burns’ “Baseball” documentary, and HBO’s excellent series “When it was a Game.” I am also watching many of my favorite baseball movies.

• “Field of Dreams” from 1989. I think many of you would join me in giving this film two thumbs up. If you are not crying at the end of the movie when Kevin Costner’s character has a catch with his ghost dad, you probably have no pulse. Ray Liotta is the perfect “Shoeless” Joe Jackson and Burt Lancaster is wonderful as Achibald “Doc” “Moonlight” Graham.

• “The Natural,” starring Robert Redford as Roy Hobbs. This film came out in 1984 to much acclaim and did not disappoint. There is a character called “The Whammer” in the tradition of Babe Ruth whom Hobbs strikes out in the earlier stages of the movie. The movie’s ending is absolutely fantastic.

• “Pride of the Yankees,” the 1942 classic starring Gary Cooper as Lou Gehrig. Yes, it’s a corny movie by today’s film-making standards, and it has a lot of inaccuracies, but it portrays Gehrig as the genuinely good guy that he was. You will be crying during his “The Luckiest Man on the Face of the Earth” speech. Babe Ruth is in this movie quite a bit.

• “A League of Their Own,” starring Tom Hanks, Madonna, Rosie O’Donnell and Geena Davis. This 1992 flick is extremely sappy. I still cry every time I watch it.

• “The Sandlot” from 1993. I can’t get enough of this movie. It brings back memories of when I was a kid playing baseball in sandlots with my friends. A major theme in this movie is the youngsters trying to retrieve an autographed Babe Ruth baseball.

• “Eight Men Out” from 1988. There is a plenty of great baseball action with some solid actors like John Cusack and Charlie Sheen. I love seeing what Chicago might have looked like 100 years ago during the famed “Black Sox Scandal.”

• “Cobb,” starring Tommy Lee Jones. This 1994 film mostly looks at “The Georgia Peach’s” life 30 years after his retirement as a player. By all accounts, Cobb was probably as feisty as the movie portrays him.

• “The Jackie Robinson Story” from 1950. It stars Robinson himself. Yes, the acting is bad and the script is not very good. But what could be better than watching the actual Jackie Robinson on film?

• “The Scout.” This film came out in 1994 and stars Albert Brooks and Brendan Fraser. Brooks plays a demoted baseball scout that the Yankees send to Mexico as a form of punishment. He runs across Fraser, an excellent pitcher (fastball tops 100 mph) and an amazing batter (he hits 600-foot home runs). Spoiler alert: The movie climaxes with Fraser striking out all 27 St. Louis Cardinals batters on 81 pitches in the Game 1 of the World Series at Yankee Stadium.

• Tied for 10th are “Major League” and “Bull Durham.” I realize that many of you have these movies at the top of your lists. There is a lot of realism to these movies, especially when baseball was much less antiseptic than it is today.

I encourage you to get your fix of baseball by watching these great films. The diamond game will be back soon.