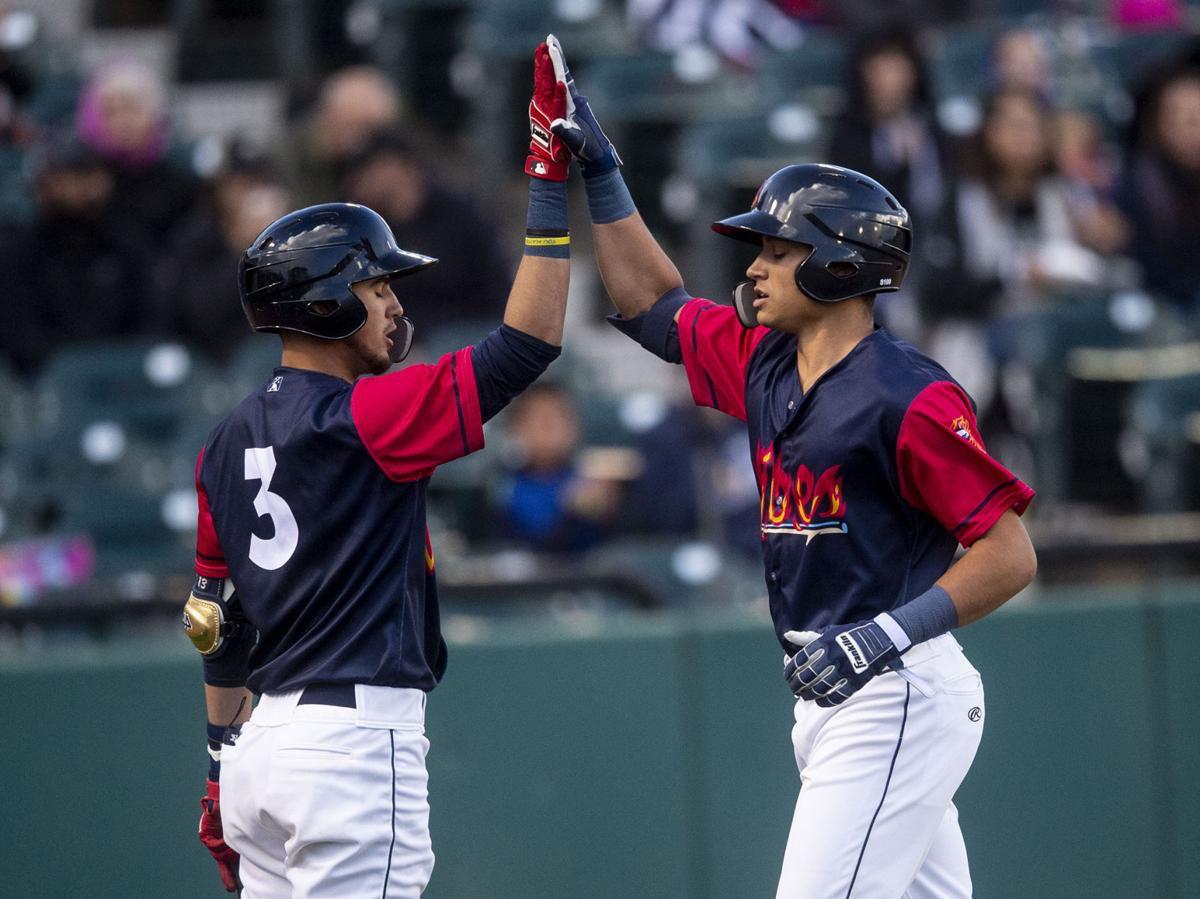 With its baseball games on hold, the Rocky Mountain Vibes will turn the giant video board inside UCHealth Park into a drive-in movie screen. (Chancey Bush/The Gazette)

With its baseball games on hold, the Rocky Mountain Vibes will turn the giant video board inside UCHealth Park into a drive-in movie screen. (Chancey Bush/The Gazette)

UCHealth Park will be the site for the affair that involves the two short-season rookie league teams. The game will be played Aug. 4.

Last year’s game was played in Boise, Idaho, and drew a crowd of 3,873 to Memorial Stadium. Phillips said he believes UCHealth Park will be jam-packed for next year’s Summer Classic.

Phillips’ pursuit of the all-star game coincides with an announcement by Major League Baseball earlier this month that it is considering a major overhaul of its agreement with Minor League Baseball. The radical plan could involve eliminating several rookie league teams, as well as well restructuring Triple-A back to three 10-team leagues.

Colorado Springs was home to Triple-A baseball from 1988 through 2018. The league expanded from 10 to 16 teams in 1998, when the former American Association folded.

The other 14 Triple-A teams are in the International League.

I find all of this compelling on a variety of levels. Mostly because I’ve known Sky Sox/Vibes owner Dave Elmore since 1996, and covered his Single-A team — Inland Empire 66ers — when I was in Southern California.

Elmore has owned minor league baseball teams for 50 years. He has been down this rocky minor league road before and he usually walks away the better. Hopefully, the City of Colorado Springs and its professional baseball team will also thrive during and after this time of uncertainty.

Elmore, along with his sons, DG and Doug, operates the Vibes under the umbrella of the Elmore Sports Group. They also own the Triple-A San Antonio Missions (formerly Sky Sox) and Double-A Amarillo Sod Poodles (formerly Missions) in the Texas League.

I would conservatively place the value of each of those franchises at $10 million (Vibes), $20 million (Sod Poodles) and $30 million (Missions).

Elmore has a unique situation with the Vibes in that he owns the stadium and parking lot as well as the concessions. Every hot dog and rubber snake sold at UCHealth Park helps line Elmore’s coffers.

Having known Elmore for so long, my feeling is there is no way he would go ahead with a plan by Major League Baseball to eliminate the Vibes without some major compensation. Much more than the $1 million Dr. Evil was seeking as part of his blackmail for not destroying the world.

Consider also how dozens in the community would be financially hurt if the Vibes were to go away. A lot of full-time staff would be out of work, as well as numerous game-day employees. The City would lose tax revenue. Local businesses would also suffer. And the list goes on.

Those within baseball would also be affected, from managers and coaches to umpires to scouts.

On Oct. 23, I was at UCHealth Park as part of the Vibes’ inaugural Fall Classic Party. I sat at a table with Freddy Whitacre, the first-ever general manager of the Sky Sox. He relocated the franchise from Hawaii after the 1987 season and has known Elmore for 40-plus years.

“This is just the first shot in a decades-long battle,” Whitacre told me speaking about Major League Baseball’s tentative restructuring plan. “This is not going to be decided anytime soon.”

In the meantime, much will be written and much will be said about this subject over the coming months and years. I encourage you to pay as little attention to it as possible and just enjoy your time at the ballpark whenever you are fortunate to get to a game.