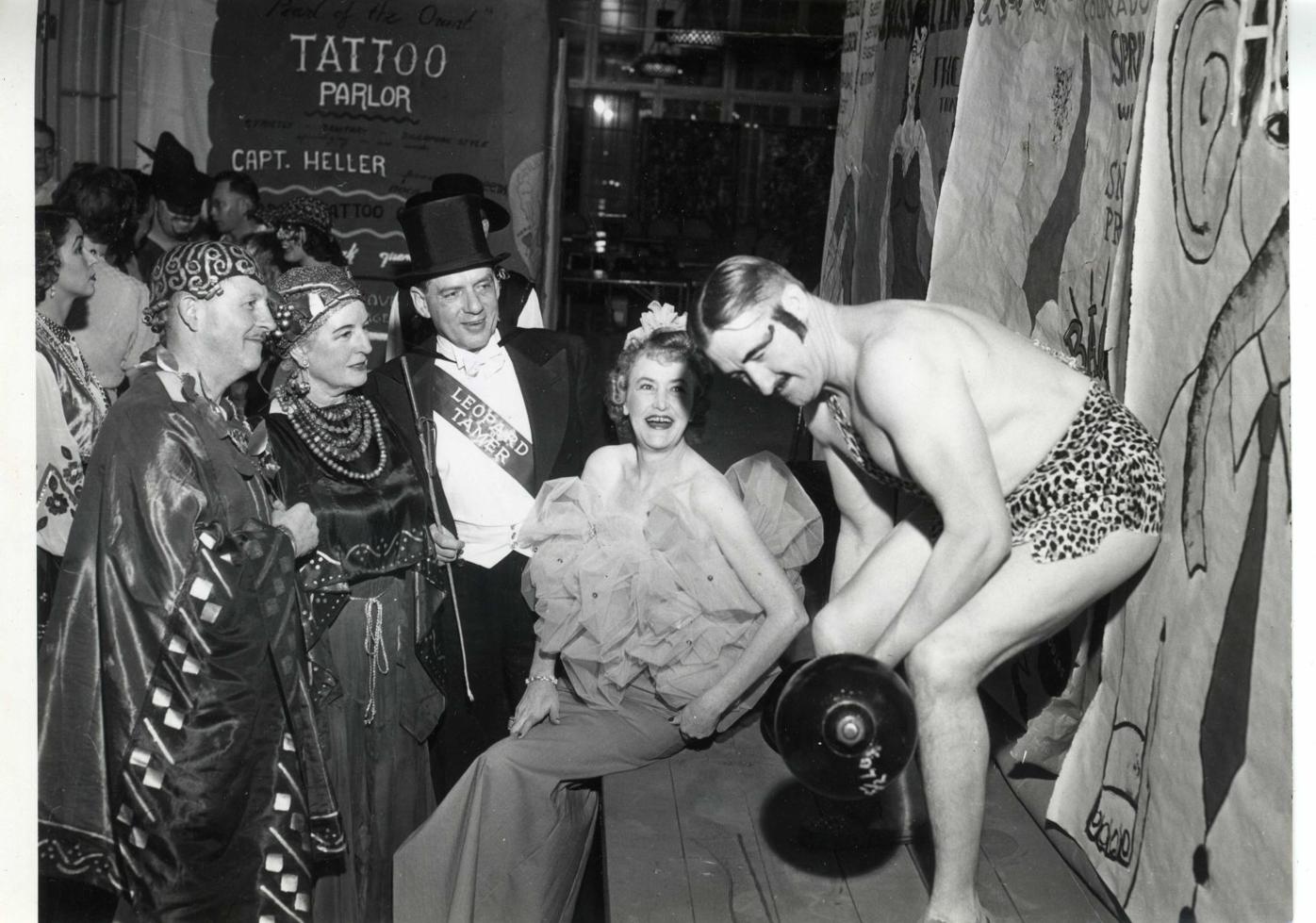 A “Strong Man” shows off for guests at the Circus Ball held on Valentine’s Day in 1953 at the Broadmoor Hotel. 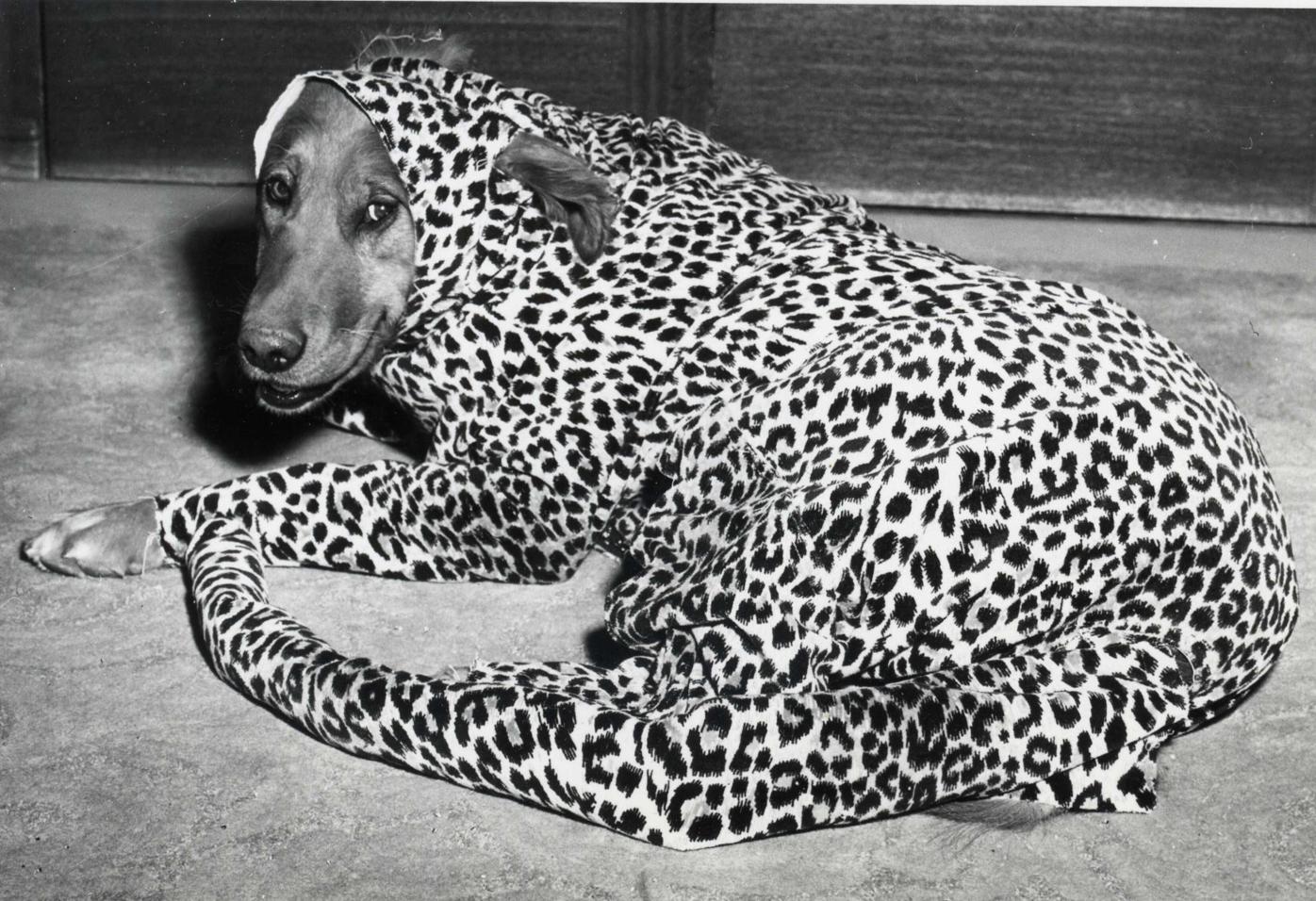 A dog is pictured in a leopard costume at the Circus Ball held Feb. 14, 1953, at the Broadmoor Hotel. 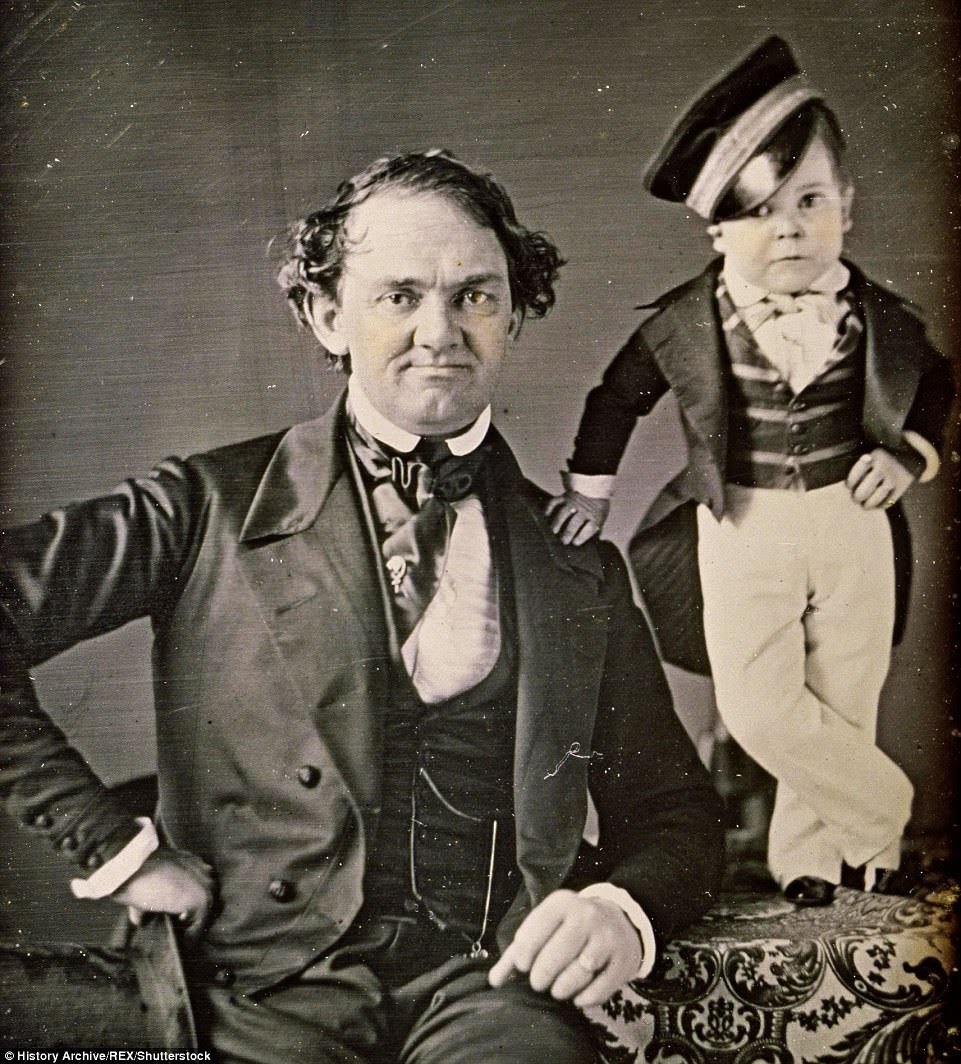 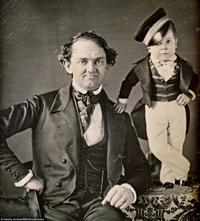 P.T. Barnum, left, is pictured with Charles Stratton, known as “General Tom Thumb,” who was one of Barnum’s “main attractions.” 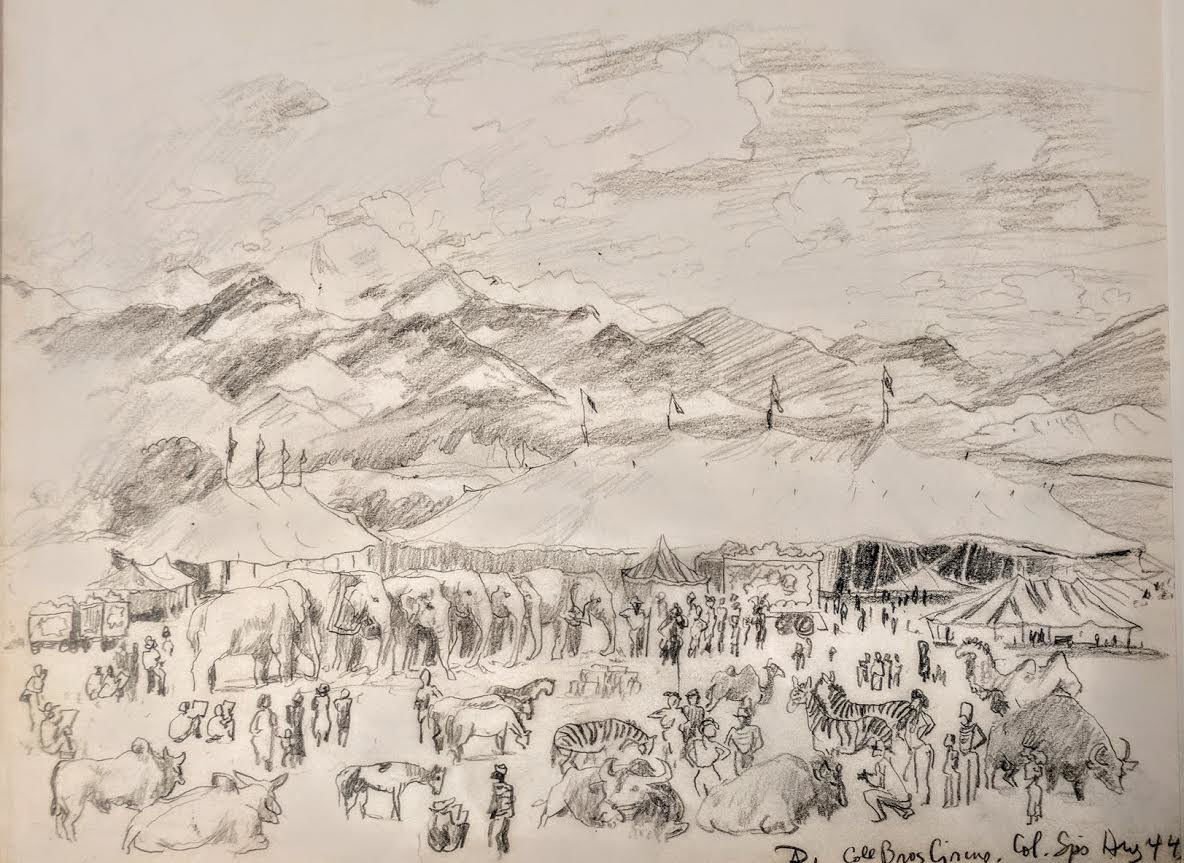 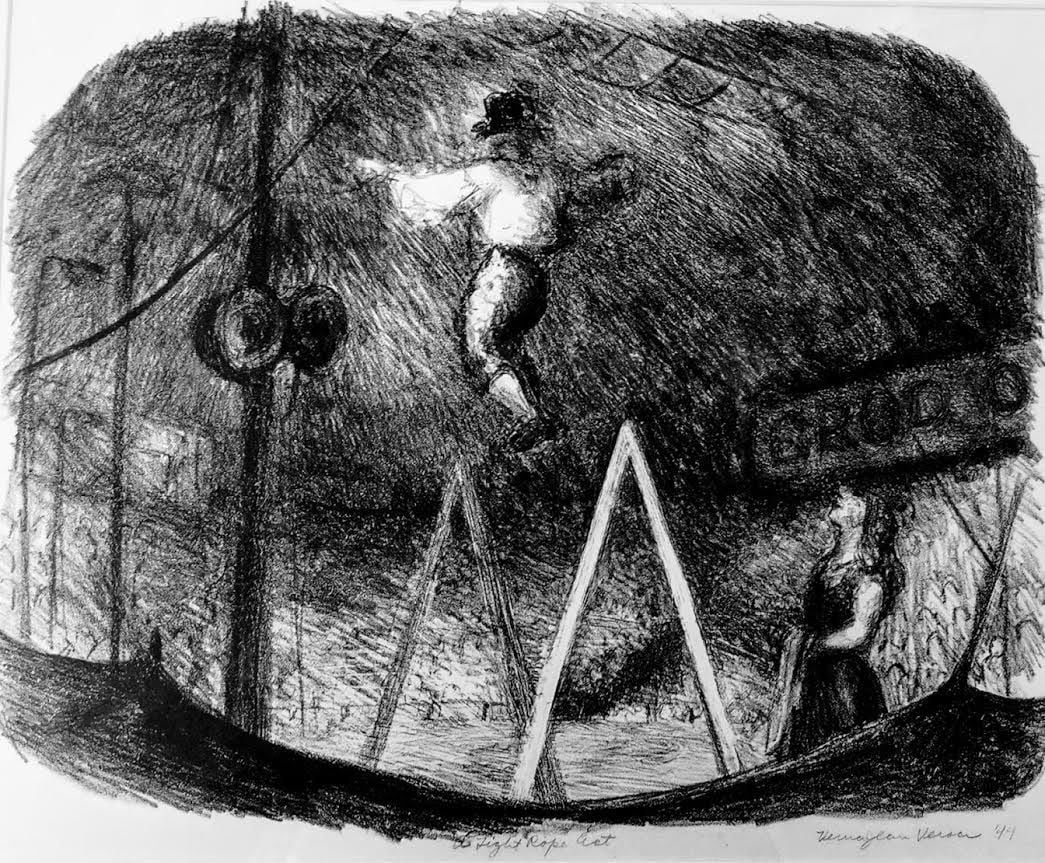 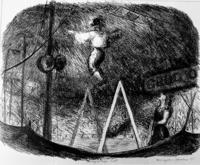 A “Strong Man” shows off for guests at the Circus Ball held on Valentine’s Day in 1953 at the Broadmoor Hotel.

A dog is pictured in a leopard costume at the Circus Ball held Feb. 14, 1953, at the Broadmoor Hotel.

P.T. Barnum, left, is pictured with Charles Stratton, known as “General Tom Thumb,” who was one of Barnum’s “main attractions.”

In the 19th and 20th centuries, the circus was the height of American entertainment, and Phineas Taylor “P.T.” Barnum was its king.

As it turns out, Colorado Springs has its own connection to the circus days of nearly a century ago, and to celebrate, the Fine Arts Center Theatre Company will present its newest musical theater production, “Barnum,” which opens Thursday and runs through June 16.

Throughout 2019, the Colorado Springs Fine Arts Center (FAC) is celebrating its 100th anniversary with exhibits and events that honor the role it has played in the history of Colorado Springs, including In 1953 and 1954, FAC participated in Circus Balls held at the Broadmoor Hotel. Iconic magazine Life featured the ball that was held on Valentine’s Day in 1953, the story focusing on FAC’s role as a mecca of arts in the American West.

Blake Wilson, owner of the Art Bank, 610 N. Tejon St., added perspective to the history of the importance of the circus world in the Colorado Springs arts community:

“In the 1930s and ’40s, it was a major event when the circus train would roll into town. Students and teachers from the Broadmoor Art Academy (later the Colorado Springs Fine Arts Center) would rush to the circus grounds to create sketches, sculptures and paintings using the animals and performers as their subjects. Artists would even depict themselves as circus performers. It was an opportunity to use subjects other than mountains, and collectors eagerly acquired these whimsical works of art.”

The Circus Balls not only raised awareness of the esteemed place FAC held in the art world, but they also raised scholarship funds. This tradition of furthering the local arts scene and art education and philanthropy has continued into the 21st century, along with the legend of one of the circus world’s earliest leaders.

According to “Barnum” director, Scott Levy, P.T. Barnum was somewhat of a nearly god-like mystery.

“He exists in the play as a mythological figure rather than the 100 percent truth of who he actually was,” said Levy, who added that Barnum wrote autobiographies, aggrandizing the superlatives of his life, attracting immense popularity through alleged untruths and flim-flam.

The high-energy musical play, written by Cy Coleman, presents Barnum’s spectacular version of himself, telling little untruths to entertain the public and widen their eyes. He was the original ringleader of them all, and even performs during the play walking a tightrope while belting out a song. The set emulates the thrill and excitement of attending a circus under the big top, as circus performers tumble and fly through the air and execute amazing juggling feats.

P.T. Barnum was much more than the originator of the extravaganza of the three-ring circus. He also popularized concerts by prominent entertainers such as Jenny Lind and promoted his New York museum that could be likened to present day Ripley’s Believe It or Not! museums. And, of course, no one could discount the popularity of his ability to draw the public into both false tales and so-called “freak-show” attractions. These included hoodwinking the public into believing in the existence of a 161-year-old woman who had been a nurse to Gen. George Washington. The public was also mesmerized by authentic oddities like dwarf “Tom Thumb,” the bearded lady, Siamese twins, and the “human skeleton.”

“Barnum” opens at 7:30 p.m. Thursday and is recommended for those 8 and older. Come early to enjoy a slideshow of Barnum’s life, sleight-of-hand tricks and an exhibition display of Barnum’s world-famous museum. Shows will be at 7 p.m. Wednesdays, 7:30 p.m. Thursdays and Fridays, 5 and 7:30 p.m. Saturdays, and 2 p.m. Sundays.

For more information, go to fac.coloradocollege.edu/theatre-events/barnum.