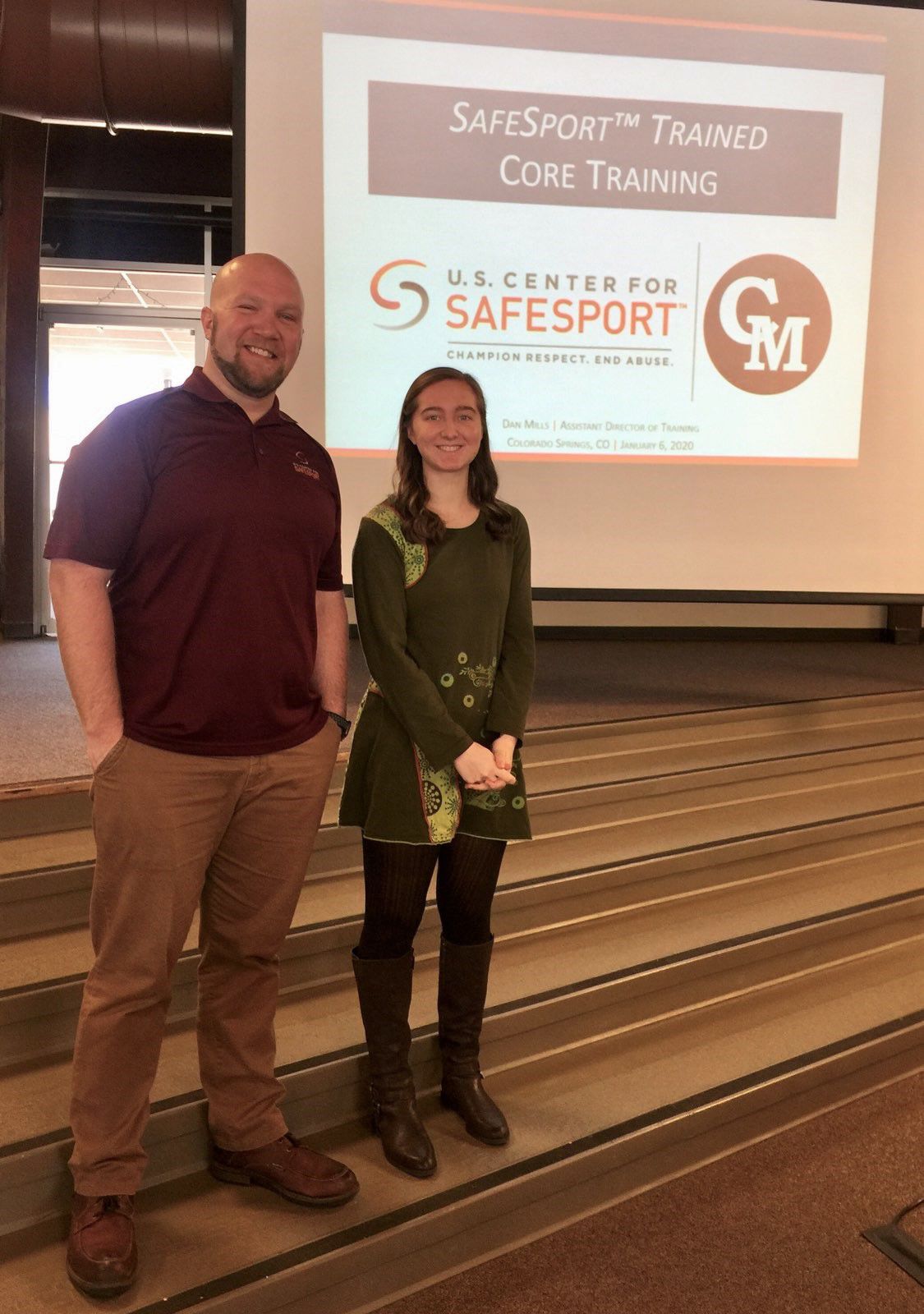 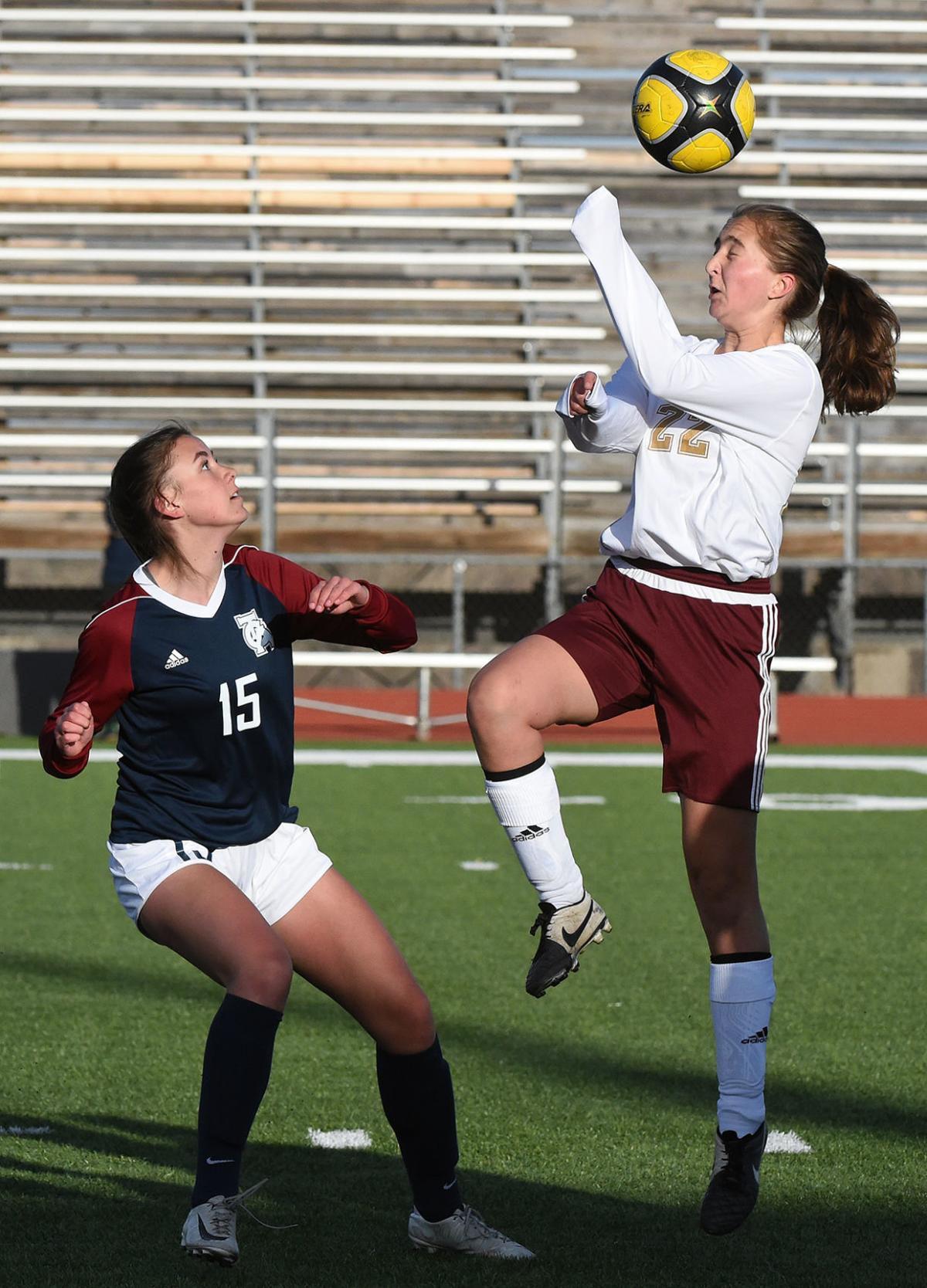 Cheyenne Mountain High School senior Caroline McCleary is a student-athlete with a passion to help everyone around become a better person.

On Jan. 6, her two-year project of getting SafeSport training and education into the school came to fulfillment when she introduced the program to about 30 head coaches.

“This makes sure our coaches are protected and our athletes are protected,” said McCleary, who has a weighted 4.25 GPA and is a two-year starter on the school’s soccer team. “I am very happy to see this finally come to fruition.”

The Denver-based U.S. Center for SafeSport is a nonprofit focused on “ending all forms of abuse in sport.” The organization’s website says it is federally authorized under the Protecting Young Victims from Sexual Abuse and Safe Sport Authorization Act of 2017.

“We already have 40% of our coaches trained,” Roberts said. “The rest will get trained through the course work online by the start of spring sports.”

McCleary worked closely with Dan Mills, SafeSport’s assistant director of training, to bring the training to Cheyenne Mountain. She introduced him to the school’s coaches prior to the three-hour training session.

“This all started with random dinner-table talk two years ago,” McCleary said. “I know kids who have experienced misconduct by coaches. I did research on Safesport and approached them. They eventually asked me to be on their youth advisory board.”

McCleary believes most coaches do an excellent job of communicating and working with athletes in a healthy way. She hopes the SafeSport training will bring even more awareness to them.

“The coaches will know where the boundaries lie,” she said. “Coaches are not trying to be bad people. Sometimes they just don’t know.”

“I had no idea this training existed,” Athey said. “There are a lot of aspects of coaching that we as coaches don’t always think about; hazing, bullying. I do think coaches turn a blind eye sometimes. Awareness is good and this training reinforces that we should pay better attention to some of these actions.”

Athey coached the Indians to the state championship in her first year at the helm. McCleary, a defender, established herself as a team leader on and off the field.

“She’s got it, for sure,” Athey said of McCleary. “She’s striving to be the best she can at whatever she does. She’s showing strong leadership qualities.”

Roberts praised McCleary for being “an agent for change.”

“You look at her passion and drive and desire for helping others and that’s something to be admired,” Roberts said.

McCleary is a three-year letter winner in soccer and hopes to walk on at the University of Chicago next fall. Her priority on the pitch, however, is to help the Indians repeat as state champs.

“Last year was really exciting and unexpected,” McCleary said. “To win the state championship as a No. 21 seed was amazing.

“At the beginning of the season when we were 0-4 we weren’t even expecting to make the playoffs. But as the season went along we started believing in ourselves more and when we were winning playoff games the confidence kept building.”

McCleary broke her ankle a couple of months ago playing for her Rush Pikes Peak club team. She expects to be back at full strength the first official day of high school practice on March 2.