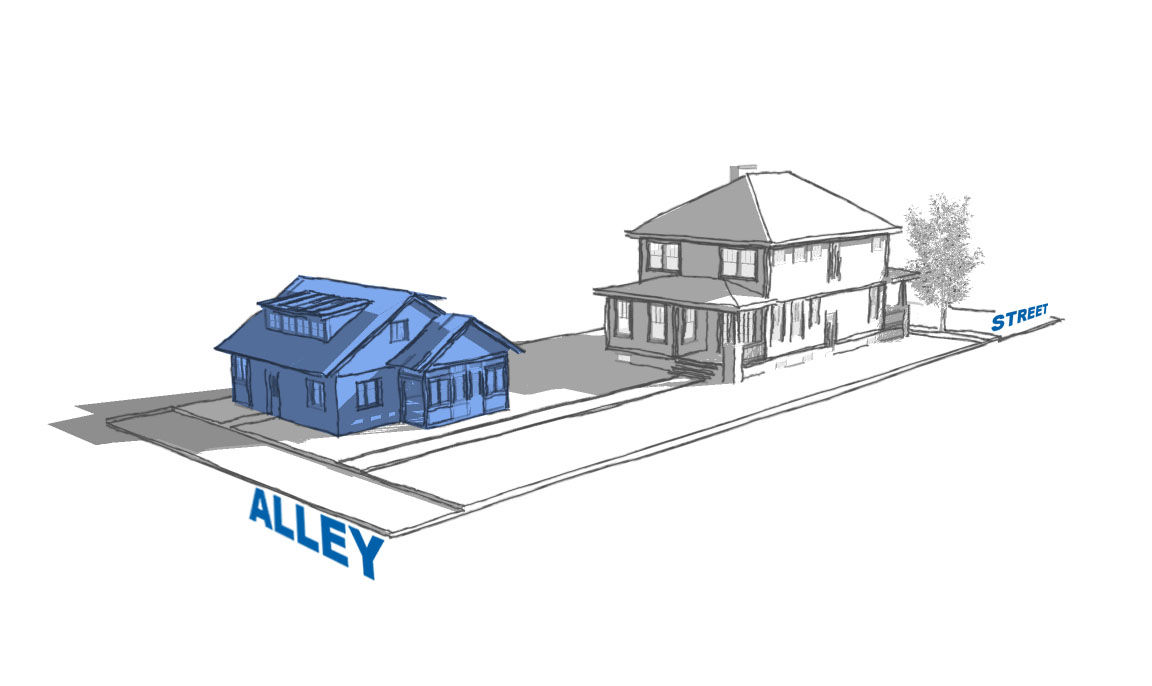 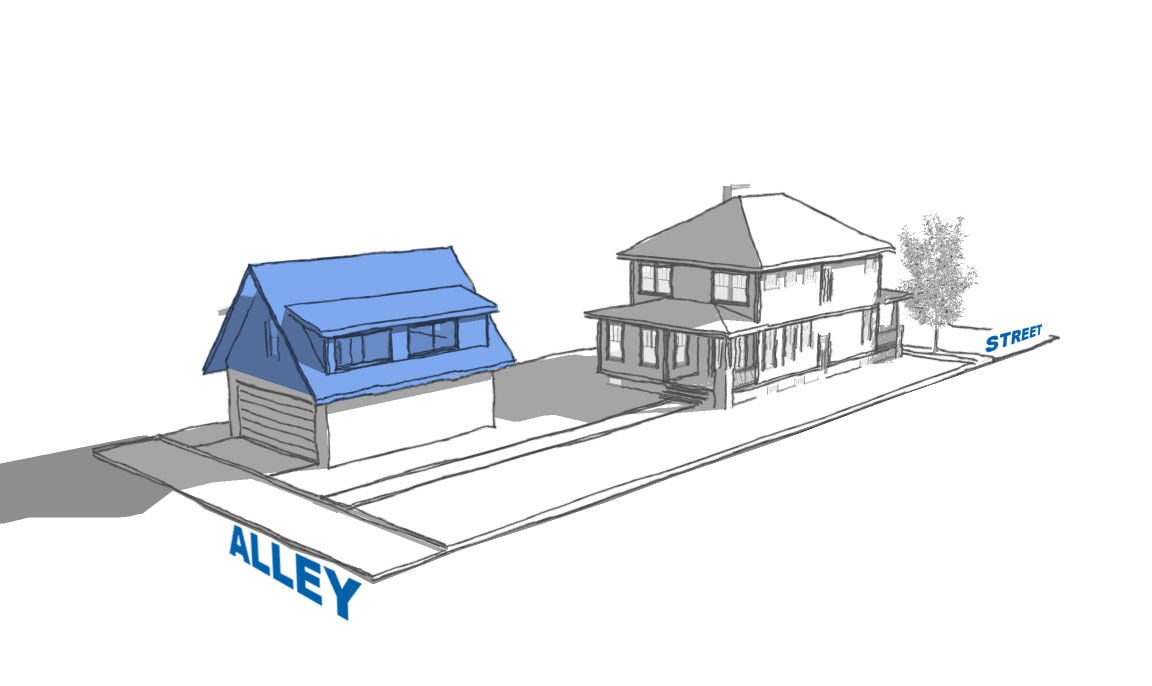 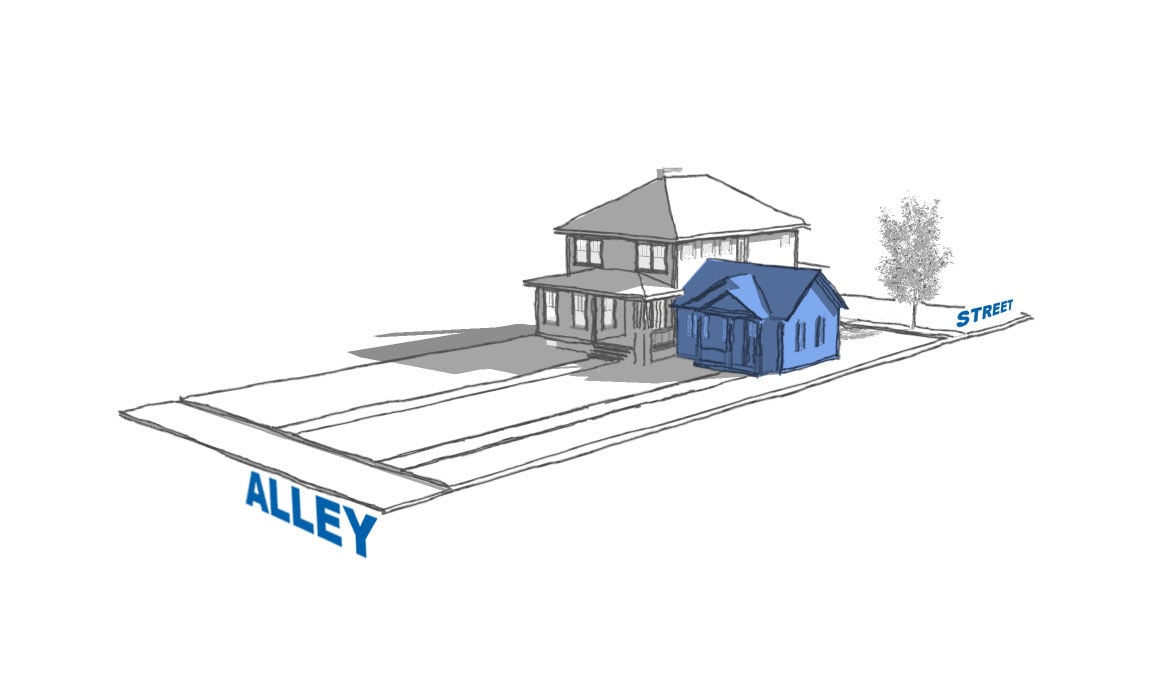 An integrated addition accessory dwelling unit attached to a home. 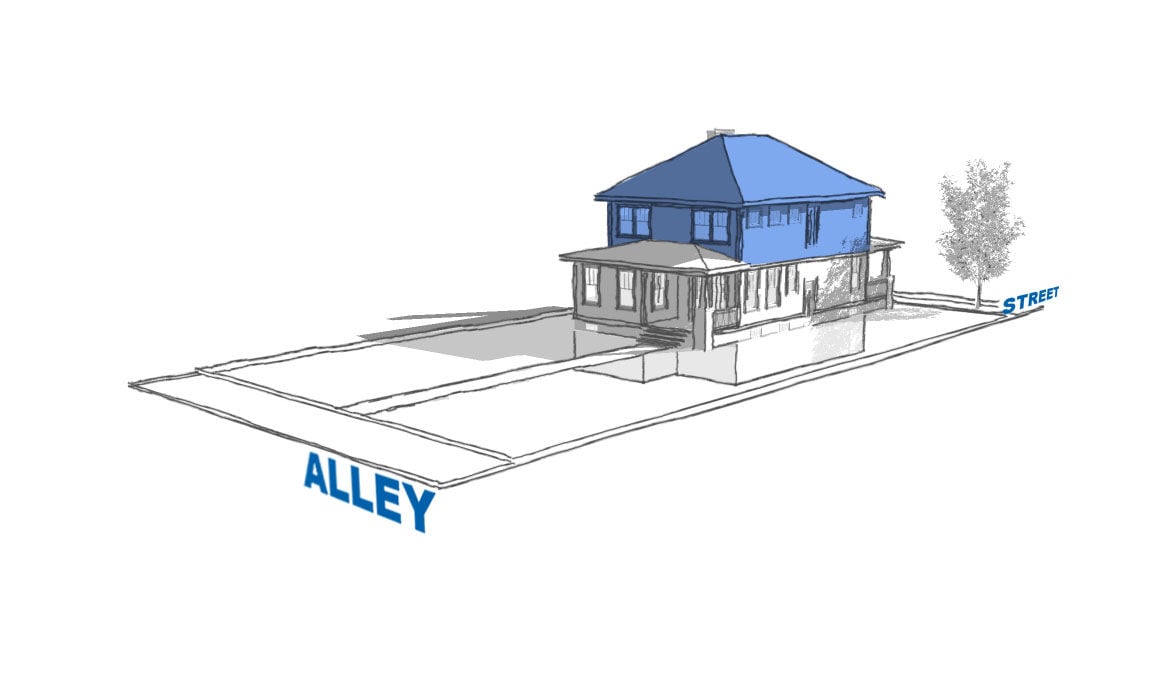 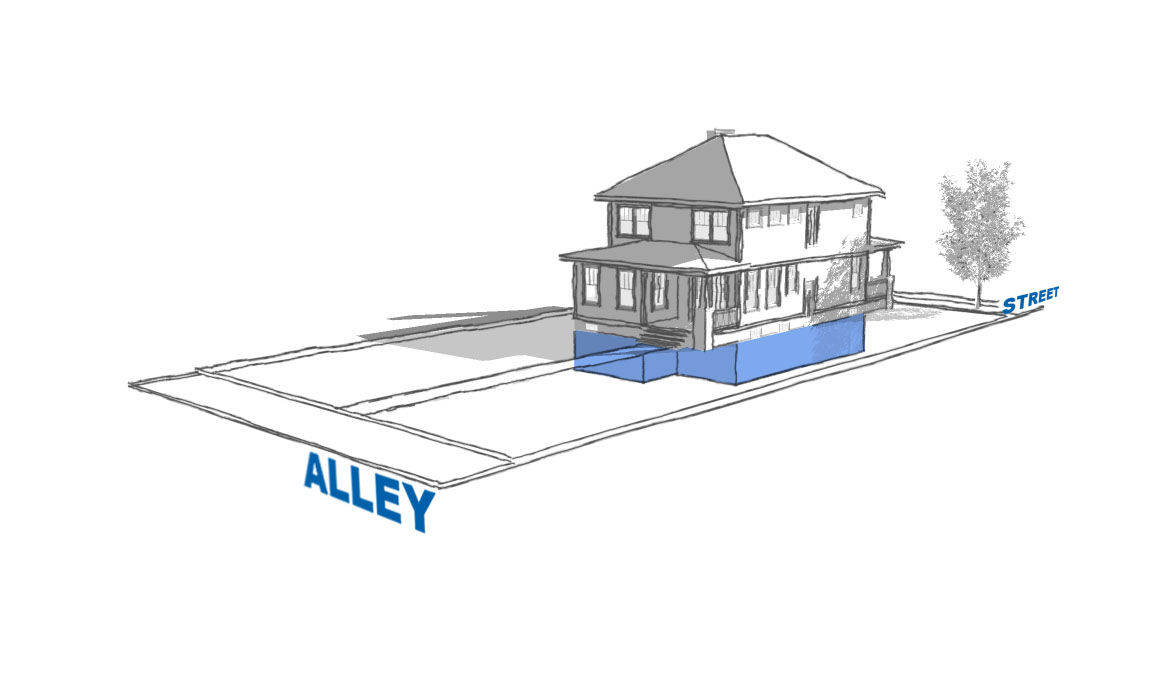 An integrated basement accessory dwelling unit beneath a home. The Colorado Springs City Council is considering a plan that would allow homeowners single family neighborhoods to build apartments, or family suites, in their homes for family members or renters as long as the people living in the home continued to meet the definition of a family. A family includes people who are related and up to five unrelated people.

An integrated addition accessory dwelling unit attached to a home.

An integrated basement accessory dwelling unit beneath a home. The Colorado Springs City Council is considering a plan that would allow homeowners single family neighborhoods to build apartments, or family suites, in their homes for family members or renters as long as the people living in the home continued to meet the definition of a family. A family includes people who are related and up to five unrelated people.

Concerned Cheyenne Mountain residents showed up for a town hall meeting May 21 at City Hall about a proposed ordinance regarding Accessory Dwelling Units (ADUs) in Colorado Springs. But due to a communication error, the meeting was never officially scheduled and did not happen. It was postponed to a later, undetermined date.

“Right now, the Planning Department is working on the draft with some guidance from Council,” said Ted Skroback, communications specialist for the City of Colorado Springs. “There will be two future work sessions where Council will discuss this, and then we will have plenty of public response time ... . When we do have a public meeting, it will be sent to press, social media and our website.”

ADUs are smaller, secondary dwellings that can be built on a homeowner’s property or expansions of existing houses, like an attic, basement or ground-level addition. ADUs can be rented, long or short term, or subdivided and sold. Local homeowners are concerned an increase in these dwellings might threaten the quality of life in their neighborhoods.

Cheyenne Mountain homeowner Wes Karchut showed up for last week’s Town Hall meeting, but said he was somewhat glad the meeting was postponed. Proponents of the ordinance were seeking approval by the end of May, and the delays could allow City Council more time to review the proposed ordinance in more detail and consider rewrites.

The City is proposing a change in ordinance to expand the use of ADUs, particularly to single-family residential zoned areas.

According to the City’s website, Colorado Springs “has allowed ADUs in much of the city since 2003, though relegated to zone districts (Residential 2 zones) that allow more than one dwelling unit on a property.” These Residential 2 (R2) zoned areas in Colorado Springs allow for rentals and duplexes. Homes in Ivywild, Skyway and Broadmoor neighborhoods are zoned to Residential 1 (R1) and would be affected by the ordinance if it is approved. According to Karchut, R1 neighborhoods — like many of those in the Cheyenne Mountain area — are more stable and quiet places to live with nicer architecture.

The City is proposing to allow this type of housing throughout Colorado Springs “because the need to provide housing to aging parents, dependent or disabled adult children or other family members should not be limited those within the allowed zone districts,” it claims on its website, which goes on to say the City’s hope is that “expanding the use of ADUs in single-family zoned neighborhoods will give property owners in all residential zone districts the same opportunity to provide accessible, and semi-independent, housing for family members or as an investment in the property.” The ordinance will also loosen some strict requirements now applied to ADUs in multi-family zone districts.

Last fall, a controversial ordinance was passed to regulate short-term vacation rentals (STRs) throughout Colorado Springs. According to a Sept. 26 Edition article, 25 citizens testified in front of the City’s Planning Commission about the ordinance. The hearing resulted in a split vote from the Planning Commission, but the City Council voted Oct. 23 to approve the ordinance, including a no cap on permits, a highly controversial suggestion supported by citizens who argue that short-short term rentals are a detriment to the city. However, STRs and ADUs certainly doesn’t seem to be leaving the party anytime soon. This spring, Marriott International launched a home-rental program in an effort to compete with the likes of Airbnb and VRBO. Via Homes & Villas by Marriott International, guests can book stays at residences throughout the U.S., Europe, the Caribbean and Latin America.

Neighborhoods with homeowners associations can opt to exclude ADUs in their covenants, though they must specifically state that ADUs are not allowed. According to Karchut, the fear is that since many local HOAs were formed in the 1950s and operate with minimal management, trying to get everyone together to agree on new rules can be a challenge, and HOA managers might not be aware of the needed language in their covenants.

Skyway Association representative Leigh Westin said the association’s covenants clearly state there can only be one dwelling on each property and commercial enterprises are not allowed. However, Westin and many of her neighbors are worried about nearby communities with ADUs and their lending to an increase in traffic, noise, construction, and the loss of scenic views. Westin said this “densification” could ruin their quiet community in the Cheyenne Mountain area.

Karchut said he also worries local neighborhoods will deteriorate as they are taken over by transient, short-term renters versus long-term residents and homeowners. In the Cheyenne Cañon neighborhood, for example, an increasing number of homes have been converted to short-term rentals; a quick search on Airbnb or VRBO shows dozens of homes, cottages and rooms listed in the neighborhood. For a large group, sharing the daily rental cost of a house can actually cost significantly less than traditional hotel rooms, making it an attractive option for the more than 1 million annual visitors to the Colorado Springs area.

Ultimately, Karchut hopes neighbors will stay informed and involved. “It’s important to contact City Council. You can call or email councilmembers and come to the meetings and provide input,” Karchut said.