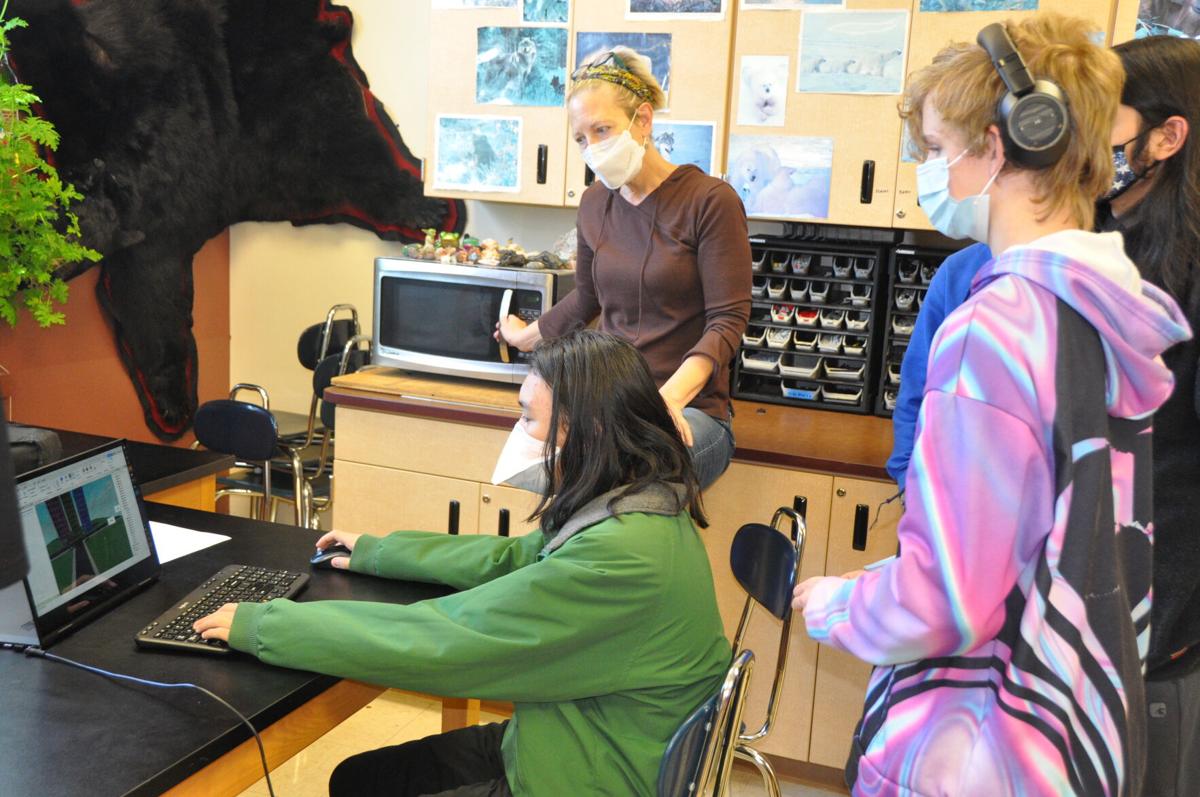 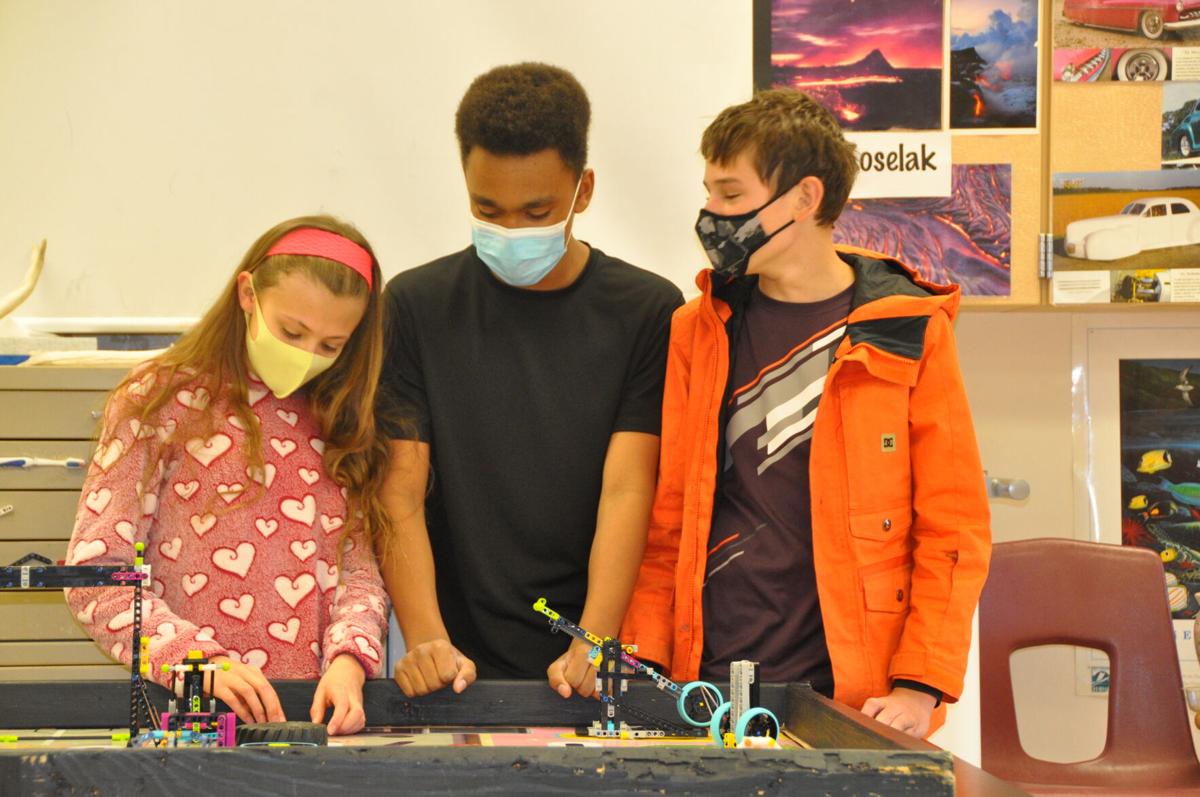 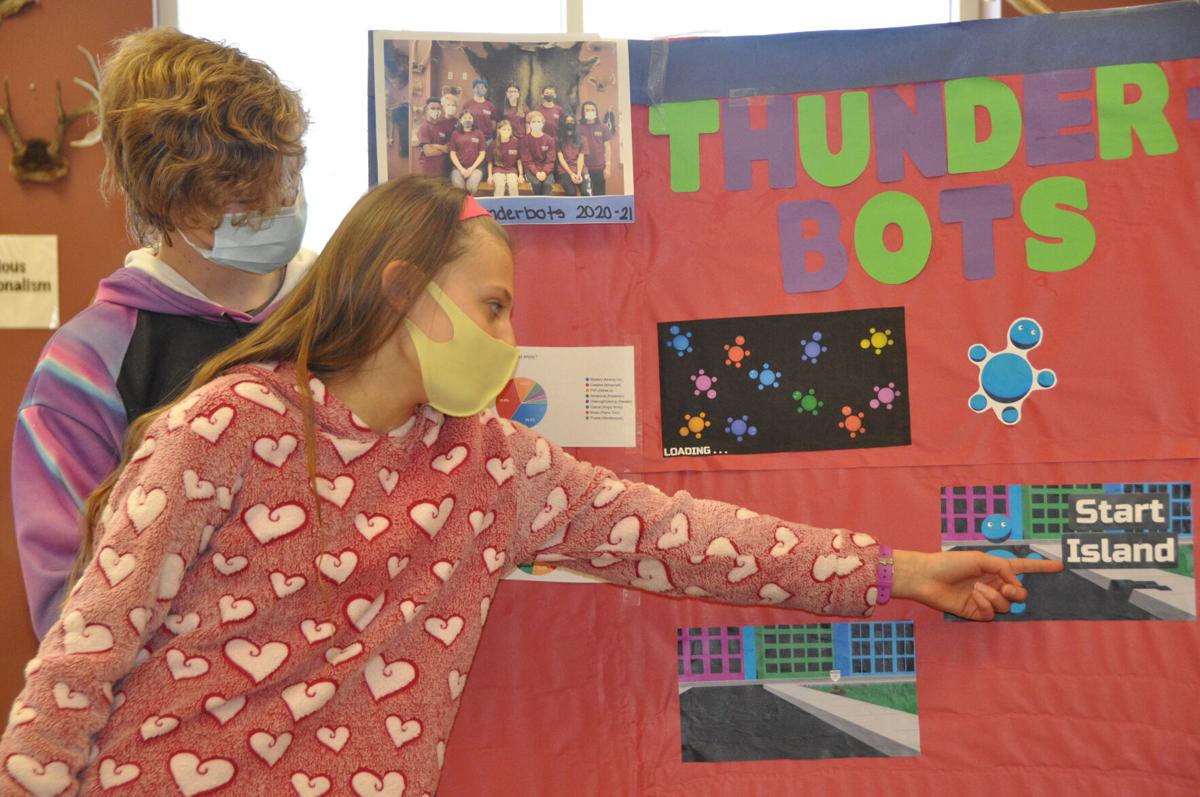 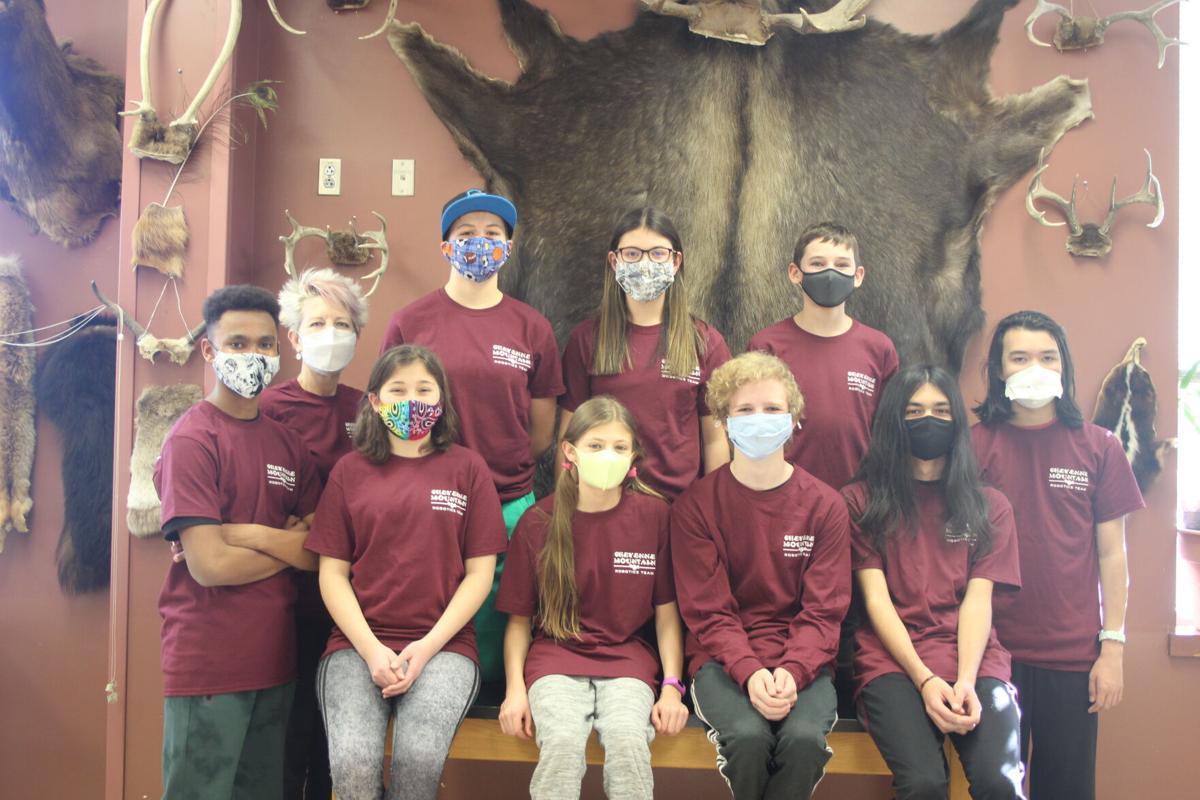 The Cheyenne Mountain Junior High School robotics team moves on to the FIRST LEGO League Challenge State Championships this month after taking a first place award in a regional competition.

The team competed against 12 other schools during the March 13 virtual event. They now will represent Cheyenne Mountain School District 12 by competing against 20 other teams in the Colorado FIRST LEGO League Challenge State Championship on April 24 in Golden.

“I am so proud of the team. Everyone came together to pull it off and we did,” Meghan Stengel said as teammates nodded their heads in agreement.

FIRST LEGO League is an international competition organized by FIRST for elementary and middle school students. Each August, FIRST LEGO League introduces a scientific and real-world challenge for participants to research and present to judges. The competition includes designing and programming LEGO Mindstorms robots to complete tasks, solving the problem presented and sharing their knowledge.

FIRST (For Inspiration and Recognition of Science and Technology) is a robotics community that prepares young people for the future through a suite of inclusive, team-based robotics programs that can be facilitated in school or in structured afterschool classes.

This year’s theme, “Replay,” inspired people to be more active. Statistics show many people are not active enough and that creativity can help motivate them to be more active. According to coach Laura Koselak, the team used the app Pokémon Go! as inspiration for their own app because it inspires people to get outside and move.

“The team’s app is similar in that regard, but in the team’s app, the person is collecting materials to use in the game,” Koselak said.

The team built its project from Lego pieces and worked with Lego-produced robots. They prepared a short presentation on their design, programs and strategy and for their game, practiced approximately 2.5-minute matches to complete as many missions as possible.

The team had to apply teamwork and discovery to explore the challenge, innovate with new ideas about their robot and project, and show how the team and their solutions will have an impact.

By embracing FIRST Core Values, the Thunderbots learned that friendly competition, mutual gain and assisting each other is the foundation for teamwork.

“Students practiced what core values are all about and the judges reacted favorably to how they interacted with everyone,” Koselak said.

The team first got together after school reconvened in August. Students met from 7 to 8 a.m. on Tuesdays — some virtually. Through teamwork, they learned to brainstorm and troubleshoot to solve challenges.

For Marcus Craig-Young, turning an idea into reality was the most challenging aspect of preparing for the competition. “Working to get an idea off the ground took a while, but we did it. For as much as the team is awesome, the end result was rewarding,” he said.

Considering an engineering career inspired Laura Johnson to get on the Thunderbots team. “I want to study engineering, and robotics and serving with the team seemed like the natural thing to do,” she said.

Thomas Abbott said participating in robotics has offered him an opportunity to learn. “I got involved in robotics in the fourth grade, and learned about teamwork and how to work out conflicts among team members,” he said.

Chris Novell would like to see more schools participate in robotics because, “It’s a great learning opportunity and a chance to make new friends.”

Raphael Reed-Sigala agreed, adding, “In robotics you have to constantly improve yourself. It’s a lot of perseverance which helped me in my schoolwork.”

For Trevor Zuzza, having fun away from his work bench relieved stress and helped prepare him and his teammates for resuming their exercises once they had a break. “We had a great time playing tag and hide-and-seek after class was excused,” he said.

Coach Koselak couldn’t be more proud of the teams’ performance, she said. “They are such a well-oiled team that I am more of a hindrance than an asset to them,” Koselak said with a chuckle.

She thanked the area’s elementary school teachers for instilling excitement in students, and parents for supporting students and the robotics program. She also expressed thanks to CMJH Vice Principal Candice Johnson for helping obtain a Robotics II program so students can explore artificial intelligence and programming in the robotic and automation industry.

Although robotics is a challenge that isn’t for everyone, Thunderbots member Amara Davison encouraged other students to check it out because, “As kids we played with LEGOs because it involves building and technology.”

Lily Christofferson encouraged other junior high students to consider getting involved with the group and with robotics because of the teamwork concept. “I am proud the team won the core values award because we value teamwork above everything else,” she said.