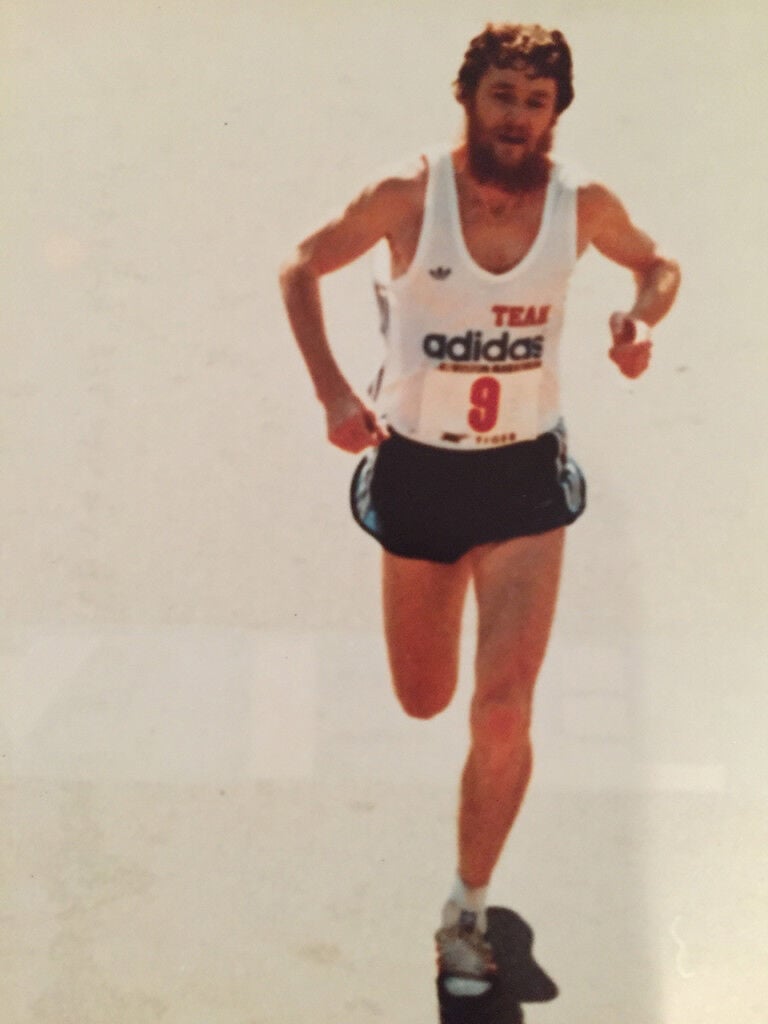 Bob Wallace, pictured here in an undated photo, was an elite runner and marathoner. The Cheyenne Mountain-area resident died June 21 after an illness. He was 69. 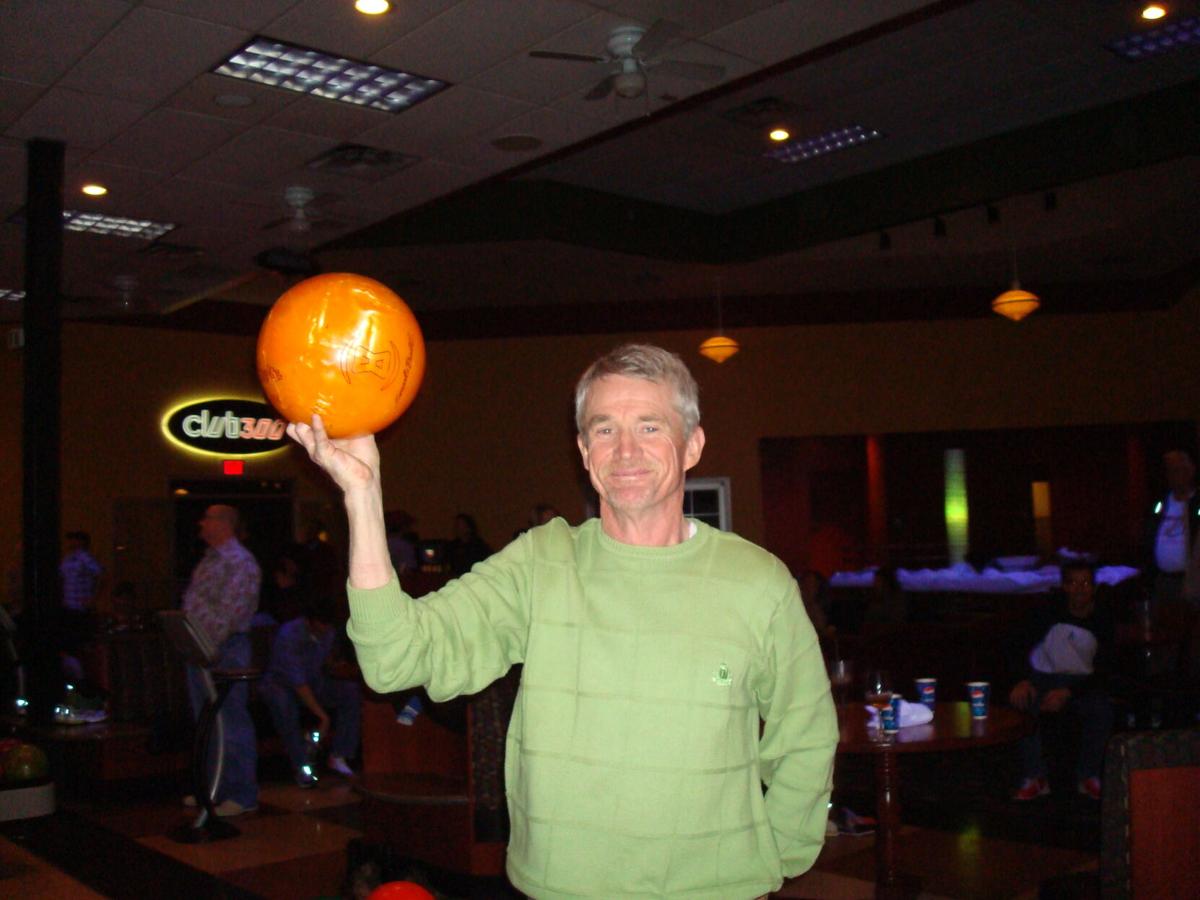 In addition to his marathon skills, Bob Wallace also was an avid bowler. 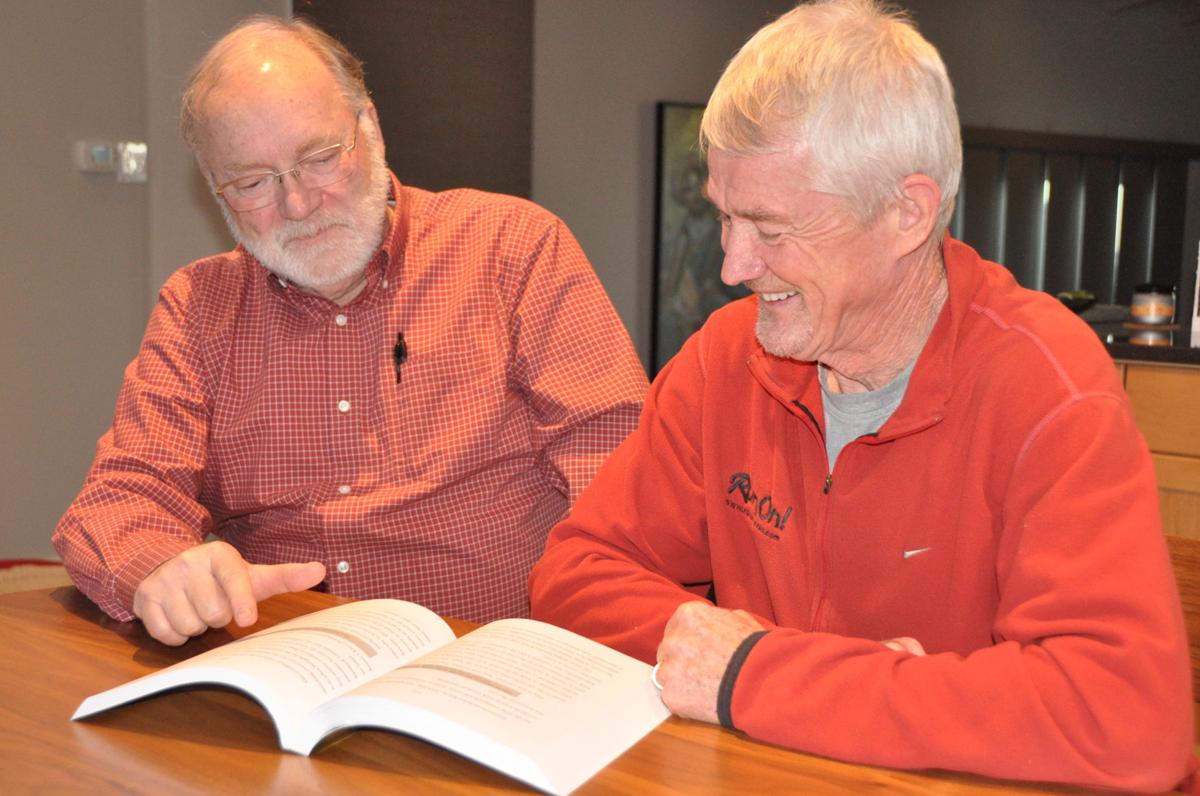 In this 2018 file photo, Australian marathon champion Bob Wallace, right, and Cheyenne Mountain resident Fred Cox review a book they co-authored to prepare runners for the most grueling of long distance races. 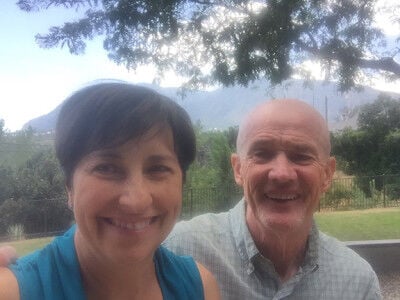 Bob Wallace, pictured here in an undated photo, was an elite runner and marathoner. The Cheyenne Mountain-area resident died June 21 after an illness. He was 69.

In addition to his marathon skills, Bob Wallace also was an avid bowler.

In this 2018 file photo, Australian marathon champion Bob Wallace, right, and Cheyenne Mountain resident Fred Cox review a book they co-authored to prepare runners for the most grueling of long distance races.

According to a tribute provided by his wife of 24 years, the former Rebecca Salinas, Wallace was the king of sarcasm and possessed a self-deprecating humor. His humor could diffuse and argument or breathe life into a dying business venture, and his optimistic nature was infectious with whomever he came in contact, often fueling a “can-do” spirit among non-believers.

“If you want to know the kind of husband Bob was, he put toothpaste on (Rebecca’s) toothbrush every night. This is where Bob would say, ‘She was my better half,’” the tribute read.

Admired for his humor, Wallace will be best remembered as a champion marathon runner. During his lifetime he ran 20 marathons in under 2:20:00, captured several first place honors and shunned the spotlight.

Born June 21, 1951 and raised in Croydon, Australia, near Melbourne, Wallace first donned his running shoes at age 12 when his teacher, Roy Whitehead, ordered him to run in the rain.

Wallace ran with the Richmond, Melbourne-based athletics club, the Richmond Harriers, and at 18 received a track scholarship to California State University, Long Beach. He later attended the University of Texas at El Paso (which he dubbed, “Harvard on the border”), where he secured two conference records in 1974 and earned a bachelor’s degree in business administration.

He placed second at the 1976 Australian Olympic trials marathon (his first marathon) and won the Australian Marathon Championship in 1977.

Wallace ran his fastest time in the June 1981 Grandma’s Marathon in Duluth, Minn., clocking in at 2:13:14, and represented his native homeland in the 1982 Brisbane Commonwealth Games.

That same year, Wallace participated in the famed Boston marathon, finishing 9th with a time of 2:17:00. History has it that upon returning to his hotel room, Wallace encountered a cleaning lady who asked how he did. When Wallace said he finished 9th, the woman replied, “Better luck next year.”

In 1995 Wallace bought a struggling Dallas running store and renamed it Run On!

According to Rebecca, Wallace once ran after thieves who fled the store clutching unpaid merchandise, shouting, “You’re never going to outrun me.” Wallace was nationally recognized by the industry for building a successful chain of running stores before retiring in Colorado Springs in 2014.

Wallace and Broadmoor resident and physician/marathoner Fred Cox teamed to author a book designed to prepare runners for the punishing 26-mile, 385-yard endurance race. “Running Your Bucket List Marathon: Everything You Need To Get It Done” contains information helps runners avoid the problems that frequently result in injury and failure.

The book offers advice on subjects ranging from pacing and measuring aerobic fitness to ordering shoes and reserving a hotel room located near the marathon site.

“Runners get hurt because they didn’t prepare for the race. This book spells everything out for them. If you dedicate yourself to this book for five to six months, you might have a good chance at finishing a marathon,” Wallace once said.

People were drawn to Wallace because he taught them how to believe in themselves, and because he knew how to bring out their personal best. Rebecca’s tribute continued, “This is where Bob would say, ‘Shut up and run.’”

After being diagnosed with a brain tumor in February 2019, Wallace continued to run, bikes, hike and climb mountains, tend his garden and shower attention on his canine companions Bullet, Marley and Rocket.

Those who knew him probably would agree that Wallace embraced the rest of his life with the same competitiveness that made him a legend in the marathon community.

To sum up Wallace and the legacy he leaves behind, his wife’s tribute continued, “Those whose lives were touched by Robert Wallace no doubt feel an inexplicable emptiness without him in this world.”

Along with Rebecca, he is survived by their daughters, Yvonne Winchester and LaRoux Wallace and her husband, Paul; a grandson, Jack; a brother, Jack; and sisters Jane and Angela.

Donations in his memory may be made to the Cheyenne Mountain Zoo, Humane Society of the Pikes Peak Region, or an animal rescue group of choice.