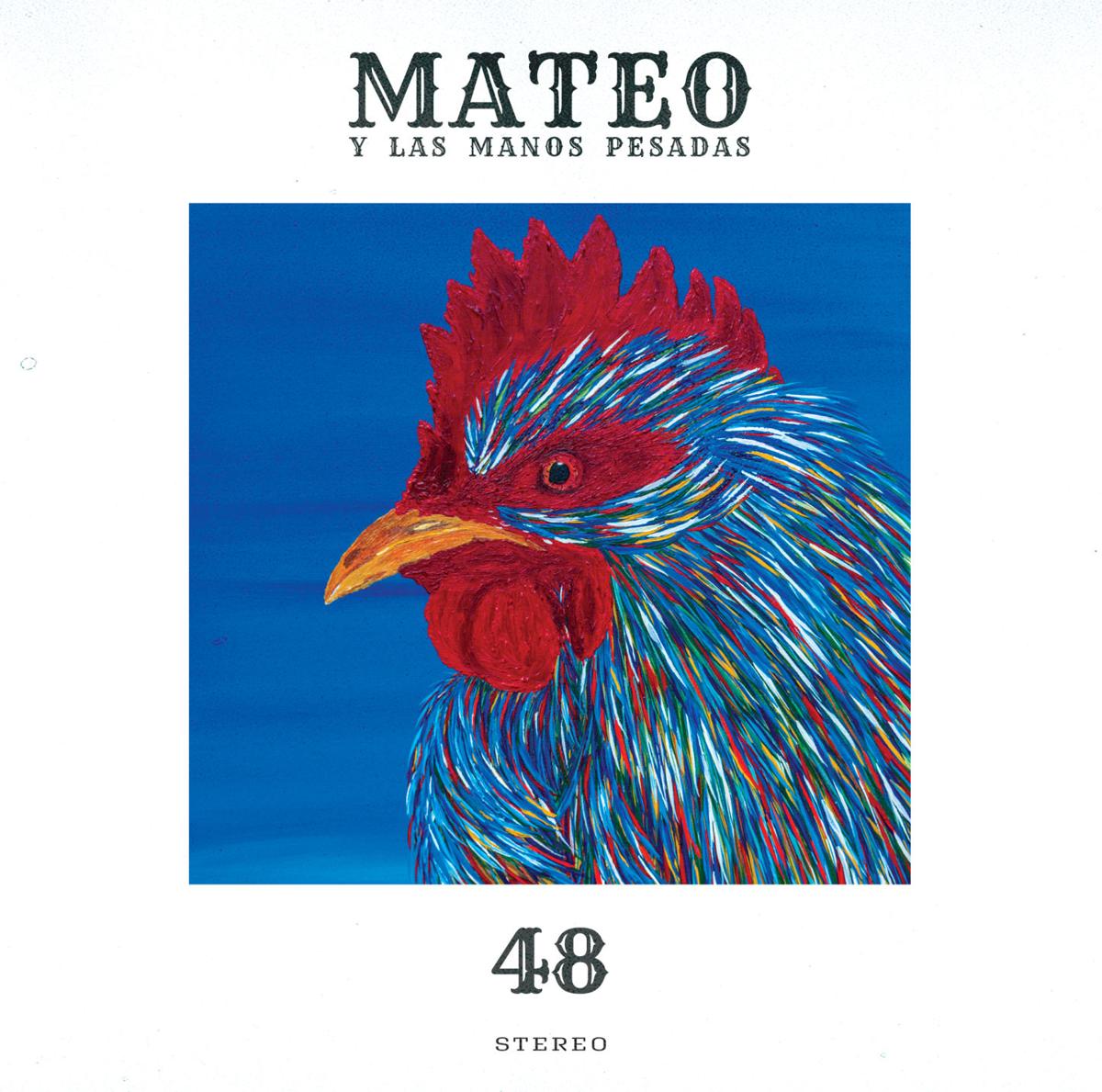 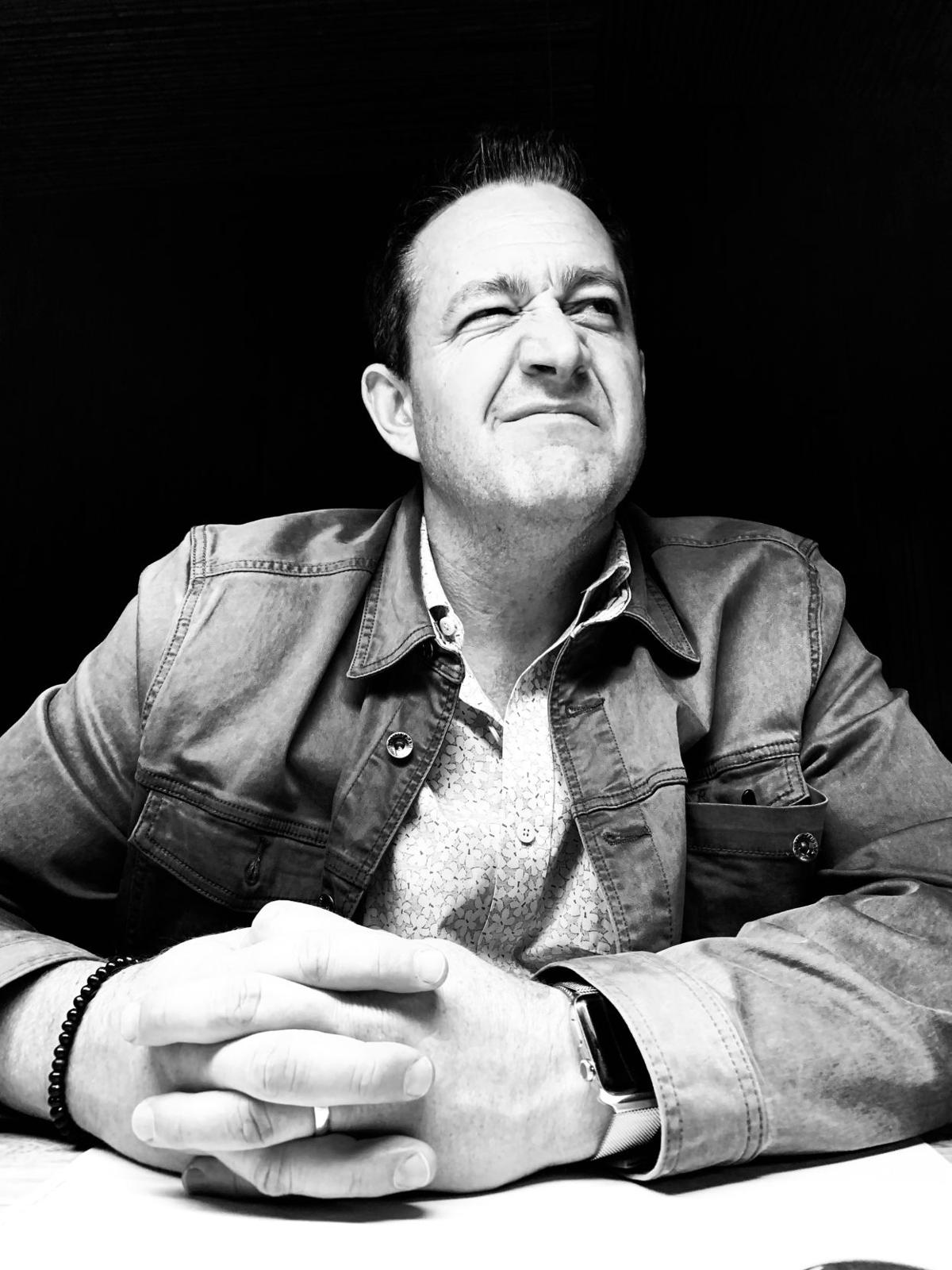 Singer-songwriter Matt Craddock and his band, Mateo Y Las Manos Pesadas (which translates to “Matthew and the Heavy Hands” — a nod to Craddock’s band in the 1990s) released a new album in September.

The sold-out album-release party, held Sept. 27 at Ivywild School, seated over 300 and featured 12 local and international musicians performing a fusion of minstrel, Latin-American and rock-western music.

The arrangement consisted of brass, percussion, keyboard, guitar, bass guitar and drums, with Matt on lead vocals and guitar. Many of the featured musicians also helped to create the album, which was recorded at Mighty Fine Productions in Denver, as well as the White Lemon Recording Studio in Bogota, Colombia.

Craddock grew up in Colorado Springs and is a 1989 graduate of Cheyenne Mountain High School. After high school, he moved to California where he started his own recording company, Cross-Grain Recording. There he managed five bands before his return to Colorado several years later.

When asked about his experience as a manager-producer, he said, “It set me up for the stage for all the stuff we’re doing now and it’s changed immensely. It’s been a huge learning curve, everything from the studio to the technology, marketing and social media is a lot different.”

Craddock was inspired by music icons including Bob Dylan, Neil Young, Lou Reed, The Band, and The Grateful Dead.

Craddock expressed great respect for the people that dedicated their time and talent to the making of this new album. Many of the songs that were recorded have been carried with him for over two decades.

“I didn’t write a lot of material over the last 23 years, whereas I used to just pump out ideas, but my life became focused on family and work,” he said.

Craddock spent two weeks recording in Colombia and developed many connections as well as inspiration from many Central and South American musicians and cultures.

“The artist that comes to mind right now is Carlos Vives ... I love the ballads, I love the arrangements, even if I don’t understand it or know what they’re saying, I just love how beautiful it is.”

The album debuts nine original tracks written and composed by Craddock inspired by personal and emotional events throughout his life. Such songs include “Captain America,” which has been coined the signature song of the album. Originally written when Craddock was 19, it’s a collaboration with Alfred Gómez Jr., a singer-songwriter and producer from Caracas, Venezuela, who helped with the composition as well as a Spanish translation of the song.

“Alfred is one of the most creative people I’ve ever met in my life. He’s unbelievable. He’s been abroad in Buenos Aires the last several years and was recently up here in the United States for a little over a month and then traveled to Mexico and then [back] to Venezuela until February,” Craddock said.

Craddock expressed a passion for civil rights in South America, saying, “That country has been through the wringer. That’s probably the only politics we ever get into, every now and then, a shoutout to free Venezuela, but I try and avoid the politics and that kind of stuff.”

When asked about advice for young musicians trying to make it in the music scene, Craddock offered, “You can’t do it all at once. There are guys like John Mayer who’s a freak of nature and not everybody’s like that. You need to find good people.

“For example, Jack Henry who played in the show [at Ivywild] is only 17 years old, and a Cheyenne Mountain graduate. He will be enormously successful, he is a great guitarist, great producer. He understands every instrument and I think, the foundation of the piano and having at least a couple of years of piano, even if you’re a passionate guitarist, by understanding that structure of how all of it fits together onto a page truly helps.”

Although he’s currently recovering from a recent surgery, Craddock expressed an ambition to continue recording and performing in the near future.

“We’ll play at least two to four times a month, mainly in Colorado for now, and we’ve done some applications out of state for different showcase events,” he said.

When he’s not writing, recording or performing, Craddock works at local and family-owned Craddock Commercial Real Estate and enjoys local events as well as spending time with family and friends.

Visit mateoylasmanospesadas.com for more information about the band and to purchase a copy of the new album ($9.99).