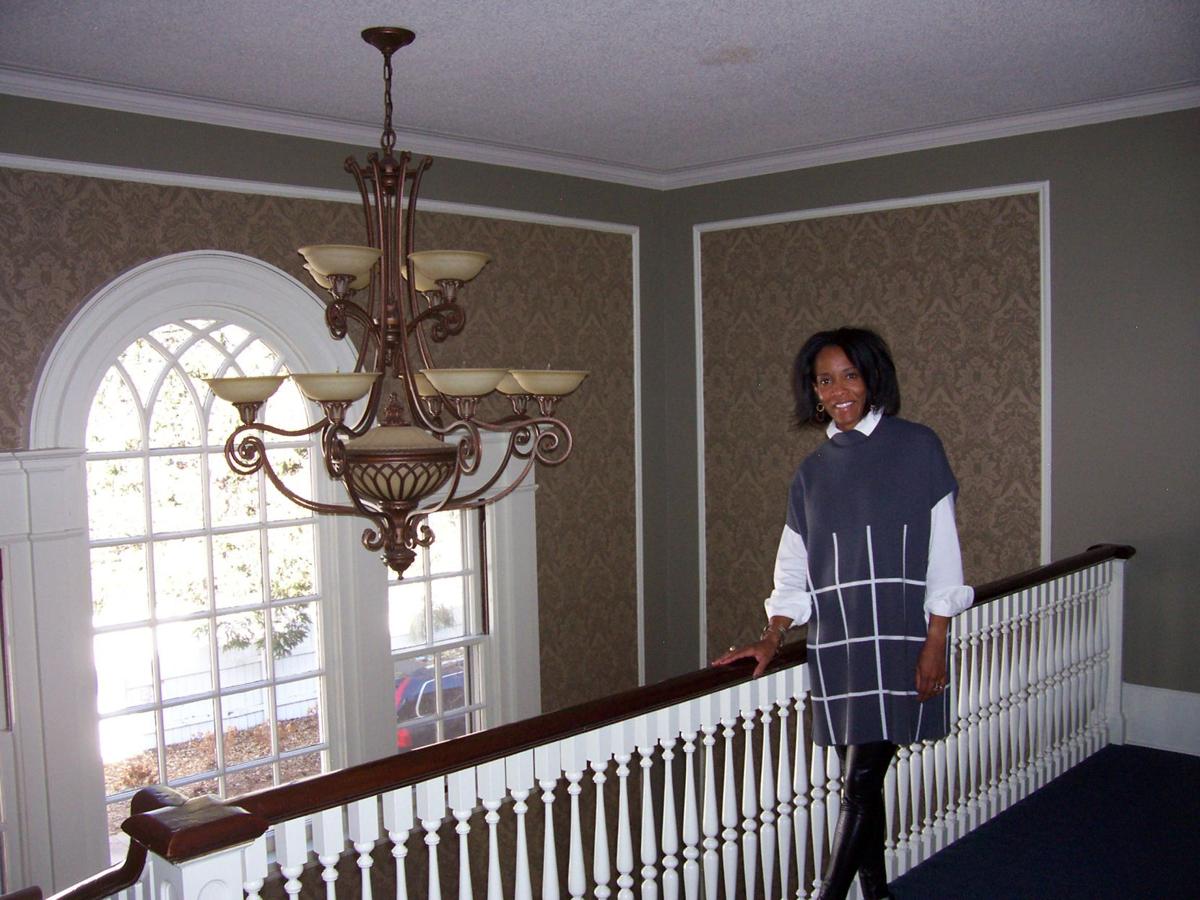 Tiffany Williamson Kelly, director of alumni and family relations at Colorado College, standing in the second floor hallway of the Tutt Alumni House. 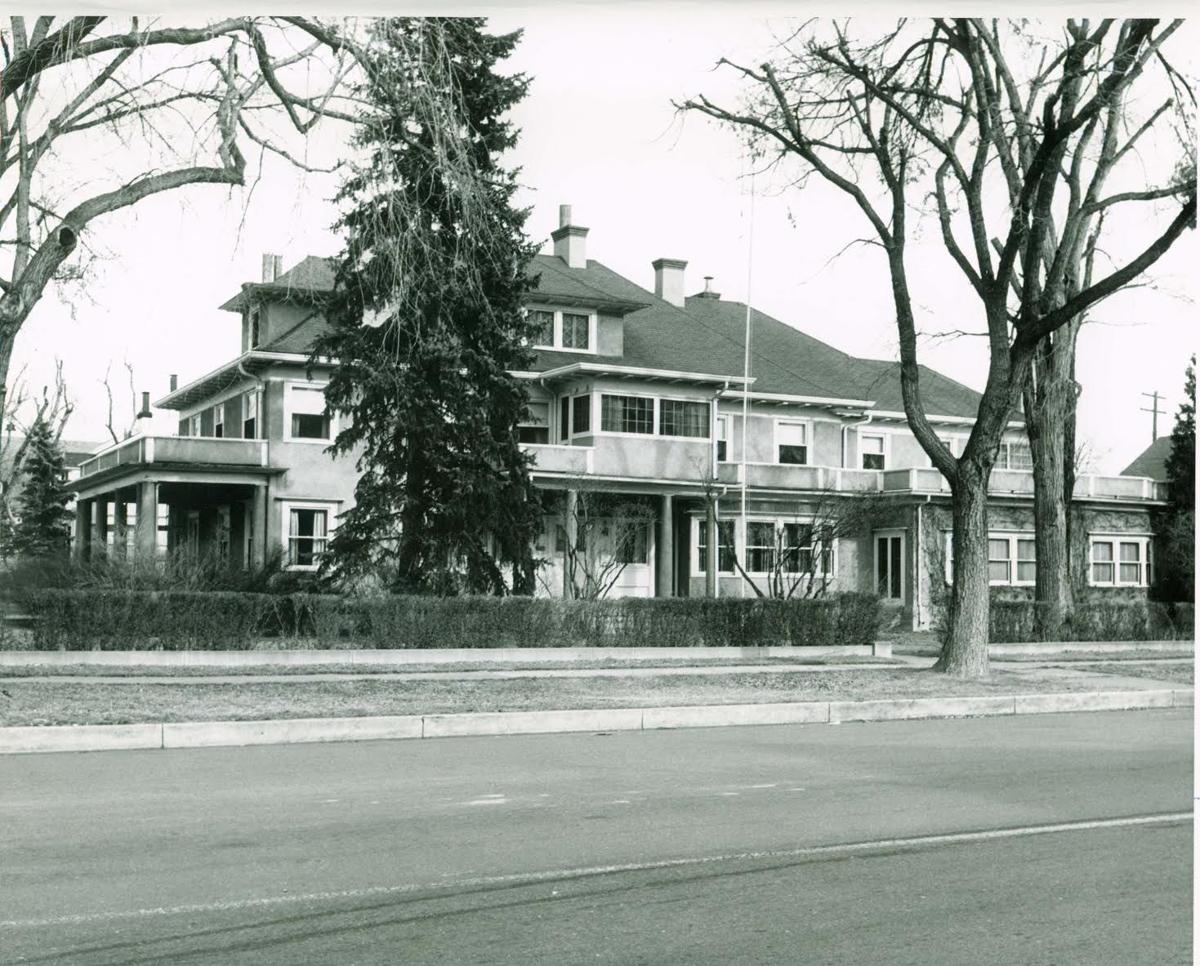 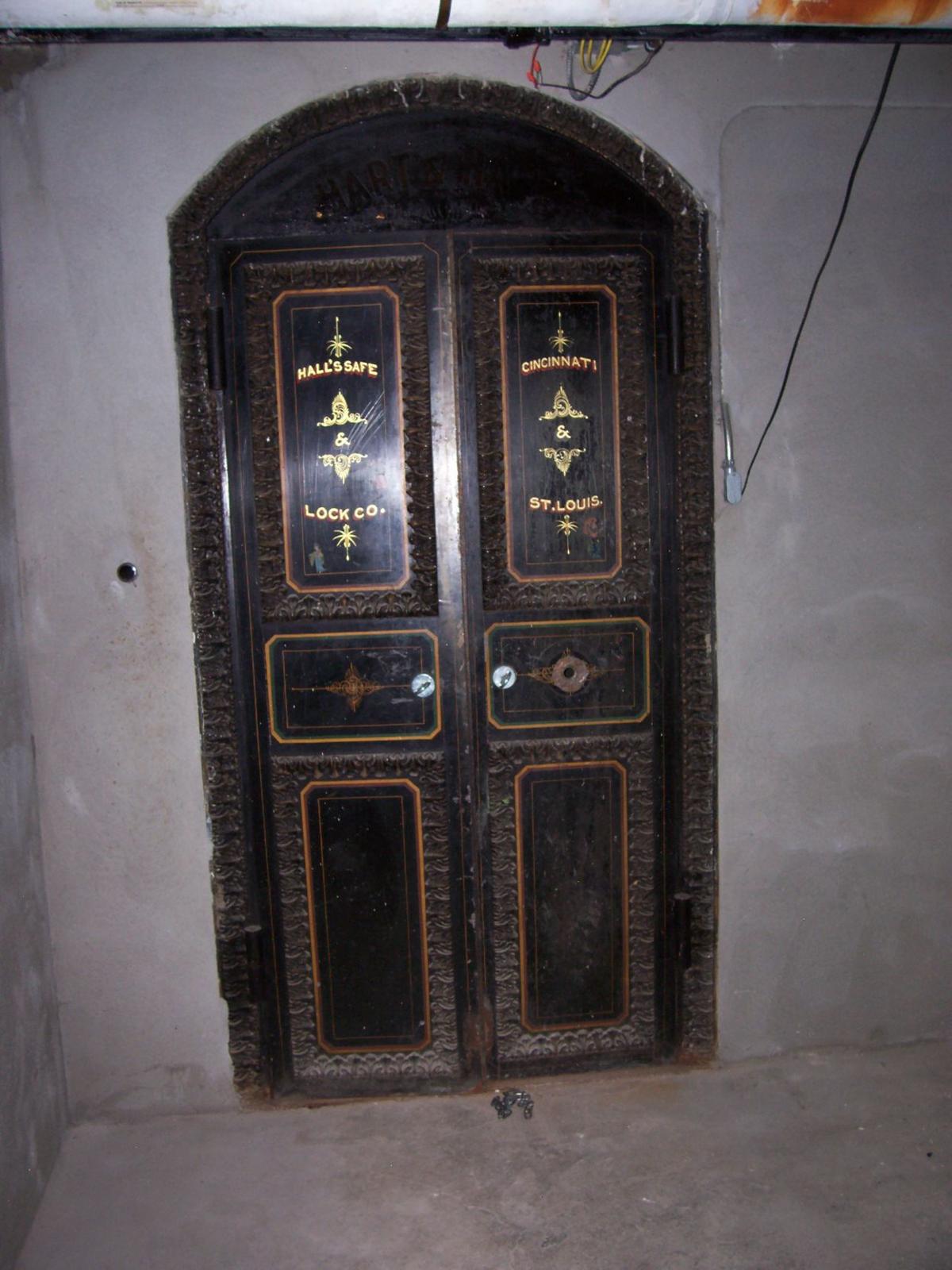 The armored door in the basement leads to a large storeroom where Spencer Penrose allegedly hid part of his wine collection during Prohibition. 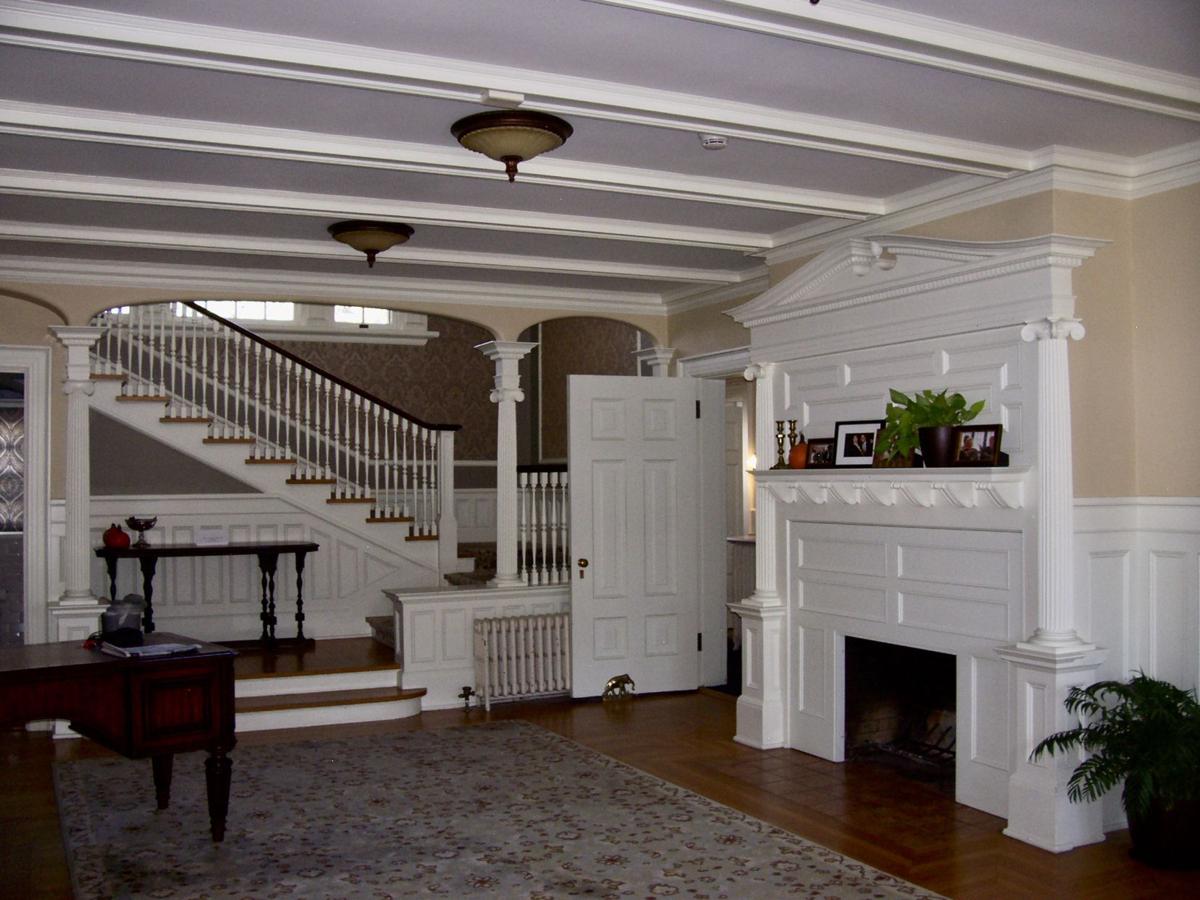 View of the large foyer showing the lovely fireplace, and graceful staircase beyond the ornate columns and archways. 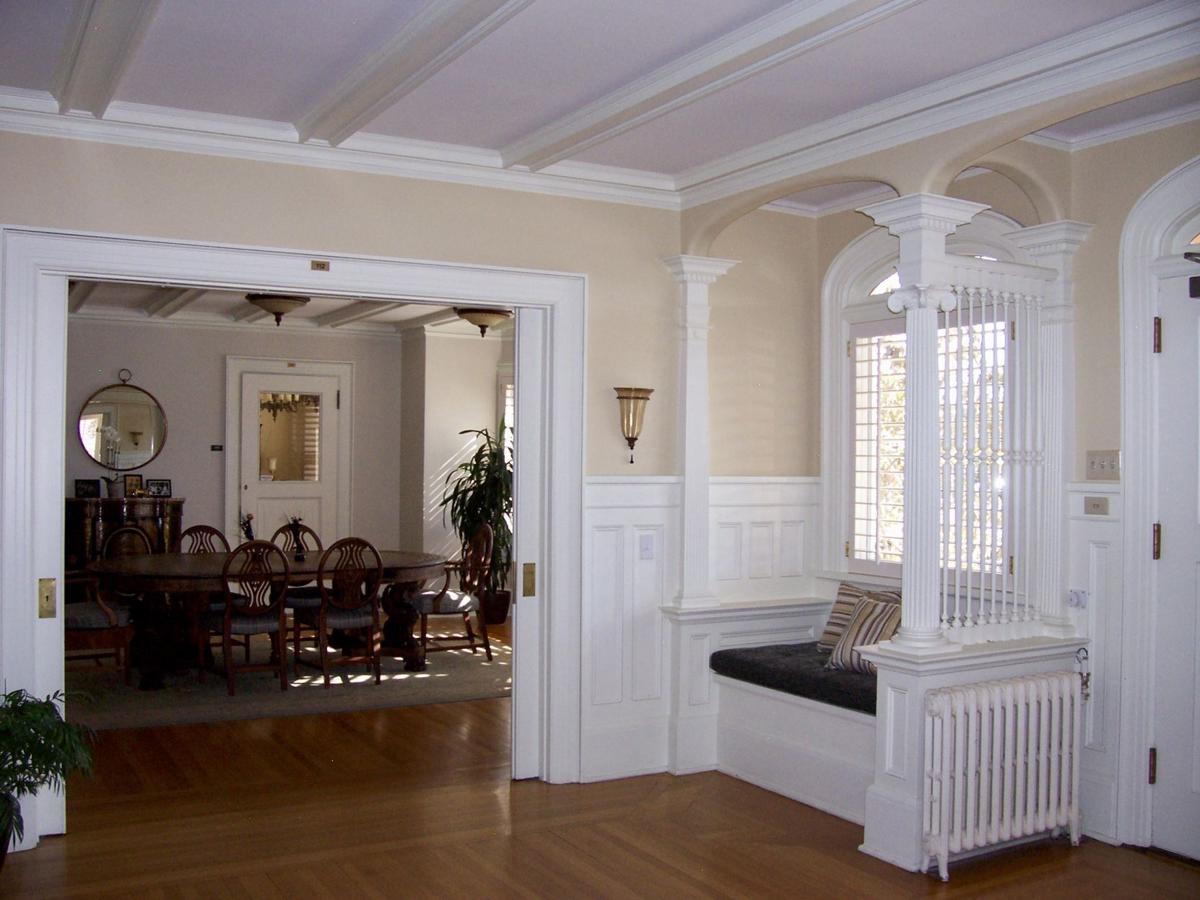 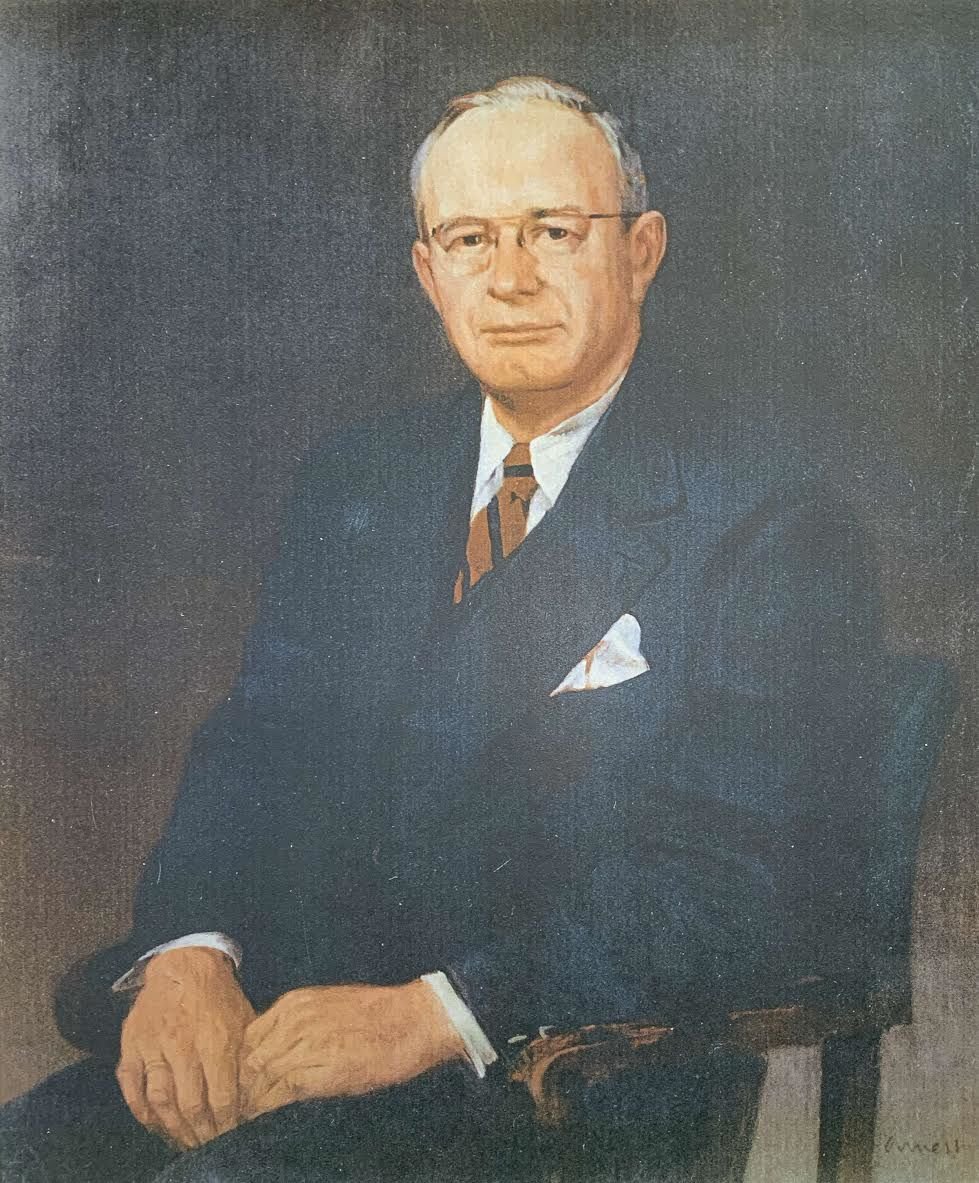 Tiffany Williamson Kelly, director of alumni and family relations at Colorado College, standing in the second floor hallway of the Tutt Alumni House.

The armored door in the basement leads to a large storeroom where Spencer Penrose allegedly hid part of his wine collection during Prohibition.

View of the large foyer showing the lovely fireplace, and graceful staircase beyond the ornate columns and archways.

Completed in 1898, the home was designed by Colorado Springs architect Edward C.G. Robinson to be his own residence. He designed multiple houses in town, including several others along North Cascade. Renowned local architect Thomas MacLaren wrote that Robinson was a master of Colonial design, and helped popularize its style in the city.

Charles Leaming Tutt Sr., business partner of Spencer Penrose, purchased the landmark home in 1905 or 1906, a few years prior to his untimely death at age 45. Tutt played a significant role in the development of the Colorado Springs area through mining investments in Cripple Creek, and mining and processing facilities in other parts of Colorado and Utah. After Tutt’s death, his son, Charles L. Tutt Jr., became an employee and business associate of Spencer Penrose. Tutt Jr. raised his five children in the North Cascade home, and four generations of the Tutt family occupied the house over the next 50 years.

The mansion was obviously built for a wealthy turn-of-the-century household. Much of the original features remain, and entering the home truly feels like a step back in time to a more genteel, refined era. The spacious foyer alone is a treasure with decorative columns, fluted pilasters, opposing built-in benches, and a white marble fireplace. Beyond the chandeliers rises the main staircase underneath a large Palladian window.

The whole house is full of light, bringing in the sunshine while maintaining an air of privacy despite its location at the busy intersection of Cascade and Uintah. To the left of the foyer is an oversized but welcoming living room that runs the width of the house, and is flanked by two matching fireplaces. One can imagine this room being the scene of gay social events and family gatherings with fires blazing, and soft lighting from the twin brass chandeliers.

To the right of the foyer lies the formal dining room with yet another fireplace. The home has a total of nine fireplaces. Again there is an echo of times past when dining and entertaining were done in a lavish and sedate style. A large study/family room, known as “Charlie’s Room,” is located beyond the dining room. In the past the shelving was filled with a collection of Southwestern artifacts, and the walls were decorated with stuffed heads of wild game.

Although the kitchen has been modernized, two butler’s pantries remain, along with various areas that would have been used by the servants, including a back stairway. On the third floor are several servant’s bedrooms, storage rooms, and one bathroom to be shared by the live-in help. The woodwork, flooring, and ornamentation are naturally more modest on this floor than in the family areas of the house.

On the second floor, six bedrooms, two sleeping porches, and four tiled bathrooms accommodated the large Tutt family. The extensive built-ins of drawers, shelving, cabinets and closets remain. Of note are multiple transoms and inside windows allowing for optimal light and air circulation. Sleeping porches were common during this era, and apparently Charles Tutt Jr. always slept on the porch adjoining the master suite.

It is interesting to observe that the front bedrooms are all connected through doors that did not open into the hallway. Possibly this was for privacy, convenience, or propriety so one could move between the nursery, bathroom, etc. without making an appearance in the more public center hallway.

There is a full basement for storage and utility systems. A pair of full-length doors that appear to be to a safe disguise the entrance to a large hidden cellar room. The legend is that Penrose used this space to hide part of his extensive wine collection during the Prohibition era.

In 1959, 1205 N. Cascade was gifted to Colorado College by Mr. and Mrs. Charles L. Tutt Jr. and members of their family. Some members of the Old North End neighborhood were resistant to the home being used for anything other than a residence, and use variances were restricted. Consequently the residence was used as a rental property for the next 25 years.

In 1985 it became the Tutt Alumni House. Since that time, the lovely venue has been used for alumni programs including meetings, receptions and general entertaining. It also houses office space for alumni staff.

“We are grateful to have this gem as part of our campus, and as an integral part of the alumni community,” said Tiffany Williamson Kelly, director of alumni and family relations at Colorado College.